Property in Varna region for sale and rent

Varna is the biggest city at the Bulgarian Black Sea coast. It is nestled in the deep valley between the Frengen Plateau and the Avren Plateau, where two lakes were formed during the polyotsen - the Beloslav Lake is to the west of the city and the other - Varna Lake is within the limits of the city itself. Varna is a city over 11 km long, its width, including the new residential quarters is nearly 9 km. The city is like an amphitheater and follows the curves of the Bay of Varna.

It is surrounded by lots of gardens, vineyards and deciduous groves. Almost the whole territory is occupied with private country-houses and their small farms. The city is a regional administrative centre.

There is no wonder that Varna is announced to be the sea capital of Bulgaria. Its thousand years old history and the archeological remains of different epochs and civilizations, make the town very interesting. Its strategic location on the sea coast is additional advantage for the town. Some of the most prestigious Black sea resorts are situated nearby the city- Albena, Golden Sands, St. Constantine and Helena. Thousands of tourists are attracted by the wide beaches in the city and its vicinity and transform it into a live city with active cultural and dynamic night life.

Varna's public transport offers over 60 bus lines that travel to various destinations. Some of the buses travel to the nearby resorts (20 km away from the city). There are trolley buses available in the city as well. 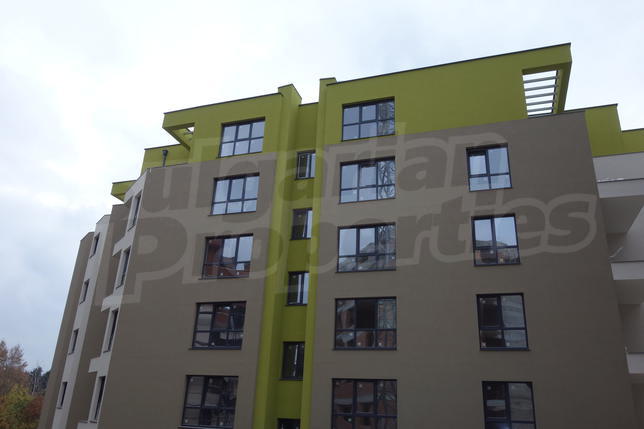 For sale
Luxury residential complex Karavella Green Park Varna , Quarter Mladost New apartments in natural greenery and fresh air, with sea views in Mladost quarter Choose your new home in the beautiful Karavella Green Park residential complex, consisting of two 6-storey buildings with preferred location in Mladost quarter in the sea capital Varna. It is set next to one of the main boulevards of the city - Slivnitsa, which provides quick
from € 44 000
59.66 m2 - 174.00 m2 (737€/m2)
Type of property: Apartments (various types) 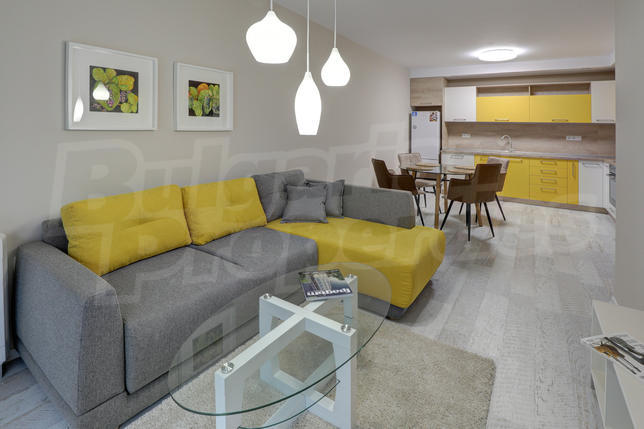 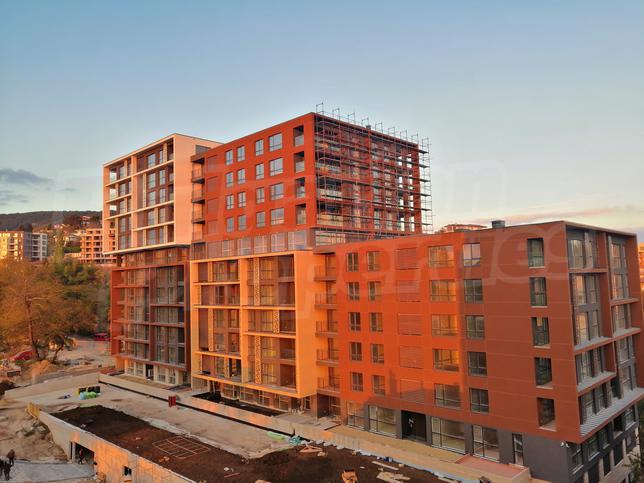 For sale
new
Modern residential complex in Briz quarter in Varna Varna , Quarter Briz Apartments with underground parking lot, park area and central location We are pleased to present to your attention a complex of two residential buildings with a total area of ​​43,000 sq.m. in Briz quarter in Varna, on the second line from Vasil Levski Blvd., with convenient and quick access to a hypermarket, sports hall, schools and
from € 64 400
72.28 m2 - 218.46 m2 (890€/m2)
Type of property: Apartments (various types) 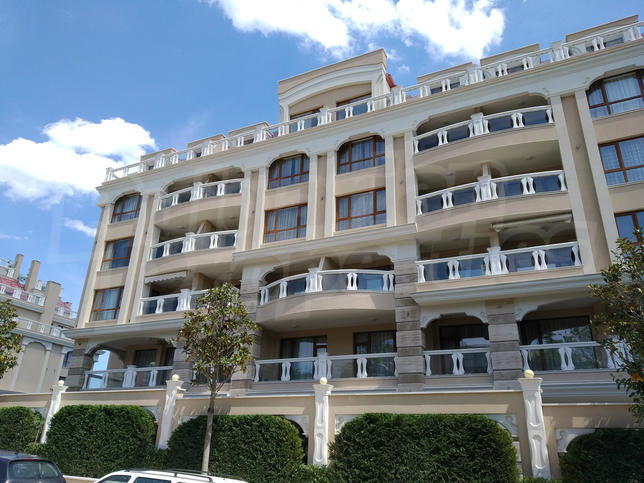 For sale
new SOLE AGENT Luxury WATERFRONT
1-bedroom apartment in the luxury gated complex La Mer Near Varna , Varna Free University Holiday property on the first line to the beach, in ecologically clean suburban area of ​​Varna We are pleased to offer for sale a newly-built one-bedroom apartment (2013) in the gated complex La Mer, offering luxury homes with high quality of life, many extras and amenities, as well as wonderful location - on the first line to the sea. The apartment is suitable for both
€ 59 900
78.13 m2 (766€/m2)
Type of property: 1-bedroom apartment 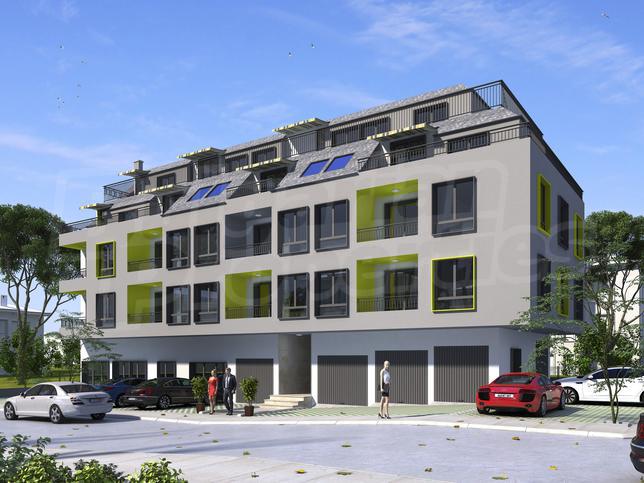 For sale
Spacious apartments, garages and parking spaces in new building with preferred location Varna , Quarter Kaysieva gradina Comfortable homes next to schools, hypermarket, medical center We offer for sale stuidos, 1- and 2-bedroom apartments, garages and parking spaces in a new building (start of construction - July 2020) in Kaysieva Gradina district, with landscaped space around the block. The area is extremely communicative, with quick and easy access to bus
from € 23 000
30.00 m2 - 115.00 m2 (766€/m2)
Type of property: Apartments (various types) 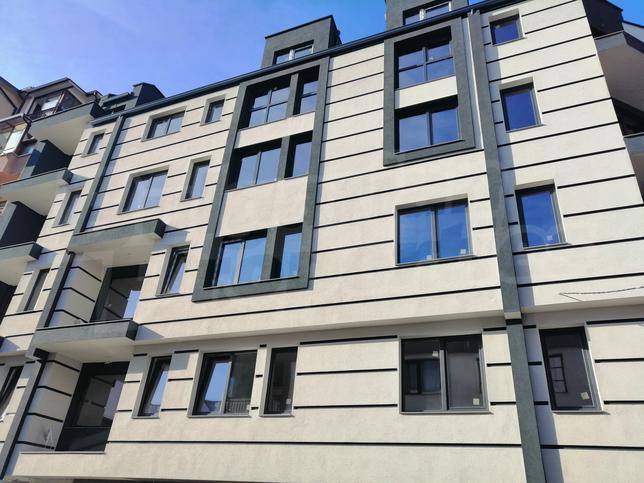 For sale
New apartments in Levski district in the sea capital Varna Varna , Quarter Levski Apartments with preferred location near the University of Economics, school, amenities Newly built six-storey building with an elevator in the preferred residential district Levski. The construction of the building started in August 2019. Expected Act 16 (Permission for use) - April, 2021. The building is located on a quiet street with quick access to main
from € 57 000
61.08 m2 - 82.67 m2 (933€/m2)
Type of property: Apartments (various types) 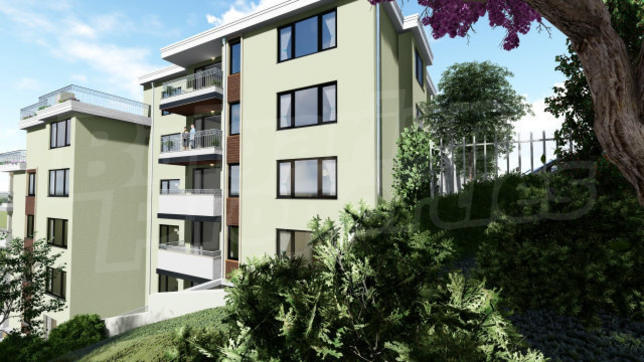 For sale
Top Location Building near the Sea Garden in Varna Varna , Quarter Briz Two-bedroom new apartments in Breeze New residential building in Breeze quarter with the last two-bedroom apartments available for sale. Located opposite the Sea Garden near ParkMart, bus stop, schools and many daily amenities. The excellent location provides quick access and mobility to the downtown, the
from € 70 000
74.50 m2 - 87.61 m2 (939€/m2)
Type of property: 2-bedroom apartments 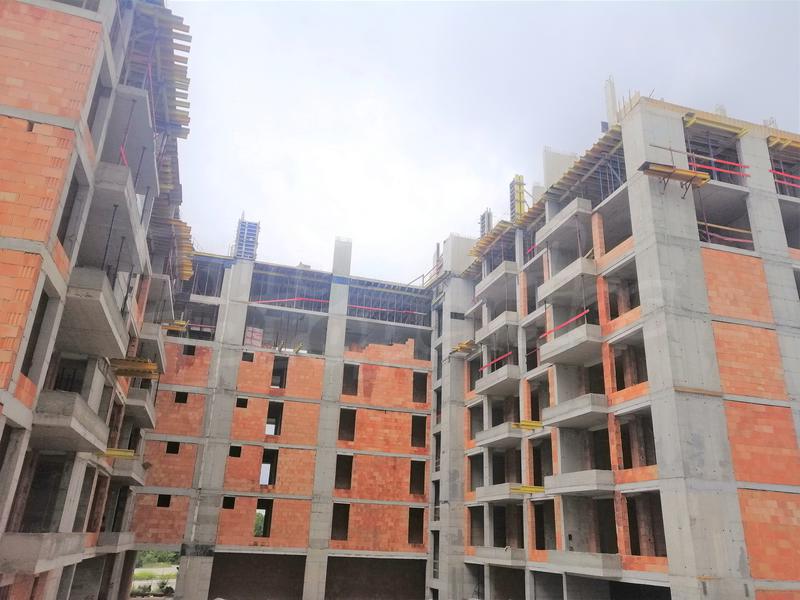 For sale
New residential project in the preferred Troshevo district Varna , Quarter Troshevo 1-, 2- and 3-bedroom apartments in modern building with underground parking lot We offer for sale the newest project in the preferred residential area of ​​Troshevo, between the key boulevards Slivnitsa, Republika, Jan Hunyadi, Vladislav Varnenchik. Start of construction - January 2021. End of construction - two years after the start. The
from € 34 000
65.78 m2 - 141.33 m2 (516€/m2)
Type of property: Apartments (various types) 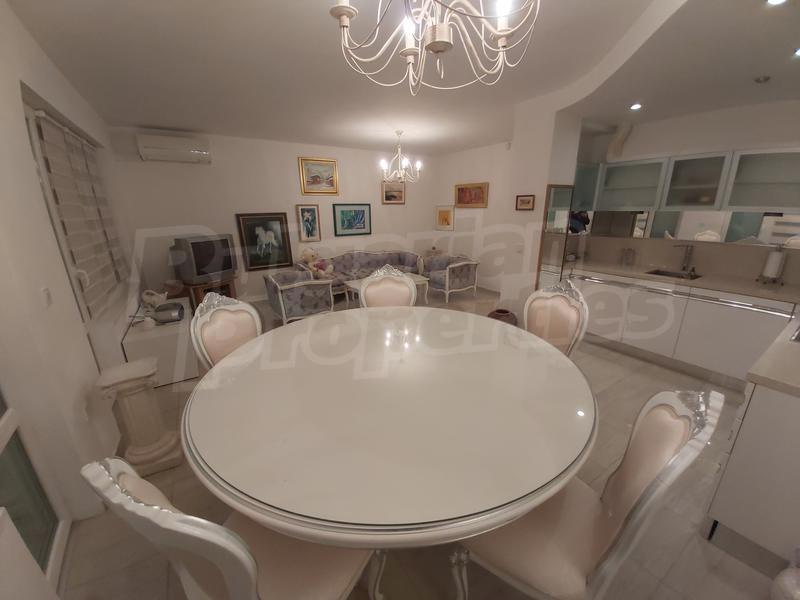 For sale
Luxury
Luxuriously furnished maisonette with parking space in Briz quarter in Varna Varna , Quarter Briz Two bedroom apartment in one of Varna's most preferred neighborhoods Bright and spacious maisonette in one of the most sought after and peaceful areas of Varna. The apartment is located in Briz quarter, near language schools, central bus stop to every point of the city, shopping center, Park-monument of Bulgarian-Soviet friendship, Knyaz Boris I
€ 139 800
104.15 m2 (1342€/m2)
Type of property: Two-level penthouse 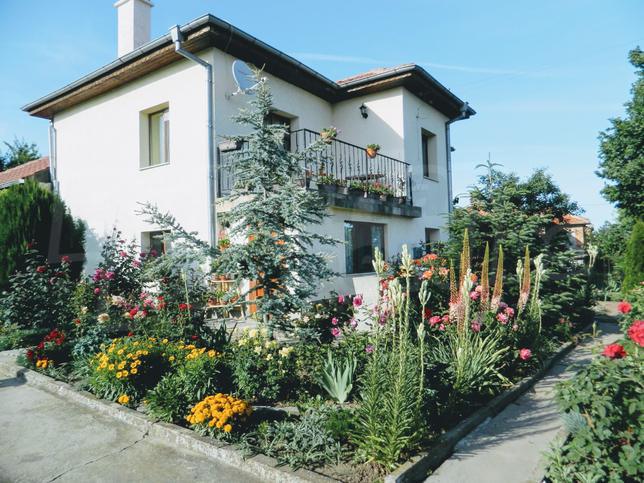 For sale
Renovated two-storey house with large garden in Varna region Near Varna Maintained rural property with modern amenities, summer kitchen and garage Renovated two-storey house with an area of ​​136 sq.m. with foundations of cut stone and bricks and a large garden of 2740 sq.m. The house is located on an asphalt road, near the center of a quiet village, 50 km (35 minutes by car) from the sea capital Varna, in
€ 60 000
136.00 m2 (441€/m2)
Type of property: House 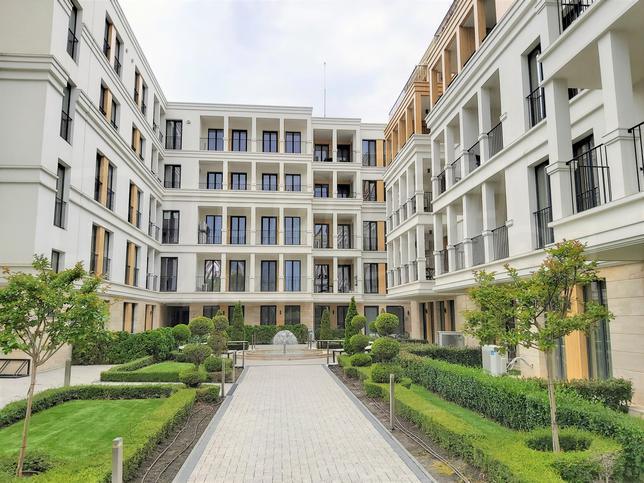 For sale
Luxury
Evergreen Varna , Quarter Briz Apartments in new, premium residential complex We are excited to present you a variety of the apartments in a new residential gated complex. Location Breeze is in the coastal area of Varna and is the fastest growing and the most prestigious quarter of the city. The area combines an abundance of green parks, magnificent
from € 75 000
61.10 m2 - 174.47 m2 (1227€/m2)
Type of property: Apartments (various types) 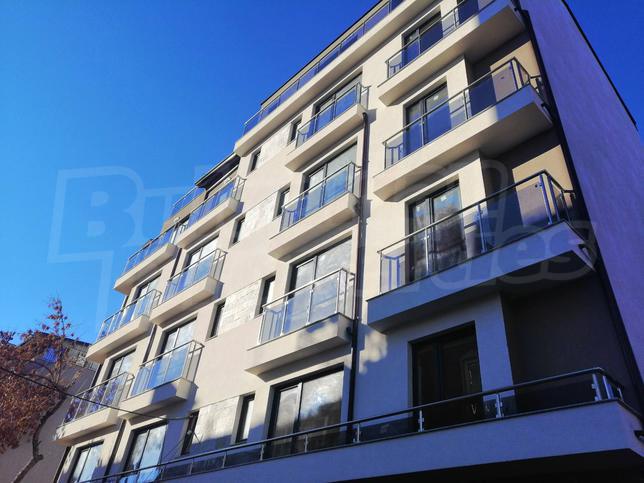 For sale
Apartments in new building in the central part of Varna Varna , Quarter Hristo Botev Dwellings with basements, underground and outdoor parking spaces with Act 14 We offer for sale one- and two-bedroom apartments in a new building in the central area of ​​Varna, close to kindergartens, school, CBA supermarket, Hristo Botev Blvd., hospitals, shops, offices and other amenities of the sea capital. The building has six floors
from € 38 200
48.00 m2 - 88.00 m2 (795€/m2)
Type of property: Apartments (various types) 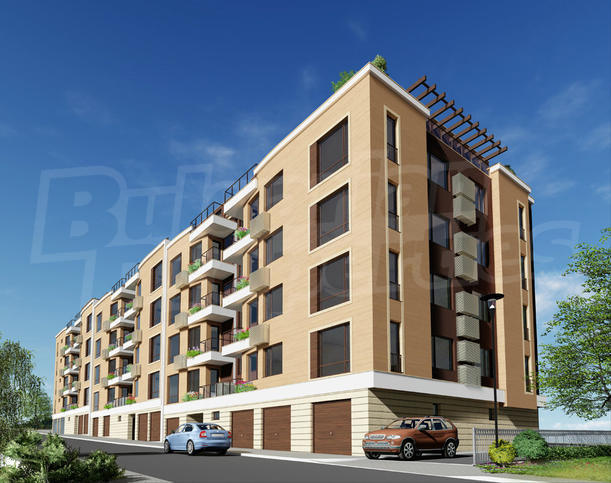 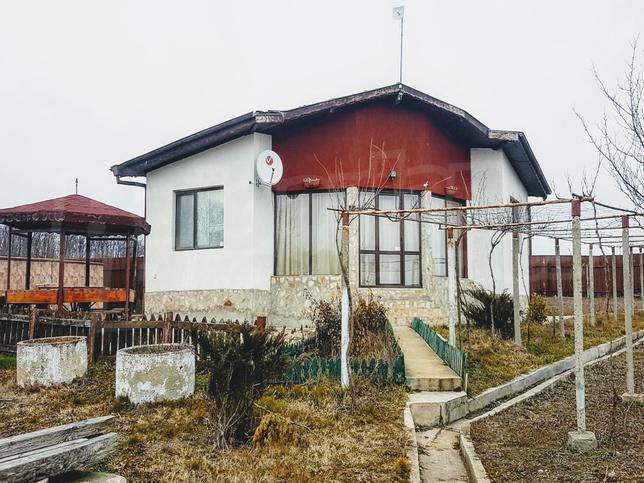 For sale
New one-storey house in a picturesque village 16 km from the sea Near Varna House with gazebo with large barbecue and parking for two cars Newly built house - 2014, solid brick in the ecological village of Krivini, 16 km from Shkorpilovtsi, 10 km from the main road Varna - Burgas near the village of Staro Oryahovo, 40 km from Varna and 60 km from the resort Sunny Beach. It is accessible from the inter-village road
€ 39 000
84.00 m2 (464€/m2)
Type of property: House 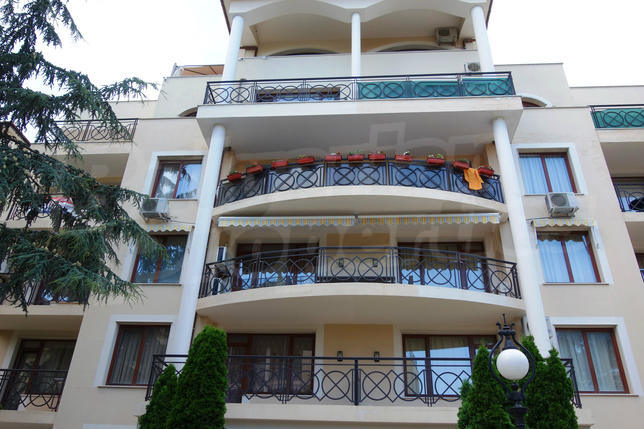 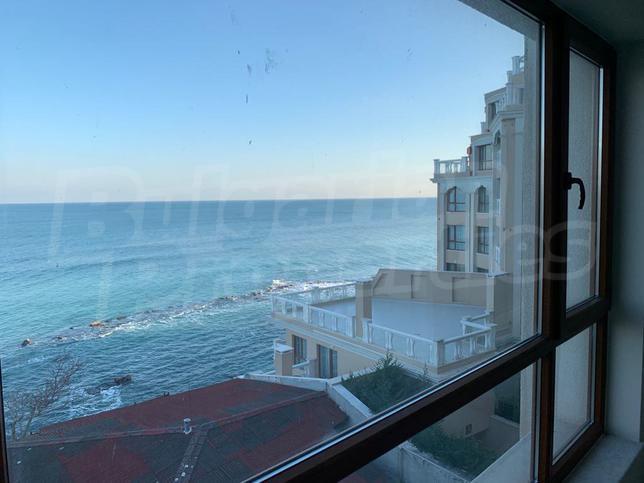 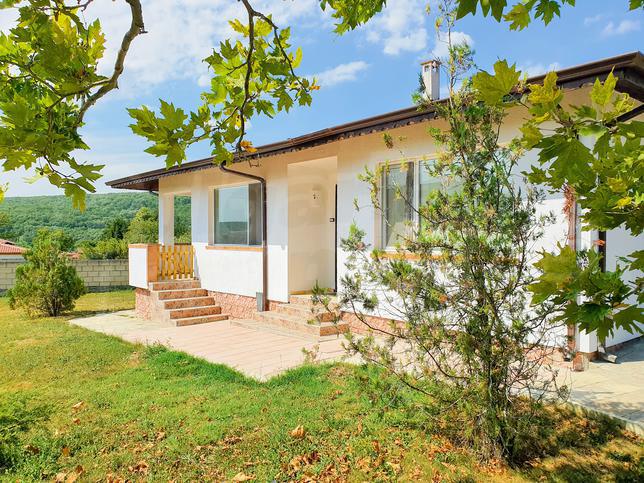 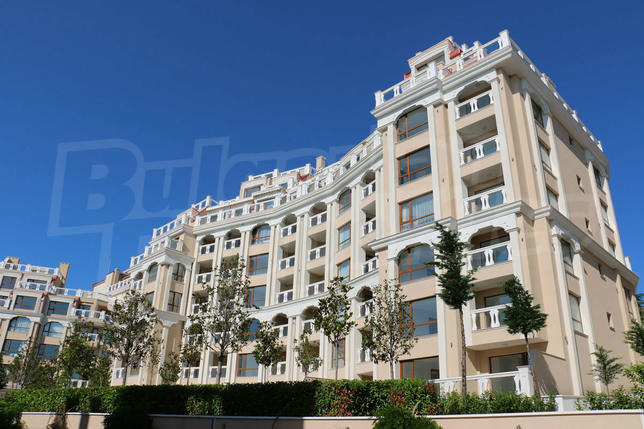 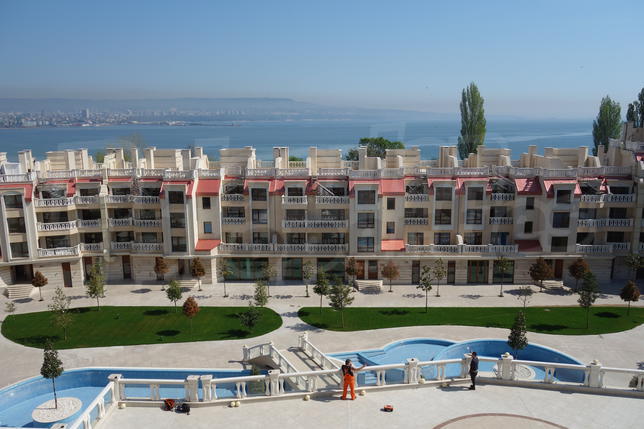 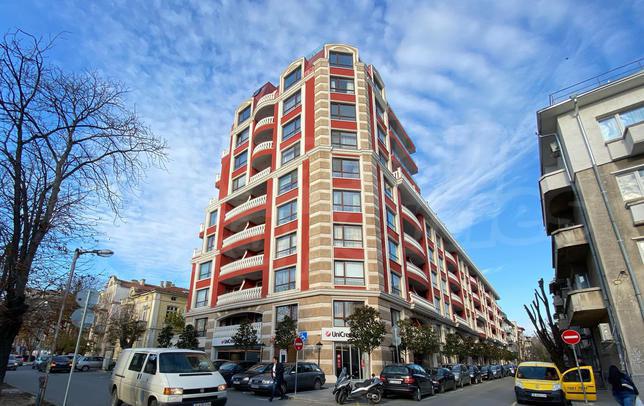 For sale
Luxury
New two- and 3-bedroom apartments in the heart of Varna Varna , Quarter Center Modern building Grand Karavel with Act 16 next to the Sea Garden Top property in the center of Varna, next to the Sea Garden, the promenade and the pedestrian zone. The 9-storey building offers a variety of one-bedroom and two-bedroom apartments, as well as attractive offices with easy access to banks, state and municipal institutions,
from € 128 254
91.61 m2 - 261.92 m2 (1400€/m2)
Type of property: Apartments (various types)