Investing in agricultural land is one of the best options the Bulgarian real market offers at present.

You have agricultural land for sale? 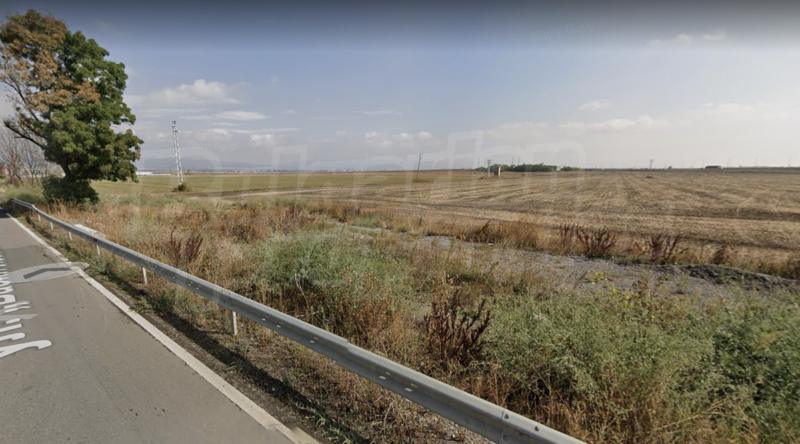 For sale
new SOLE AGENT
Flat plot of land on the road connecting the Ring Road with the village of Mramor Near Sofia , Okolovrasten pat Plot of land in an area with built warehouses and logistics centers Flat plot of land facing about 70 meters on Vasil Levski Street, connecting the Ring road of Sofia and the village of Mramor. There are already many warehouses and logistics centers built in the area. It partially falls into the SMF-2 zone. Type of territory - agricultural.
€ 455 000
11 334.00 m2 (40 €/m2)
Type of property: Investment land

For sale
best bargain
Agricultural land with a beautiful mountain panorama in the town of Razlog Razlog , Yankolova reka Large property close to all communications A beautiful land property in the picturesque area of Razlog, Yankolova Reka area. It is located in a quiet and peaceful place at the foot of a mountain surrounded by greenery, not far from the 5-star Pirin golf resort and the ski slopes of Bansko. The area has excellent
€ 36 000
2 000.00 m2 (18 €/m2)
Type of property: Agricultural land 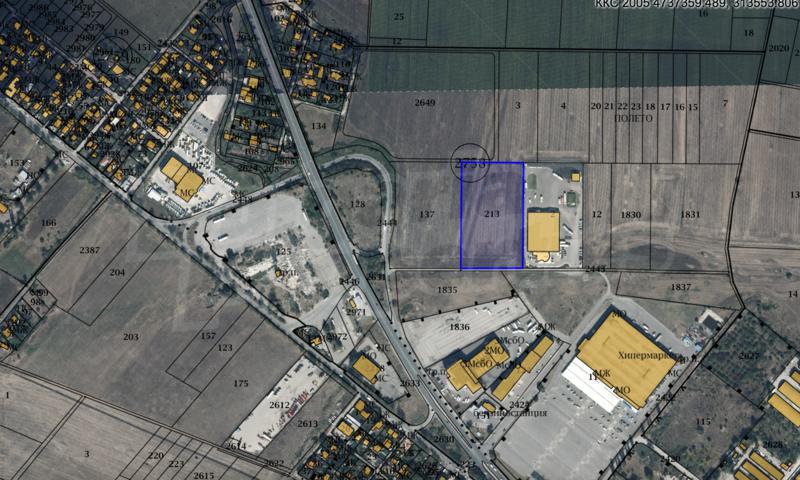 For sale
Agricultural land in Sofia Sofia , Quarter Lyulin 1 For sale - agricultural land We offer you this agricultural land with a total area of 15,665 m2. From the inside you will be able to enjoy wonderful hills views, meadow views, mountain views and village views. Within a short distance from the property there is a bus stop. In the neighborhood you can find a
€ 635 000
15 665.00 m2 (41 €/m2)
Type of property: Agricultural land 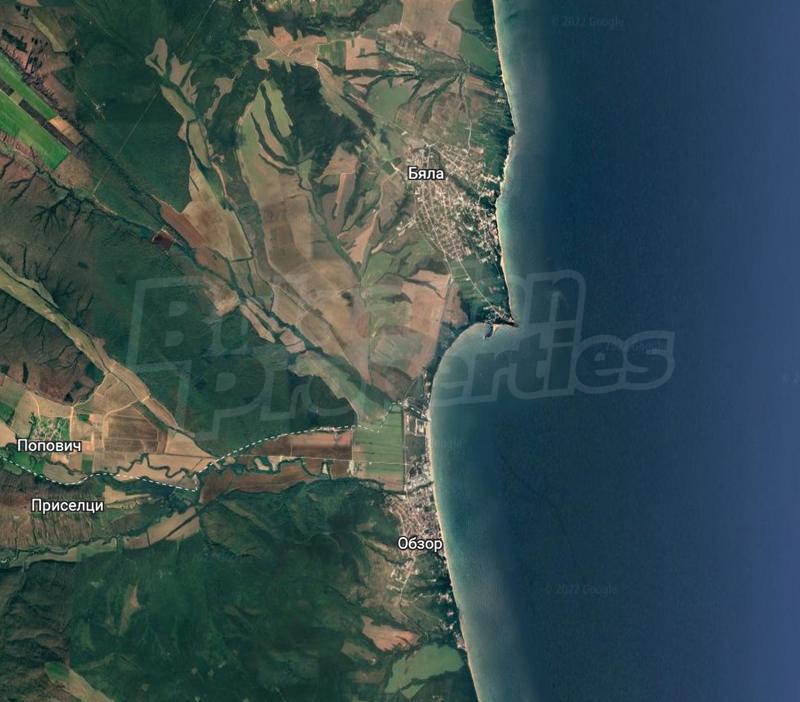 For sale
SOLE AGENT
Plot for investment 3 km from Sofia airport Sofia , Quarter Slatina Agricultural land adjacent to regulation We present for sale a plot of agricultural land with an area of ​​1,764 sq.m. in Slatina industrial zone adjacent to regulation, near the street Iztochna Tangenta. The area is intended for administrative service and storage and repair activities, a container terminal
€ 105 840
1 764.00 m2 (60 €/m2)
Type of property: Land 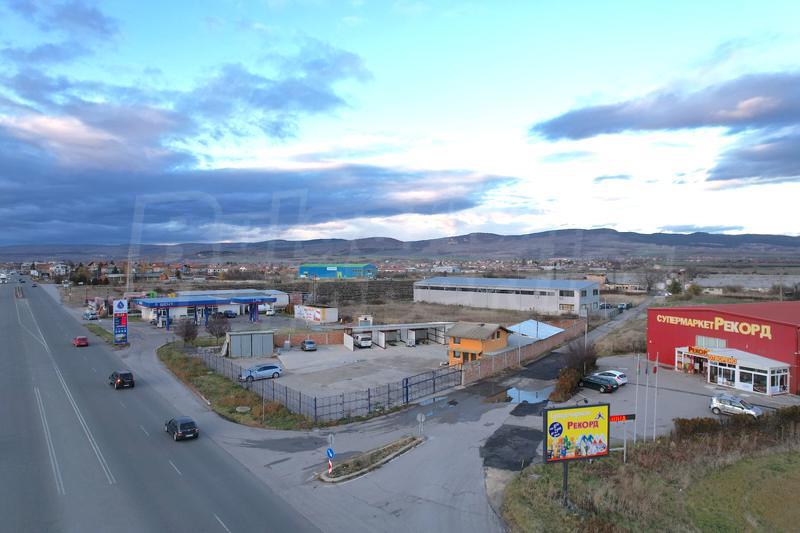 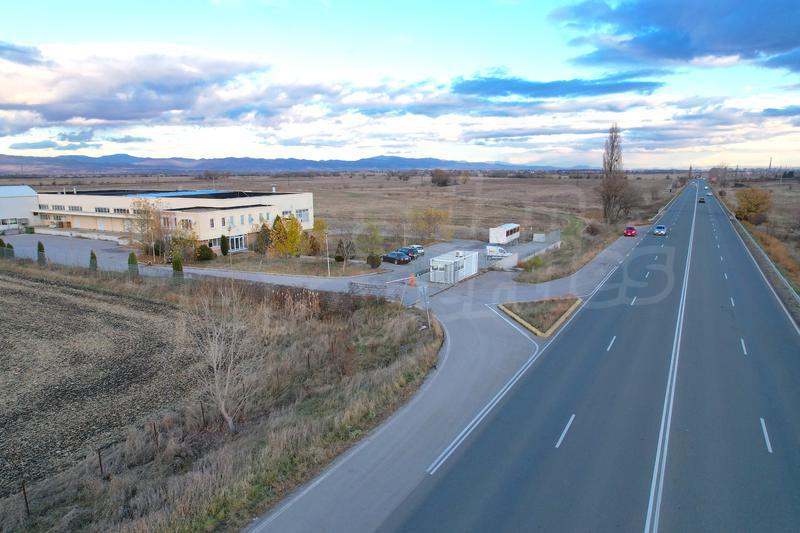 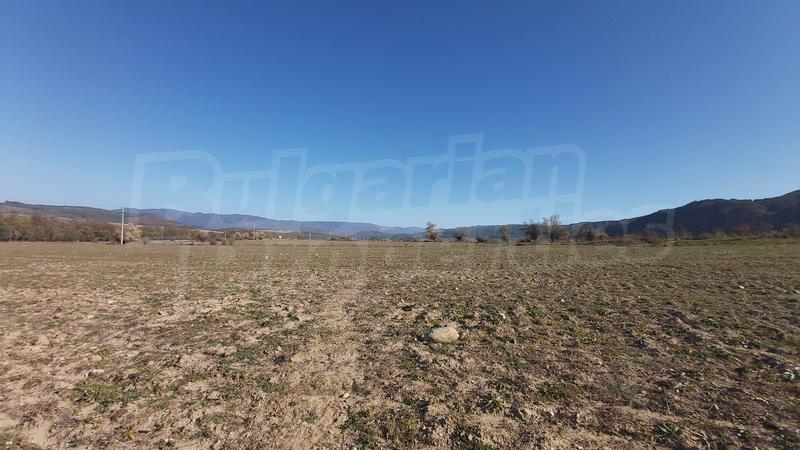 Tsvetanka Parapunova Estate Agent, Bansko
Unique residence in Old Town Nessebar
A property you can't find anywhere else in the world! OLD NESSEBAR only exists in Bulgaria and we have a unique residence for sale in this ancient city which is part of UNESCO's list of World Heritage Sites. Find your home in a place of timeless beauty which has survived through centuries and has preserved the wisdom of many cultures and civilizations. Visit this traditional-style new build residence now with a 360-degree virtual tour.
See More 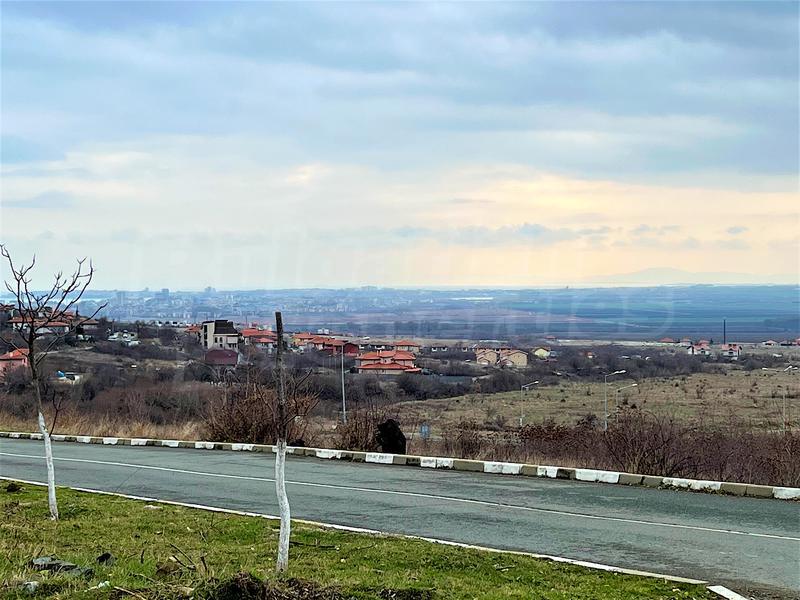 For sale
new
Plot of land on asphalt road next to the regulation of Kosharitsa village Near Kosharitsa Property with wonderful view of the bay of Sunny Beach and the valley We present to your attention a plot of land (1941 sq.m.) on an asphalt road, located next to the regulation of the village of Kosharitsa, at the entrance from Sunny Beach, 10 km from Nessebar. The property borders the main road. It reveals a wonderful view of the bay, Sunny Beach
on request
1 941.00 m2
Type of property: Agricultural land 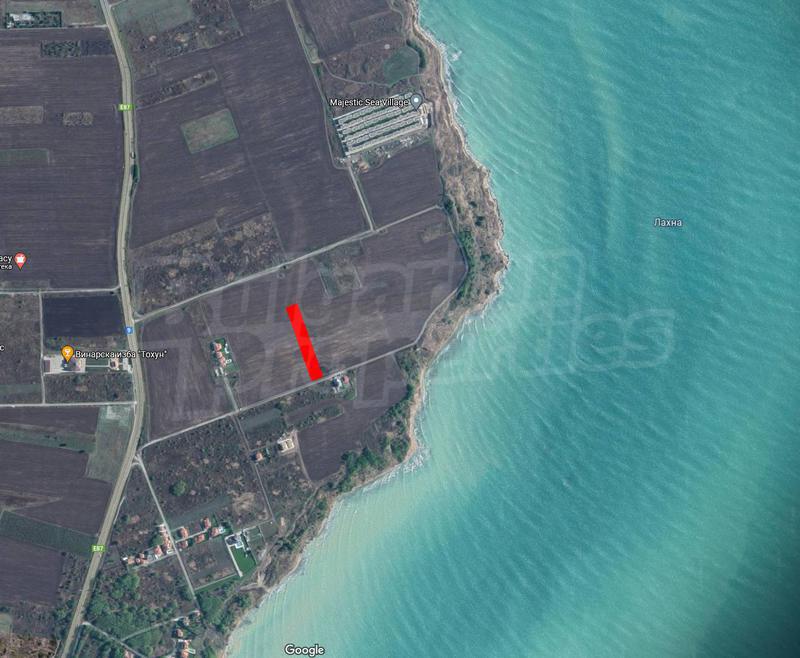 For sale
new
Land property 367 m from the sea to Sarafovo quarter in Burgas Burgas , Quarter Sarafovo Property in the neighborhood with villas and holiday complex Excellent proposal for the purchase of land investment. It is located in the Lahana region, in the immediate vicinity of the Sarafovo (Burgas) and the town of Pomorie. The area owns one of the few pristine beaches on the Bulgarian Black Sea coast. The landed property has an
on request
4 998.00 m2
Type of property: Investment land 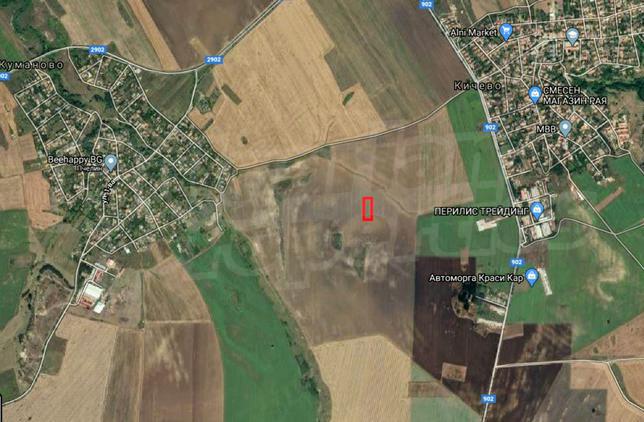 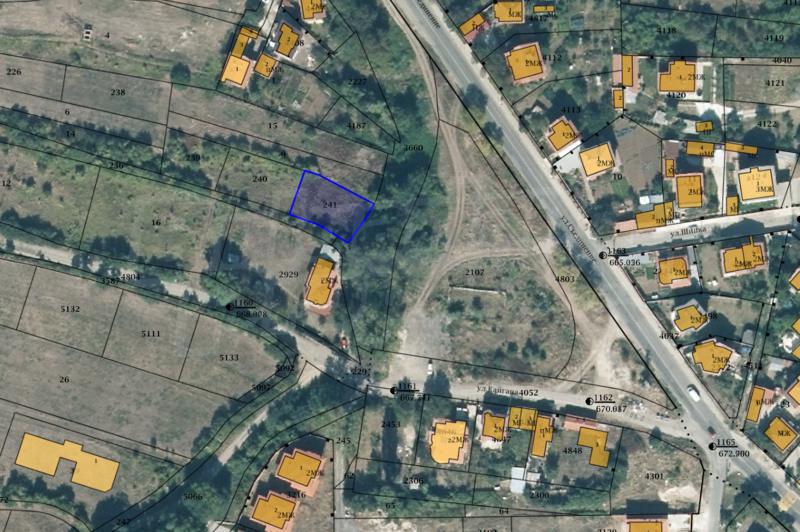 For sale
new
Regulated plot of land at the entrance to the village of Lozen Near Sofia A plot with a beautiful view near a bus stop Plot of land in the village of Lozen, meters away from Trakia highway. Peaceful location in an area with year-round access, in proximity to the capital. Lozen is situated at the foot of Lozen Mountain, 17.5 km south-east of Sofia, via Trakia motorway. The area is very beautiful
€ 55 000
465.00 m2 (118 €/m2)
Type of property: Investment land 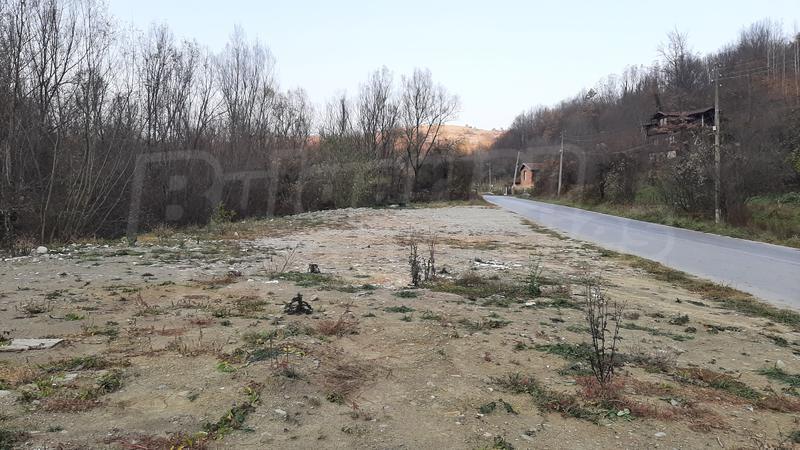 For sale
new
Land on the main road and next to a river in a cozy village in the Troyan Balkans Near Troyan Plot with a nice view 8 km. from Troyan We present to your attention a property with a wonderful location in a village attractive for recreation, not far from the town of Troyan. The village is located at the foot of Stara Planina, at an altitude of 530 m. The climate is characterized by cool summers and cold winters.
€ 35 000
2 542.00 m2 (14 €/m2)
Type of property: Agricultural land 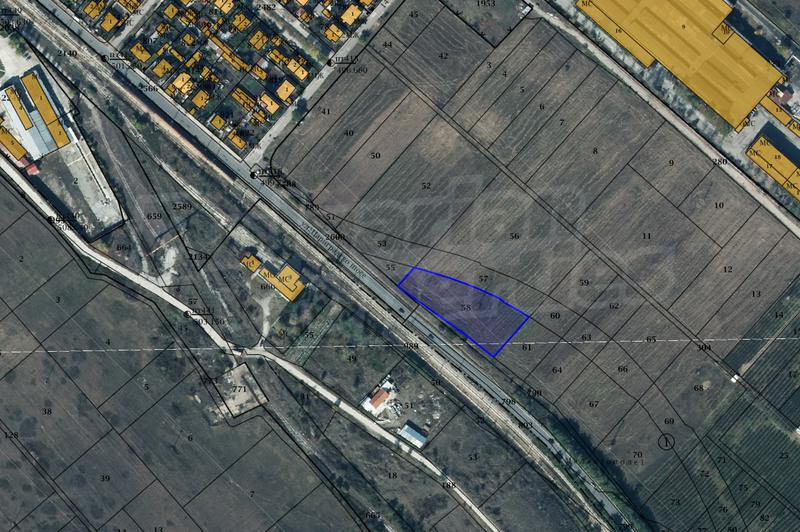 For sale
new
Agricultural land at the exit of Kostenets in direction towards Plovdiv Kostenets Land near regulation, suitable for commercial or warehouse activity We offer for sale two large plots of agricultural land, close to regulation, at the exit of the town of Kostenets in direction towards the city of Plovdiv. The plots are suitable for commercial or warehouse activity.  Plot 1 - 58 2850 sq.m. Price 57,000 euros  PIot 2 -
€ 57 000
2 850.00 m2 (20 €/m2)
Type of property: Agricultural land 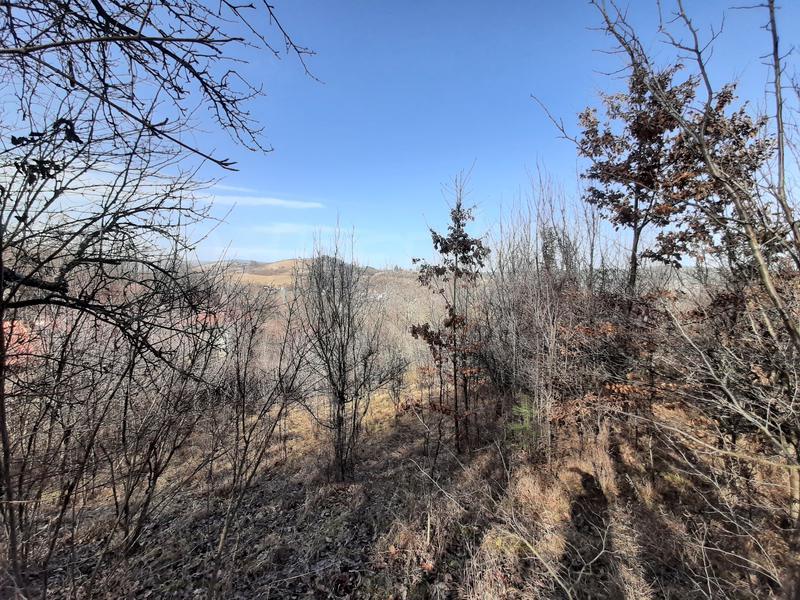 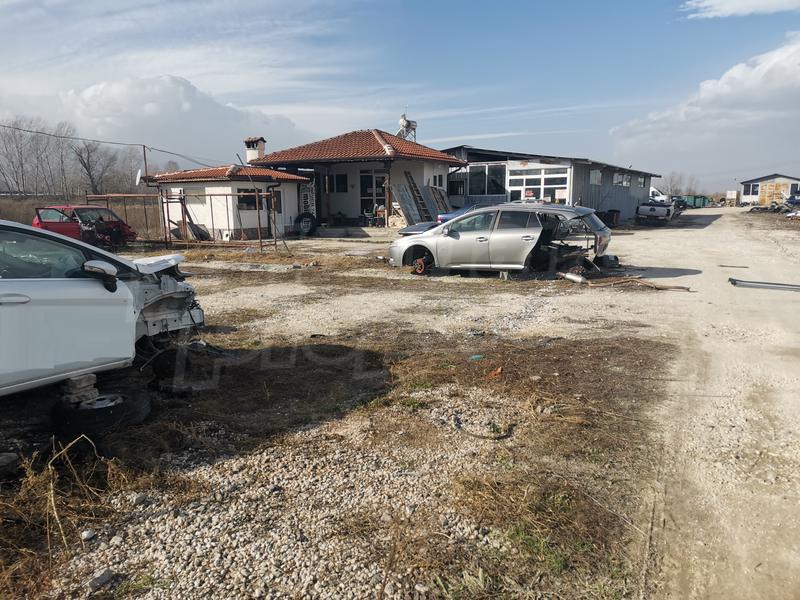 For sale
Large investment plot 8 km from Pazardzhik Near Pazardjik Development and agricultural land on asphalt road A spacious plot of land with an area of 11706 sq.m. on an asphalt road only 8 km from the regional city of Pazardzhik. The property consists of:  Development land of 7704 sq.m. with car scrap yard  Agricultural land of 4002 sq.m.  3 outbuildings The land is equipped
€ 125 500
11 706.00 m2 (11 €/m2)
Type of property: Investment land 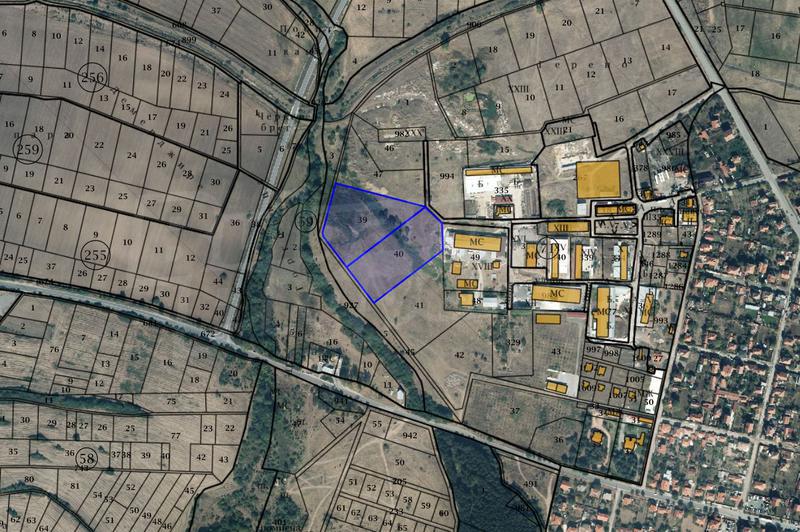 For sale
Agricultural land in the village of Novi Han Novi Han Plots for investment with convenient access to the capital We offer for sale two adjacent plots of land near the regulation of Novi han, Gerena area. The village has a convenient location, as it is located 7 km south of the town of Elin Pelin, 26 km southeast of Sofia, 20 km from Gorna Malina and 30 km from Ihtiman.  PIot 40 - 9997
€ 179 946
9 997.00 m2 (18 €/m2)
Type of property: Agricultural land

For sale
Vineyard near Plovdiv Near Plovdiv Land with vineyard status next to the Ring Road of Plovdiv We offer to your attention a plot of land with the status of a vineyard with an area of 2,061 sq.m. in the village of Markovo - preferred location and area chosen for the construction of new complexes with houses, detached houses, villas, new asphalted streets, sewerage and
€ 51 500
2 061.00 m2 (25 €/m2)
Type of property: Vineyard