Property in Obzor region for sale and rent

Being located at almost equal distances from Varna and Burgas, the town of Obzor is a favorite holiday destination, both for Bulgarian and foreign tourists. It has a population of over 2000 inhabitants and is situated 65 km south of Varna, 73 km north of Burgas and 530 km east of Sofia.

The beach by the town is long and it extends from Cape St. Atanas on the north to the southern Cape Mona Petra. It is followed by a small nestling cove and a beach named Irakli. Cape St. Nikola is several kilometres to the south, and the point called Emine is where the central cape of the Stara Planina Mountain meets the sea and it is considered to be the end of the Balkan Mountains- During the Middle Ages there was a fortress - Emona and the area around was called Paleokastro. Many monks and hermits used to live in the rocks and there were lots of small chapels and monasteries.

What luxury properties are for sale in Obzor?
Beachfront Penthouse in Obzor 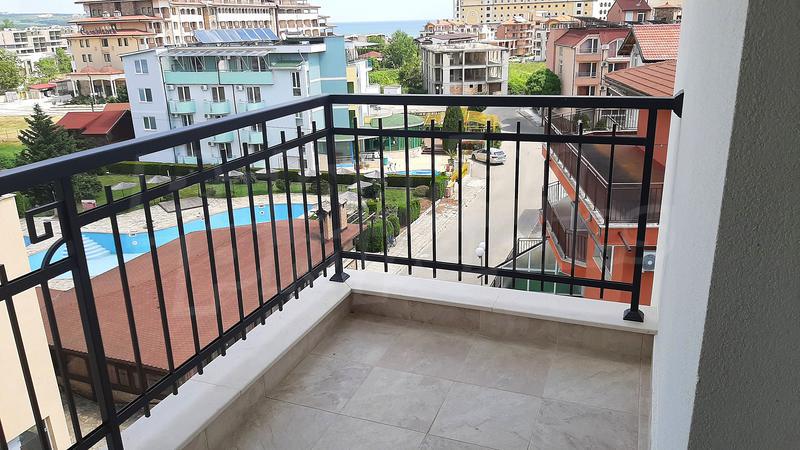 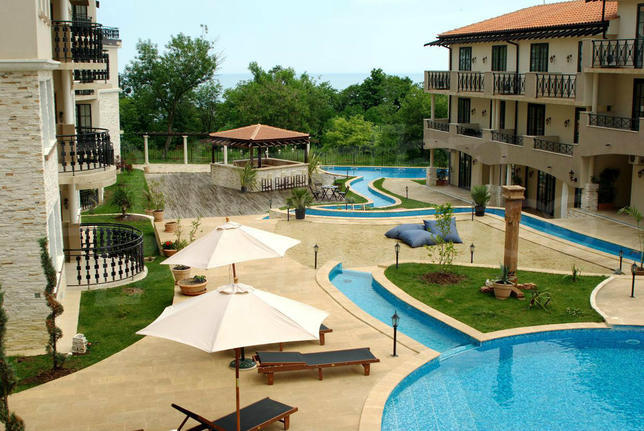 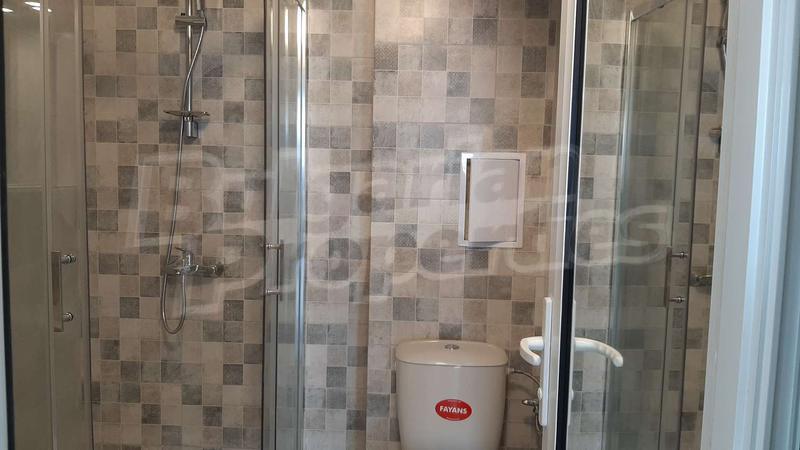 For sale
Modern family homes 250 from the sea in the town of Obzor Obzor Attractive turn-key apartments close to the downtown area and park Choose your new home from the variety of sunny apartments in new complex within walking distance of the sea in the beautiful coastal town of Obzor, combining sun, sea, golden beaches, fresh air and breeze, as well as the charm of antiquity, rich history, symbols of spirituality
from € 35 300
39.03 m2 - 90.66 m2 (904€/m2)
Type of property: Apartments (various types) 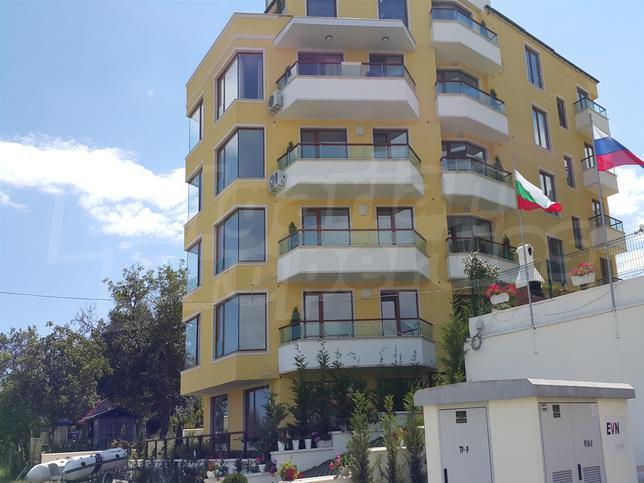 For sale
Residential building in Obzor with turn-key apartments Obzor Ready-to-be-furnished apartments in a new building with a low maintenance fee Residential building with Act 16 located in the high part of the town of Obzor, from which is revealed a beautiful view to the whole town and the sea. The building is designed in accordance with the latest high standards in construction, with beautiful design and architecture.
from € 58 800
97.96 m2 - 114.29 m2 (600€/m2)
Type of property: Apartments (various types) 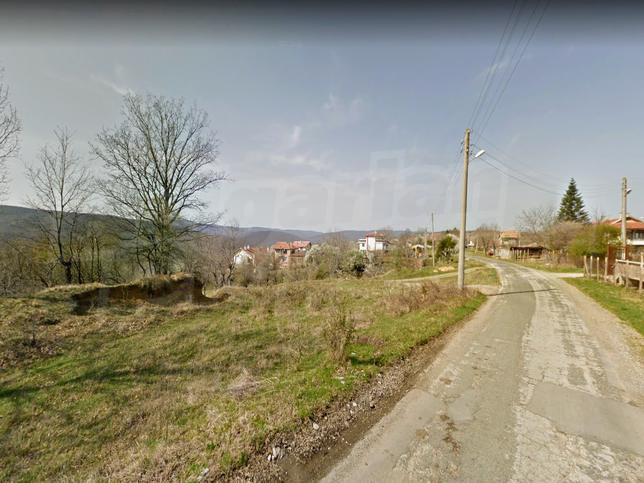 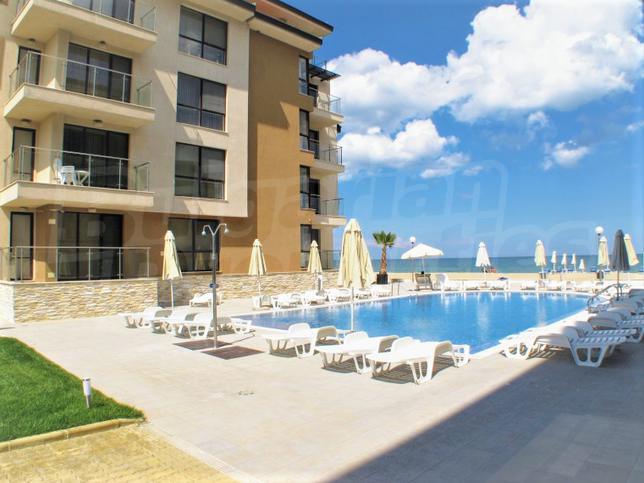 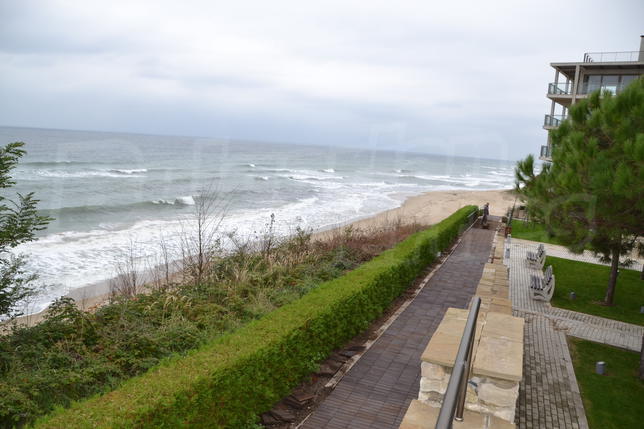 For sale
Luxury WATERFRONT
Beachfront Penthouse in Obzor Obzor Attractive family property in a prestigious sea complex We offer you a unique penthouse set on the beach in Obzor. The apartment opens to uninterrupted views of the sea and is situated in a prestigious complex with many amenities - beach, pool, tennis court, gym, spa, massage services, shop, on-site café and restaurant. The property
€ 109 950
214.73 m2 (512€/m2) Floor: 6
Type of property: 2-bedroom apartment 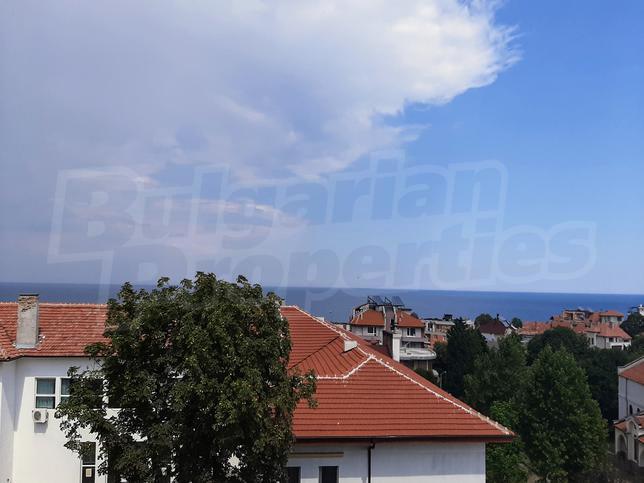 For sale
Apartments in a boutique building in the town of Obzor Obzor Тurnkey finished apartments 10 meters from the beach with panoramic sea views One bedroom apartments with a top location in one of the most preferred areas for living and investment, located 1 minute walk from the center and 5 minutes from the beach. Nearby there are banks, pharmacies, supermarkets, restaurants and parking lots. Each apartment has a
from € 48 000
65.80 m2 - 85.77 m2 (729€/m2)
Type of property: Apartments (various types) 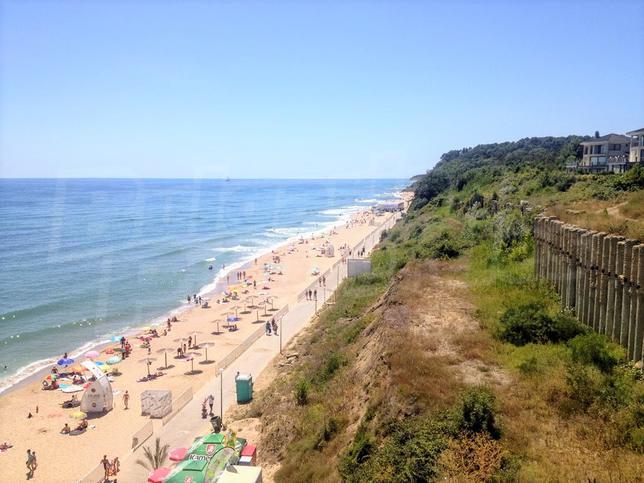 For sale
Development land 200 m from the beach in Obzor Obzor Investment plot near the main road Burgas-Varna Attractive regulated plot of land in the area "South Beach-Kaik Ada" of the coastal town of Obzor, with a permanent purpose urbanized territory. The property is suitable for the construction of a recreational complex with quiet and green location just 200 m from a golden beach.
€ 32 900
659.00 m2 (49€/m2)
Type of property: Development land 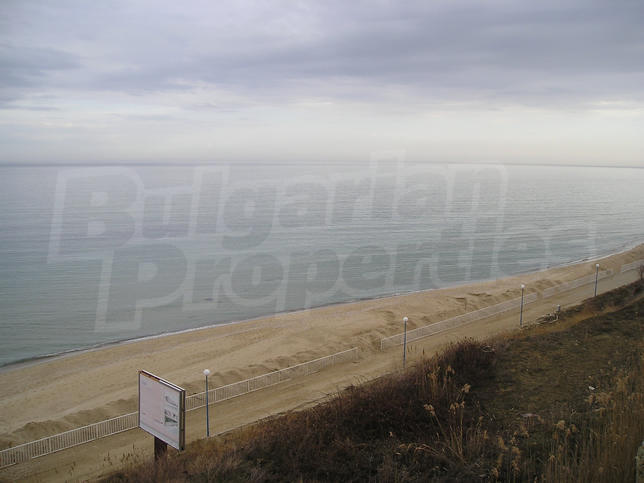 For sale
Land for sale in Obzor Obzor Plot with investment potential We offer You a unique opportunity to invest in a prime plot of land on the sea in Obzor. The plot is with area 2087 sq. m located not far from the beach. The plot is suitable for building a holiday complex or any other private development. First Obzor was originally classified
€ 125 220
2 087.00 m2 (60€/m2)
Type of property: Land 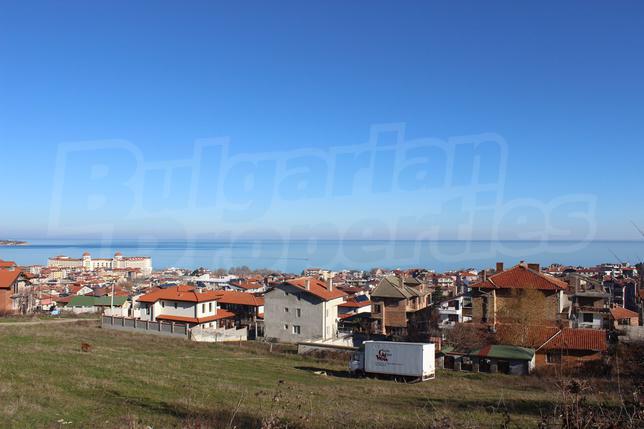 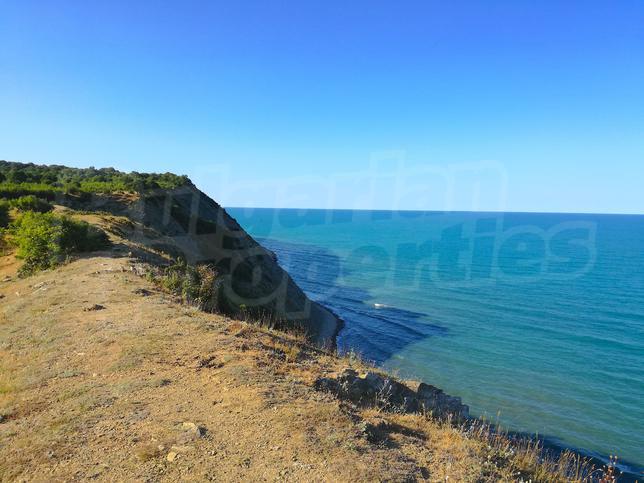 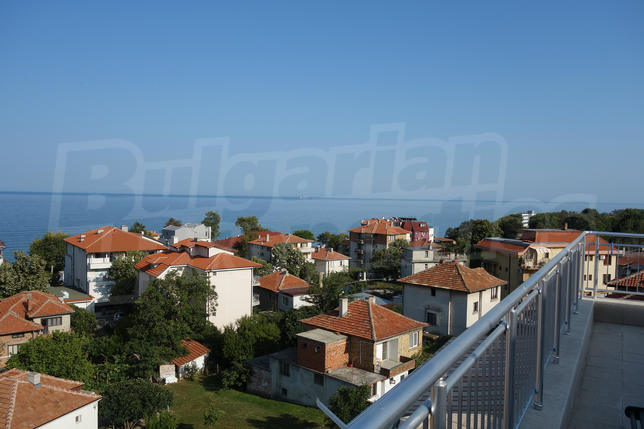 For sale
SOLE AGENT
Hotel 150 m from the beach in the town of Obzor Obzor Developed hotel with a constant clientele Possibility for investment in a profitable business in one of the most beloved Bulgarian sea resorts - Obzor. Lovely location in close proximity to all necessary communications. There is a good sea view as well as the green surrounding hills. Hotel with a great location - 150
€ 1 210 000
Area: 2 190 m2  Garden: 1 000 m2
Type of property: Building 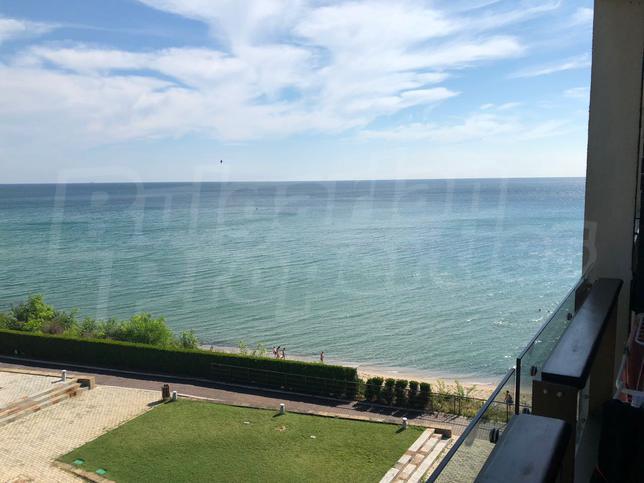 For sale
WATERFRONT
One-bedroom apartment with unique sea view Obzor Fully furnished apartment in a complex with all amenities near the beach One-bedroom fully furnished apartment with beautiful sea view, first line. The apartment is part of a gated complex on the seashore in the coastal zone of Obzor, amidst a greenery and offers a wide panorama of the sea. The building impresses with its unique construction and
€ 69 900
79.81 m2 (875€/m2) Floor: 4
Type of property: 1-bedroom apartment 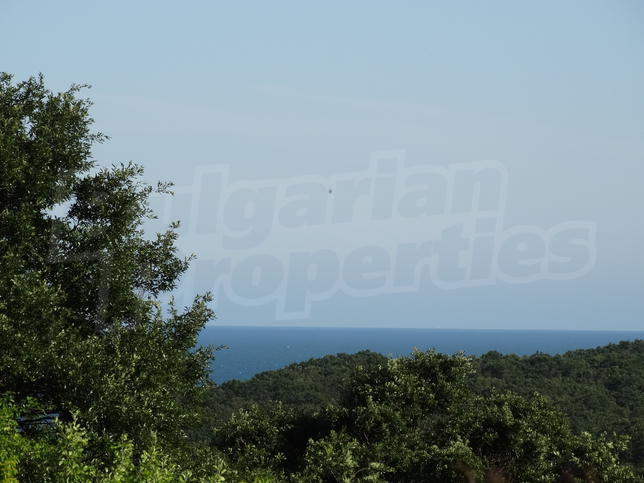 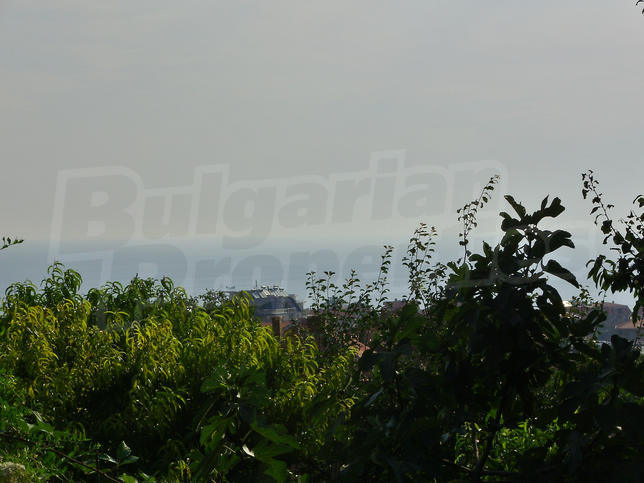 For sale
Land plot Obzor Regulated land plot in the resort town of Obzor We offer you a very convenient land plot in Obzor on the main road to Bourgas. Almost in the middle of the road between Burgas and Varna, the E-87 highway emerges from the hilly forests of the flat strip along the open sea. This is the Obzor. Regardless of its convenient
€ 110 000
1 041.00 m2 (105€/m2)
Type of property: Land 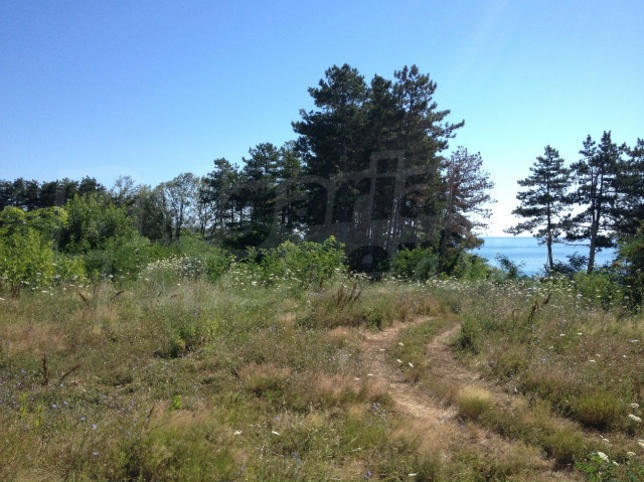 For sale
INVESTMENT PROJECT
Regulated plot of land with building project in Obzor Obzor , Obzor Excellent investment opportunity! We offer to Your attention a great investment opportunity! The plot is situated at First line of the sea, between resorts Byala and Obzor and has an area of 3174 sq.m, with technical projects approved and issued for building two building. - A Hotel with 40 double rooms,
€ 400 000
3 174.00 m2 (126€/m2)
Type of property: Land 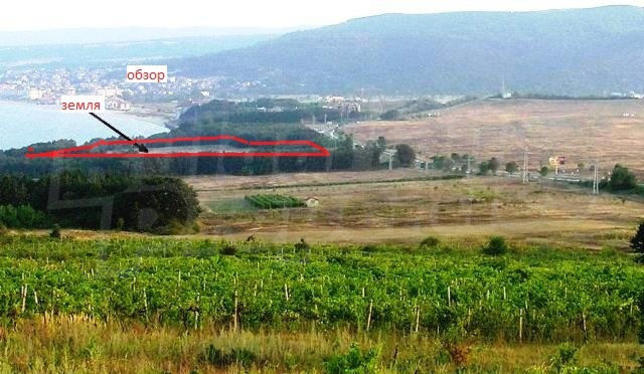 For sale -74%
INVESTMENT PROJECT
Plot of land in regulation for sale near Obzor Near Obzor , first line of the sea Excellent investment opportunity! Our company is pleased to present you a unique investment proposal for sale - Plot of land with a construction project. The total plot area is 27,160 sq.m, considering the way for general use with a length of 5 m together with a plot for the electrical transformer. Moreover, the
€ 4 730 000€ 1 250 000
27 160.00 m2 (46€/m2)
Type of property: Investment land