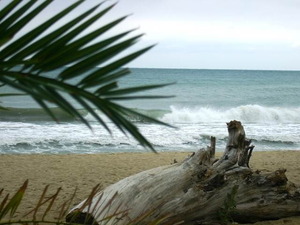 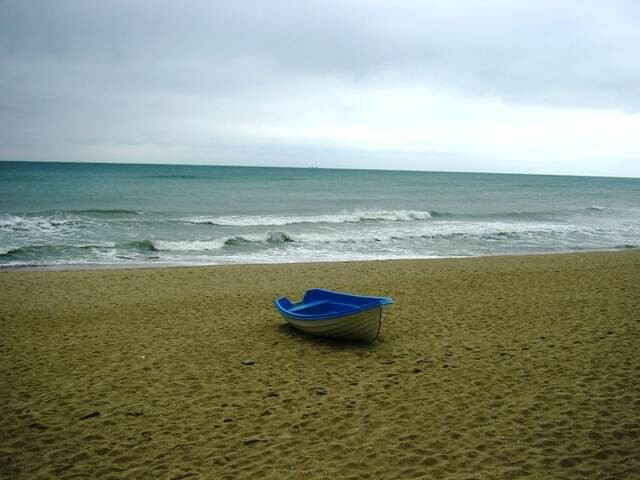 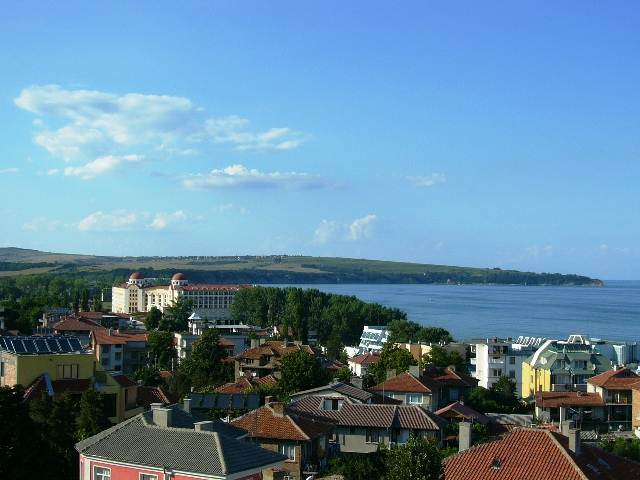 Being located at almost equal distances from Varna and Burgas, the town of Obzor is a favorite holiday destination, both for Bulgarian and foreign tourists. It has a population of over 2000 inhabitants and is situated 65 km south of Varna, 73 km north of Burgas and 530 km east of Sofia.

It is famous for its fine sand, the crystal clear water and the amazing beach, outdoing even the beaches of Golden Sands and Sunny Beach in its length.

This pleasant sea resort is situated in a large bay at the point where the eastern hills of the Stara Planina mountain slope down to meet the sea: a fantastic opportunity to enjoy mountain and sea views at the same time.

If you decide to escape from the burning sun in the early afternoon you can visit one of the numerous beach bars. After nightfall restaurants galore offer dishes from the traditional Bulgarian cuisine, as well as menus from other countries and all of it seasoned with music and dance until the morning.

On the next day you can take one of the regular buses connecting Varna and Burgas and start exploring one of the two biggest towns on the Bulgarian Black Sea coast.

The ancient name of the town was Navlohos in Hellenic times, then it was given the name of Heliopolis (Town of the Sun) and in Roman times it was Templum Jovis (Jupiter's Temple). During the Middle Ages the town was named Kozyak and was part of the Karvun principality and the fortress, successor of the ancient town. The Ottoman conquerors destroyed the fortress to the last stone. Its present name Obzor was given in 1935.

The beach by the town is long and it extends from Cape St. Atanas on the north to the southern Cape Mona Petra. It is followed by a small nestling cove and a beach named Irakli. (Originally there was a village with the same name there, inhabited by Greek settlers who left it and settled to live with the Bulgarians in Obzor). Cape St. Nikola is several kilometres to the south, and the point called Emine is where the central cape of the Stara Planina Mountain meets the sea and it is considered to be the end of the Balkan Mountains- During the Middle Ages there was a fortress - Emona and the area around was called Paleokastro. Many monks and hermits used to live in the rocks and there were lots of small chapels and monasteries.

There are three camp sites with chalets and enough space for tents between the village of Byala and the town of Obzor. Luna Camping and Prostor Camping work without advance reservation, as well as the Sluntse (Sun) Camping.

There are small restaurants and refreshment stalls along the coast, as well as grocer's shops and fresh fruits and vegetables.

View Properties for Sale in the region of Burgas

Join us on a journey back to nature!
See More
Properties in the Bulgarian Beach Resorts!
Check our selection of properties on the Bulgarian Black Sea Coast! Attractive prices starting from just 15,000 Euros for a furnished studio! Regular flights to Burgas and Varna international airports. Perfect for frequent visits, summer holidays and more.
See More
Beach Villas on the Bulgarian Black Sea Coast
Searching for your own place in the sun?
Explore our selection of lovely houses and villas situated in the beach resorts and in the villages nearby! Prices with no competition in Europe!
See More
Follow us