Property in Veliko Tarnovo region for sale and rent

Veliko Tarnovo (Veliko Turnovo) is located along the historical hills of Sveta Gora, Tsarevets and Trapezitsa. The town is majestically perched on the two banks of the Yantra River, cutting a peculiar and unique gorge through the Turnovo Hills. It is situated 240 km north-east of Sofia, 42 km north-east of Tryavna and 106 km south-west of Rousse.

Veliko Tarnovo is one of the most ancient Bulgarian towns. The picturesque situation and panoramic view of the town, its rich cultural and historical heritage wins Veliko Tarnovo the recognition as a historical, cultural and tourist center of contemporary Bulgaria. Veliko Tarnovo, the medieval capital of Bulgaria, boasts more than 7,000 years of history. The houses, stacked one above the other, situated on the slopy hills of the town show a unique architectural style. The bridges, unexpectedly flying over the river, palaces and towers, spectacular museums, ancient columns with writings left by our proud rulers, monasteries with unique murals and the Arbanassi fortress-houses.

Modern Veliko Tarnovo, with its modern Central Mall shopping Centre with multiplex cinemas, ten pin bowling alleys and host of stores, is in contrast to Gurko Street and Veliko Turnovo's old parts. Arbanassi is just up the hill from Veliko Turnovo always offering a mezmerizing atmosphere to its guests.

In the last year or so prices of properties for sale and rent in the area of Veliko Tarnovo dropped considerably, as according to BULGARIAN PROPERTIES' annual market analysis rural property prices in the area fell by an average of 19%. Therefore, if you want to buy a rural house, a town house, an apartments or a plot of land at a bargain price now is the right time. 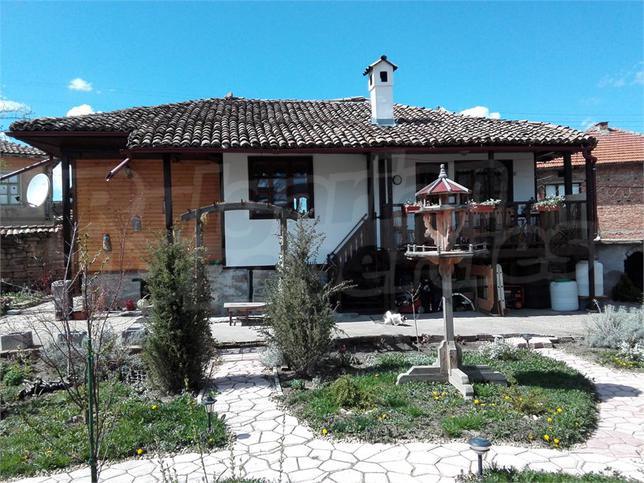 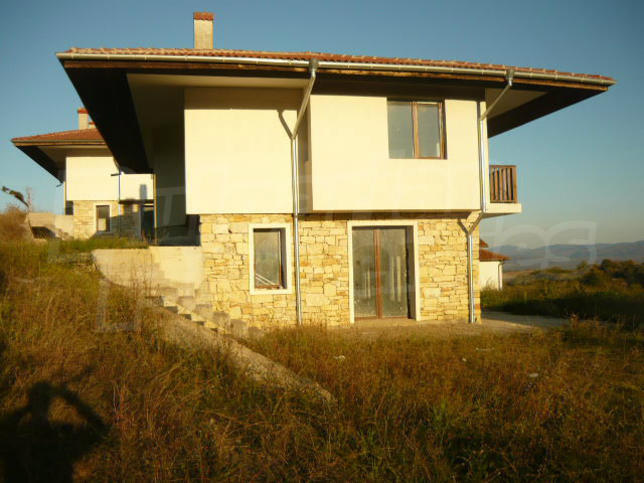 For sale
Newly built 2-storey house 3 km from Veliko Tarnovo Near Veliko Tarnovo Panoramic house with spacious yard and beautiful views of the surrounding area Nice property with year-round access in a beautiful and developed village, 3 km away from Veliko Tarnovo. The settlement provides good conditions for recreation and permanent living, with food shops, restaurants, kindergarten and regular transport to the city. The property
€ 62 500
180.00 m2 (347€/m2)
Type of property: Houses 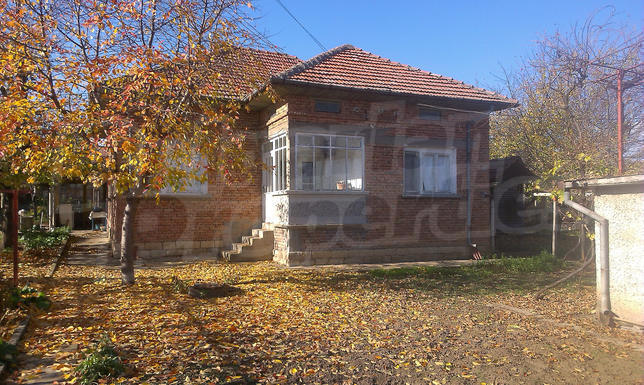 For sale
Two houses with a garage and a large yard, 50 km from Veliko Tarnovo Near Veliko Tarnovo Massive rural property with outbuildings in very good condition This property consists of one-story brick house and an old house, beautifully placed in a nice area. The village is situated in the central part of the Danube plain, 15 km from Polski Trambesh town and 20 km from the town of Svishtov. The area is hilly, with excellent conditions
€ 9 900
120.00 m2 (82€/m2)
Type of property: Houses 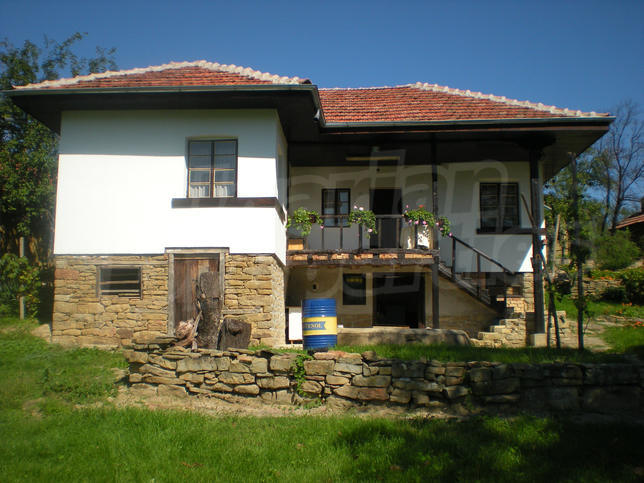 For sale -4%
best bargain
House in Kutsarovtsi Kutsarovtsi , Elena For sale - house We offer you this house with a total area of 130 m2. The property is supplied with fireplace and heating with wood. Wooden floors and wooden window frames are available in the property. The property is connected to electricity, own water supply and septic tank. Some of the other
€ 19 200€ 18 500
130.00 m2 (142€/m2)
Type of property: Houses 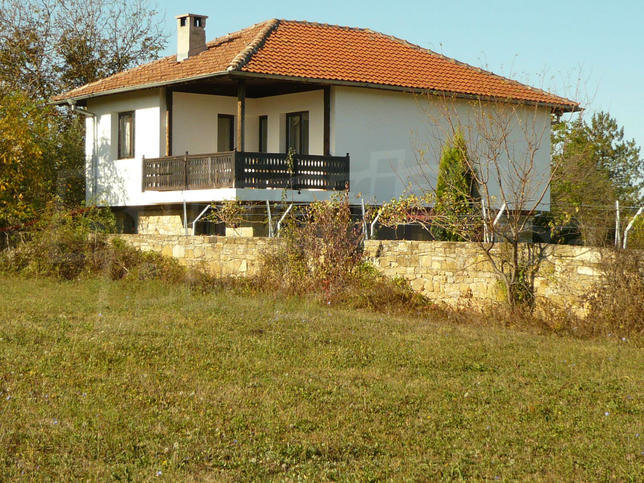 For sale
new
Solid 2-storey house with yard 18 km from Veliko Tarnovo Near Veliko Tarnovo New modern house with stylish furniture and panoramic views of the surrounding area New two-storey house (205 sq.m.) with maintained yard (1000 sq.m.) and picturesque location in a beautiful village 18 km away from Veliko Tarnovo. The property with panoramic views is located on a quiet inner street with year-round access. The house was built in 2009 with
€ 75 000
205.00 m2 (365€/m2)
Type of property: Houses 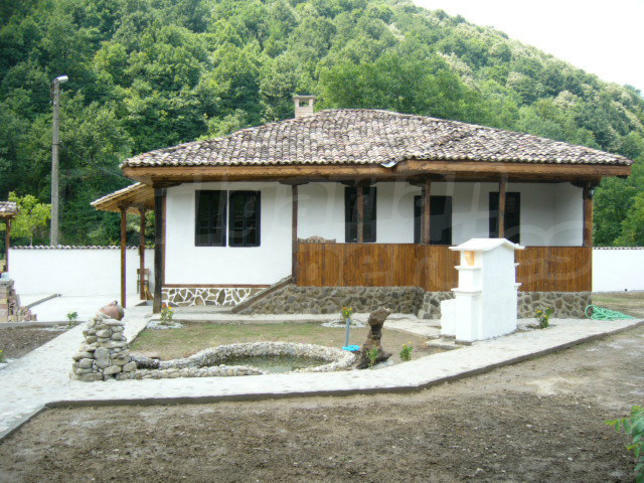 For sale
Stylish 2-storey Huse with Yard in Elena Balkan Region Near Veliko Tarnovo Property close to skiing and 30 km from Veliko Tarnovo We offer for sale an excellent two-storey house in perfect condition and with a wonderful location in the heart of Elena Balkan - 30 km away from ski slopes and Veliko Tarnovo and 23 km from the town of Elena. The authentic house was completely renovated in 2007 and has an
€ 30 000
95.00 m2 (315€/m2)
Type of property: Houses 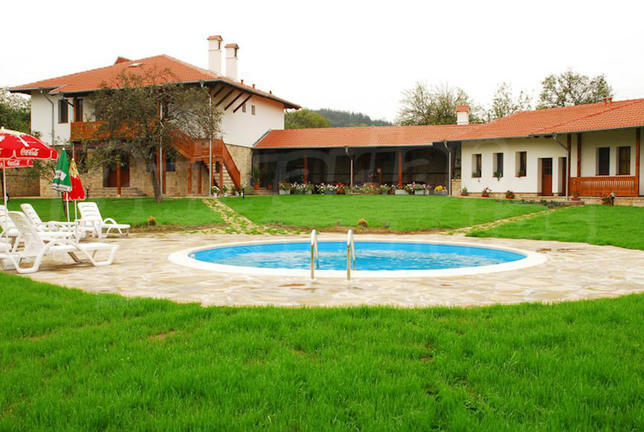 For sale
Guest Houses Complex in the Heart of the Elena Balkan Near Elena , Elena Traditional Renaissance style property set in a region with pure nature Set in traditional Renaissance style, this complex of guest houses is situated in the heart of the magnificent Elena Balkan, 13 km away from Elena and 28 km away from Veliko Tarnovo. A wonderful place for relaxation and fun with all modern conveniences. The property is
€ 370 000
475.00 m2 (778€/m2)
Type of property: Houses

Silvia Nikolova Estate Аgent, Veliko Tarnovo
Beach Villas on the Bulgarian Black Sea Coast
Searching for your own place in the sun?
Explore our selection of lovely houses and villas situated in the beach resorts and in the villages nearby! Prices with no competition in Europe!
See More 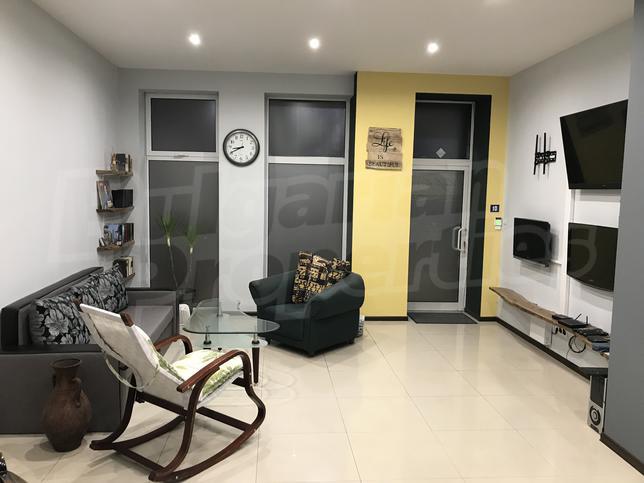 For sale
Office in the center of Veliko Tarnovo Veliko Tarnovo , Quarter Center Commercial premises in a new building with excellent location Commercial premises for sale in the center of Veliko Tarnovo, Hristo Karanminkov Str. It consists of a main room and toilet with sink. Situated on ground level with direct access to the street. Built-up area 42.61 square meters plus 6.80% ideal parts of the common parts of the
€ 37 000
42.61 m2 (868€/m2)
Type of property: Offices 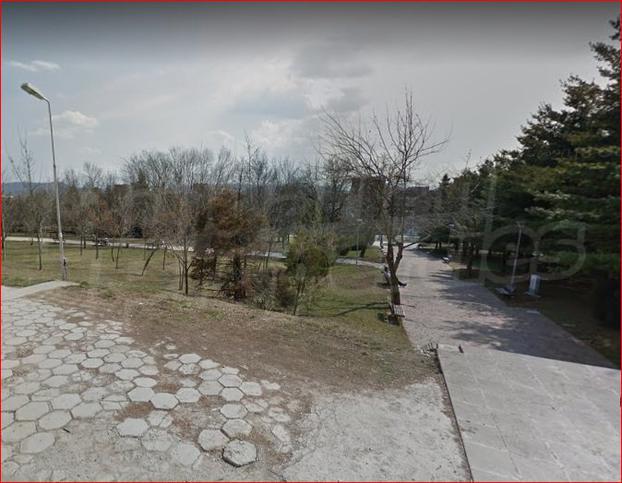 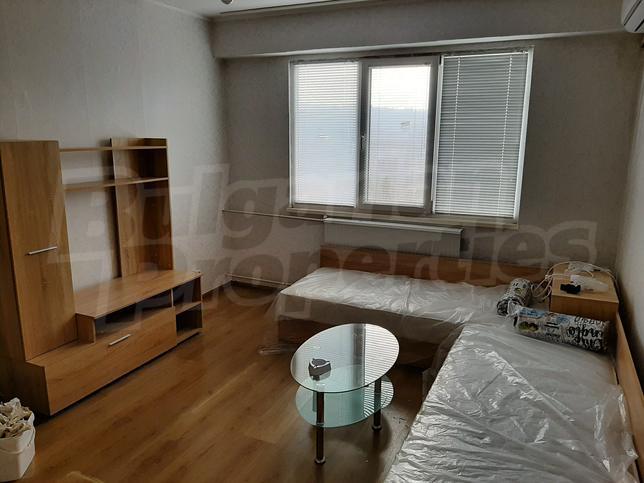 For sale
Furnished apartment in Buzludzha district Veliko Tarnovo Veliko Tarnovo , Quarter Buzludzha Property with good location near school, kindergarten, bus stop Fully furnished property in Buzludzha district. The apartment building is located on an inland quiet street with no heavy traffic near a large shopping chain, bus stop and school. The apartment has an area of ​​45 sq. m., located on the third residential floor and
€ 34 300
45.00 m2 (762€/m2)
Type of property: Studios 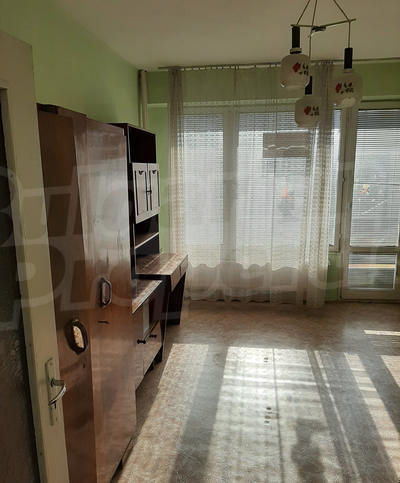 For sale
Apartment in Buzludzha district with good infrastructure Veliko Tarnovo , Quarter Buzludzha Spacious apartment next to park, supermarket, schools, bus stop Large apartment in a panel building (1985) in Buzludzha district with very good transport links and infrastructure. Within walking distance there is a park, T-market and other supermarkets, banks, post office, bus stop, daily amenities and services. The apartment is set on the
€ 35 000
60.00 m2 (583€/m2)
Type of property: 1-bedroom apartments 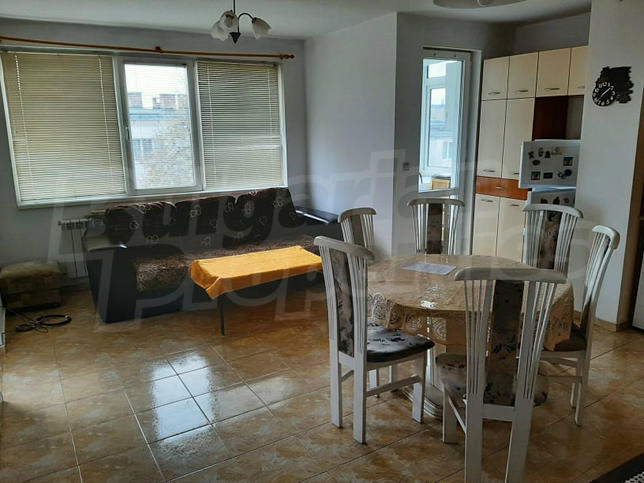 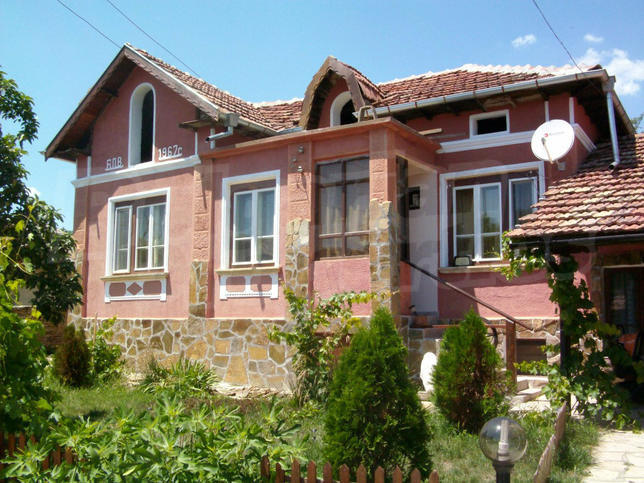 For sale
Fully renovated and furnished property in traditional Bulgarian style Gorna Lipnitsa Two storey renovated house near town Pavlikeni A property is located in the center of the village is situated 12 km from Pavlikeni. The house is completely renovated and furnished. It was built in a traditional Bulgarian style. It has two floors with total living area of 160 sq. m. There is dining room and lounge with
€ 24 900
160.00 m2 (155€/m2)
Type of property: Houses 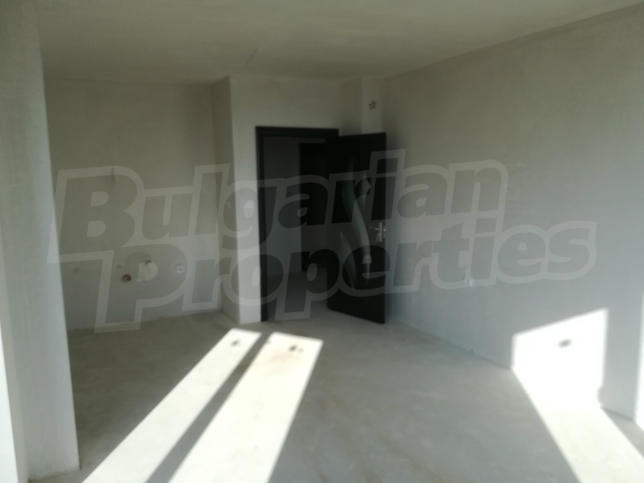 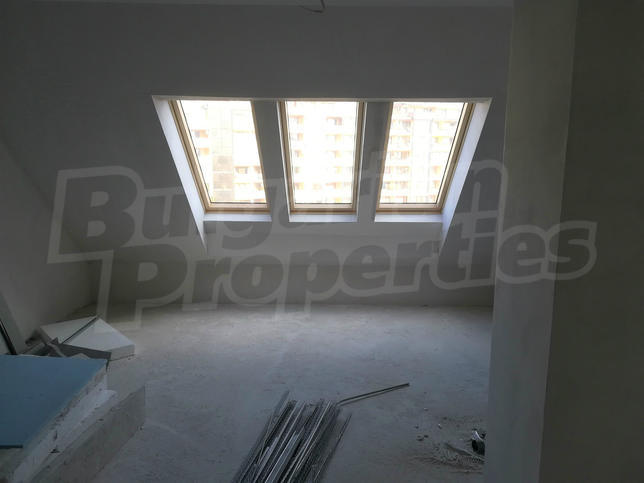 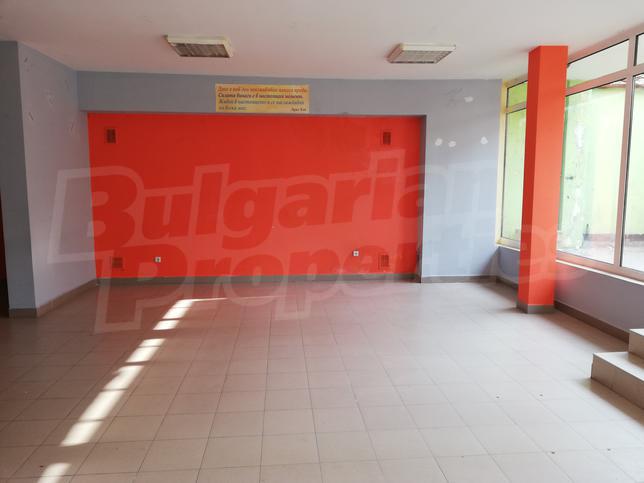 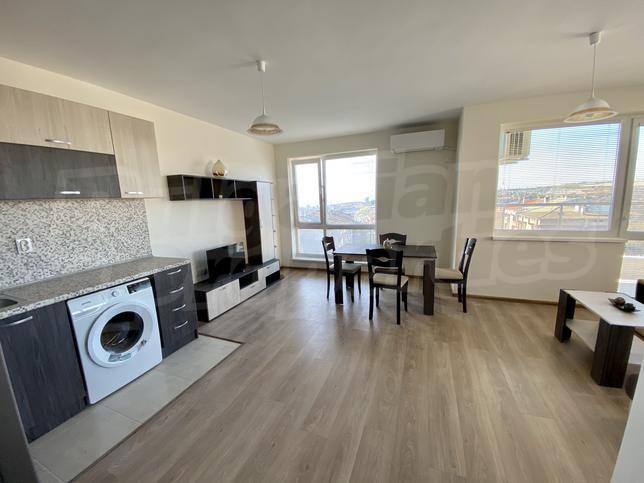 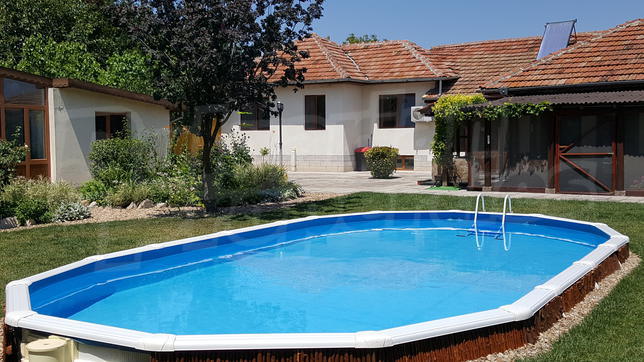 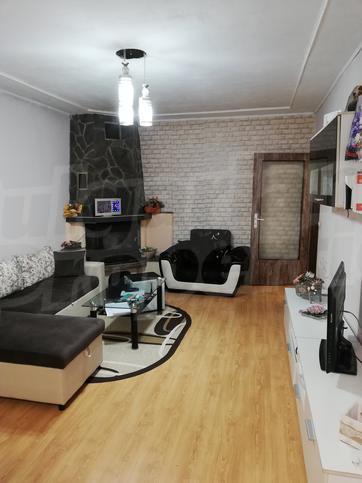