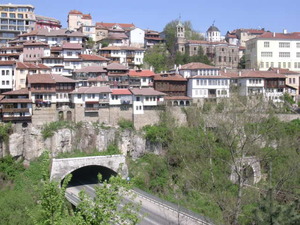 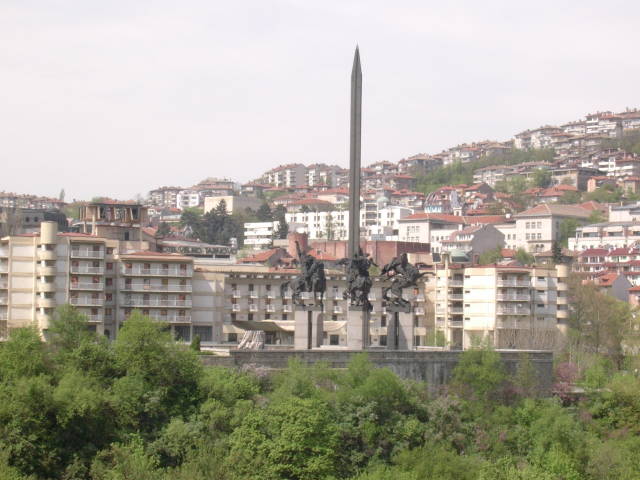 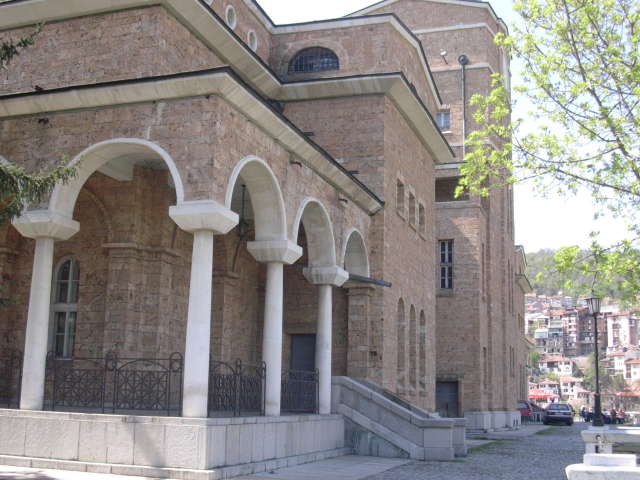 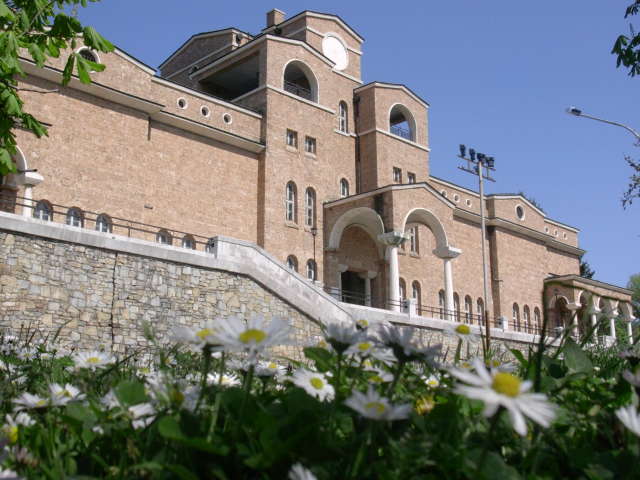 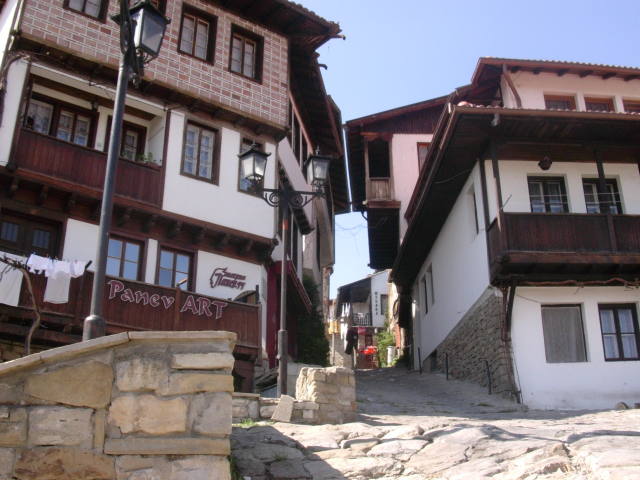 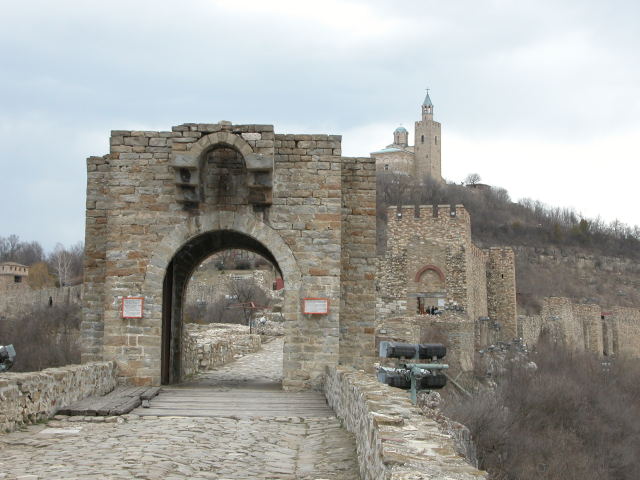 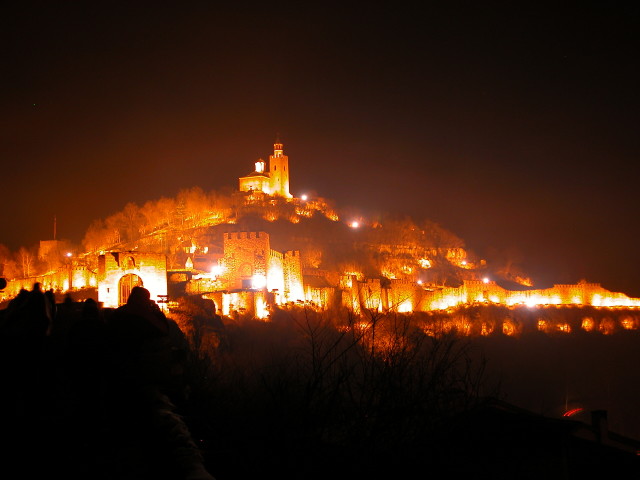 ARTICLE ABOUT VELIKO TARNOVO IN THE FINANCIAL TIMES

The heart of Veliko Turnovo started pulsing about 13th century BC when the first Thracians settled here. Nowadays the town, rich in historical and cultural heritage, picturesque and panoramic views, leaves the tourists life-long fascinated and touched by its beauty.
Veliko Turnovo was founded at the foot of the North Balkan Range and centuries later spread on four hills  Tzarevetz, Trapezitsa, Sveta Gora and Momina Krepost. The meanders of the river Yantra were used as natural protection from enemies and the Medieval town was additionally supported by fortified walls. After the successful uprising against Byzantine domination organised and led by two brothers  Asen and Petar in 1185, Veliko Turnovo became the capital of the Second Bulgarian Kingdom. For two centures the town developed quickly and became a significant centre of culture, politics, economy and religion. During that period literature, art and crafts thrived and remarkable architectural monuments were created.

The remains of the fortress, named after the hill, are now a major tourist attraction. The royal palace and the Patriarchal church were surrounded by separate fortified walls. During XII-XIV century all improtant institutions were concentrated on Tzarevetz. When the town fell under Ottoman yoke (with the help of a traitor, as it is believed) the palace and the church were burnt to the ground. Now the fortress stone walls and the three main gates are restored and many prescious remnants of the period were found.

The nobility comprised the major part of the inhabitants. Those were rich families with their own family churches. Seventeen churches have been discovered so far by archeologists. Now you can visit the famous St. Dimitar church built at the foot of the hill where the uprising against Byzantine domination was declared in 1185. It probably was the royal church until 1230 when the St. Forty Martyrs church was built.

The place was a famous religious centre with a lot of churches and monasteries where all the national festivals were carried out. Moreover, Turnovo School of Literature and Turnovo School of Art were located there. Nowadays it is again a centre of culture famous for its well-known university - Veliko Turnovo University St. Cyril and St. Methodius.

Momina Krepost was a separate fortress inhabitted by the poorest people. Many traces of the period have been found by archeologists  remnants of fortress walls, gates, towers, buildings, coins and different everyday objects.

The quarter is situated on both banks of the river Yantra between Trapezitsa and Tzarevetz. This picturesque quarter was a part of the so-called "new" town of the medieval capital and it still exists in all its beauty. One of the most important churches are St. Dimitar church, St. Forty Martyrs church, St. George church, St. Peter and St. Paul (12th century).

A sightseeing tour should also include Samovodska Charshia (Trade Street) - the place where many craftsmen work using the original technologies and tools of the past. Many of the houses and the workshops in the street are fully restored today. This place is one of the very few in Bulgaria, where the atmosphere of the Bulgarian Renaissance street has been preserved almost intact.

Now the old Trade Street is an architectural-ethnographic complex. Close to it are 'Kashtata s maimunkata' (the House with the monkey) (1849), 'Sarafkina House' with an ethnographic exhibition and Hadji Nikoli's Inn (1858).

The Sound-and-Light Audio-Visual show is an attraction which represents the history of the town through the means of the sound and the light. In the evenings, during the unique show, Tzarevetz hill is covered with fountains of fairy lights. There are only few similar performances in the world and this one should not be missed!

The Holy Trinity Monastery a small cave formed in the rocky massif above the present-day monastery. Soon the place was gradually transformed into a true community of monks. In the following years it became the first School of Literature in Bulgaria, established by the monks there.

The Preobrazhenski Monastery is situated at the distance of 6 to 7 km north of Veliko Tarnovo, under the inaccessible sheer rocks of the left bank of the Yantra River. It was repeatedly ruined and destroyed by fire during the years of Ottoman Rule and rebuilt in the first half of the 19th century. It is one of the most remarkable monuments of Bulgarian Revival Period architecture and iconography. It includes 4 churches. The wood carved iconostasis and the iconostasis icons, work of masters form Tryavna are remarkable. A bell tower with a clock built by Kolyu Ficheto (1860) rises in the courtyard of the monastery. There is a regular bus to the motorway and it is about a 30 to 40minute walk from there.

One of the oldest monasteries around Veliko Tarnovo Sveta Troitsa The (Holy Trinity) Monastery. It is located on the right bank of Yantra River opposite the Preobrazhenski Monastery. It originated about the year 1070. The Kilifarevo Monastery is at the distance of 17 km south of Veliko Turnovo and 4 km southeast from the town of Kilifarevo. It was repeatedly ruined and destroyed by fire during the years of Ottoman Rule.

The Lyaskovets Monastery is at the distance of 6 km northwest of the Old Metropolis town and at the distance of 3 km southwest of the town of Lyaskovets. It is situated on a high inaccessible rock on the Arbanassi Hill. The monastery provided shelter to the revolution aries during the preparation of the April Uprising. To go there it takes not more than an hour walk from Lyaskovets and 45 minutes from Arbanassi. Accommodation against minimal fees can be found in all above mentioned monasteries.

View Properties for sale in the region of Veliko Tarnovo

Request more information
Share
Beach Villas on the Bulgarian Black Sea Coast
Searching for your own place in the sun?
Explore our selection of lovely houses and villas situated in the beach resorts and in the villages nearby! The best prices in Europe!
See More
Unique residence in Old Town Nessebar
A property you can't find anywhere else in the world! OLD NESSEBAR only exists in Bulgaria and we have a unique residence for sale in this ancient city which is part of UNESCO's list of World Heritage Sites. Find your home in a place of timeless beauty which has survived through centuries and has preserved the wisdom of many cultures and civilizations. Visit this traditional-style new build residence now with a 360-degree virtual tour.
See More
Beach residence with a pool and panoramic sea views in Sveti Vlas
Enjoy life in your sea residence! Buy this 4-bed holiday home with a private pool and breathtaking panoramic views of the entire bay of Nessebar! Enjoy breathtaking sunrises and romantic sunsets in your own sea house and let your dreams come true.
See More
Follow us