Property in Plovdiv region for sale and rent

Plovdiv spreads over an area of 53 sq. km in the Thracian plain along the banks of the Maritza River. The favourable climate and geographica location contributed to the development of the city throughout all historical ages.

The architectural monuments from Antiquity and early Middle Ages create the unsurpassed atmosphere of Plovdiv. The first signs of distinct Ottoman type urban planning can be traced to the middle of the 15th century when a mosque became the centre of the new city coordinate system. The mosque was built over the foundations of a medieval church, which in turn lay upon an earlier historic layer containing the northern arch of the Ancient Stadium. 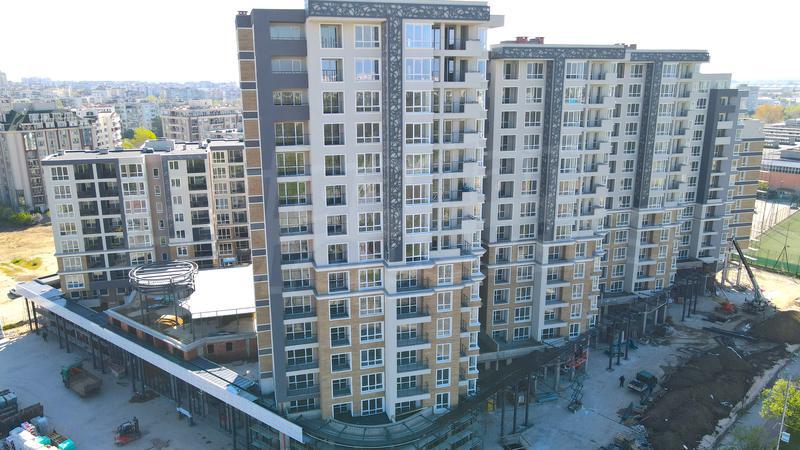 For sale
Bestseller best bargain
Homes in Tomov Plaza Complex - Plovdiv Plovdiv , Quarter Trakiya Exclusive new build ensemble in Trakia district New build in Trakia district, apartments in a high class complex near the centre of the city. Complex Tomov Plaza is situated on a plot of 13 633 sq.m., located in the broad centre of Plovdiv (3.8 km from the Central Square). The region is the newest in the city and is
from € 44 531
69.58 m2 - 140.56 m2 (639€/m2)
Type of property: Apartments (various types) 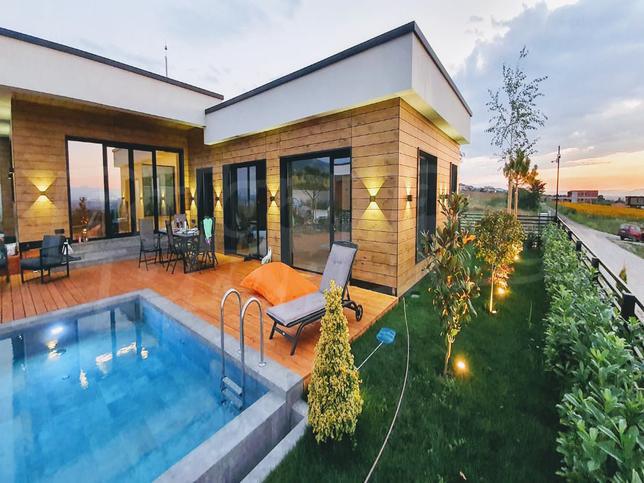 For sale
Luxury
Stylish Single-family House in Markovo Village Near Plovdiv Luxury property complex set 10 km away from the center of Plovdiv Newly built family house located in one of the most preferred areas near Plovdiv - in the village of Markovo, only 10 km from the city center. The property offers a contemporary urban look, with optimum space distribution, creating complete comfort and rationality. The
€ 199 000
Area: 162 m2  Garden: 505 m2
Type of property: House

For sale
Luxury
Complex of houses in a picturesque village near Plovdiv Near Plovdiv Complex of luxury properties 10 km from the center of Plovdiv For those of you who like clean and sophisticated design, these beautiful houses will surely be of interest. Finished by all standards and modern technologies, extremely beautiful facade, high quality windows and materials. The location provides a peaceful living environment and
from € 100 700
Area: 93 m2  Garden: no
Type of property: Houses 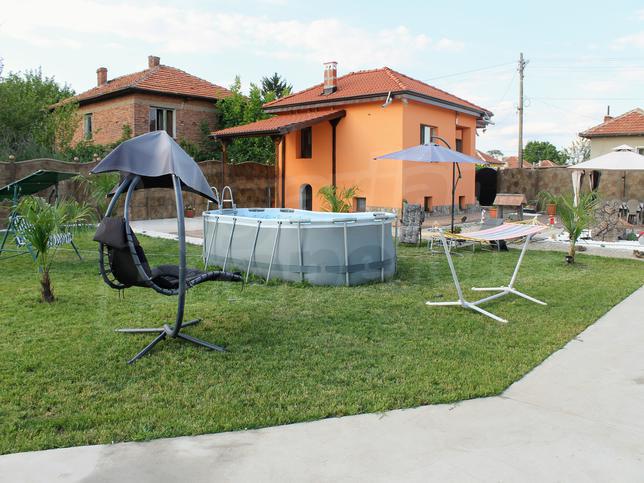 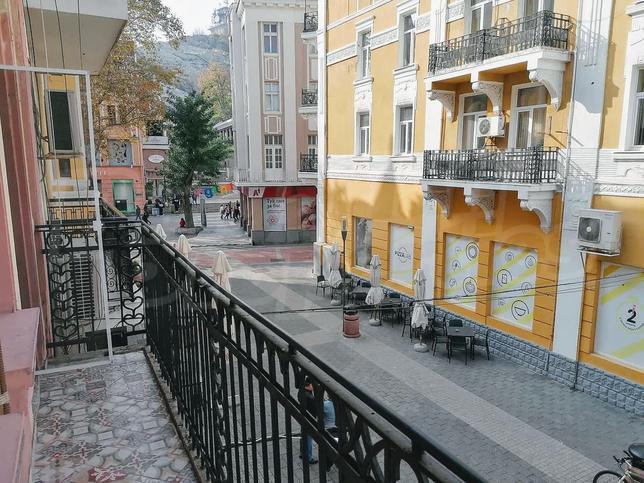 For sale
new Luxury
Floor of a house next to the Main Street and Kapana in Plovdiv Plovdiv , Quarter Center Attractive property in the heart of the cultural capital of Bulgaria Floor of a house in the center of Plovdiv near Danov Hill, Tsar Boris III Obedinitel Blvd., banks, shops, the Ancient theater, restaurants and cafes, offices, Sveta Marina Church, Knyaginya Maria Luiza Blvd., Tsar Simeon Garden and many other amenities and public institutions
€ 260 000
157.00 m2 (1656€/m2)
Type of property: Floor of a house

For sale
new
Residential building with three sections in Trakia district Plovdiv , Quarter Trakiya Studios, one and two bedroom apartments in a new building in Plovdiv Apartments in a new building under construction near a public transport stop, school, pharmacy, restaurant and shops. The residential building will include three sections. The building faces two streets and is close to all amenities. The unique location makes the project suitable
from € 39 026
60.04 m2 - 120.74 m2 (650€/m2)
Type of property: Apartments (various types)

For sale
Luxury
Lovely house with four bedrooms, garden, garage and tavern in the village of Belashtitsa Near Plovdiv Furnished house with landscaped garden with barbecue in a picturesque area near Plovdiv The house is fully furnished with everything you need down to the smallest detail. It is located on a quiet street in the lower part of the village of Belashtitsa, near a bus stop, kindergarten, school, shops, pharmacy. The street is lit and asphalted. The area has beautiful
€ 242 000
Area: 204 m2  Garden: 885 m2
Type of property: House 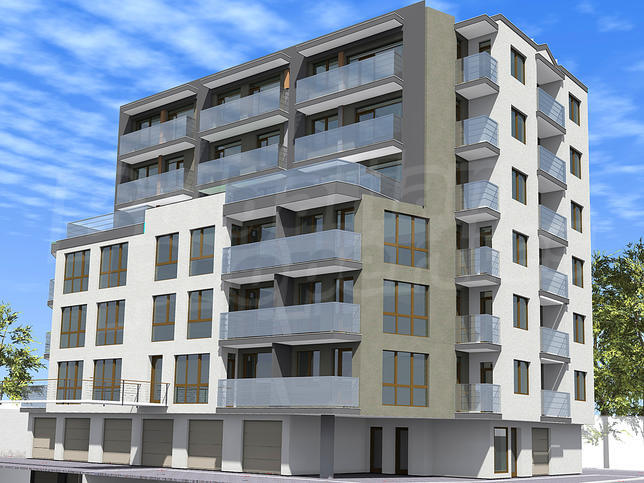 For sale
Luxury building by the Maritsa River in Kurshiyaka district Plovdiv , Quarter Kurshiyaka Bargain apartments of 750 EUR/sq.m. within walking distance to the center of Plovdiv Choose your new home without commission among the variety of apartments in this luxury 7-storey building with upcoming start of construction in May 2021 and completion in 24 months. The building is situated within walking distance to the Novotel and the downtown area, in a quiet
from € 33 030
44.04 m2 - 98.68 m2 (750€/m2)
Type of property: Apartments (various types)

Stefan Mollov Senior Estate Agent, Plovdiv
Properties with video
Only on our website you will find a variety of properties in Bulgaria with videos. Don't waste time, view them online - on your phone, laptop or tablet, at a convenient time and without the need for an inspection trip and personal visit. Welcome for video viewings with BULGARIAN PROPERTIES!
See More 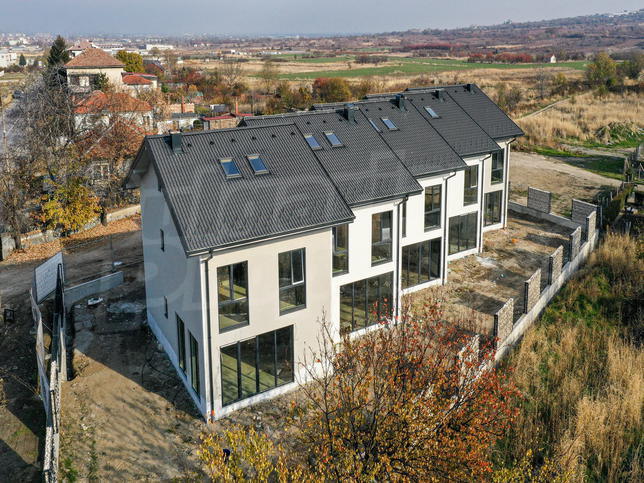 For sale
Complex of houses near Plovdiv Near Plovdiv , Priroden park Rodopi Houses with garden and parking spaces at the foot of the Rhodopes If you are looking to buy a house with garden in a mountainous area near the city - check this offer. Residential complex 10 km from Plovdiv, out of the noise and dynamics of the city, but close enough to it. Complex designed to bring its inhabitants a unique feeling of luxury
€ 139 700
Area: 192 m2  Garden: 192 m2
Type of property: Houses 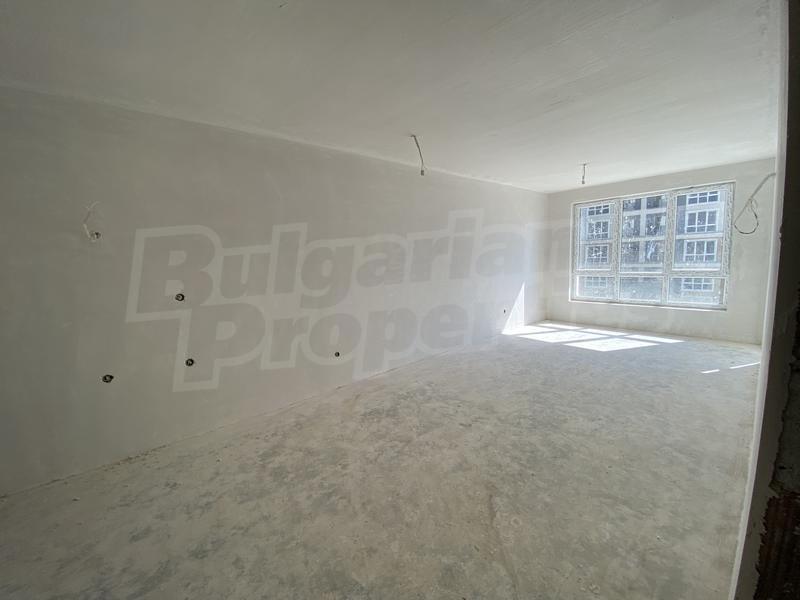 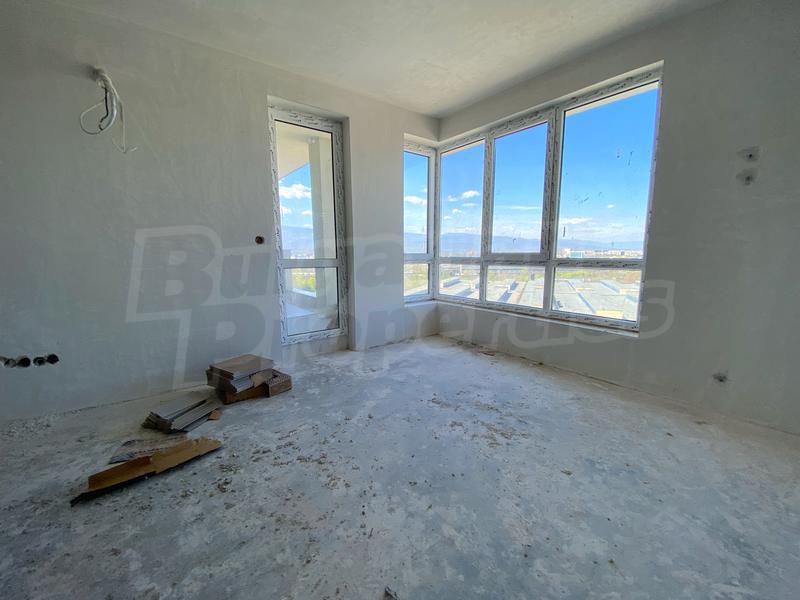 For sale
Spacious apartment with a beautiful view in a modern gated complex - Tomov Plaza Plovdiv Plovdiv , Quarter Trakiya Three bedroom apartment in a high class complex near the center of Plovdiv Spacious apartment of high class construction, in one of the newest, modern complexes in Plovdiv - Tomov Plaza. The complex is located in Trakia district, not far from the city center (3.8 km from the Central Square). The region is the newest in the city and is constantly being
€ 86 592
135.30 m2 (640€/m2) Floor: 12
Type of property: 3-bedroom apartment 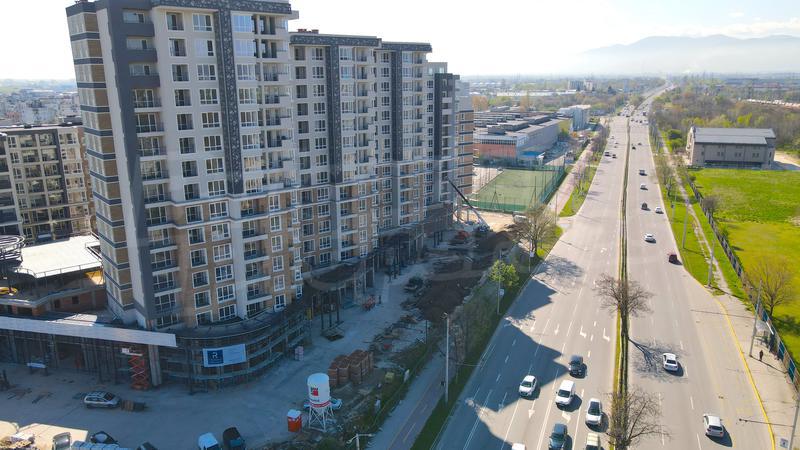 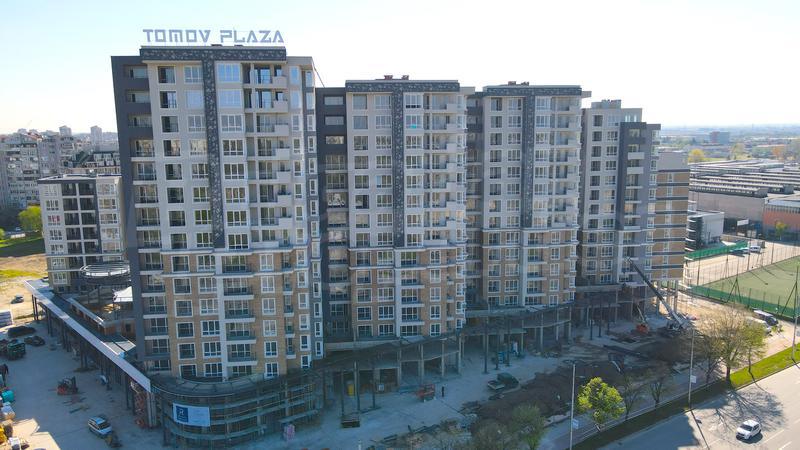 For sale
Spacious 2-bedroom apartment in luxury complex in Trakia district Plovdiv , Quarter Trakiya New property in gated complex Tomov Plaza not far from the center of Plovdiv Are you looking for your new home in the residential area Trakia in the second largest city in our country - Plovdiv? We have an excellent offer for you - a two-bedroom apartment in the modern gated complex Tomov Plaza, located not far from the city center (3.8 km from Central
€ 70 035
109.43 m2 (639€/m2) Floor: 10
Type of property: 2-bedroom apartment 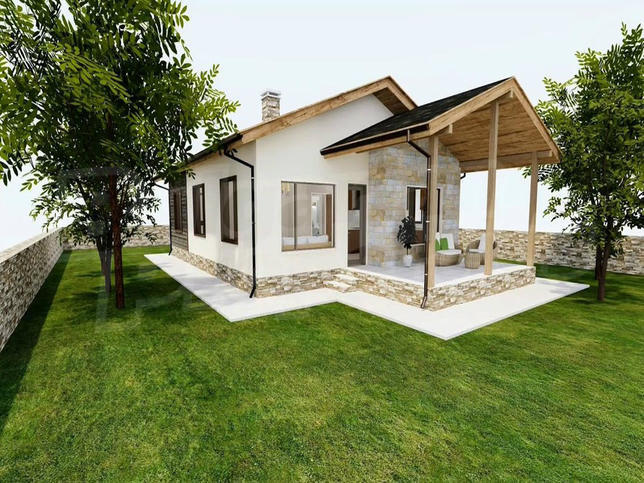 For sale
Stylish Newly Built House in Belomorski District Plovdiv , Quarter Belomorski Wonderful property in the city, overlooking the Rhodope Mountains House under construction (planned completion after mid-2021), located in Belomorski district, behind the Plovdiv Customs building, near the Ring Road. The house is located in a newly built neighborhood with only new single-family houses on one or two floors. The property
€ 99 000
Area: 116 m2  Garden: 600 m2
Type of property: House 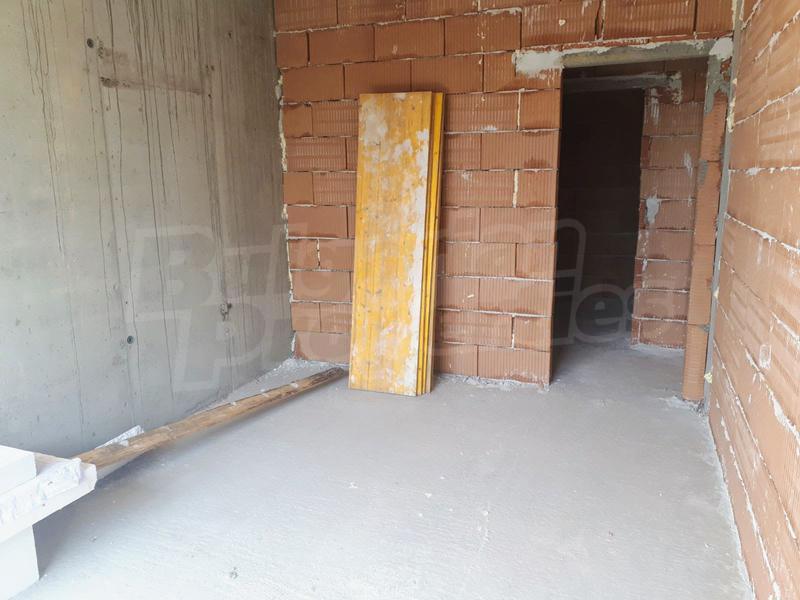 For sale
Promo
Apartment in Plovdiv Plovdiv , Quarter Center For sale - apartment We offer you this apartment with a total area of 0 m2 which is situated in a gated development. It was constructed in 2020 and has luxury common parts. The property has air-conditioners. Armored front door, external insulation and upvc window frames are available in the property.
from € 29 932
43.38 m2 - 128.47 m2 (689€/m2)
Type of property: Apartments (various types) 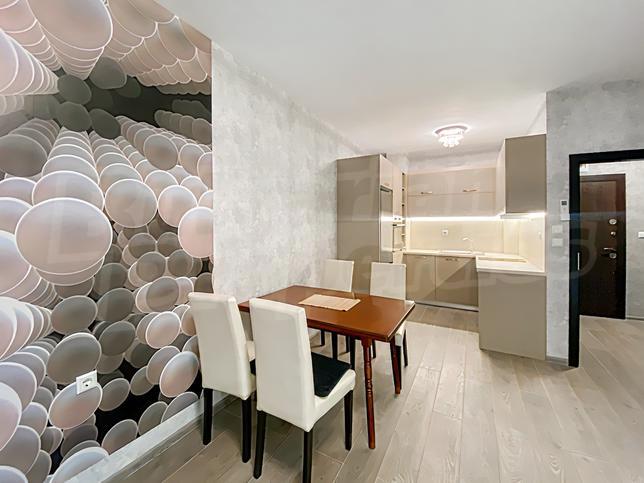 For rent
New one-bedroom apartment in a gated complex next to a kindergarten and schools in Gagarin district Plovdiv , Quarter Gagarin Furnished apartment next to the International Fair Plovdiv One bedroom apartment awaits its first tenants. The property is located in a luxurious, new complex (2020) with well-maintained common areas next to International Fair Plovdiv. The property is close to a kindergarten, schools, shops, Bulgaria Blvd., Maritsa River, as well as to
€ 300/month
72.00 m2 (4€/m2) Floor: 2
Type of property: 1-bedroom apartment 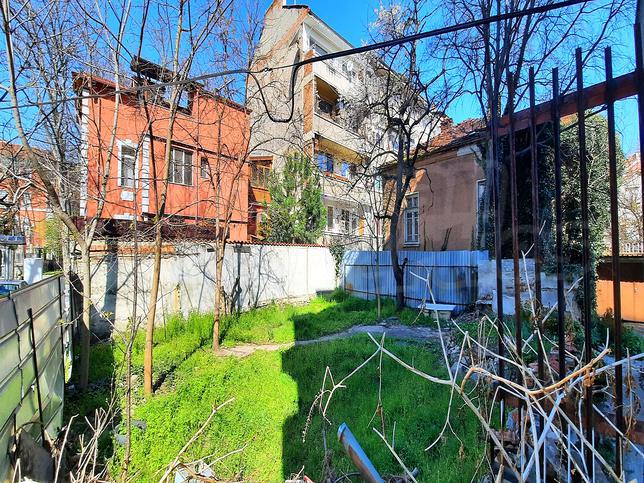 For sale
Reserved
Development land with a prestigious location in the top center of Plovdiv Plovdiv , Quarter Center Plot of land for a family house near the National Trade High School Excellent offer for buying a regulated plot of land, suitable for construction of your new house or building up to 10 meters high with a top location in the center of Plovdiv. The property (181 sq. m.) borders on electricity, water, sewerage. It is planted with grass and
€ 108 600
181.00 m2 (600€/m2)
Type of property: Development land 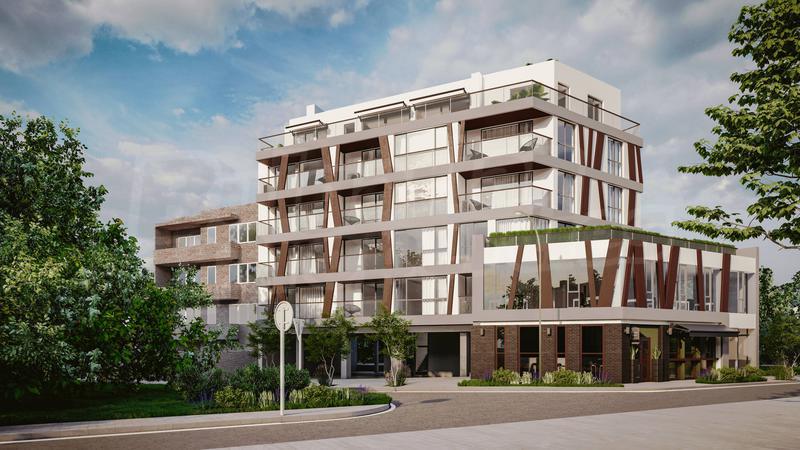 For sale
Apartments in a new high class building in Komatevo area in Plovdiv Plovdiv , Quarter Komatevo One and two bedroom apartments with southern exposure at top prices We offer for sale one and two bedroom apartments in a 5-storey south-facing building in Komatevo area in Plovdiv.  Prices from 640 eur / m2 with VAT, including parking for each apartment  Flexible payment scheme  High class construction  Optimal construction
from € 51 039
75.19 m2 - 204.28 m2 (678€/m2)
Type of property: Apartments (various types) 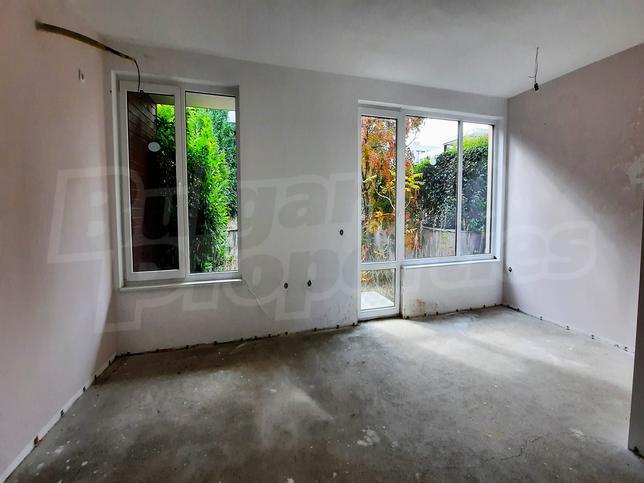 For sale
Family house with garage near Plovdiv Near Plovdiv , Stadion Sokol Two-storey property with beautiful views of the city and Rhodopes mountain Family two-storey house with a garage in a complex of houses near the central part of the village of Markovo near Plovdiv. The total area is 147 square meters, the exposition is south / north. First floor  living room and dining room with fireplace  staircase  entrance
€ 96 000
Area: 147 m2  Garden: 15 m2
Type of property: House 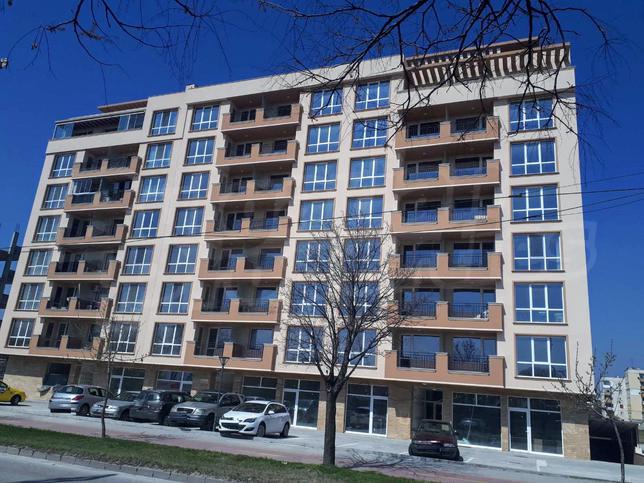