The town of Lovech is located on the borderline between the Danube Plain and the northern foothills of the Balkan and it spreads along the river terraces of the Osam river. The town is surrounded by a 250 m high plateau, with an almost vertical slope toward the East industrial zone. Along its steep slopes the architectural and historical Reserve of the same name is situated, nestled between the hills of Hisarya and Bash Bunar.

The Covered bridge over the Ossam River is among the greatest sights of Lovech. The bridge, just like the people of Lovech, has its own tragic history. It was built three times - first - out of wood and taken away by the river; then Kolyo Ficheto built it covered, with small stores along both sides but in 1925, it was destroyed by fire. Similar to it the Lovech people build the today bridge - a beautiful one, with shops and stores, the river murmuring beneath and telling stories of the past.

The Stratesh Park is the town's pride - picaresque nature, a Zoo, memorials and remains from a Medieval Bulgarian castle attract tourists especially in May when the lilacs cover it with a scent of spring. At that time the Lilac Music Days of Lovech are held.

Are there any discounted properties in Lovech?
Cozy hotel with restaurant near the river Osam in Lovech

What rural properties are for sale in the area of Lovech?
Two houses with a common garden near Lovech

Large plot of land with authentic rural house near Yablanitsa

You have property for sale near Lovech? 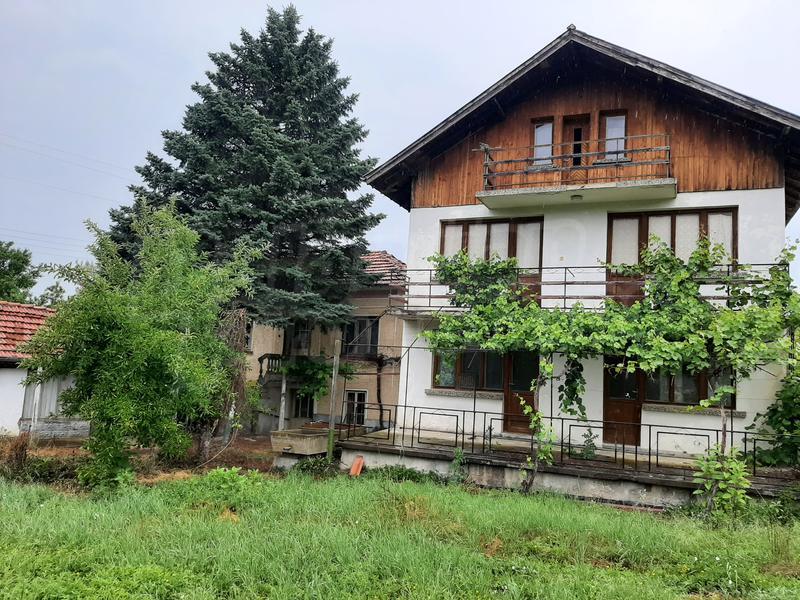 For sale
Two houses with a common garden near Lovech Near Lovech Two rural properties in a beautiful village, amidst beautiful nature and tranquility Check out our new offer for two houses with a common yard and many other buildings. The property is located in a beautiful village located 12 km. from Lovech. Situated on a corner with access to two streets and easy year-round access. Main house: It is built on two floors
€ 25 550
Area: 250 m2  Garden: 1 200 m2
Type of property: House 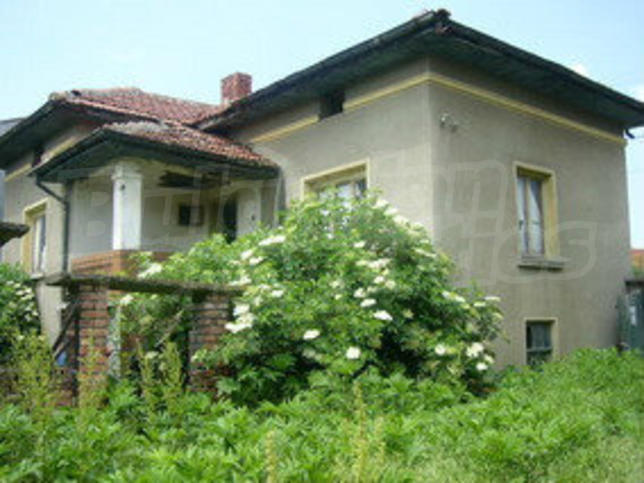 For sale
House near Lovech Near Lovech For sale - house We offer you this house with a total area of 120 m2. Brick walls, wooden floors and wooden window frames are available in the property. The property is connected to electricity, communal water supply and septic tank. Some of the other available facilities that you will certainly
€ 10 000
Area: 120 m2  Garden: 1 900 m2
Type of property: House

For sale -8%
Two renovated houses in one yard in a picturesque village in Stara Planina Near Lovech For sale - house Two houses with a common yard in a picturesque village 30 km. from Lovech. The property is located at the end of the village, in a wooded part. A small river passes by the house, which forms a beautiful waterfall. Access is year-round. Due to the proximity to the main road and at
€ 60 000€ 55 000
Area: 80 m2  Garden: 900 m2
Type of property: House 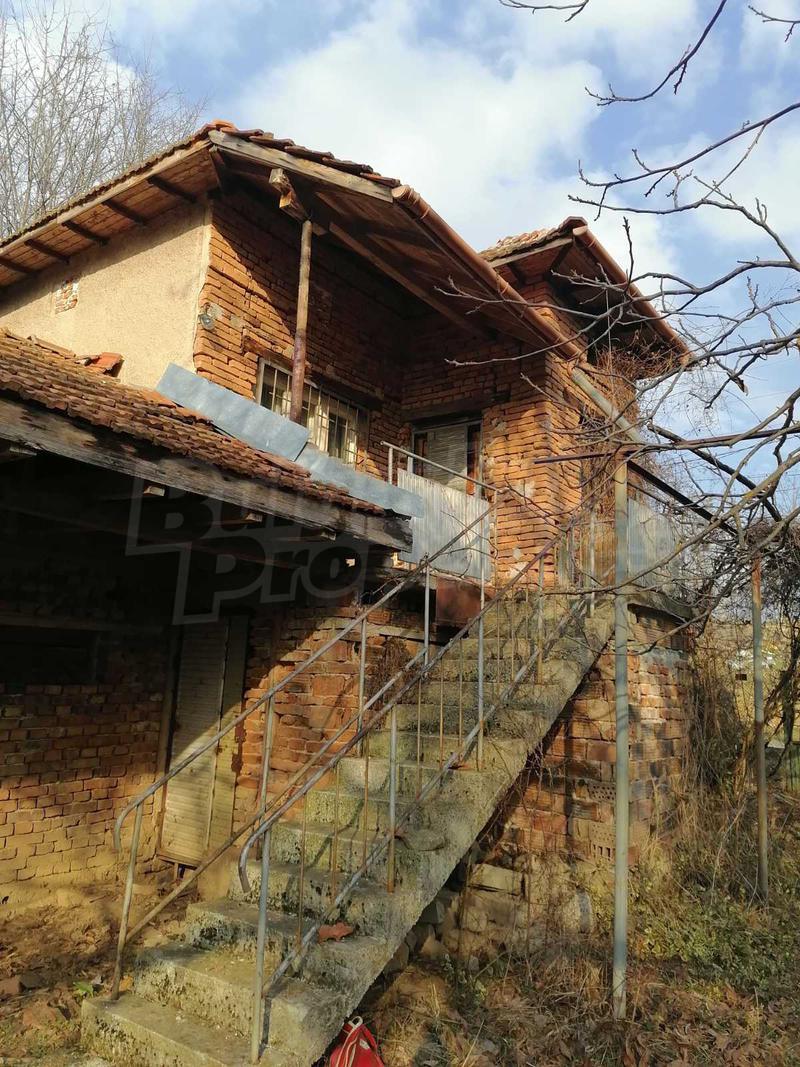 For sale -18%
SOLE AGENT
Large plot of land with authentic rural house near Yablanitsa Near Lovech Property for sale with potential for development in the village of Oreshene Our new offer has great potential and includes a large plot of land 7800 sq.m., all surrounded by a wire fence, along with an old preserved house, outbuildings and own well. It is located on the outskirts of the quiet village of Oreshene in the Fore-Balkan, 8 km from the town of
€ 40 000€ 33 000
Area: 64 m2  Garden: 7 800 m2
Type of property: House 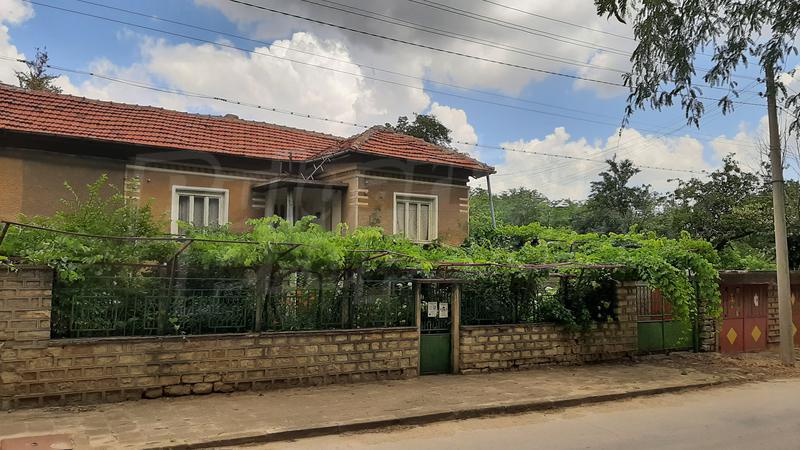 For sale
Attractive property near Lovech Near Lovech Two-storey house with large garden, summer kitchen, outbuildings We offer to your attention a property located in the village of Slatina only 15 km from Lovech and 25 km from Pleven. The house (129 sq.m.) is on two floors, connected by an external staircase. On the first floor there is a kitchen, a room and a basement, and on the second
€ 19 990
Area: 129 m2  Garden: 1 907 m2
Type of property: House 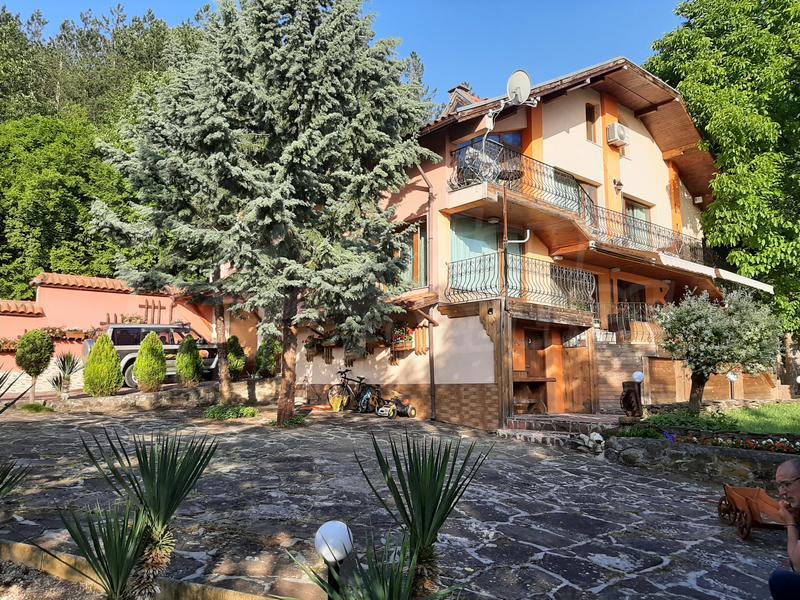 For sale
Unique property with beautiful view 12 km from Lovech Near Lovech Spacious house with maintained garden, garage, summer kitchen with barbecue We offer you this unique property, located on the southern slope with beautiful views, only 12 km from the district town of Lovech. The property consists of a spacious house (300 sq.m.) on two main floors, and two more levels below and above them:  Ground floor - storage
€ 280 000
Area: 300 m2  Garden: 900 m2
Type of property: House 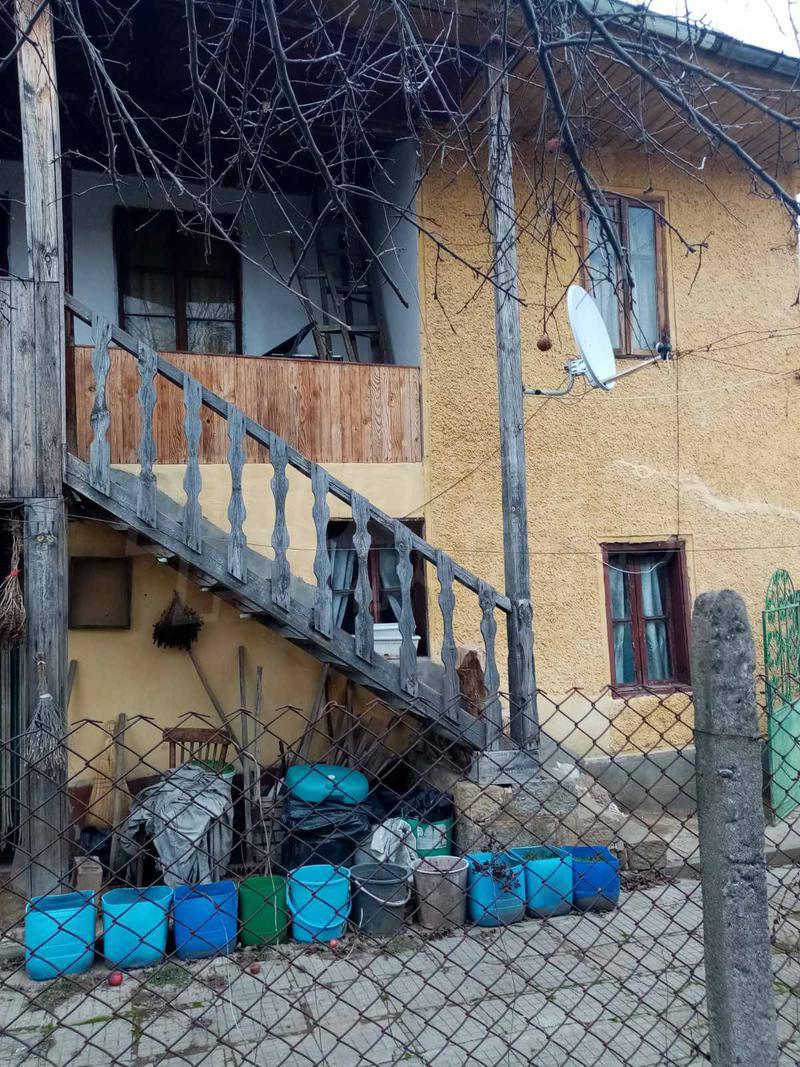 For sale
Authentic rural house near Lovech Near Lovech Property for sale with potential for a guest house in the center of the village of Mikre The property includes a yard with an area of ​​344 square meters and a two-storey, authentic house with a built-up area of ​​42 square meters. Mikre is an attractive village located 25 km. south of the town of Lovech, at the foot of the Troyan Balkans. The
€ 10 000
Area: 85 m2  Garden: 344 m2
Type of property: House 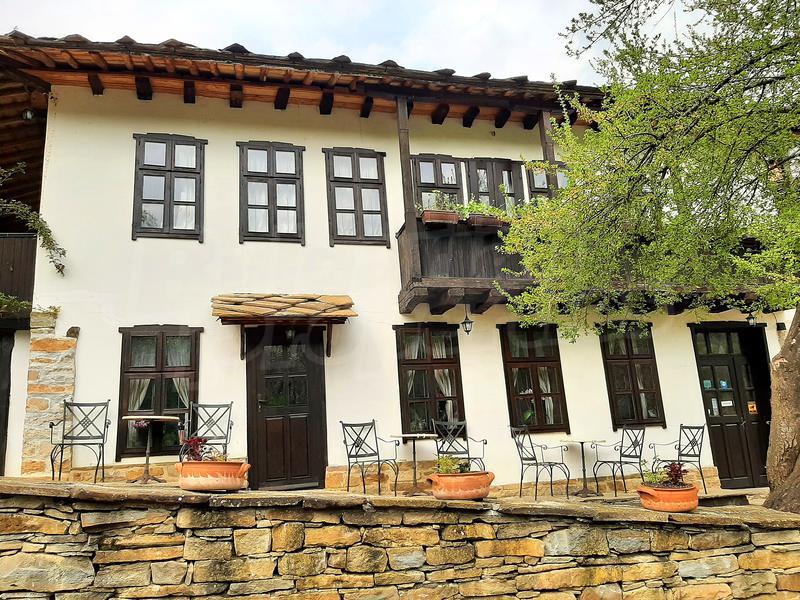 For sale
Complex of authentic renovated houses Near Lovech Near Lovech Property in an architectural reserve We offer for sale a complex of three authentic houses with a common yard, in a picturesque village with an authentic atmosphere of the Bulgarian Revival settlements. There is a unique architectural reserve in the village. About 50 fountains and wells spring here, the variety of
€ 350 000
Area: 544 m2  Garden: 1 014 m2
Type of property: House

Dimitar Pavlov Regional Manager, Veliko Tarnovo
Beach Villas on the Bulgarian Black Sea Coast
Searching for your own place in the sun?
Explore our selection of lovely houses and villas situated in the beach resorts and in the villages nearby! Prices with no competition in Europe!
See More

For sale
Holiday rural property in the area of ​​Krushuna waterfalls Near Lovech Two restored houses and maintained garden with barbecue 30 km from Lovech Excellent rural holiday property in an area with natural landmarks, located in a small picturesque village with 400 inhabitants, 30 km from the district city of Lovech. The property consists of two restored and internally modernized houses and a covered outdoor barbecue among
€ 146 000
Area: 150 m2  Garden: 2 000 m2
Type of property: House 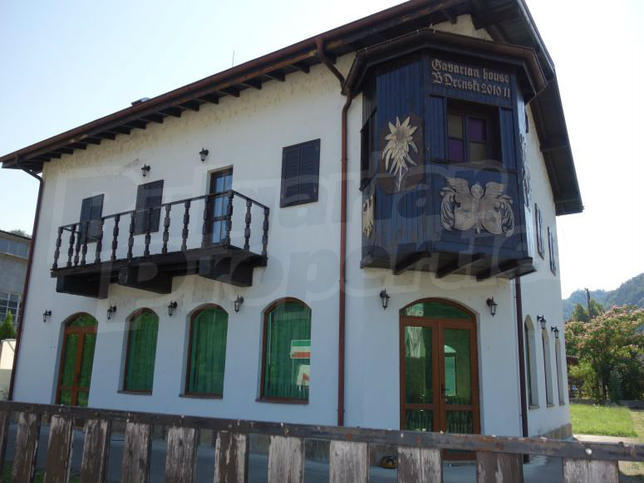 For sale
SOLE AGENT
Restaurant and Pool in the Town of Troyan Troyan Property with excellent potential, located on the road to "Beklemeto" Excellent opportunity for investment and family business in Troyan, in a restaurant with pool, located in the region of Hristo Smirnenski district. We present for sale a plot of land, together with a restaurant and a swimming pool, designed according to a Bavarian model and
€ 200 000
260.00 m2 (769€/m2)
Type of property: Restaurant 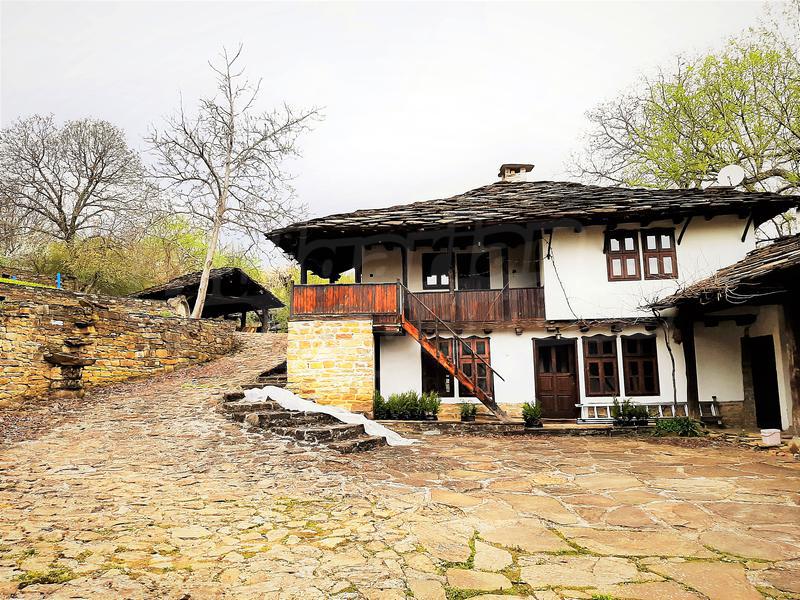 For sale
Two authentic renovated houses with garden 27 km away from Lovech Near Lovech Property in an architectural reserve We offer for sale two houses with garden in a picturesque village with an authentic atmosphere of the Bulgarian Revival settlements. There is a unique architectural reserve in the village. About 50 fountains and wells spring here, the variety of herbs, mushrooms and fruit trees
€ 250 000
Area: 204 m2  Garden: 1 334 m2
Type of property: House 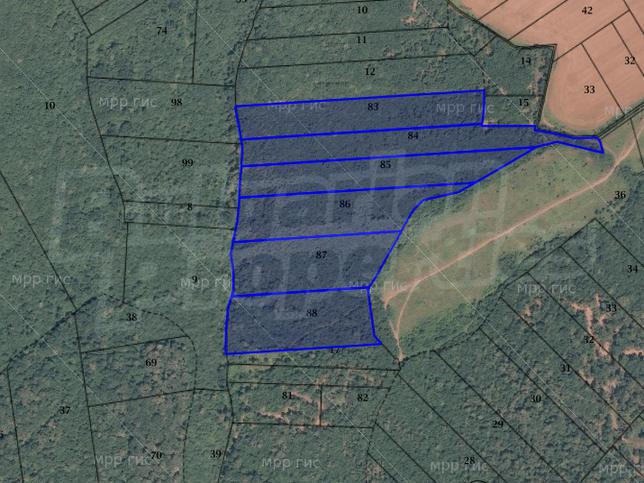 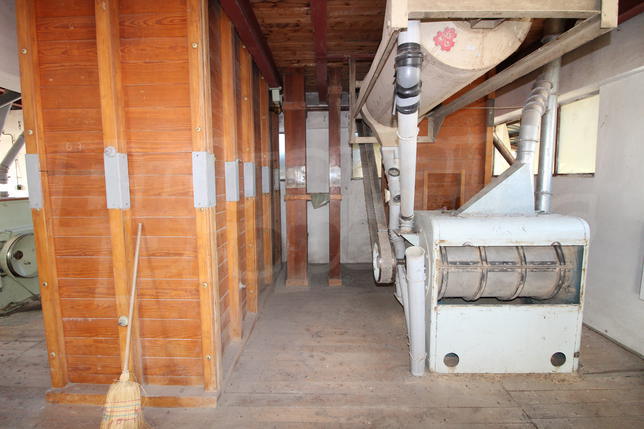 For sale -53%
An amazing opportunity for you business in Bulgaria Near Lovech A factory suitable for you business We offer you this factory (mill) with a total area of 500 m2. There are Upvc window frames in the property. The property is connected to electricity, communal water supply and communal sewage system. There is Internet, satellite tv and secure entry system in there. There are
€ 350 000€ 165 000
Area: 500 m2  Garden: 3 000 m2
Type of property: Mill 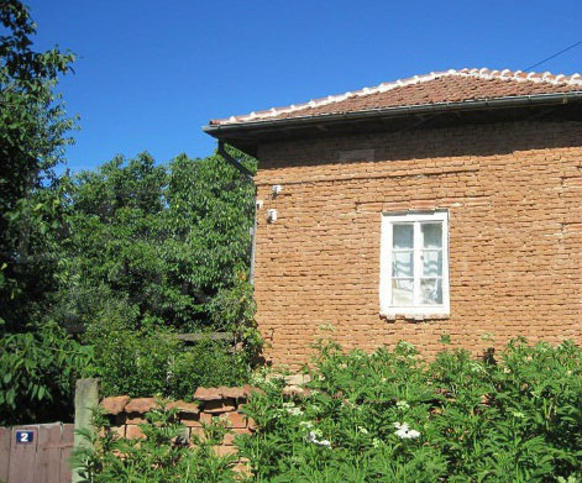 For sale
Brick built house with garden in a village close to Lovech Near Lovech Two storey property in a area with beautiful scenery, 16 km. from Lovech This charming house located in a peaceful village 16 km away from the regional town of Lovech at the foot of Stara Planina mountain The house is made of brick and it has two floors. It has a living area of 180 sq.m. and consists of: - 3 bedrooms - 1 living room - 1 dining
€ 11 950
Area: 180 m2  Garden: 1 215 m2
Type of property: House 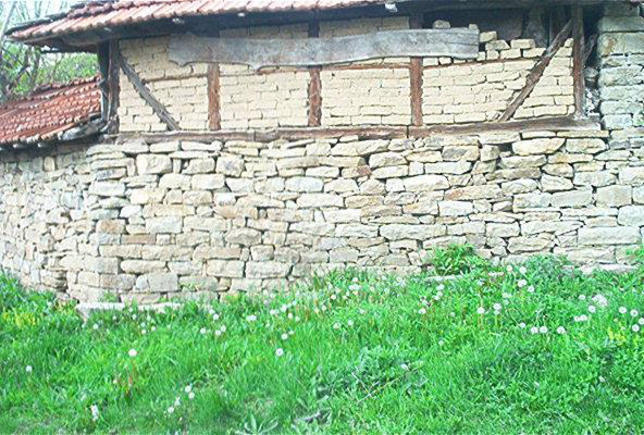 For sale
Two old houses in a village 12 km. of Lovech Near Lovech Rural property in a well developed village with beautiful scenery The property is a single storey brick house with total area of 65 square meters. On the floor there is a store basement. The property has one storey old house with a veranda in poor condition. The yard has a size of 600 sq.m. The stone walls around the property are well
€ 9 800
Area: 65 m2  Garden: 600 m2
Type of property: House 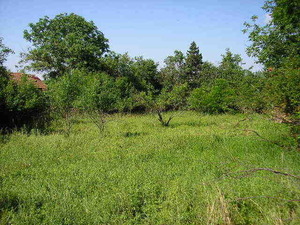 For sale
Land for sale near Lovech Near Lovech Lovely plot of regulated land at competitive price! This sunlit regulated plot of 1442 sq. m. of land is situated at the end of a tranquil village some 25-30 km. away to both the towns of Lovech and Pleven. The plot comes with an old farm building and is supplied with electricity and running water. The area is very peaceful, ideal
€ 4 500
1 442.00 m2 (3€/m2)
Type of property: Land