Properties and real estate in Elhovo for sale and rent

Elhovo is a town located in the Southeast Thrace near the river Tundzha in the middle of the fertile Elhovo field. It is set 37 km from Yambol, 65 km from Sliven and 94 km from the Black Sea city of Bourgas.

The Elhovo settlement system encompasses part of the lowland-hilly and low-mountain Tounja Area - a region of the middle valley of the Toundzha River and part of the Dervent elevations. The plain relief in the north parts gradually turns to low-mountain - a part of the Dervent Elevations. The Toundzha River passes through the low-mountain range in the south part, separating the Dervent Elevations from the Sakar Mountain. The river forms a picturesque canyon between them. Its steep valleys and numerous windings make the region picturesque and attractive. The area provides excellent conditions for relaxation, fishing, hunting, rafting etc.

Now is a great moment to become the owner of a rural house, a villa, a plot of land or an apartment at a bargain price! 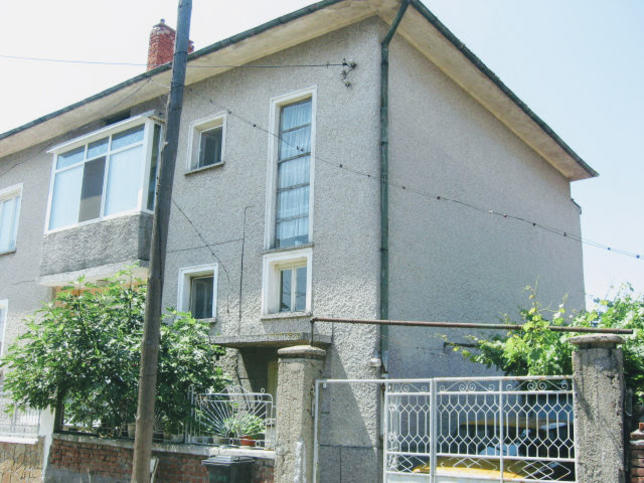 For sale -29%
Floor of house with attic premise and basement in Elhovo Elhovo Attractive property near the center of the picturesque town We sell the second floor of a brick house, located at a quiet street near the center of the town of Elhovo, 35 km from Yambol. The property is set close to a school. Besides the floor the final price includes an attic floor with an area of 109 sq,m,, a basement of 22 sq.m., a
€ 28 000€ 20 000
120.00 m2 (166€/m2)
Type of property: Floor of a house 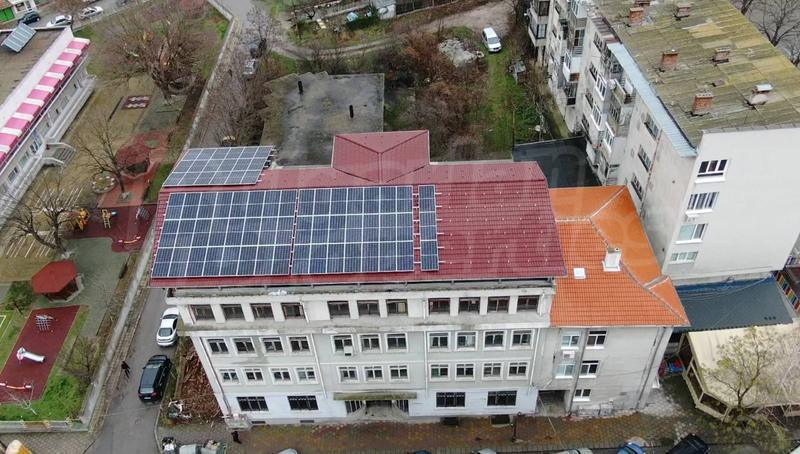 For rent
Premises for rent in the center of Elhovo Elhovo Premises for rent from 10 square meters to 290 square meters. We offer for rent premises in a former sewing factory in the town of Elhovo. The building consists of a basement, four floors and an attic floor. Located in the city center, next to a bank branch, an insurance office and a cafeteria. An area with a great flow of people. The
negotiable/month
290.00 m2
Type of property: Storehouse 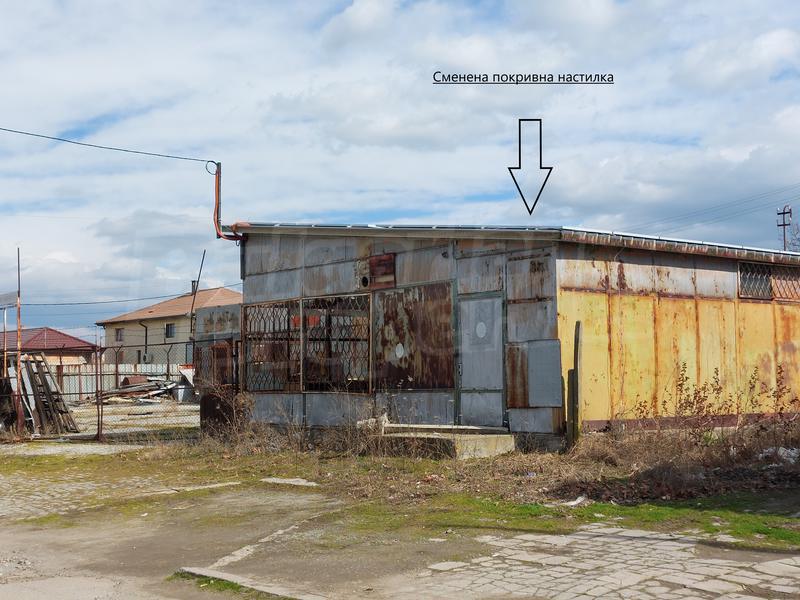 For rent
Warehouse for rent near the Municipal Hospital in Elhovo Elhovo Property suitable for workshop, production, offices We offer for rent an investment property - a warehouse suitable for production activities, storaging, offices and other business projects. It is located in the town of Elhovo, close to the Municipal Hospital, school, restaurants, Speedy office, guest houses, other everyday
negotiable/month
1000.00 m2
Type of property: Storehouse 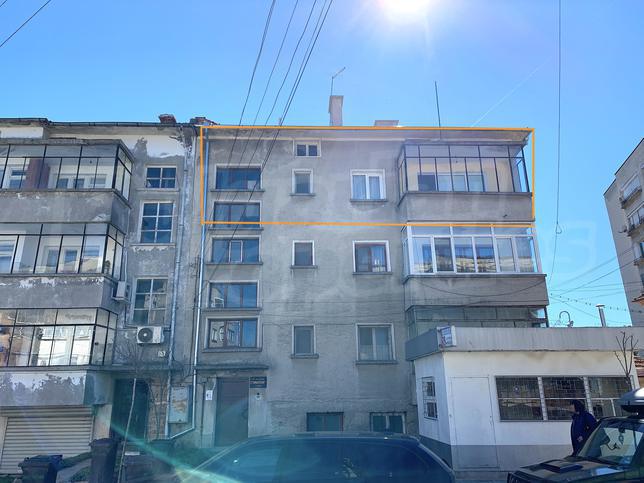 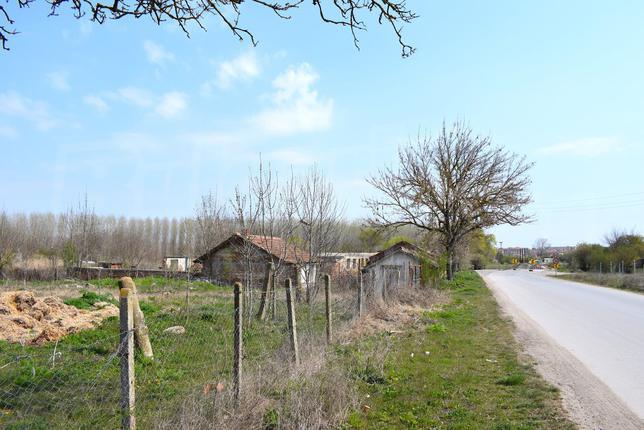 For sale
Large Plot of Land for Investment in the Town of Elhovo Elhovo Property suitable for a farm or warehouse We offer for sale a large plot of land with farm buildings located near the town of Elhovo at the exit for Izgrev village, 38 km away from Yambol and 60 km away from Sliven. The property consists of two plots:  25 734 sq.m. - with status of agricultural land, and with
€ 37 000
26905.00 m2 (1€/m2)
Type of property: Agricultural land 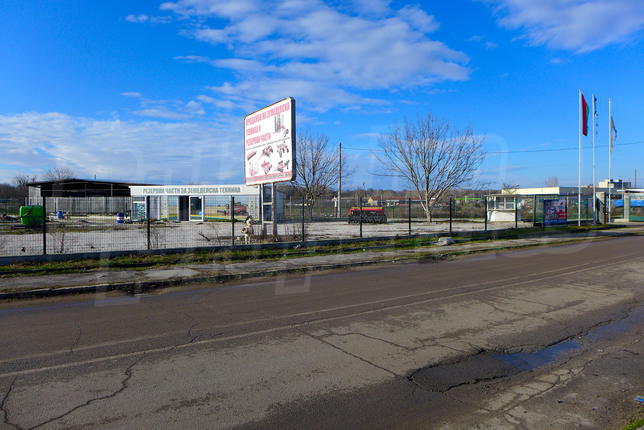 For sale
Regulated Plot of Land in Excellent Condition Elhovo Property suitable for commercial or production activities We present to your attention a wonderful regulated plot of land with an area of 2190 sq.m., located in Elhovo. On site there is electricity, water, sewerage and Internet, and the property is facing an asphalt road, accessible all year round. The plot is with a concrete
€ 74 000
2190.00 m2 (33€/m2)
Type of property: Development land 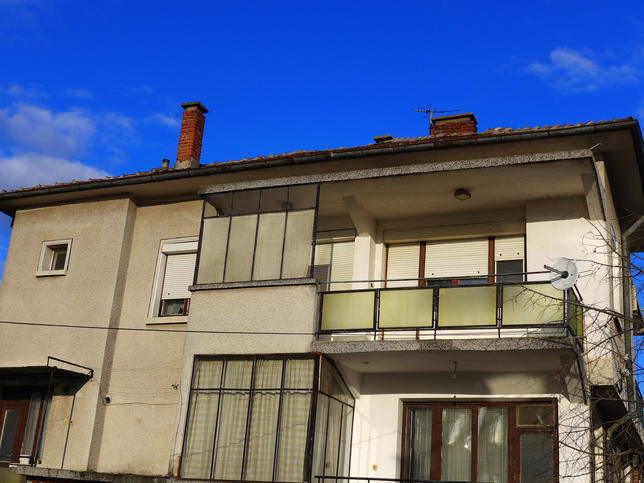 For sale -12%
Second floor of house with yard in Elhovo Elhovo Spacious home with basement and garage in the central part of the town We offer for sale the second floor of a house with a separate entrance, garden of 320 sq.m., garage 21 sq.m. for one car and a basement located in the central part of the town of Elhovo, 35 km from Yambol. The offered floor of the constructed of bricks and concrete, finished in
€ 24 580€ 21 580
220.00 m2 (98€/m2)
Type of property: Floor of a house 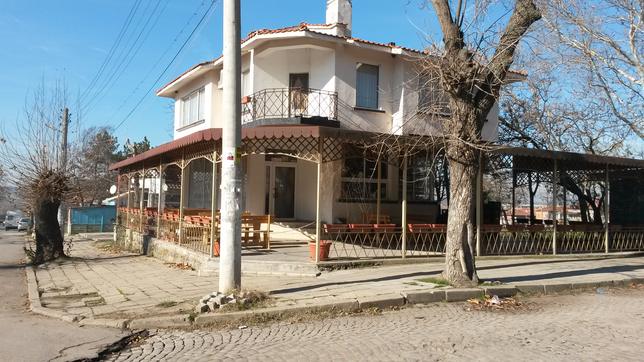 For sale -30%
3-storey house-restaurant in Elhovo Elhovo , The hospital Furnished property with local heating opposite to the town hospital We offer for sale a three-storey house-restaurant with good location, set at a communicative road, opposite to the hospital at the end of the picturesque town of Elhovo, 35 km from Yambol. The building was finished in 2000 and is intended for and functioning as a restaurant. The
€ 99 990€ 69 900
247.00 m2 (282€/m2)
Type of property: Restaurant

Sergey Pelovski Senior Estate Agent, Sofia
Properties with 360-degree virtual tours
Feel the unique atmosphere of Bulgarian properties with the virtual tours we offer! At any time, with just one click, you can travel to your dream home, with no need for appointments and trips.

The virtual tours are taken personally by our team and are with guaranteed authenticity. We show you every detail of the property, just like being live in there!
See More 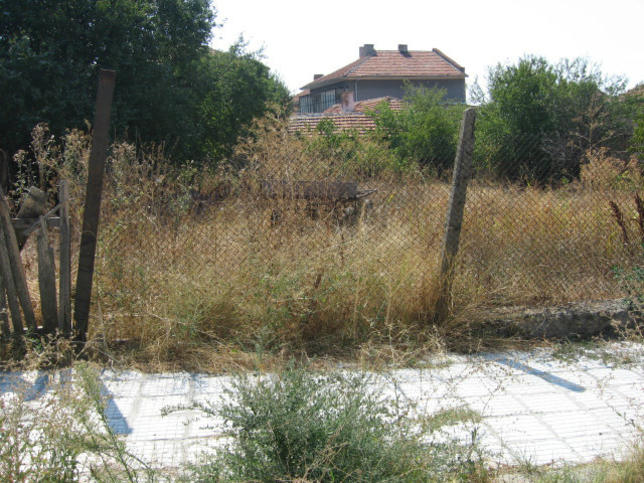 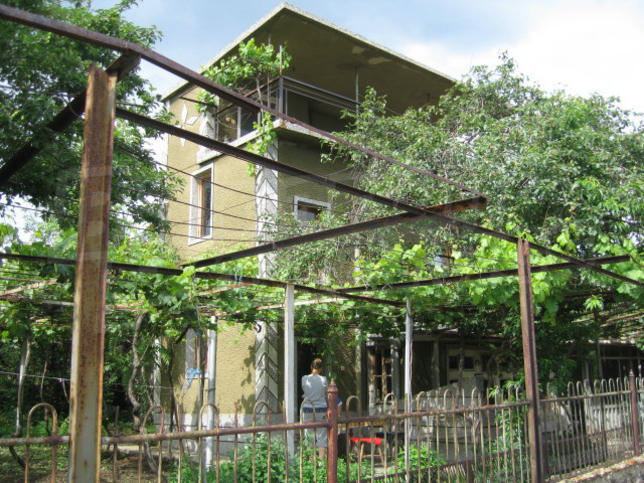 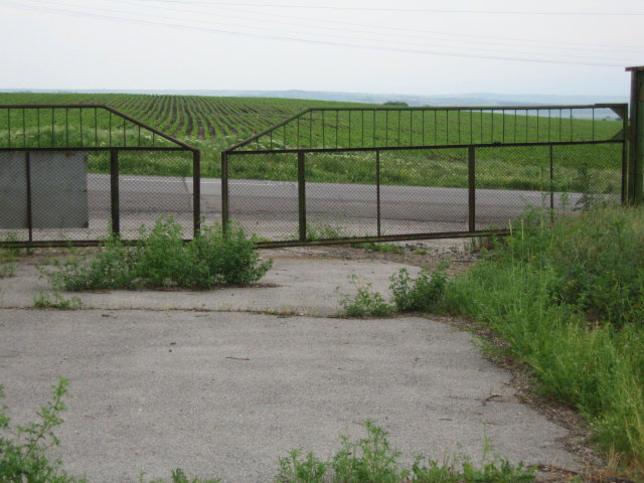 For sale
Plot of land 500 m away from Elhovo Elhovo Development land on the main road Elhovo-Burgas This plot of land that we are offering for sale is situated only 500 m away from the town of Elhovo. The land has total area of 10185 sq.m. There are two buildings in it - 27 sq.m. each. The plot is in regulation and there is water, electricity and sewage system in it. The
€ 43 900
10185.00 m2 (4€/m2)
Type of property: Development land 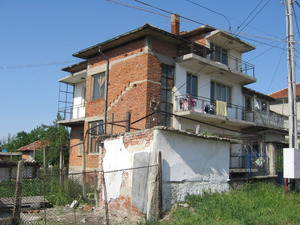 For sale
House with garden near Elhovo Elhovo Three-storey house with summer kitchen and garden We are offering for sale this house, situated in Elhovo - 35 km away from Yambol and 100 km away from Burgas. The house is three-storey, with total area of 300 sq.m. There are corridor, 3 rooms and kitchen on the first floor. On the second floor you will find corridor and 3
€ 40 130
300.00 m2 (133€/m2)
Type of property: House 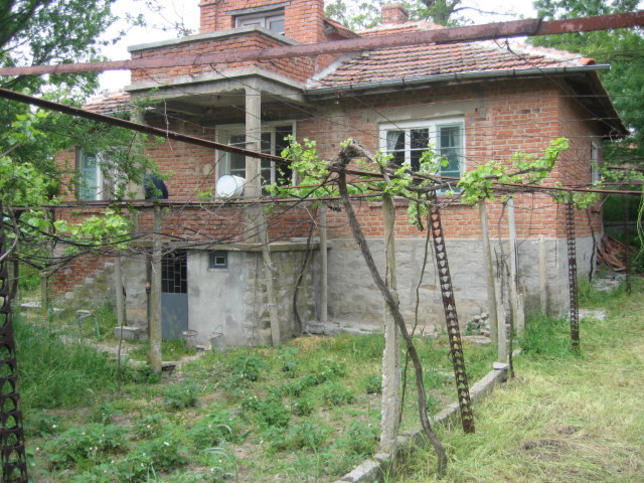 For sale
House with garden in village near Elhovo Elhovo Rural property in peaceful area This two-storey house is situated in a picturesque village, 10 km from the town of Elhovo (southeastern Bulgaria), 20 km from the Turkish border and 150 km from the popular sea resort Sunny Beach. The house is located in the middle of the village, surrounded by a lot of
€ 17 890
87.00 m2 (205€/m2)
Type of property: House 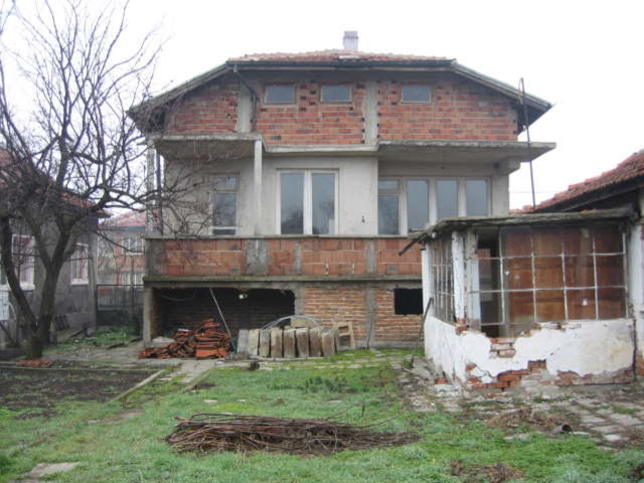 For sale
Spacious house with option for more bedrooms Elhovo , Elhovo Nice town house with a garage In the central zone of the town of Elhovo, being 35 km away from the administrative center Yambol and 100 km from the beaches of Bourgas, is now presented for sale a spacious family house with well-sized garden. The house is built on three floors and comes with 303 sq.m of
€ 31 200
303.00 m2 (102€/m2)
Type of property: House 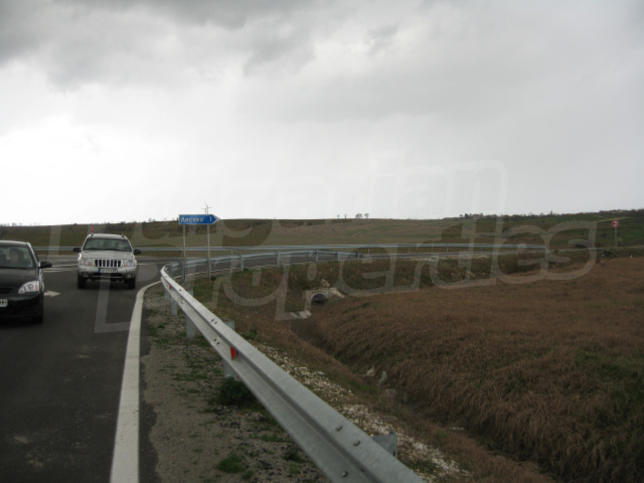 For sale
Regulated plot near Bulgarian-Turkish border Elhovo Unique investment opportunity! This regulated plot for sale is located 3 km from the border crossing point of Lesovo on the Bulgarian - Turkish border. Lesovo is not only a border crossing point of Bulgaria with Turkey, but also the external border of the European Union, as well as the border of the
€ 468 225
10405.00 m2 (45€/m2)
Type of property: Development land 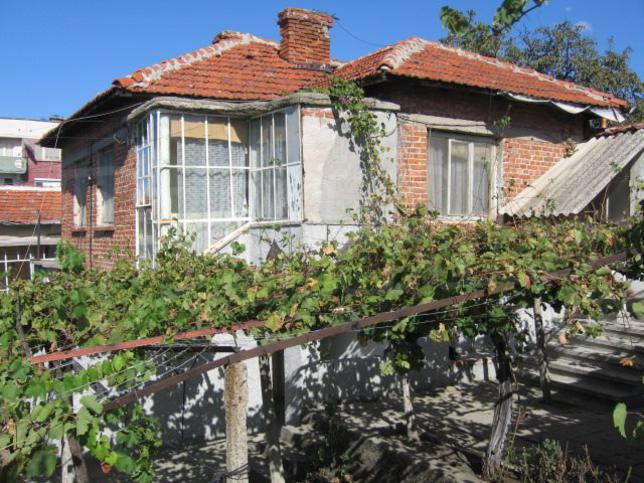 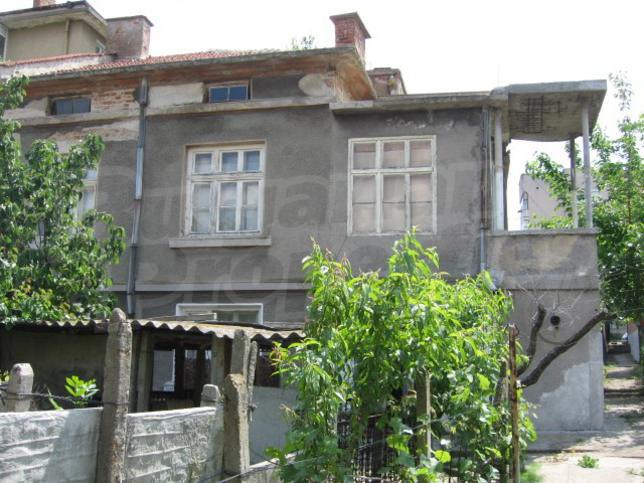 For sale
Two-storey house for sale in Elhovo Elhovo , Elhovo Two-storey house for sale in Elhovo The property we offer is located at the centre of the town of Elhovo. The total living area of the house is 162 sq. m. The first floor consists of corridor, kitchenette, two rooms, lumber room; the second floor provides corridor, two rooms, kitchenette, toilet and spacious
€ 28 500
162.00 m2 (175€/m2)
Type of property: House 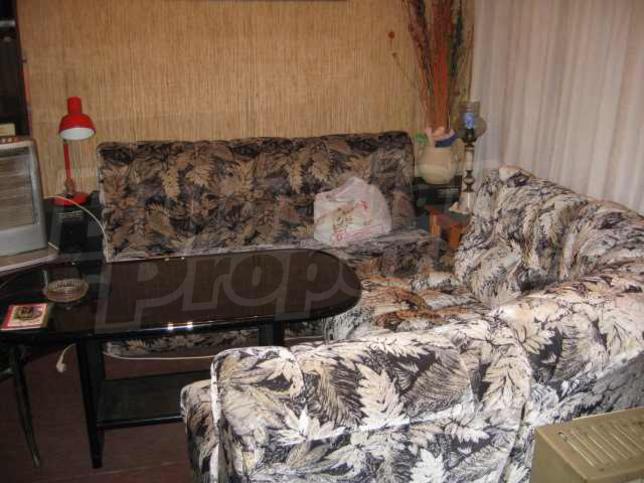 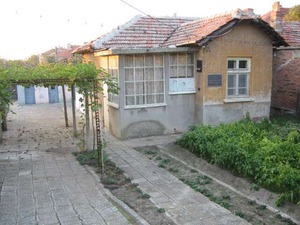 For sale
House for sale in Elhovo Elhovo Rural house in the centre of the town of Elhovo You have the great opportunity to acquire well maintained family house, located in the centre of the attractive town of Elhovo. The house is one- storey and offers accommodation of 60 sq. m. First floor: a corridor, a kitchen, a living room and bedroom. The property is in good
€ 41 000
60.00 m2 (683€/m2)
Type of property: House