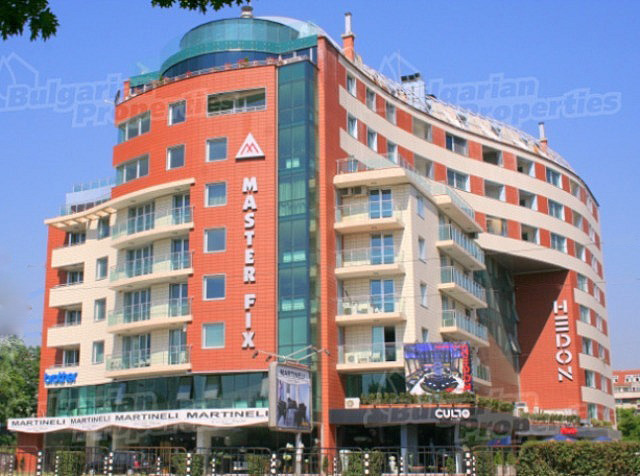 The end of a very tough year is coming and here is our overview of what has happened to the Bulgarian property market in 2009 and what we can expect for next year.

The month of November was more dynamic than we expected and there were some interesting trends.

Firstly, the total number of deals BULGARIAN PROPERTIES realized in the country is only 15% less compared to October. This result differs from previous years when the number of new deals in October was always much higher compared to November.

The other interesting outcome on the market is the type of deals concluded in the big cities  they are mainly in the high price segment of 100,000 Euro and more. For example, in November in Sofia were purchased mainly apartments with an area of over 100 sq.m. at prices between 100,000 and 250,000 Euro, at an average price of 1,100 Euro/sq.m. This trend is quite the opposite compared to October when small apartments were purchased in Sofia, at prices between 55,000 and 65,000 Euro or an average of 800 Euro/sq.m. This trend is also true for Varna but the deals there in November were in the low price segment - between 20,000 and 30,000 Euro. The trend for the conclusion of deals in the lowest and highest price segments applies for the whole country in 2009. The properties in the mid price segment continue to be rare.

The third important trend on the property market in November is that for the first time in 2009 the number of concluded deals is higher compared to the same month in 2008. In November 2009 BULGARIAN PROPERTIES realized almost 38% more deals compared to November 2008. On the one hand, this is understandable as in November 2008 the crisis was already a fact and the market had entered a period of continuous decrease. On the other hand, we can say that there are some stabilization indicators on the property market as the number of realized deals in the second half of 2009 remains relatively stable on a monthly basis.

What is important to be noted is that November also surprised us with a more dynamic seaside holiday property market which has not been typical for the winter season in the last few years. There are deals both on the northern and southern seaside, with properties both in the low and high price segment.

The second most active group of buyers after the Bulgarians continues to be the British, followed by Russians and Russian-speaking clients. Apart from them deals are also concluded with buyers from various nationalities  Greeks, Slovaks, Czechs, Germans, Cypriots, Italians, even Australians, Americans and South Africans.

2. The most important events on the market in 2009  a year after the beginning of the crisis, are as follows:

In the last year due to the deepening of the economic crisis and the shock which people suffered as a result of the insecurity of their income many of the property deals did not take place. A large part of potential property buyers put off their plans of buying a real estate. If the good news about the coming out of the crisis continues and people start feeling more secure, a large part of the postponed purchases will start to be realized in 2010.

The property market follows directly the development of the countrys economy so when the economy starts coming out of the crisis the real estate market will start recovering as well. As most of the deals are concluded with funding from foreign sources  foreign buyers, Bulgarians working abroad, etc, it is possible the recovery of the property market to forestall the actual economic recovery of the country by a few months.

According to the forecast of the Bulgarian Finance Minister the economy will start recovering in May 2010 which means at least another 6 months of falling prices and fewer deals. The process of correction of offer prices will continue until they reach the level of the prices of the actual concluded deals as this is the markets self-regulating mechanism. The faster the property prices get to the actual market levels the sooner the number of realized deals will start increasing. The first signs of the markets recovery will be the increased number of deals mainly with quality properties in Sofia and Varna and only after that will the prices start increasing. We cannot talk of price increase in the next year or so but when this happens the prices will increase gradually, proportionally to the increase of the countrys GDP.

To put it in a nutshell, in 2010 the market will have to finish the process of self-regulation after which around mid 2010 we should witness a gradual increase in the number of property deals.

It is important to be stressed that people shouldnt see the property market as something in ruins, as something in total collapse. On the contrary, there will always be a property market, but we would not be able to survive a sudden price soar similar to that from the property price boom period. The market is calm and there are good property offers due to the more sensible prices and the bigger supply of quality real estate.


Share
Borovets Gardens 2 - the second phase of the popular complex
Feel at home in Borovets! Buy your own vacation apartment in one of the best rated complexes in this top mountain resort. Progressing construction with planned completion in December 2020 for the new winter season. A wide range of available apartments at attractive prices, suitable for rental income.
See More
Vitosha View - an exclusive residential development in Sofia
Vitosha View is a gated complex at the foothills of Vitosha Mountain. It offers urban environment combined with the home atmosphere and the greenery of a beautiful garden. Vitosha View enjoys an attractive location and is perfect for investment in the Bulgarian capital.
See More
Follow us