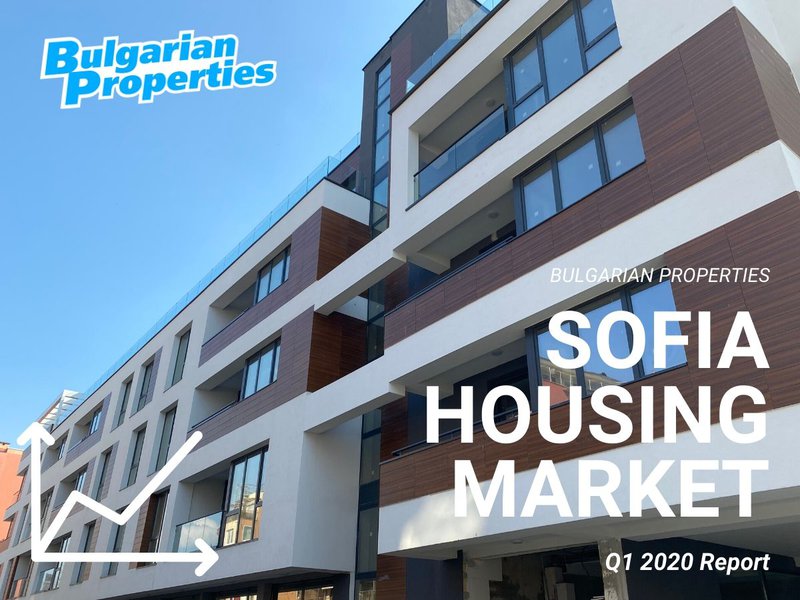 High activity during the first 3 months of the year and acceleration of the price growth to about 4% on an annual basis.

This is how the real estate market in Sofia developed until mid-March, when the state of emergency was introduced. This was followed by a withdrawal of the market participants, a drop in inquiries and property viewings, leading to a temporary pause in purchase intentions until the epidemic is over.

Let's see what else we can see from the data for Q1 2020, which in no way suggested such a turnaround, but on the contrary - was one of the strongest quarters for the real estate market in Sofia over recent years. 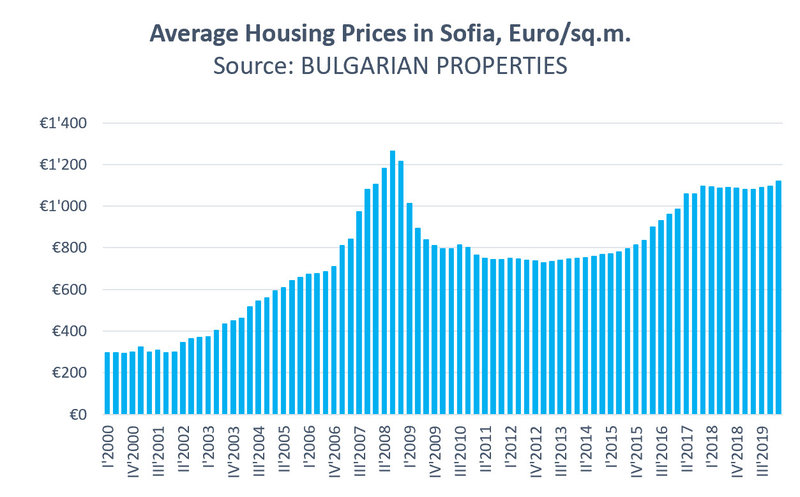 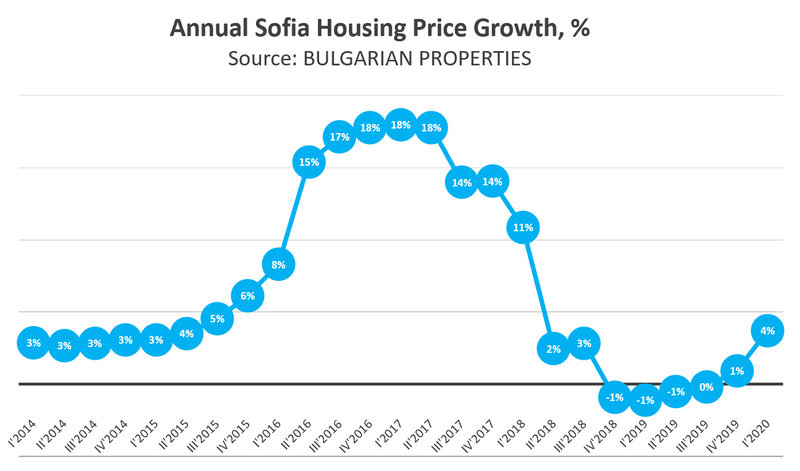 According to the data of the Registry Agency, in the first quarter of 2020 5,285 property sales were registered in Sofia, compared to 5,641 for the same period in 2019, which is a decrease of about 6.3% on an annual basis. These are data for notarized sales, and not for transactions concluded during the period. This decline has objective reasons and is due to the state of emergency and the special mode of operation of notaries, the inability to travel for notarization and postponement of completions, as well as the still large share of new construction sales in Sofia - deals that will be recorded upon transfer of ownership.

On the basis of these data, it can be concluded that they do not yet reflect the current state of the market. We will see the real situation in the data for the second quarter of the year.

BULGARIAN PROPERTIES report the greatest activity in the traditionally preferred neighborhoods such as Vitosha, Manastirski Livadi, Krastova Vada, Dianabad, the central parts of Sofia, including Zone B-5, B-18, Banishora.

We add to these the large residential areas Mladost, Lyulin and Nadejda, to which there is always a serious interest.

After the introduction of the state of emergency, interest in housing in the peripheral areas of the capital and in the villages around it increased, with the possibility of isolation but also easy access to the city. People are starting to adjust to a longer-term need for their own outdoor space.

Average prices in the most popular neighborhoods in Q1 2020 are:

Parameters of the Purchased Homes

In the first quarter of 2020, the share of purchased two-bedroom homes increased and equaled that of one-bedroom apartments - about 47% of all purchased homes. Only 5% of the dwellings were studios or large apartments.

The average area of ​​the purchased homes is 90 sq.m. - an increases from 81 sq.m. at the end of 2019 due to the increase in the volume of the two-bedroom apartments.

While most frequently bought are the apartments on the 4th floor, we see a rising interest in apartments on the higher floors in the new developments. This is due to nice views, more space and light, less noise from the surrounding streets and boulevards.

Market Trends at the Start of May

It is still very difficult to make predictions due to the lack of clarity about the time horizons for dealing with the epidemic. However, we are already seeing some early indications of market development and recovery.

There has been a recovery since mid-April as people re-adjusted to the new reality and began to resume actions to fulfill their plans and business tasks.

 Market activity is recovering - this is evidenced by the growing number of inquiries which have almost returned to pre-crisis levels. Along with the virtual tours, more and more physical inspections of properties are beginning to take place, without which it would be difficult to conclude deals.

 Property prices currently remain unchanged. Sellers are in a waiting position until there is more clarity about what lies ahead. Buyers are also waiting - lower prices or to see if they will stay at work and under what conditions they can be financed by banks. The parties are open to dialogue and negotiations.

 The interest is focused mainly on homes in an advanced stage of construction or completed with Act 16. Also, of particular interest are quality and high-value properties, as well as properties with unique characteristics and location.

 The work on the construction sites hasn't stopped. Most of them assured that they had the necessary materials, funding and precaution measures to continue working. This has become apparent in the past almost two months - many of the sites are making significant progress and some are even being completed.

See our top offers in Sofia