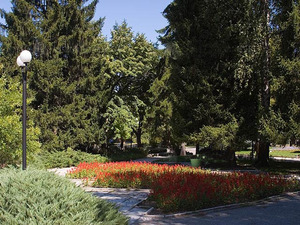 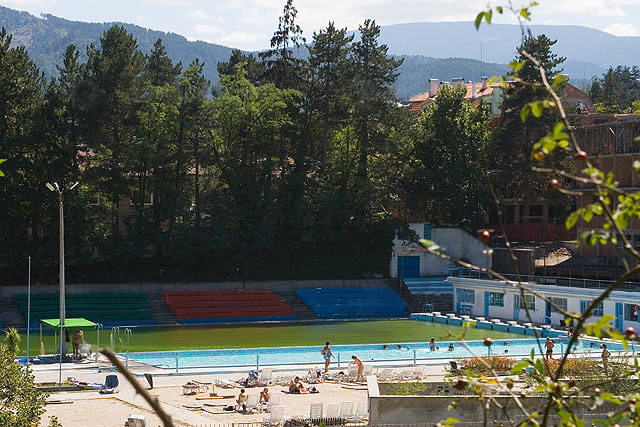 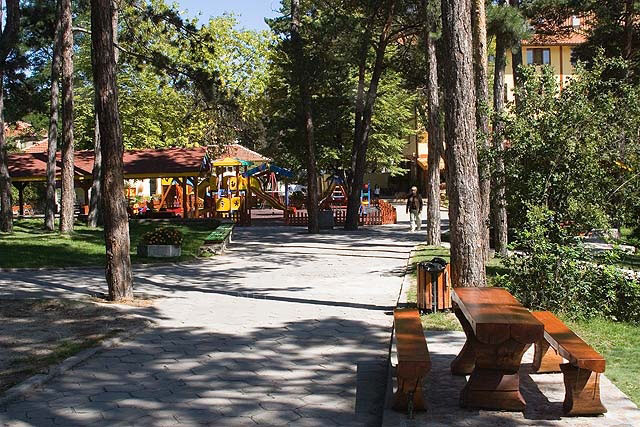 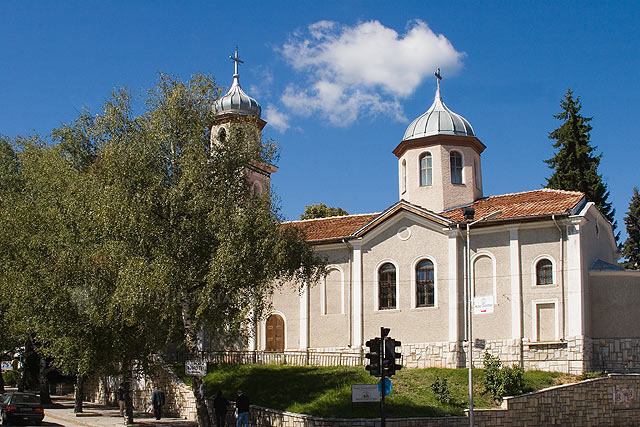 The town of Velingrad (25 509 inhabitants, about 750 metres above sea level) is Bulgaria`s largest spa resort. It is situated amidst the wonderful natural surrounding of the Western Rhodopi, in the western part of the Chepino Valley. It was formed in 1948 by 3 villages: Kamenitsa, Ludzhene and Chepino. The town of Velingrad is located 120 km south-east of Sofia, 86 km south-west of Plovdiv, 48 km south-west of Pazardjik, 69 km north-east of Razlog, 31 km south of Septemvri and 26 km north-west of Batak. History. The numerous archaeological findings, such as stone and bone tools, bronze articles and others imply existence of life since ancient times in these places. Long lasting traces have left Thracians, Slavs, Byzantines, and Romans.

The traces, however, left by the Ottomans are bloody and morbid, related with forced conversion to Islam of the local Christian population. A moving account about that time has left priest M. Draginov. The national poet Ivan Vazov wrote at length about it in his travel notes from the Rhodopes. Later, when the spark of the Revival was kindled, the local population also made its contribution to the patriotic acts. The St. Trinity Church was built in Kamenitsa in 1816, which by that time was just a small underground monastery, and in 1846 the first school was opened with Iliya Zhdrakov as teacher. At the liberation time the settlements, forming the modern town Velingrad were in a sorry plight.

Gradually the local population become conscious of the environment granted by nature, so that the town developed into a modern resort of national and international significance. There is a Town Museum of History (tel.: 0359 22591).

The abundance of mineral waters, the modern spa, resort facilities, mild climate and wonderful natural conditions, offer recreation to over 200 000 people here every year. The valley of Chepino is famous as the sunniest part of the Rhodopes. The sunny days come up to 74% annually. Fogs are a rare phenomenon, the average January temperature is 1.8°C and in July it does not rise above 18.7°C. Summer is cool, winter is mild and autumn is warm and pleasant.

In winter, there are wonderful conditions for skiing. Snow does not melt for a month and a half, The greatest treasure of Velingrad are the mineral water springs (approximately 80 in number) with a temperature from 22° to 90°C and an output capacity of 130-140 L/sec. The catchment area is about 800 km2. It is formed in 3 thermal zones: Chepino, Ludzhene and Kamenitsa, whereas half of the water resources come from the Chepino basin. The mineral water of Velingrad in quality and composition combine the curative qualities of the water in Hissar, Banya (Karlovo region) and of those of Narechenski Bani. They are used for treatment of the joint and bone locomotive system, the stomach and intestinal tract, the liver, skin diseases, urological diseases and others.

Tens of spas, treatment centres, recreation centres, private villas and other infrastructure are built. The karst spring of Kleptouza in Chepino is a natural landmark of interest (the biggest karst spring in Bulgaria, output 570 I/sec). Near it, there is a beautiful lake and good tourist infrastructure - favourite place for rest and recreation of the local citizens and the guests of the resort as well.

At a distance of 16 km from Velingrad is situated Yundola Recreation Campus, spread in the saddle of the same name, dividing the Rhodopes from Rila Mountain (refer to Rhodopes related chapter herein). To the west of the town, at the narrow-gauge railway line to Dobrinishte is located the highest above sea level railway station on the Balkan Peninsula - Avramovi Kolibi (1455 m above sea level), also in the dividing saddle between Rila and the Rhodopes, called Avramova Saddle.

The village of Dorkovo is 14 km north-east of the town. In its very end in 1985, the largest paleontological finding of mastodons (from 5-6 million years ago) was discovered. The village has a regular bus connection with Velingrad. Tsepina - Medieval Bulgarian fortress is located 6 km (along an asphalt road) to the north-west of Dorkovo village.One can walk starting from Tsepina railway station on the narrow-gauge railway line Septemvri-Dobrinishte along a marked trail for about 2.30 hours. The fortress was erected between 11th and 13th century on the place of an old Thracian settlement. In the beginning of the 13th century it had been the stronghold of the Bulgarian boyar Aleksii Slav.

The Ottoman invaders destroyed it. Remains of the fortress wall, water reservoirs, churches and other buildings are now preserved. The Chepino River Bed - the valley of River Chepinska between the Rhodope subparts Alabak (to the west) and Karkaria (to the east) is about 30 km long. It is a picturesque gorge, through which pass the motorway and the narrow-gauge railway line from Septemmvri to Dobrinishte. Being carried by the low speed romantic train, one can admire the picturesque beauties of the surroundings. Velingrad is a point of departure for many tourist routes, mostly in the Rhodopes' elevation Alabak (refer to the Rodopes related chapter herein).

View Properties for Sale in and around Velingrad.

Share
Beach Villas on the Bulgarian Black Sea Coast
Searching for your own place in the sun?
Explore our selection of lovely houses and villas situated in the beach resorts and in the villages nearby! Prices with no competition in Europe!
See More
Beach residence with a pool and panoramic sea views in Sveti Vlas
Enjoy life in your sea residence! Buy this 4-bed holiday home with a private pool and breathtaking panoramic views of the entire bay of Nessebar! Enjoy breathtaking sunrises and romantic sunsets in your own sea house and let your dreams come true.
See More
Central Park - your New York in Sofia!
Homes for sale in one of the largest new construction developments in Sofia!