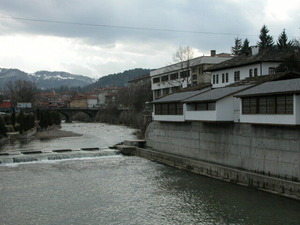 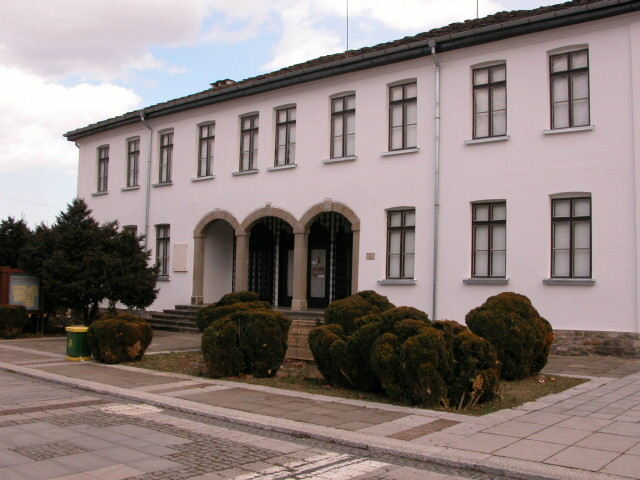 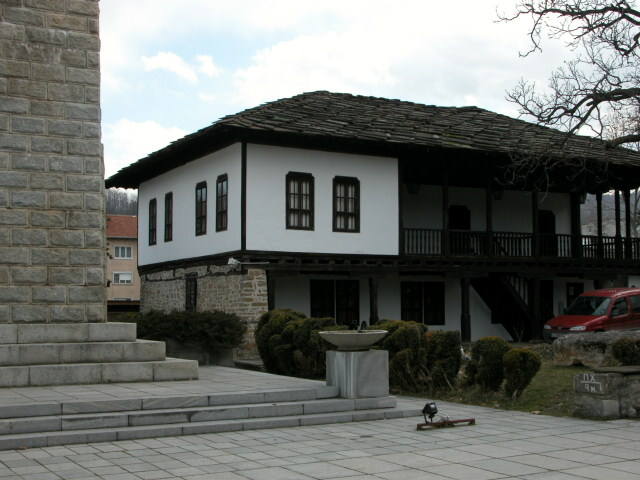 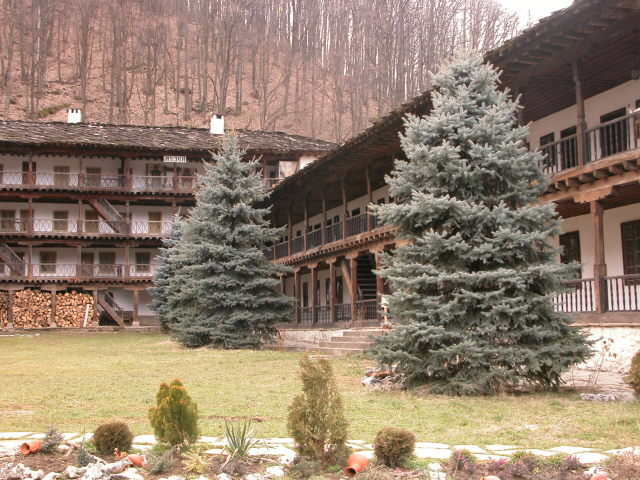 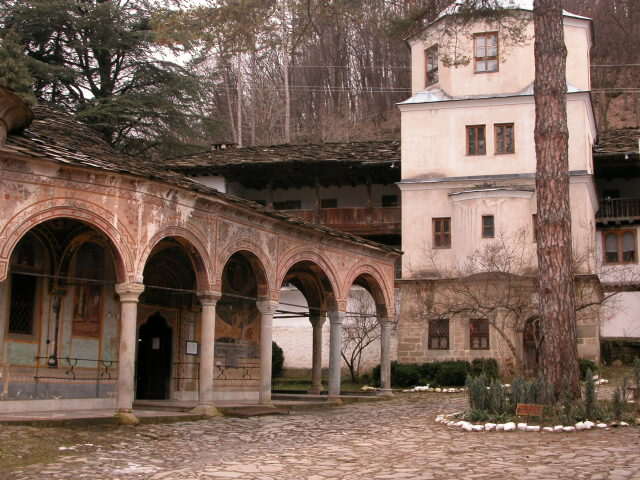 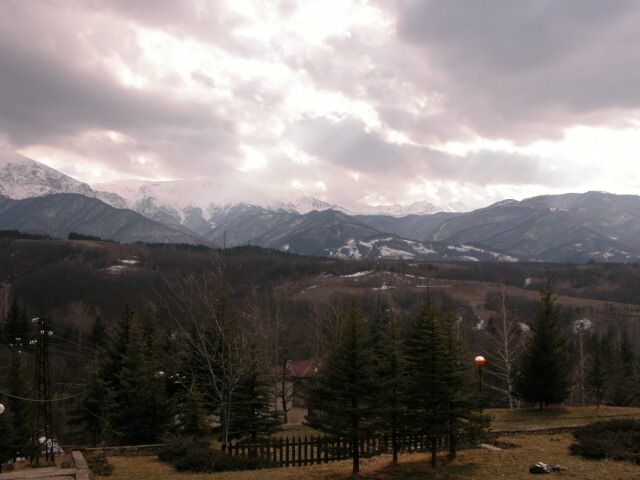 Troyan Municipality is located at the foot of Stara Planina mountain. It consists of 38 residential places with a territory of 888 850 square meters.The town of Troyan lies on the terraced banks of Beli Osam river, at an altitude of 450 meters and it has 25 000 inhabitants. That geographical location provides favourable conditions for good transport connections. You can reach South Bulgaria through Troyan Pass. The distance to Sofia is 160 km and to Varna - 300 km.

Troyan is named after the ancient Roman road Via Trayana crossing the Balkan Mountain through todays Troyan Pass. During the Russian-Turkish War of Liberation in 1877 Troyan was devastated by the Turkish army and then rebuilt out of the ashes.

Troyan is famous for its traditions in carpentry, wood-carving, pottery-making and woolen textile which are still leading and vital together with fruit-growing, especially of plums. Nowadays it is known as the town of plums and the famous plum brandy. In autumn there is a celebration of plums and plum brandy.

Due to the favourable climate Troyan Municipality is attractive during all seasons of the year and it directs its efforts towards tourism development and its turning into a priority for the region. Its natural gifts are used for the development of balneology (favourable climate for healing pulmonary deseases - Shipkovo and Chiflik), hunting, mountain and eco-tourism, ski-sports (Beklemeto), as well as for trips to the 15th century Troyan monastery and Oreshaka. The National exhibition of crafts and applied arts is traditional for Oreshaka. Many craftsmen - both local and from all over the country participate in the exhibition and show the achievements of their crafts.

Beklemeto: (1360 m above sea level) is 20 km away from the town. There are several hotels, restaurants, ski-tracks, ski tow-lifts and a private ski-school during the winter. The location is suitable for summer and winter rest and sports.

There are several mountain chalets near the town and to the west is Kozya stena - a place famous for its edelweisses.

During the period of the Revival XVII - XIX century talented master builders created magnificent patterns of church architecture in the town and within the region - Saint Paraskeva Church in Troyan and The Assumption Church in the Troyan Monastery.

Troyan Monastery must have been in existence long before the l5th century, as legends suggest. It flourished again about the year 1600. From the oldest church it is only the throne stone that has been preserved. Towards the beginning of the l9th century the monastery was restored. A wonderful main church was built and then painted by Zahari Zograph in 1847-1849. Spacious residential wings with wide verandas were built and a tower was raised in the monastery courtyard with a winter church and a belfry on the last floor.

St. Paraskeva Church in the town of Troyan was built in 1835. It is a still functioning church and a monument of architecture and culture towering above the town center. October 14th, the day of St. Paraskeva  the patron saint of Troyan is a public holiday in Troyan

Museum of Traditional crafts and Applied Arts is situated in the town of Troyan and shows best models of crafts and arts, such as fabrics, woodwork, pottery and metalwork crafts.

The exibited fabrics were designed for the everyday life and for house decoration. The rugs and carpets are all in natural and traditional colours and represent mainly flowers and vine leaves which make them unique. The technique of knot weaving is also characterisitic for the region. The pillow-cases, the colorful napkins and the table-cloths are priceless treasure.

The Troyan masters are especially proud of the woodwork crafts. The exquisite masterpieces belonged to the everyday life of rural people - barns, carts, bridal chests, plank-beds and iconostasis are all made by the skillful hands of the Troyan masters.

During the Revival period skillful wood cutters from town of Apriltsi made the iconostasis, wooden gates and the bishops throne of most of the churches and monasteries in the region.

The popularity of Troyan's pottery is due to the practical, useful and beautiful vessels created by talented masters. The delicate earth tones  yellow, brown and green prevailed but in the following years the competition in that field led to changes in the traditional Troyan pottery pattern. The variety of colors increased, the different types of Troyan patterns were further developed and refined. This process in general continues even today.

Apriltsi is a small town, settled at the foot of the Middle Stara Planina mountain. Its population is about 5 000 inhabitants. It is located at the distance of 57 km. from Gabrovo and 25 km. from Troyan. Although not an old town, it has rich history and incredible nature. The combination of the hospitality of the local people, of the coziness of the hotels and the rest-houses, and of the beauty of the mountain nature leave all the visitors deeply charmed. Apriltsi is the kingdom of inaccessible and steep rocks (Botev, Maragidik and Triglav peaks) and beautiful green meadows.The highest waterfall in Bulgaria Raisko Pruskalo is near the town.

Batoshevo monastery "The Assumption" is at about 20 km. from Apriltsi. The Monastery was founded in the 13th century and during the Ottoman yoke it was burned to ashes. It has interesting narthex and original picturesque murals. Very valuable is the big wood carved iconostasis and the preserved icons of the Tryavna art school. It is not an accident that in the period of the Nation Revival a high school was opened here

View Properties for Sale in the Area

Join us on a journey back to nature!
See More
Unique residence in Old Town Nessebar
A property you can't find anywhere else in the world! OLD NESSEBAR only exists in Bulgaria and we have a unique residence for sale in this ancient city which is part of UNESCO's list of World Heritage Sites. Find your home in a place of timeless beauty which has survived through centuries and has preserved the wisdom of many cultures and civilizations. Visit this traditional-style new build residence now with a 360-degree virtual tour.
See More
Follow us