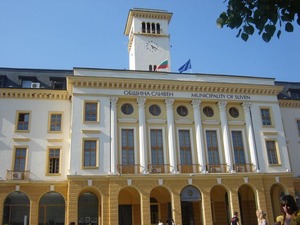 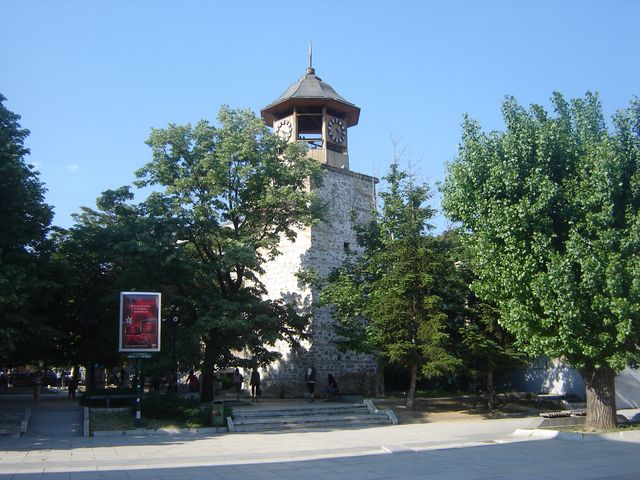 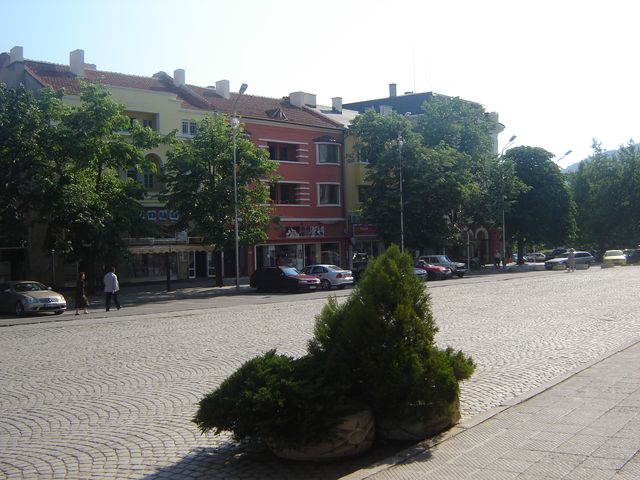 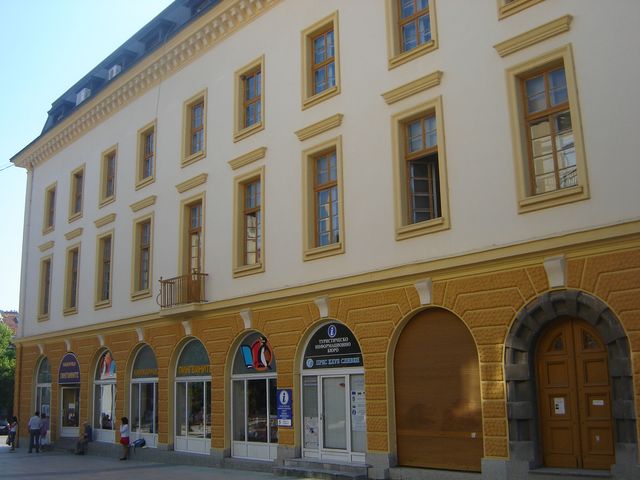 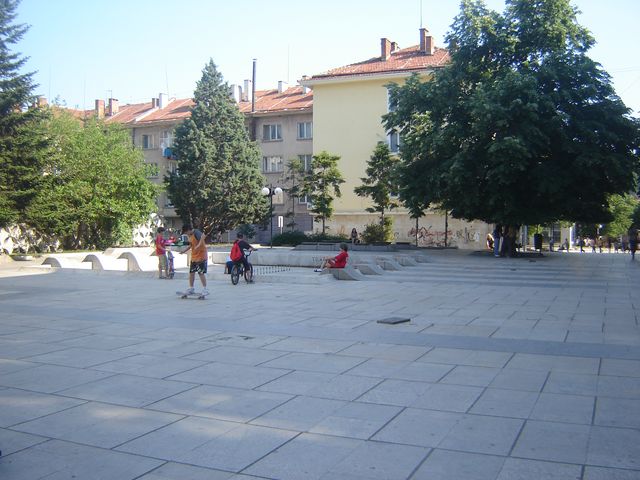 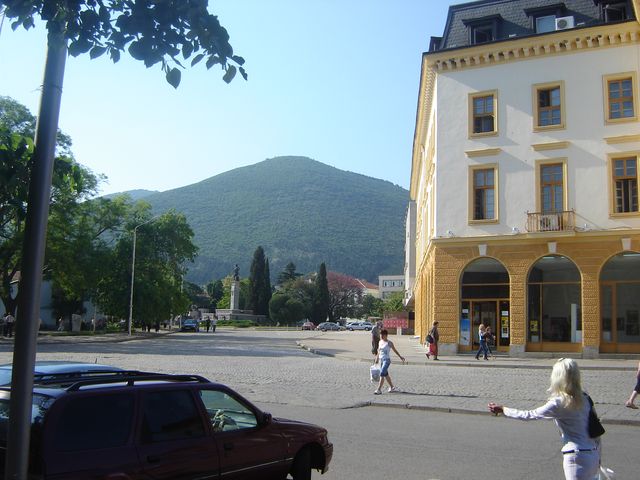 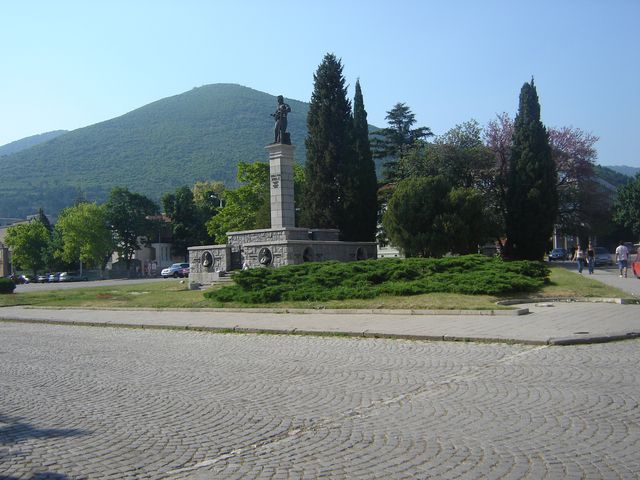 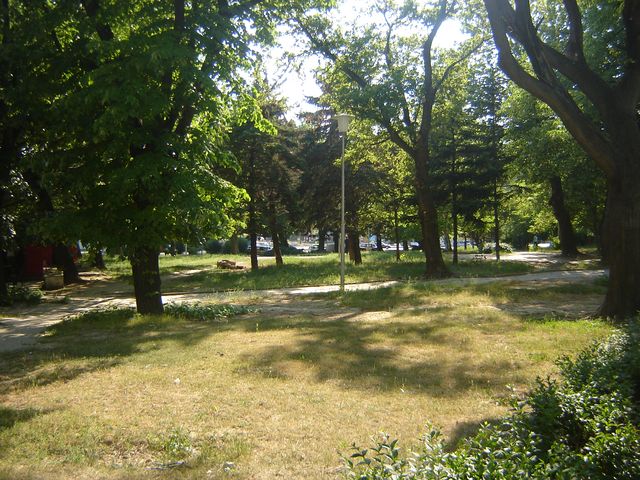 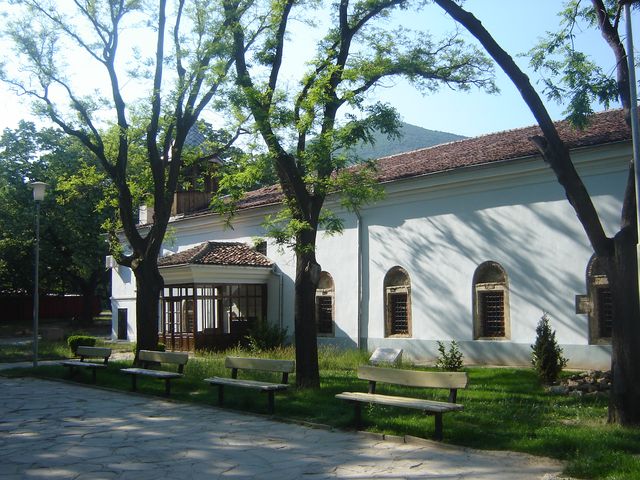 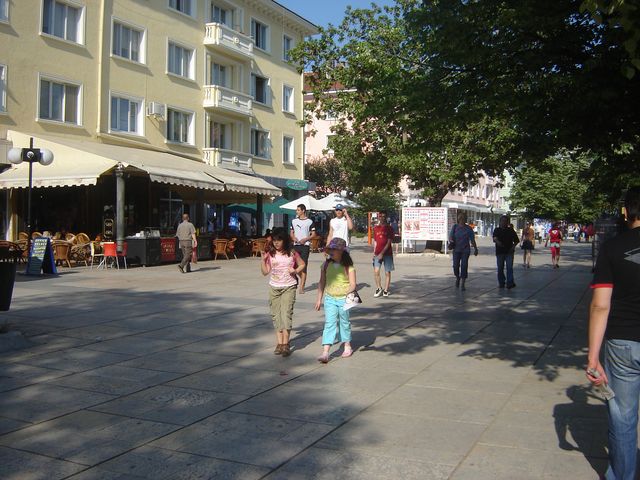 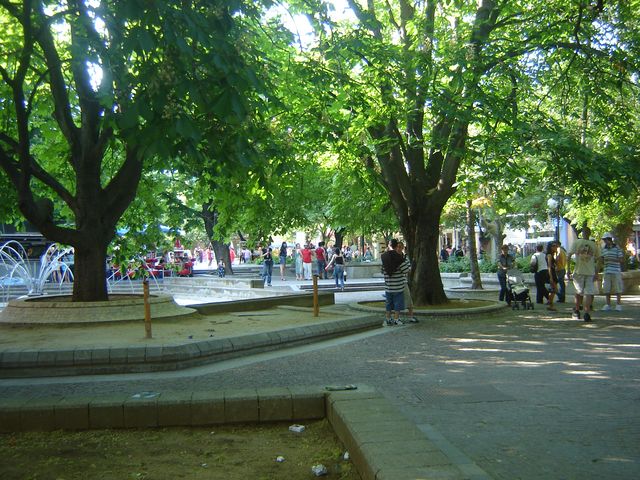 Sliven municipality is situated in the south-eastern region of Bulgaria and covers 1367 sq.km. The town of Sliven is situated at the foot of the unique rock massif "Sinite Kamani" (The Blue Stones), very close to mineral springs. Sliven is famous for its clean fresh air, mineral water sources, meek winter and cool summer.

The town is situated on the international highway A-773 which connects Sofia with Bourgas. Sliven is only 110 km away from the biggest commercial port of Bulgaria  Bourgas (at the Black Sea coast). Alongside with this road route, there is a railroad. South and southeast it is opened to the Sliven field. North of Sliven and close to the living quarters of the town the light imparts a bluish tinge to the porphyry massif known as the Sinite Kamani or Blue Rocks. The park of the same name includes 6684.3 ha of the Balkan (Old Mountain).

The beautiful nature, mineral water springs and the numerous cultural and historical monuments are an important part of the biggest potential opportunities of Sliven in the sphere of international tourism. The park "Sinite Kamani"("The Blue Stones") comprises of about 7 thousand hectares and it is the third biggest after Pirin and Vitosha.

Except from the fact that it is extremely picturesque, the region is remarkable with the rare vegetative and animal species preserved in its boundaries, some of which are under the protection of the country and Europe. The nearest and the most frequently visited part - Karandila - can be reached by a rope lift line.

The information sources about the existing of town are comparatively rich. Sliven is one of the oldest settlements in Europe. Here lived Thracians, Romans, Slavs, and Ancient Greeks. The imagination provoking remnants of the Touida fortress in Hisarlaka site testify to the fact that this area has been inhabited since the Thracian times (3rd - 2nd millennia BC). The name of the fortress was deciphered from a stone.

There are mineral springs in the region of Sliven municipality. There are good facilities at Slivenski Mineralni Bani - thermal baths, rest houses and hotels, hydrotherapy establishment and swimming pool.

Koutelka nature preserve covers an area of 708.9 ha in Sini Kamani national park and is of international importance for the preservation of several rare species of birds (bearded vulture, Egyptian vulture, falcon, peregrine falcon, etc.) as well as the eco system of the forests typical of the area.

The preservations located in the territory of Sini Kamani national park and in Karandila locality attract many visitors all year round.

Sliven is a town with cultural traditions starting from the epoch of the National Revival, with significant contribution in the cultural treasure of the country. Three state Cultural Institutes work in Sliven - a Drama Theatre, a Puppet Theatre and a National Museum of the textile industry. The Municipal professional cultural institutes are: The Historical Museum, The Art Gallery, Folk Song and Dance Ensemble, The Symphony Orchestra, the Universal scientific library and community centers, some of which have over a 100-years history.

On 24th May 2004 a new golf course was opened near Sliven. It spreads on the territory of 500 000 sq.m. This is the second golf playground oprating in Bulgaria after the one near Ihtiman. It proposes all kinds of modern facilities even for the most capricious clients.

View Property for Sale in the Area

Share
Euphoria Club Hotel & Resort - your paradise in Borovets!
Fully furnished studios, 1- or 2- bedroom apartments in a unique complex in Borovets. All-year-round complex with all needed facilities for your comfortable stay - lobby bar, reception, bar and restaurant, outdoor and indoor pool, SPA center, underground parking and many more. Choose your holiday home here! No buyer's commission! Suitable for rental income.
See More
Properties with video
Only on our website you will find a variety of properties in Bulgaria with videos. Don't waste time, view them online - on your phone, laptop or tablet, at a convenient time and without the need for an inspection trip and personal visit. Welcome for video viewings with BULGARIAN PROPERTIES!
See More
Beach Villas on the Bulgarian Black Sea Coast
Searching for your own place in the sun?
Explore our selection of lovely houses and villas situated in the beach resorts and in the villages nearby! Prices with no competition in Europe!
See More
Follow us