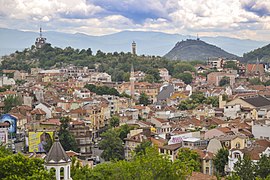 In the recent years Plovdiv has been attracting various foreign investors who launched their production bases in the city economic zone. As a result, unemployment levels in this Bulgarian region fell significantly. In 2019 the city of Plovdiv situated in Central South Bulgaria attracts public attention with another achievement-it is the first Bulgarian city named European Capital of Culture. Some of the events related to Plovdiv-European Capital of Culture 2019 have been already held and others are yet to come in the remaining 9 months of the year.

A special mobile application has been developed to help the citizens and the guests of Bulgarias second-largest city receive information about the multiple cultural events included in the programme of the initiative Plovdiv  European Capital of Culture 2019 and choose the route to these events. The new application was developed by the Bulgarian programmer Luben Branzalov whose idea is to make a map that would also guide people to the landmarks and the cultural events of this Bulgarian city. The application is free of charge and people can use it without having permanent access to Internet. Which are the sites included in this mobile application and how many languages does it support?

The mobile app was named Plovdiv-Together. I came up with the idea about this application when I was a scholarship student at Google, Luben told Radio Bulgaria and added that the last project fulfilled within the frameworks of the grant was related to the creation of an interactive map. Since I was born in Plovdiv and my city was inaugurated European Capital of Culture in 2019 I came up with the idea to create an interactive map that would contain all cultural and historical landmarks, together with most events from the calendar of the European Capital of Culture initiative.

The female coordinator of the volunteers suggested that the new application should be named Together. The number of locations on the map increased significantly and I personally added over 20 sites, including the Hills of Plovdiv, the Small Basilica, the Ancient Theatre of Philippopolis, the Ancient Roman Stadium, the Ancient Roman Forum, etc. There are a total of 42 sites, but for various reasons some of them have not been included in the map yet. Their number will continue to increase, because the programme of the initiative Plovdiv  European Capital of Culture 2019 is very dynamic. Currently, I am working over the language versions of the map. In my view, the application should support Bulgarian, English, German, Spanish and Italian.

The most interesting evidence in the new mobile application is about the popular Hills of Plovdiv. Luben collected information about these tourist sites from different sources, including libraries, special literature and local archives. He learned from these sources the history of the Roman Aqueduct on Nebet Tepe which supplied the ancient city with water for many centuries. The water was taken from two large reservoirs near the city and reached the local population via clay pipes. The ancient people explored the purity and the taste of water from these water reservoirs in advance. During its construction they paid big attention to some important details such the route of the water-conduit and its inclination.

View our property in Plovdiv region for sale and rent

Share
Properties in Bansko
Buy your own property in the top ski resort of Bansko! An all-year-round resort suitable for winter and summer tourism with the best prices in Europe! Prices starting from as low as 10,000 Euros!
See More
Vitosha View - an exclusive residential development in Sofia
Vitosha View is a gated complex at the foothills of Vitosha Mountain. It offers urban environment combined with the home atmosphere and the greenery of a beautiful garden. Vitosha View enjoys an attractive location and is perfect for investment in the Bulgarian capital.
See More
Follow us