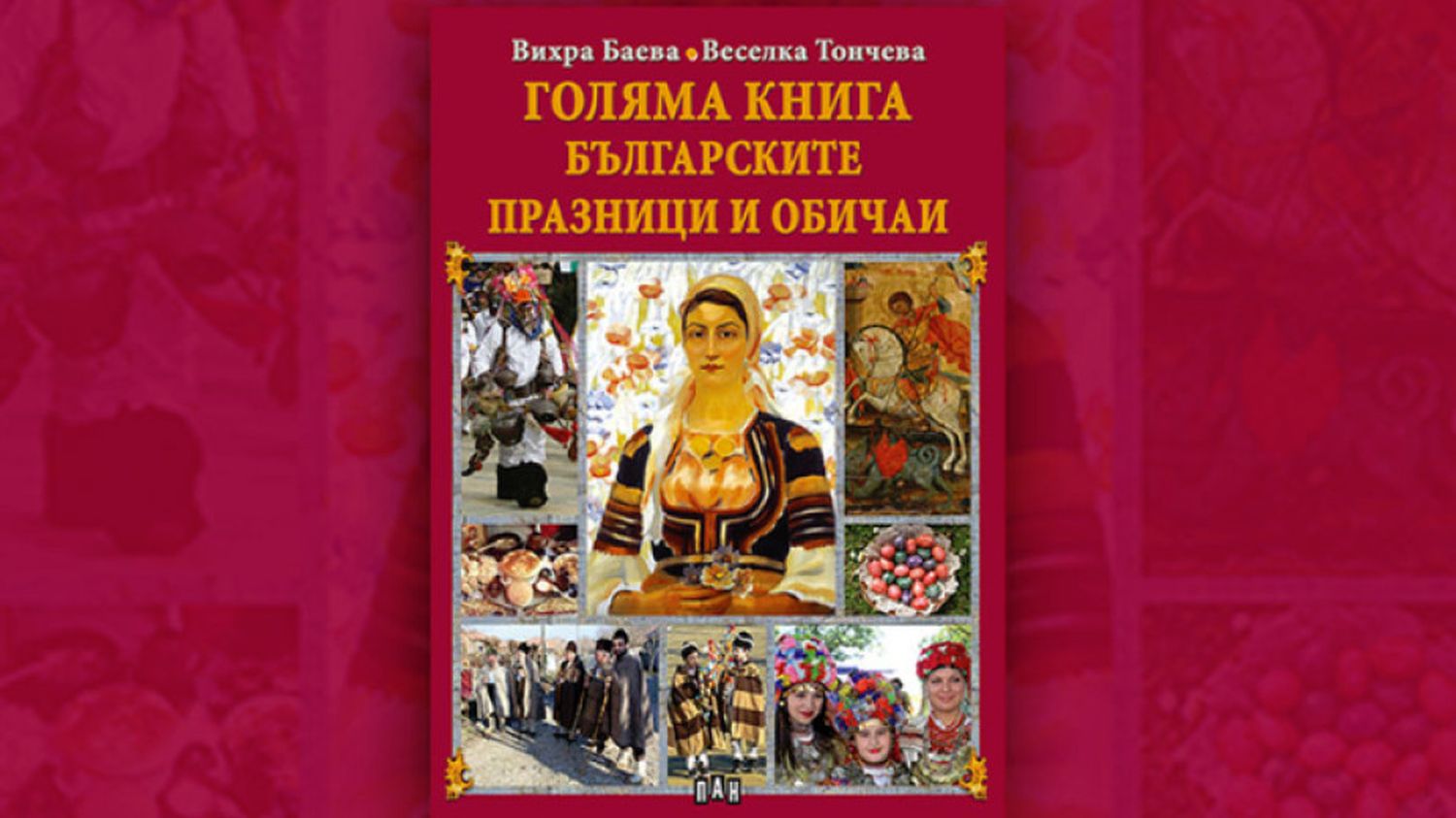 Authors of the long-awaited Grand Book of Bulgarian Holidays and Customs are Assoc. Prof. Dr. Vihra Baeva and Assoc. Prof. Dr. Veselka Toncheva from the Institute of Ethnology and Folklore Studies with Ethnographic Museum at the Bulgarian Academy of Sciences. They are well-known researchers of traditions that are characteristic of the Bulgarian holiday calendar, as well as of various details of Bulgarian ritual folklore symbolism, contemporary aspects of practices, etc. The book is aimed at a wide range of readers who are interested in Bulgarian folklore or want to get to know in depth about the circle of Bulgarian customs and rituals. Assoc. Prof. Veselka Toncheva has told us more about the book:

We have been working using a lot of literature, archives, old books and our rich experience. We have both recorded many customs and rituals and we have searched the depths of Bulgarian traditional culture. The book reads about things that some people are familiar with, but there are also many unknown facts about local traditions. It is dedicated to the Bulgarian ritual calendar, to those holidays that have a fixed place during the year. The language is accessible as the book is aimed at students, but it would be useful to anyone interested in Bulgarian traditions, symbols, mythology. Everything can be found inside. We have included separate short articles on symbols and images, characteristic of a given custom. For example, there are articles about the egg, about plague, and about mythical creatures like samodivi. One can also read about the animals, part of Bulgarian holiday symbolism - the bee, ox, cow, horse, bear, or about the symbols of water, fire, the grandmother, the image of the Virgin Mary in folklore, the symbol of the cross. We have tried to expand the view on rituals and celebrations and link it to modernity. We write about new things that have become part of some holidays recently. In our work, we constantly monitor the development of folklore culture, which is a living organism. Todays way of life affects folklore as we are living in the global world of the Internet. We hope this book would reach more people as it can also be useful in reenactments. In many towns and villages people have been trying to restore their customs. But the elderly people who had lived with this culture and knew all about the traditions are now gone. Traditions are not only about actions, but also about beliefs, ideas, and symbols. When one has knowledge about these things, they become richer and get to know Bulgarian culture and Bulgarian spirit better. We have a wealth that gives us much strength and we must not forget that. We need to know our roots. We have also tried to make the reader acquainted with the fact that our traditional folk culture is a mix between Christianity and folklore, pre-Christian beliefs and practices from ancient and more modern times. We would be glad if each reader turned to their roots and decided to find more information about their hometown or village, their family and origin. We have been experiencing a comeback of traditions, which is reflected in the bi number of folk festivals and fairs organized across the country. People need festivities and holidays. It's a collective experience, bringing positive energy.

The "Grand Book of Bulgarian Holidays and Customs" will be presented in the big hall of the Bulgarian Academy of Sciences downtown Sofia on September 24 at 6pm. The book was released back in July, but the authors decided to present it officially after the start of the new school and academic year in Bulgaria.