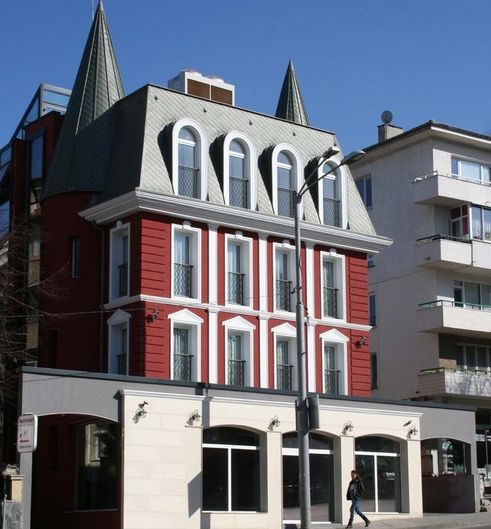 In the centre of Sofia, close to the hotel Hemus there is the first Magic castle  built like the only one Magic castle in the world  Magic Castle Hollywood. The building is expected to be officially opened in May this year.

The building represents a complex which consists of:
- 20 hotel rooms
- Museum-café on the ground floor
- Foyer which is the old living room of the house of Mister Senko (fully restored)
- Houdini Club - a museum with a stage for magical presentations and little theatre.

The constructed hotel is built near the house of Senko (front part, backside part and 3 floors above). So, the living room, two bedrooms and the basement of the house of Senko are fully preserved and integrated into the new building.


The building is constructed with reinforced concrete, bricks, plasterboard walls (interior), insulation 8 cm. The plans for next year include the installation of solar panels - the whole roof is a terrace where these batteries can be installed.

Interior
The interior is classic. The idea of the hotel rooms is to provide all modern facilities for the client, without outweighing the interior. The colour-grade is in soft neutral colours, the furniture is solid, in French style. After opening the rooms will be named after famous magicians and a part of the décor will be in this style, too. The lighting is mostly LED (directed to the walls), and the rest of it - with energy efficient bulbs.

Museum
The building is almost ready, currently some additional finishing works to the club Houdini are carried out, furnishing of the museum, lobby and club. For this part of the building the investment company Red castle received a credit of 300 000 BGN from the Fund for sustainable development of Sofia - JESSICA.

Money will be used to complete the process of building the Magic Castle, with a focus on financing the activities directly related to promoting the development of cultural infrastructure. Future plans: carrying out construction-repairing works on the new developments with included museum part, supply of equipment, purchase of illusionists art exhibits, and providing easy access for the disabled people to the whole complex.

Part of the furniture and equipment for the Museum will be brought from the U.S.A. provided by the company Stage Tops USA (this is the company that makes world-class scenes for rock concerts, movies, TV shows, the Oscars ceremony in California and the Film Festival in Doha, Qatar).

View our properties for sale and rent in Sofia

Join us on a journey back to nature!
See More
Properties with video
Only on our website you will find a variety of properties in Bulgaria with videos. Don't waste time, view them online - on your phone, laptop or tablet, at a convenient time and without the need for an inspection trip and personal visit. Welcome for video viewings with BULGARIAN PROPERTIES!
See More
Follow us 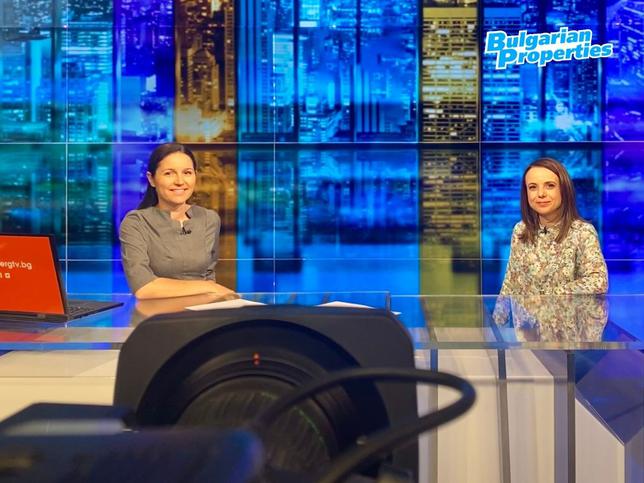 Press & Media
Polina Stoykova in front of Bloomberg TV: We are close to the peak in rural property prices

Polina Stoykova MRICS, Managing director of BULGARIAN PROPERTIES, took part in the programme "In development" hosted by Veronika Denizova on Bloomberg TV Bulgaria with a detailed analysis of rural properties and current trends on the real estate market in Bulgaria in 2022.

After the pandemic, there is great interest in real estate in the villages, mostly by Bulgarian ... 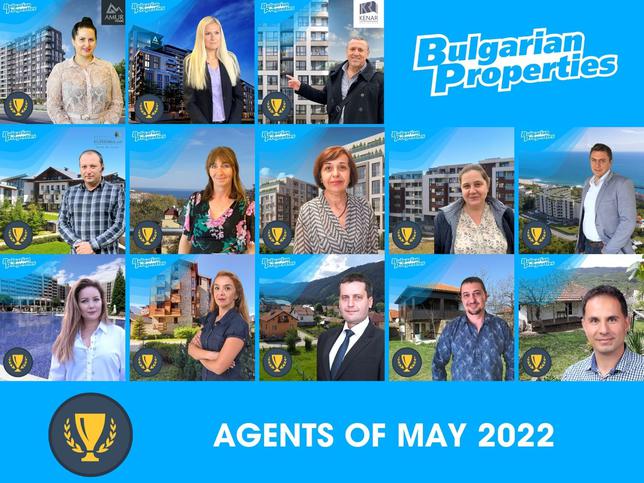 You know that our company tradition is to start every month with our most prominent brokers, who are awarded the title of "Agent of the Month".

They are here to help you with buying, selling, or renting and give you valuable advice and assistance in the whole process of a real estate transaction.

Among the winners this month we once again see agents from our offices a... 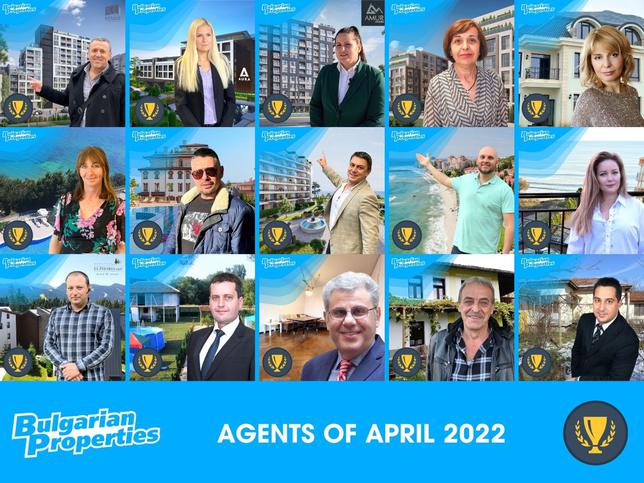 We are happy to end the month of March and welcome April in the hope that it will be calmer, warmer and kinder to all of us! 🌷

The real estate market remains active and resilient to the crises we are going through. Demand remains high and supply is extremely limited.
In such market conditions, it is especially important to have a successful deal with access to quality... 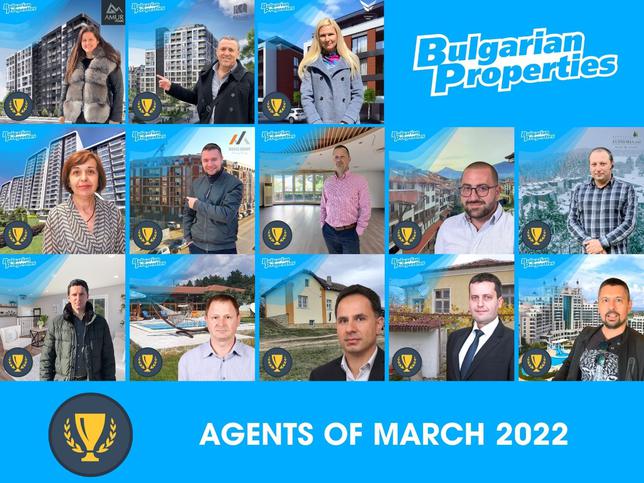 These are our colleagues who achieved the best sales results in the second month of the year and deservedly received the title of "Broker of the Month".

They have the difficult task of harnessing all their knowledge and skills to guide us through these difficult times. Times in which the war makes us insecure and cautious, prices do not stop rising, and at the same time the flow of...