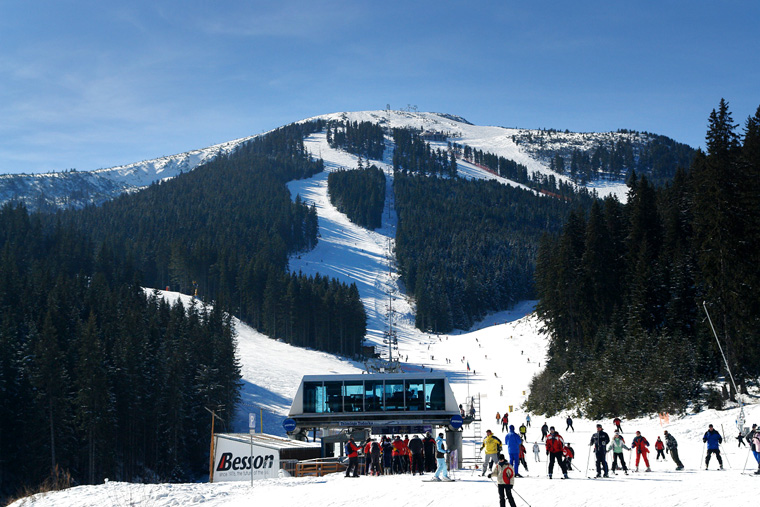 For a week away skiing with the family Bulgaria is where Britons will find the best value while Austria's St Anton will hit the budget hardest.

Bulgaria's Bansko topped a poll of 42 European ski centres that factored in average hotel, ski pass, ski hire, ski lesson, evening meals and drinks for over the course of seven days for a family of four.

In Bansko, southwestern Bulgaria, the whole package costs £1,631 compared while for a similar break in St Anton the cost was more than three times as high at £5,026, according to a new survey by Tripadvisor.

After Bansko, the next best-value spot on average in the period from December 15 to April 15 next year was Spain's Sierra Nevada, where costs totalled £1,930, followed by host of the Winter Olympic Games Sochi in Russia (£2,205),

Andorra comes in as the most affordable country, with four of its destinations in the top 10 for best family.

St Anton's place on the list is decided most significantly by its high price for hotels, St. Anton, Austria has the most expensive average rate for a weeks stay, coming in at £3,424.

TripAdvisor spokesman James Kay said: 'Skiing can be an expensive holiday, especially for a family of four, but our survey shows that by carefully choosing the resort, costs can be dramatically reduced.

'This year, Eastern European destinations and Andorra are where families will find the best value for money.'

St Anton's place on the top of the most expensive list comes almost entirely because of its high hotel prices, with an average stay setting a family back £3,425. For that price a family could enjoy almost five weeks in Sierra Nevada which at £726-a-week is the cheapest accommodation in the best value top 10.

Bansko is also a big winner for beer lovers, with a local beer a day for two adults costing £19 - the next cheapest can be found in Andorras Ordino Arcalis for £22.

The Bulgarian resort also has the cheapest dining (a basic meal a day for the four-member family for the purposes of the survey) with £102 compared to £642 in St Moritz.

View our ski properties in Bansko

Share
Properties in the Bulgarian Beach Resorts!
Check our selection of properties on the Bulgarian Black Sea Coast! Attractive prices starting from just 15,000 Euros for a furnished studio! Regular flights to Burgas and Varna international airports. Perfect for frequent visits, summer holidays and more.
See More
Beach Villas on the Bulgarian Black Sea Coast
Searching for your own place in the sun?
Explore our selection of lovely houses and villas situated in the beach resorts and in the villages nearby! Prices with no competition in Europe!
See More
Follow us