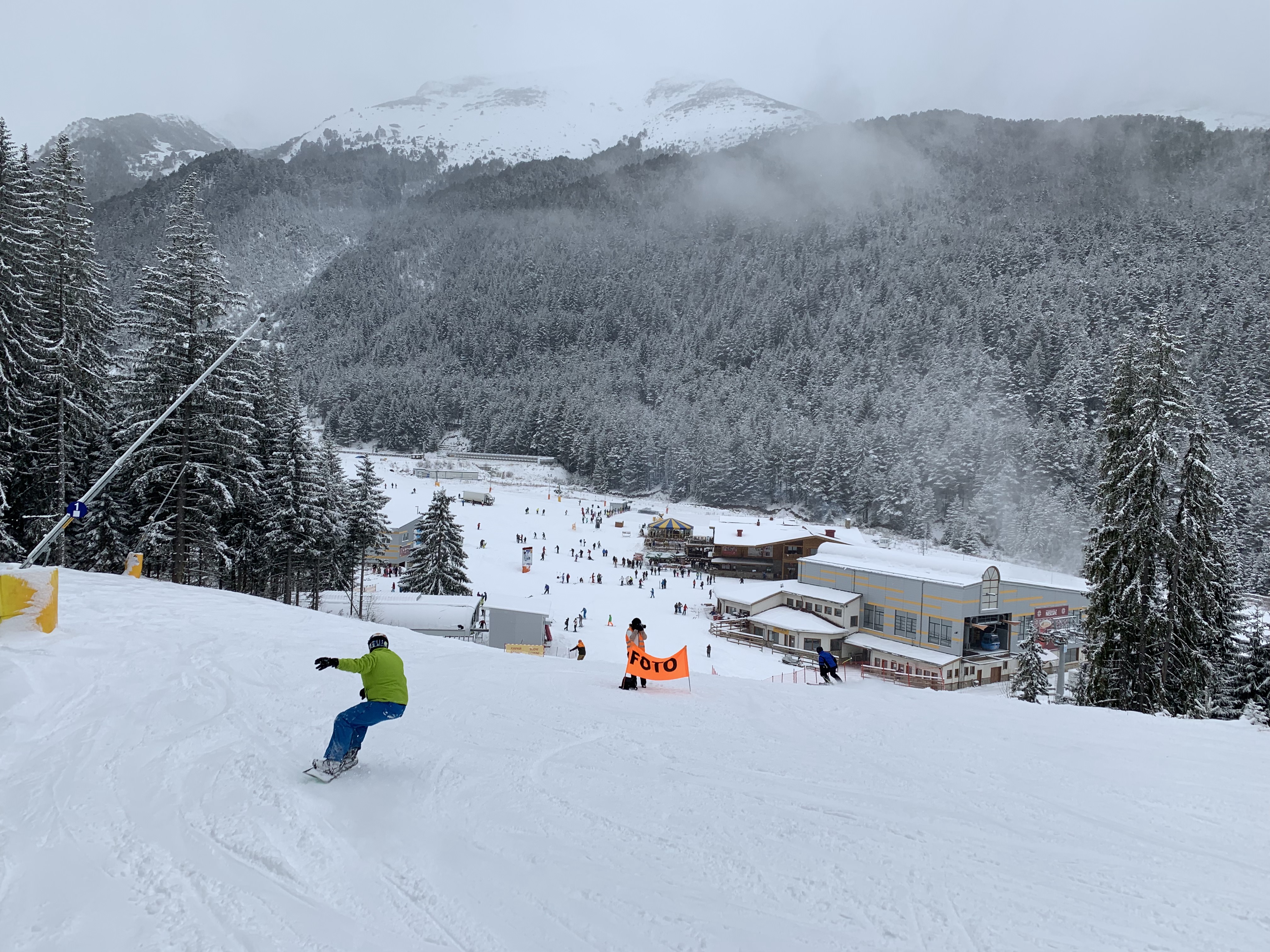 The Bulgarian ski resort Bansko is constantly in the world charts lately.

In November last year, it was named the best budget destination for ski tourism by the British Travel and Financial Services Company, Post Office Travel Money.

In 2017, the British Daily Mirror set the Pirin town seventh in the ranking of the top ten best ski resorts in the world. 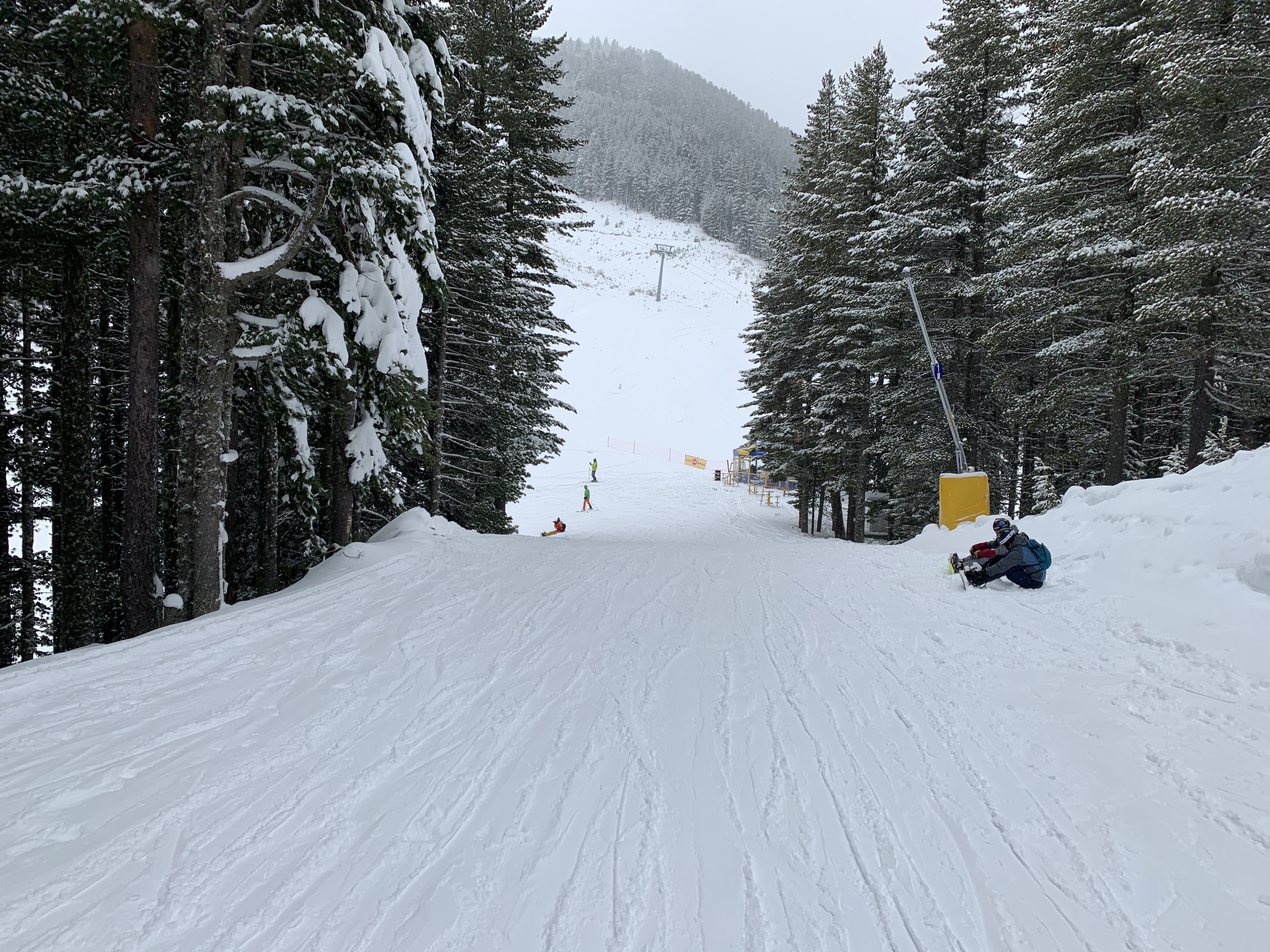 In 2016 Bansko was included into National Geographics list of the top ten destinations in the world for the winter season 2016/2017.

See five interesting facts about the city, nestled in the arms of the North Pirin Mountains:

1. Bansko is situated at 927 meters above sea level. The highest point of the ski center, however, is at 2560 m. It offers 75 km of ski runs for winter lovers. The longest of its 16 runs extends 16 km. Ski trails have different difficulty levels, with two of them marked as black (most difficult).

2. Besides entertainment in the ski center, tourists will discover in Bansko many historical landmarks. The city has over 130 architectural and historical monuments of culture. The most famous of them are the Holy Trinity Church, the Velyan House, the Nikola Vaptsarov House Museum and others. 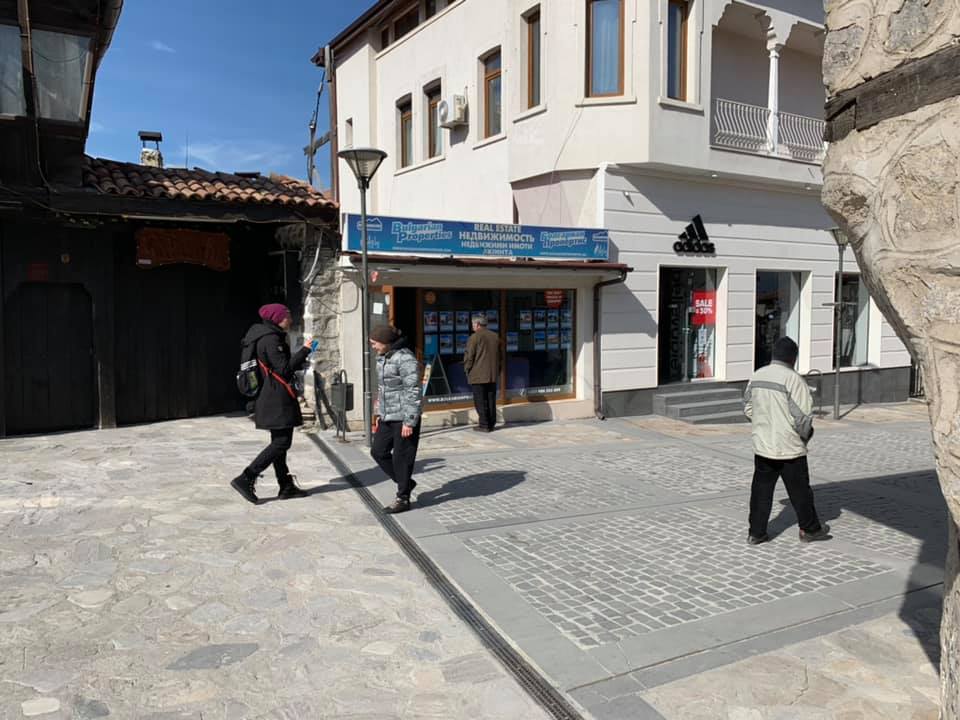 3. Bansko is situated on the territory of Pirin National Park, which offers an incredible nature phenomenon to tourists not only during the winter, but also during the summer. Situated on Banderishka Polyana, the hottest season opens the longest water slide in Europe, stretching over 400 meters.

4. In the region of Bansko there are also mineral springs, which automatically transform the town into a spa destination. Most of the hotels have swimming pools and spa centers, and in combination with one of the most modern golf courses in Bulgaria and the annual jazz festival, as well as the numerous routes for mountain biking, Bansko is an excellent place to relax for different types of tourists.

5. And what you should definitely not overlook is the local cuisine. It is full of delicacies typical for this part of Bulgaria, such as the famous Banski Starec cold cut, Chomlek dish, Skewers Bansko style, Sache, Kapama and others. 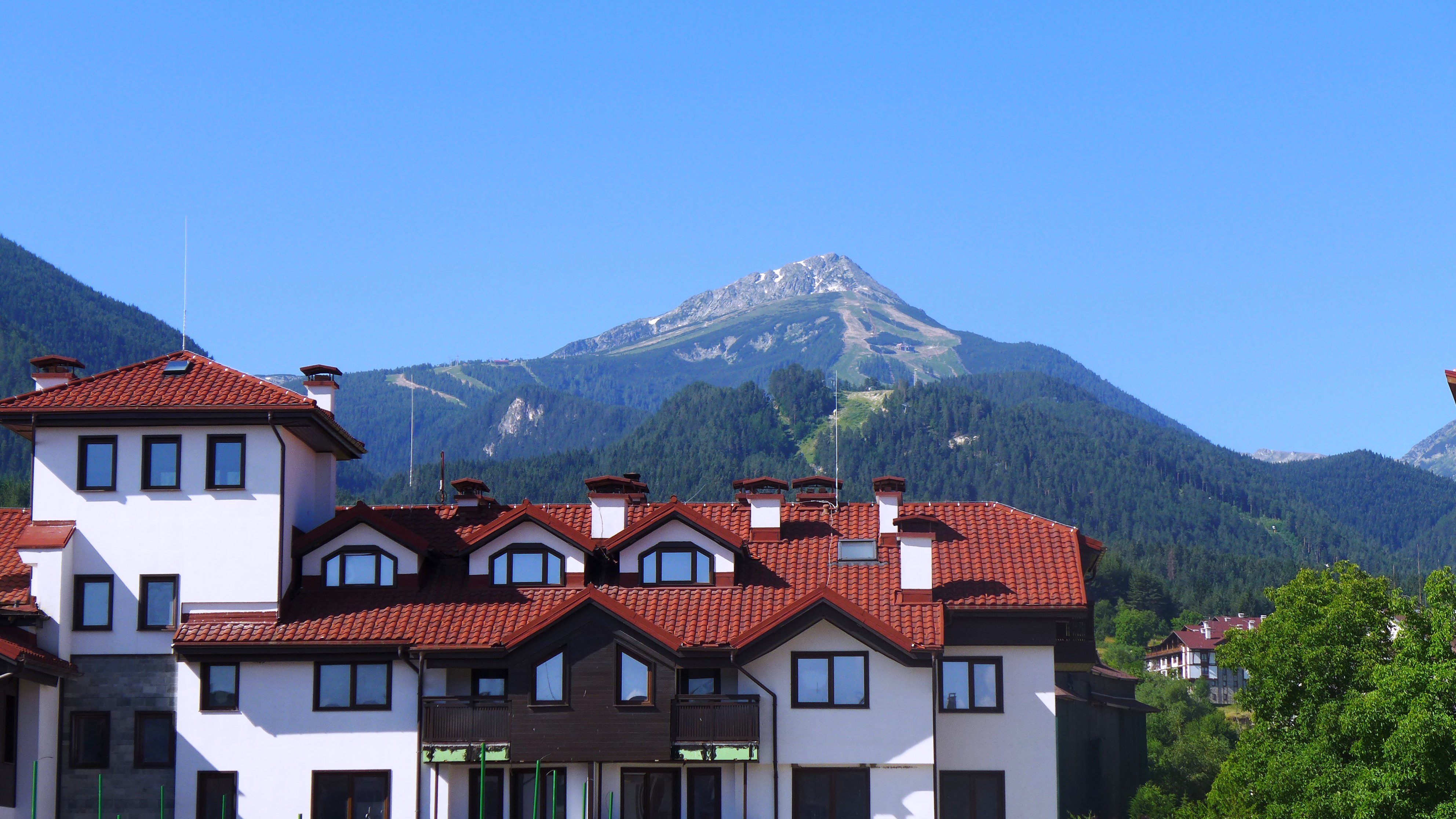 In recent years, Bansko enjoys a great demand, where Bulgarians are the predominant buyers.

Here are also actual offers for properties for sale that would attract the attention of everyone looking for their holiday home:

Share
Properties with video
Only on our website you will find a variety of properties in Bulgaria with videos. Don't waste time, view them online - on your phone, laptop or tablet, at a convenient time and without the need for an inspection trip and personal visit. Welcome for video viewings with BULGARIAN PROPERTIES!
See More
Unique residence in Old Town Nessebar
A property you can't find anywhere else in the world! OLD NESSEBAR only exists in Bulgaria and we have a unique residence for sale in this ancient city which is part of UNESCO's list of World Heritage Sites. Find your home in a place of timeless beauty which has survived through centuries and has preserved the wisdom of many cultures and civilizations. Visit this traditional-style new build residence now with a 360-degree virtual tour.
See More
Follow us 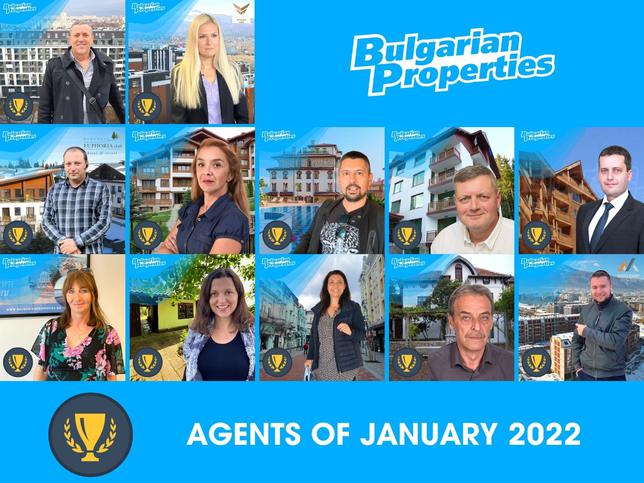 And to give a really high start, let's see who are the agents of the first month of the new year - those of us who made your holidays really happy, and your property plans for 2021 - successfully fulfilled 👇

We wish everyone s... 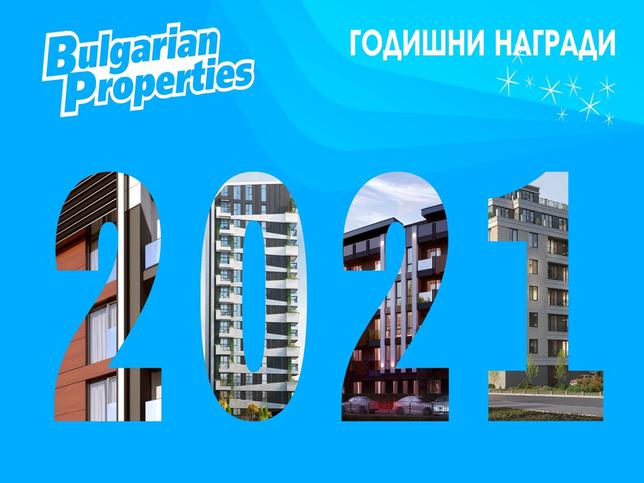 Traditionally, at the end of the year BULGARIAN PROPERTIES presents its awards for best achievements of the year.

This year, it happened on a virtual ceremony attended by the teams from the company's offices around the country.

2021 was something of a repeat of 2020, only with more and quite dynamic processes, and many more unknowns. We worked again in a... 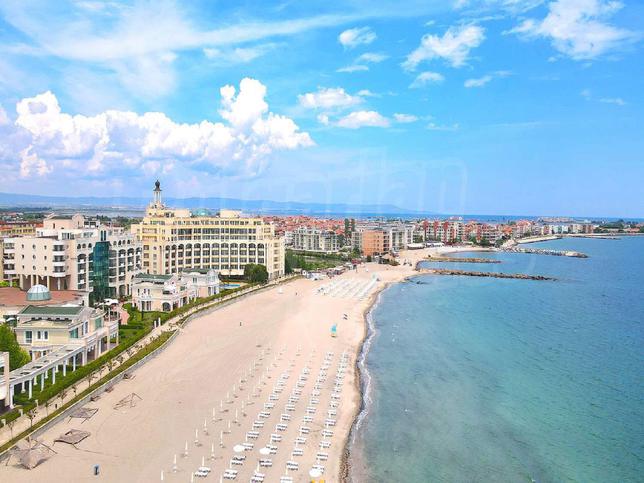 Theres something for everybody in Bulgaria. If youre currently feeling the chill of winter and fantasising about having the perfect summer in 2022, Bulgaria should be at the top of your destination hitlist.

With the Black Coast stretching up the entirety of the countrys 378 km eastern border, there are plentiful options for anyones ideal beach holiday. Weve compil... 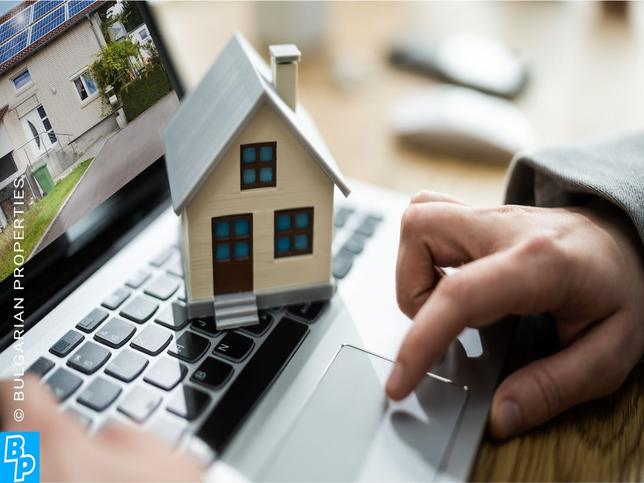 In 2021 a total of 248,621 real estate transactions were concluded in Bulgaria. This is a growth by 30% compared to the same period of 2020, according to the statistics of the Property Register at the Registry Agency.

In the capital of Sofia alone, the number of properties purchased is 30% higher than a year earlier, with 36,881 properties having changed hands.This is ...