Properties and real estate in Nessebar for sale and rent

Nessebar is an ancient town and a major seaside resort on the Black Sea coast of Bulgaria. It is a one of the most prominent tourist destinations and seaports on the Black Sea, in what has become a popular area with several large resorts  the largest, Sunny Beach, is situated immediately to the north of Nesebar.

Nessebar is an exotic holiday destination famous for its pristine sun-kissed beaches along the Black Sea coast. The town has a rich history and is renowned for its cultural and archaeological sites. Nessebar also holds the distinction of being a UNESCO World Heritage site. 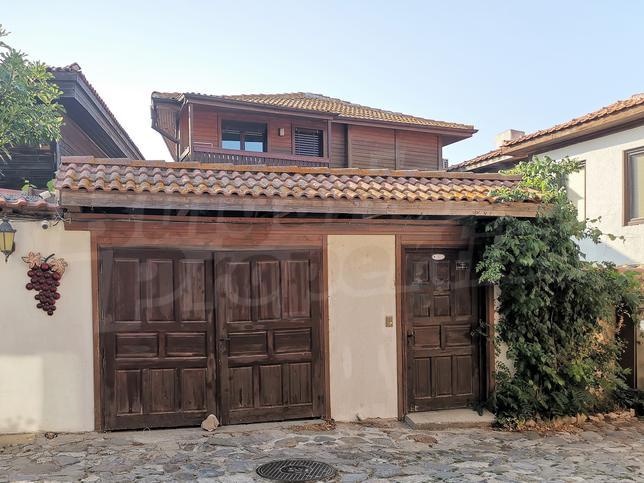 For sale
SOLE AGENT Luxury
Unique residence in the most romantic part of Old Town Nessebar Nessebar , Quarter Old Town Property in an ancient town with over 3 thousand-year history, just meters from the sea Warm southern breeze, views of the medieval Orthodox churches and ancient houses, architecture in authentic style and unparalleled location in the heart of the romantic Old Nessebar - everyone dreams of owning such a property! Timeless luxury, carrying the spirit of the
€ 445 000
228.00 m2 (1951€/m2)
Type of property: House 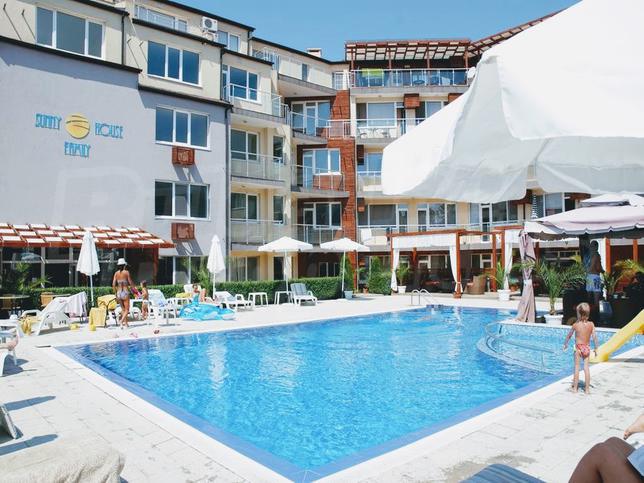 For sale
Nice holiday studio in Sunny House Family Nessebar , Quarter Aureliya Compact studio meters from the beach in Aurelia district of Nessebar Fully furnished and equipped holiday studio 70 meters from the beach in the well-maintained complex Sunny House Family in a quiet and peaceful area with excellent infrastructure and everything you need for complete relaxation. It is located in Nessebar, 2.5 km from the Old Town
€ 24 000
43.08 m2 (557€/m2)
Type of property: Studio 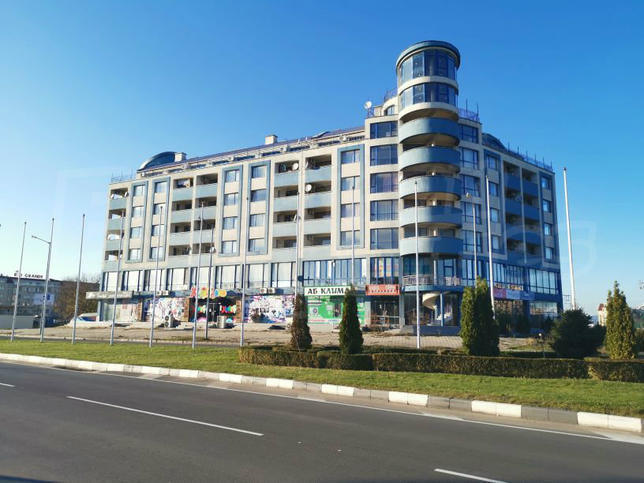 For sale
SOLE AGENT
One-bedroom Apartment Set 300 m from the Sea in Sunny Beach Resort Nessebar , Quarter Black Sea Holiday property with excellent potential One-bedroom apartment, maintained in good condition, enjoying excellent location in the largest and most famous Black Sea resort - Sunny Beach. The apartment is located in a new building just 300 meters from the beach and the sea and 500 meters from the center of Nessebar -
€ 25 000
66.78 m2 (374€/m2)
Type of property: 1-bedroom apartment 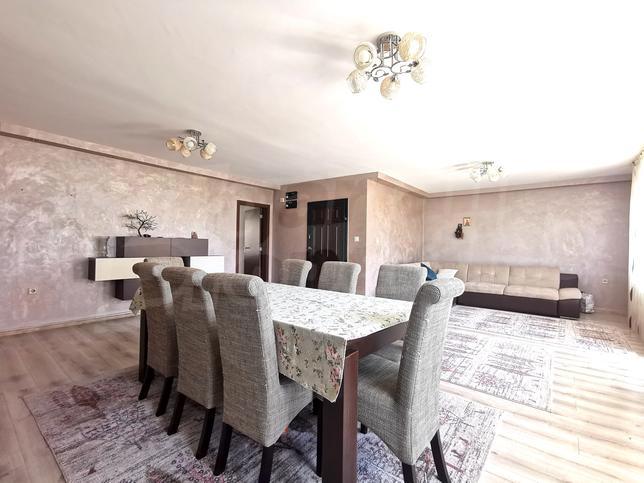 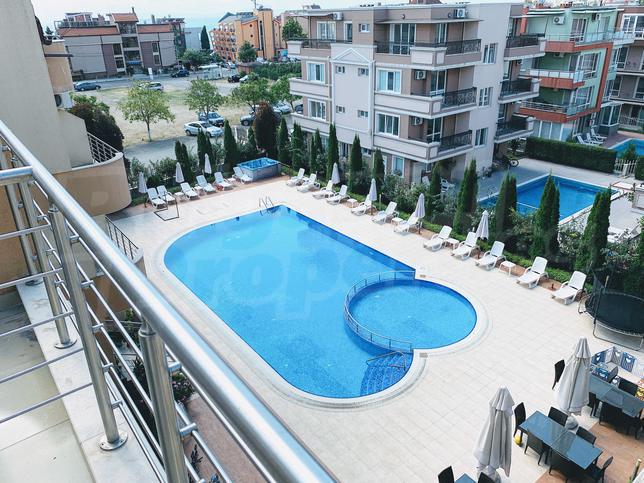 For sale
Reserved
Comfortably furnished studio in Hotel Iris Nessebar Holiday apartment 100 m from the beach, between the resorts of Nessebar Fully furnished and equipped cosy studio in Iris Hotel - a complex with modern architecture, luxurious residential and hotel parts, own fenced and landscaped inner garden, located in the southern part of new part of Nessebar, 100 m from the beach, in ecologically clean area only
€ 17 000
35.00 m2 (485€/m2)
Type of property: Studio 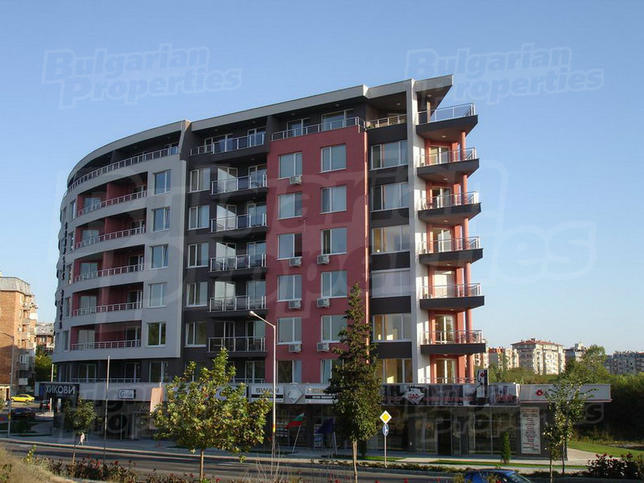 For sale
WATERFRONT
New 1-bedroom Apartment in Nessebar, 100 m from the Sea Nessebar , Quarter New Town Fully furnished stylish apartment with excellent location We offer for sale a stylish one-bedroom apartment, finished with first-class materials, located in a representative new gated-type of building in Nessebar, only 100 m from the sea. The south-facing apartment is located on the third of the 7 floors, served by a modern, silent
€ 75 400
83.79 m2 (899€/m2)
Type of property: 1-bedroom apartment 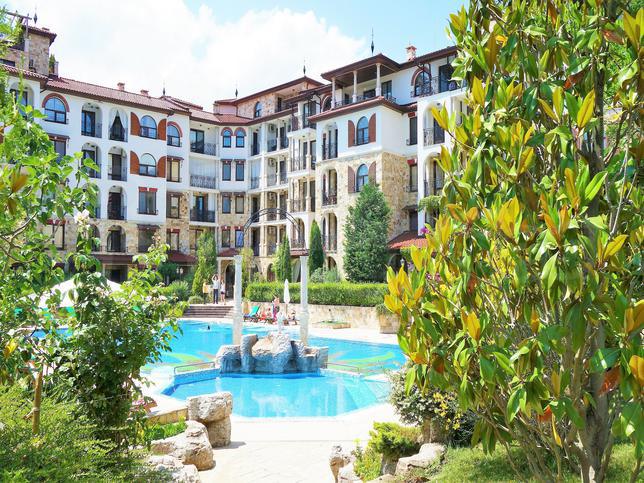 For sale
Luxury
Spacious and furnished studio in a luxury complex 300 meters from the beach Nessebar , Quarter Aureliya Holiday apartment between Ravda and Nessebar, in a luxury complex Esteban Furnished studio in a gated complex Esteban, located 300 meters from the beach, 00 m from the biggest water and amusement park in Bulgaria - Aqua Paradise, between Ravda village and the town-museum Nessebar (2 km). There are many restaurants, cafes and shops within walking
€ 42 000
46.10 m2 (911€/m2)
Type of property: Studio 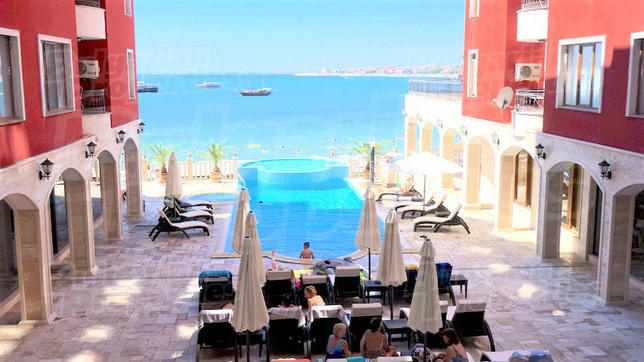 For sale
WATERFRONT
Holiday apartment in complex Rich in Nessebar Nessebar , Quarter Aureliya Ready to move in studio on the first line from the beach Comfortably furnished and equipped studio for your holidays in Rich Complex in Nessebar, located 1 km from the Old Town and 1.5 km from the famous resort Sunny Beach. This is a luxury complex on the beach in a quiet and beautiful bay overlooking the stunning blue lagoon. The
€ 35 200
35.42 m2 (993€/m2)
Type of property: Studio

Liubka Mihova Estate Agent, Sunny Beach
Unique residence in Old Town Nessebar
A property you can't find anywhere else in the world! OLD NESSEBAR only exists in Bulgaria and we have a unique residence for sale in this ancient city which is part of UNESCO's list of World Heritage Sites. Find your home in a place of timeless beauty which has survived through centuries and has preserved the wisdom of many cultures and civilizations. Visit this traditional-style new build residence now with a 360-degree virtual tour.
See More 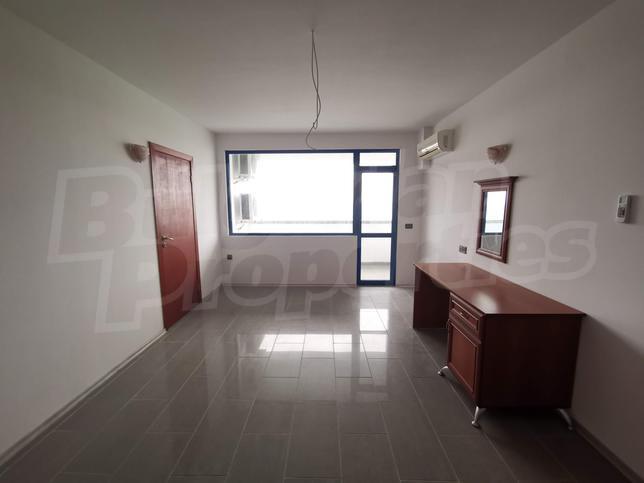 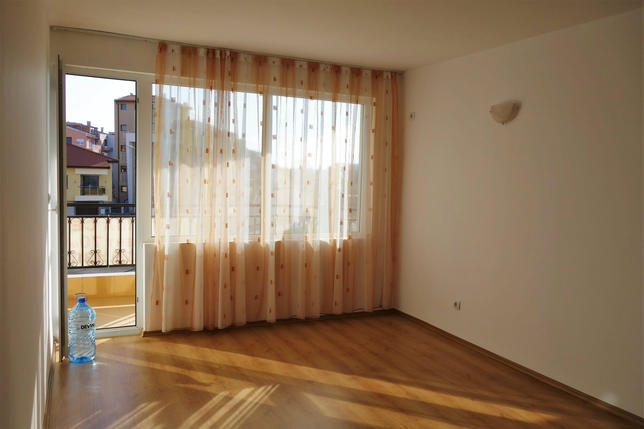 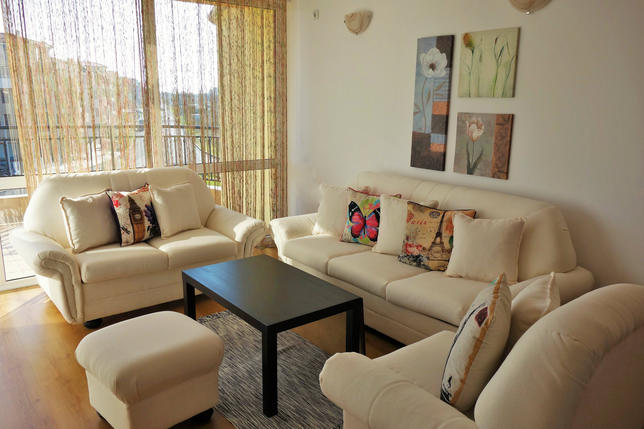 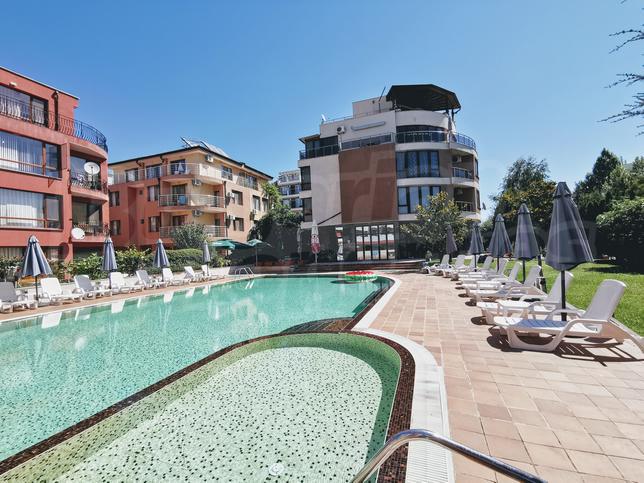 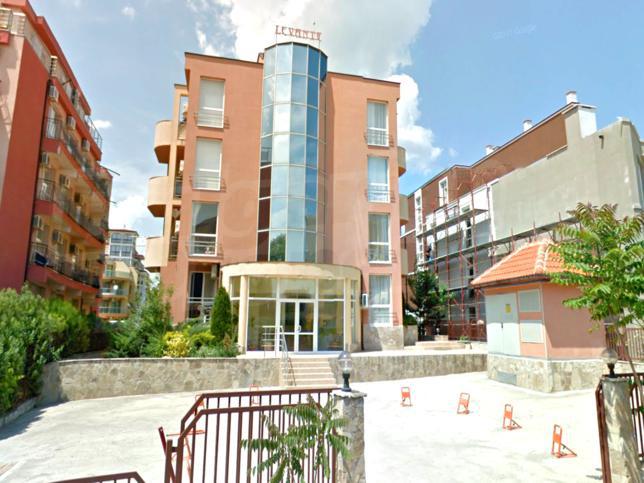 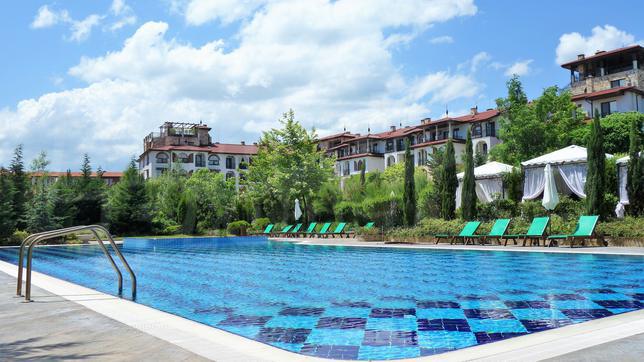 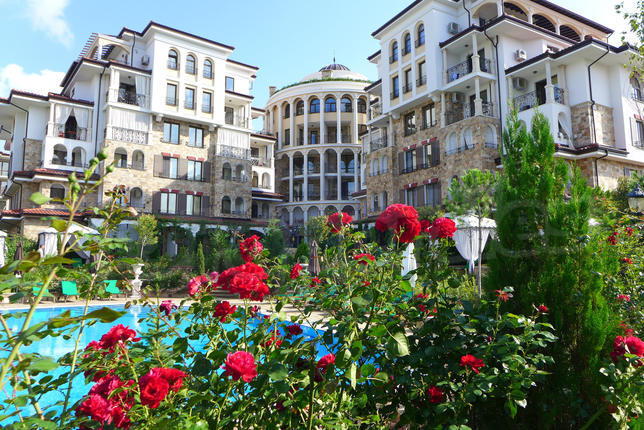 For sale
Luxury
Esteban Nessebar , Quarter Aureliya Exquisite apartments in operating complex near the beach Esteban is an elegant and modern holiday complex situated 300 meters from the beach (5 min walk). It is part of a nice and quiet area between the resorts of Ravda and Nessebar, which is located 5 km from Sunny Beach. The complex is characterized by a pleasant architecture and
from € 57 928
44.56 m2 - 74.15 m2 (1300€/m2)
Type of property: Apartments (various types) 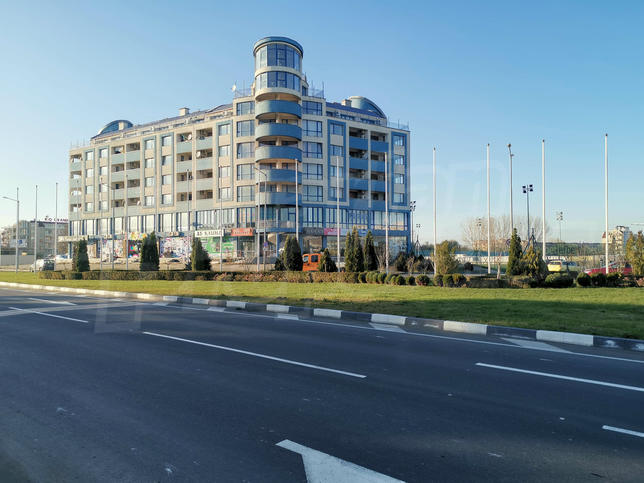 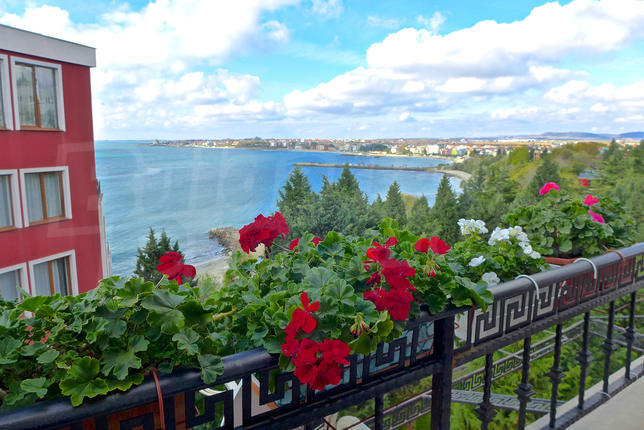 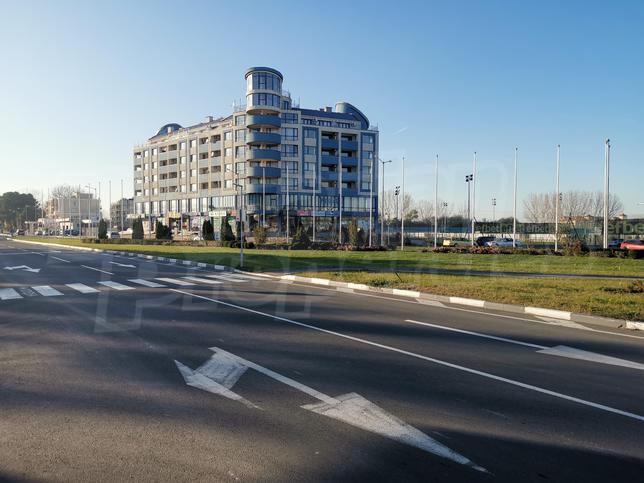 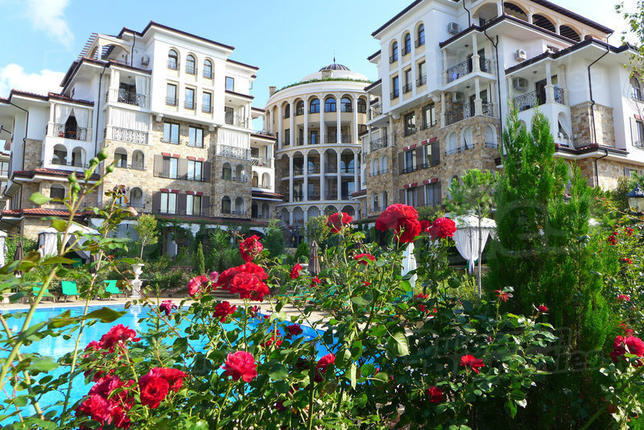 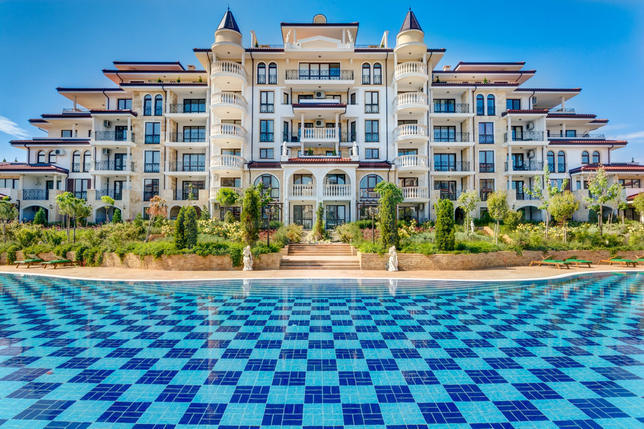 For sale
Luxury
Poseidon Nessebar , Quarter Aureliya Impressive holiday complex 5 minutes from the beach Poseidon is a magnificent holiday complex located in close proximity to the operating complex Esteban, at 350 meters from the beach (5 min walk). It is placed in the nice area between the resorts of Ravda and Nessebar and is at 5 km distance from Sunny Beach. The complex features
from € 45 591
35.07 m2 - 135.18 m2 (1300€/m2)
Type of property: Apartments (various types)