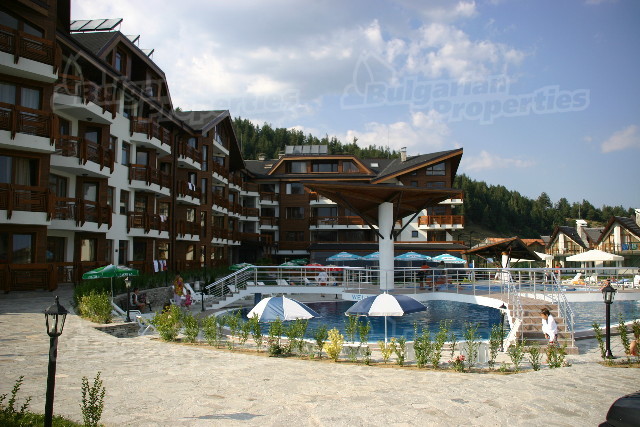 Holiday homes in beach and ski resorts in Bulgaria were hit by the economic crisis earliest and probably the hardest. As a result they lost about 50 per cent of their value compared to their peak value in 2008. At present the markets in Sunny Beach and Bansko are similar in terms of supply and prices, but for now Bansko lags behind in terms of interest from Russian buyers, who are the main players on the Bulgarian holiday home market.

Bansko, Borovets and Pamporovo
2011 was not a very successful year for holiday homes in the ski resorts. Property prices there fell considerably and since the beginning of 2012 the segment has been more dynamic and there has been more interest from buyers.

According to Bulgarian Properties data, the average asking price of apartments in Banskoin February 2012 was 550/square metre with prices there starting from about 350/sq. metre. This is sure to attract interest from potential buyers after the winter season. In 2012, deals in Bansko are completing at around 450/sq. metre.

There is also increasing interest in the winter resort of Borovets, where asking prices dropped by 18 per cent in 2011 and now average asking prices of apartments are about 750-850/sq. metre. However, deals are completing at an average price of 600/sq. metre.

The average asking price in the third largest ski resort in Bulgaria, Pamporovo, is 750/sq. metre.

Sunny Beach
This year, like at the beginning of 2011, the beach property segment is quite dynamic and more deals are being completed there than in the ski resorts. This is due to the strong interest from Russian buyers. According to Bulgarian Properties data, the average asking price of apartments in Sunny Beach in February 2012 was 667/ sq. metre, compared to 853/sq. metre in February 2011, which is much closer to the price at which deals are actually completed (about 500/sq. metre).

Who buys holiday homes in Bulgaria
According to Bulgarian Properties data, the largest group of foreigners buying holiday homes are the Russians, who make 40 per cent of all foreign buyers in Bulgaria. Their share increased in the last couple of years and at present Russian buyers are the ones influencing the property market there, the most  mainly in the beach holiday home segment. There is also interest from citizens from other European countries but there is no steady trend or another large group that stands out.

Outlook
Bulgaria has excellent potential to continue developing its holiday home segment in the next few years. However, there will be no property boom. The outlook is for maintaining the interest in Bulgaria and its resorts from Russians and citizens of European countries looking for a holiday home to spend their vacation or for semi-permanent residency. Bulgaria has beautiful scenery, an ever-improving infrastructure and a stable economy, and is a great place for a holiday.


Share
Come for video viewings of properties in Bulgaria!
Only on our website you will find thousands of properties situated all around Bulgaria for which we have shot videos. Don't waste time, view them online - on your phone, laptop or tablet, at a convenient time and without the need for an inspection trip and personal visit. Welcome for video viewings with BULGARIAN PROPERTIES!
See More
Rural Houses in Bulgaria
A real peace of heaven in the Bulgarian countryside! Your own holiday home in a magic world hidden from the stress and noise of the urban life we are all getting tired of. Let's take off for a journey back in time!
See More
Follow us