21.10.2011 NSI population and housing census data: Number of homes in Bulgaria increased by 5.4% in the last decade 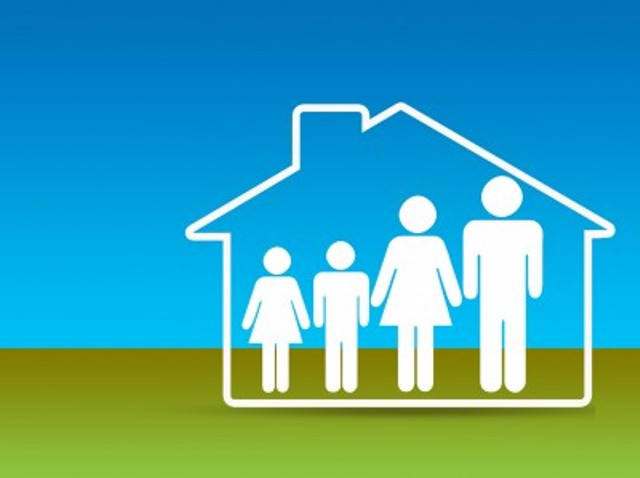 At the beginning of the last quarter the Bulgarian National Statistical Institute (NSI) published the final data of the population and housing census that took place in early 2011. This is an overview of the data showing the interrelations between the demographic trends, the real estate market and the quality of the housing stock.

The main highlights of the analysis of the data are as follows:
- population decline in Bulgaria
- increase in the housing stock
- improvement in the quality of the properties and the public utility access in the homes
- the property markets return to fundamental demographic factors

According to census data the population in Bulgaria has declined by 7% while the number of homes in the country has increased by 5.4% compared to the 2001 census  from 3,688,802 homes in 2001 to 3,887,076 in 2011. Even here there is a discrepancy between the demographic trends and the property market. Still, it has to be noted that the increase in the housing stock is relatively small against the property boom of the last decade and the increase reported in previous censuses (for example, in the 1990s the number of homes increased by 20%). The biggest increase in the number of homes for the period 2001-2011 is in the regions of Bourgas and Varna. This is due to the dynamic construction in the cities themselves and to the construction on a mass scale of holiday homes in the resorts in these regions.

The data from previous population and housing censuses in Bulgaria show that the number of homes has been increasing ever since 1965 (when the first NSI data of the housing stock came out). In 1975 it increased by 20% compared to 1965 while the increase in the next ten years (until 1985) was 15%. During these years the population also increased by 6% and 2% respectively, which explains the increasing need of construction of new homes. After the 1992 census it was established that there is a slowdown in the pace of increase of the housing stock to 6.5% and the population growth was negative (-5.15%). The negative population growth trend continues and the number of homes continues to increase  a discrepancy which is explained with the interest in buying property for investment purposes and with the trend of property price increase.

NSI data also shows that the process of increase in the housing stock, coupled with the population decline, has led to a decrease in the inhabitants per home from almost 4 people in 1965 to 1.9 people per home in 2011. Bulgarians own 97.5% of their homes as this percentage is considerably higher compared to the other European countries where it varies between 50 and 80%.

The urbanization process started in 1975 and continues ever since and the percentage of the population living in the cities is constantly increasing reaching 72.5% in 2011. This explains the higher number of homes in the cities (66% of the total number of homes), as well as the bigger interest of the local population in buying property mostly in the big cities to which internal migration is mostly directed  the capital Sofia, Plovdiv, Varna and Bourgas.

Quality of the homes and access to public utilities

With regard to public utilities in the homes NSI data shows that almost all homes in Bulgaria have electricity and water. The sewerage system is also well organized. This shows that homes in Bulgaria offer good living conditions. The disadvantage of the properties  this with regard to rural properties only  is the lack of bathroom and lavatory inside the house which is typical for many of the rural houses in Bulgaria. This type of property has only a lavatory most often located in the yard. This didnt pose a considerable problem for foreign buyers during the property boom as in most cases this can be changed, but at present demand is focused on houses that can be lived in without having to do any major repair works to them.

Nowadays, another important factor when choosing a property is internet access. 51.4% of the homes in the cities and 16.4% of the homes in the villages have internet connection. Many of the homes have new energy saving window joinery and external insulation and the trend is their share to increase in the years to come as many property owners renovate and modernize their homes, many homes renovated to a high standard by their foreign owners. The higher standard of life in the last few years can also be seen from the properties for sale and rent on BULGARIAN PROPERTIES site (www.BulgarianProperties.com)  while in the beginning of the previous decade many of the properties were not in a good condition and were in need of a lot of renovation work, lately many of the listed properties are new or are renovated and ready to live in.

The data of foreigners living permanently in Bulgaria is important for the real estate market as one of the main factors influencing property prices is foreign interest and investment in properties in Bulgaria. When this interest is not based only on speculation but also on the buyers wish to live permanently in Bulgaria, foreign property demand could influence not only the short-term market trends and price levels but also the long-term market development. This shows it is important to follow how the number of foreigners living in Bulgaria changes, whether they manage to adapt to the way of life here and to take the necessary measures to help them during the process.

The data shows that the population in Bulgaria is dwindling and that the number of homes in the country has increased, especially in the big cities, which explains the increased supply of property for sale. The result is a property price drop in the last few years after the withdrawal of the foreign buyers. The good news for the Bulgarian real estate market is that the quality of the properties and the access to public utilities in the homes has improved considerably in the last decade.

The increase in the housing stock from 1965 to 1985 was defined by a demographic factor  the increase in population and satisfying the housing needs. The increase of the housing stock after 1985 is not based on a population increase but on a process of urbanization and internal migration to the big cities, as well as on satisfying the housing needs of people who had been waiting for many years to be allowed to buy a home. After 1992 the state withdrew from the construction of homes and from regulating property prices. This made the sector attractive to private developers because of the demand from potential buyers with savings and because of the trend property prices to increase as they had been undervalued while regulated by the state. The wish to invest in property and the trend of price increase continued in the last decade as well, as the investments of the locals were backed up by foreign interest in Bulgarian real estate making the construction of new homes an even more attractive and profitable business. The result is that although in the last 20 years the population is declining this negative demographic factor was compensated by the increased local and foreign demand for investment properties.

In the conditions of an economic crisis and with the withdrawal of foreign property investments the trend is the market to return to its foundations and the demographic factors to become more influential. This is also in accordance with the data for the issued building permits for new buildings, which have decreased compared to previous years. On its part the drop in construction will slow down the pace of increase of the housing stock and will come closer to the populations housing needs.

At present the main indicators on the property market in Bulgaria are as follows: increased supply of properties on the background of lower demand and property prices that are still dropping. It will take a few years for existing properties to be absorbed before the construction of new buildings becomes more dynamic, mostly in the big cities. Property demand in the big cities will remain stable in the next few years due to internal migration. Also, as a large part of the housing stock in the cities consists of Soviet-style blocks which are quite depreciated their owners will turn to newly-built homes. In contrast to the big cities  where local demand is stable  the segment of holiday homes and rural houses largely depends on foreign demand, while there is little interest in properties in smaller towns because of people moving to bigger cities.