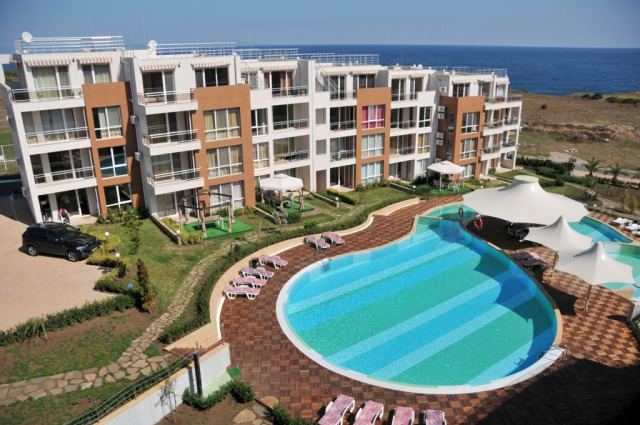 The stabilization on the Bulgarian property market which started in the middle of 2010 continued in the first quarter of 2011. The increase in sales is still small  only 3% compared to 1Q of 2010, but the first positive signal comes from the market in Sofia, where according to the data of BULGARIAN PROPERTIES property sales doubled compared to the same period last year.

 Increase in the overall number of sales by 3% compared to 1Q 2010
 Retention of property prices in the capital Sofia, similar to those from the second half of 2010
 Decrease in average prices in Bansko by 10% and even more in the other ski resorts in Bulgaria and lack of interest in properties in the ski resorts
 Retention of property prices along the southern Bulgarian Black Sea coast and an increase in the number of concluded deals compared to the same period last year, the main buyers being Russians and from Russian speaking countries
 Partial return of British buyers looking for cheap rural houses and holiday homes
 Overall decrease in the sales of rural properties but there is a more dynamic market for more expensive rural houses ready to live in

The first quarter of 2011 was successful for the sales of apartments in Sofia. On the background of a small increase of 3% in the sales around the country compared to 1Q 2010, the number of deals in Sofia increased twofold.

This means there is a 10% decrease in the average price of the concluded deals with apartments in Sofia compared to the previous quarter, but this is mainly due to the more deals in the lower price segment since the beginning of the year, while in the last quarter of 2010 deals were mainly concluded in the higher price segment. As a whole during the most of 2010 average prices fluctuated between 840 and 870 EUR/sq.m. and based on these values property prices in Sofia remain stable.

The real estate market in Sofia plays a leading role in setting the market trends around the country as it is here that most deals are concluded at the highest prices. The census data of the Bulgarian National Statistical Institute (NSI) shows that Sofia is the city with the biggest population and highest growth in population in the last 10 years. We believe that people will continue to migrate to Sofia in the years to come because the perspective of finding a well paid job here are better compared to the other towns and cities around the country. This influx of people to the capital Sofia will result in property demand. This means the properties that have been on the market for some time will be sold or rented out and in the next couple of years the construction of new buildings in Sofia will become more dynamic.

The winter season is now over and this is the recapitulation. In contrast to the market in Sofia the first quarter of 2011 was not very successful for the property market in the ski resorts. What the market showed during the winter season was that there was no interest in ski properties and there was a 50% decrease in sales compared to the same period last year. In fact, this was the worst winter season for sale of properties in the Bulgarian ski resorts since this market sector exists.

Usually, with the beginning of the ski season the interest in buying ski properties increases as this trend was kept even during the toughest periods on the market  winter 2008/2009 and winter 2009/2010. However, this season there was a big withdrawal of buyers from the market in the ski resorts and there were few deals. The Greeks, who started buying properties in Bansko last year, withdrew fully due to the serious economic crisis in Greece. The Russians, who are the main buyers of holiday properties, are not very interested in the ski resorts and the British, who as we know are still missing from the property market, are showing interest in the cheapest properties (up to 20,000 Euro) and there were some deals with British buyers this season. Bulgarian buyers are not very interested in ski properties and thus the circle of potential property clients in Bansko and the ski resorts is very limited.

As a whole, the supply in ski resorts increased twofold compared to winter 2010. What is offered are mostly resales of fully finished and even furnished apartments, the sellers being mainly Brits and Irish. Asking prices in the resort of Borovets in 2011 are between 950 and 1,600 EUR/sq.m. In the resort of Pamporovo the asking prices of the newly offered properties are between 650 and 1,200 EUR/sq.m. There are very few deals in these two resorts. In the biggest ski resort  Bansko  where the supply is the biggest, asking prices vary between 350 and 800 EUR/sq.m.

Based on the data from the sold apartments in Bansko since the beginning of the year the average price of properties there is 585 EUR/sq.m., as these are fully furnished apartments in functioning developments. This makes a 10% drop compared to the average price at which deals were concluded in 2010 (650 EUR/sq.m.). The lowest price at which Bansko apartments are bought is 430 EUR/sq.m. (for furnished apartments), as the total price at which deals are concluded is between 18,000 and 45,000 Euro. Deals are concluded after bargaining and a decrease in the asking price of about 10%. At present it is not clear whether the price is the defining factor for buying a property in Bansko because there are many bargain properties but few deals.

Outside Bansko there are some sales in Pamporovo but the interest in Borovets is almost non-existent and there are also very few enquiries about Borovets properties. The deals with Pamporovo apartments with clients of BULGARIAN PROPERTIES are at prices between 450 and 500 EUR/sq.m. Property prices in Pamporovo are more similar to those in Bansko and there is some interest in these two resorts while real estate prices in Borovets are much higher than buyers are ready to pay so that is why in the last couple of years very few deals have been concluded in Borovets.

An interesting fact about the holiday home sector is that this winter season the interest in the Bulgarian beach resorts did not decrease and it was there that most deals were concluded outside the capital Sofia.

This is true mainly for the southern Bulgarian Black Sea coast where sales increased by 40% compared to winter 2010, while there is less interest in the resorts around the city of Varna on the northern Black Sea coast.

Most deals along the southern Black Sea coast are concluded in the resort of Sunny Beach  fully furnished apartments priced between 400 and 700 EUR/sq.m., with budgets varying between 25,000 and 70,000 Euro and most deals concluded at prices between 25,000 and 30,000 Euro. These prices are similar to those in 2010.

Like in the ski resorts deals are concluded only with fully furnished apartments in functioning developments. The data shows that prices in resort of Sunny Beach and Bansko are almost the same. The buyers are mainly Russians but we are witnessing a return of British buyers in the lowest price segment. There are also buyers from countries like Sweden and Germany who are not traditionally present on the Bulgarian property market.

There is little interest in properties in the resorts around Varna (northern Black Sea coast) as lately there is interest and deals with luxury properties in Varna  apartments and houses priced over 100,000 Euro. Also since the end of 2010 there is more interest in rural houses inland from Varna.

What is new this year is the increased interest and sales of houses around Bourgas and Sunny Beach. The deals in this region were very few since the beginning of the crisis and even before that as prices were quite high and the supply was limited. This winter season 30% of sales along the southern Black Sea coast are with houses priced between 25,000 and 40,000  in very good condition, furnished and ready to live in.

There is also more interest in rural houses in the area of Veliko Tarnovo  mainly well maintained and renovated houses that are ready to live in, priced between 20,000 and 35,000 Euro.

The sales of rural houses around the country decreased compared to the previous quarter by about 35% and by 15% compared to 1Q 2010.

The average prices of rural properties sold in 1Q 2011 as per regions is as follows:

The main property buyers continue to be Bulgarians and Russians as Bulgarians are active mostly on the market in Sofia and the other big cities and the Russians  in the beach resorts. In February British buyers started returning as they choose mostly cheap rural houses and discounted holiday apartments in Bansko and in beach resorts priced up to 20,000 Euro.

In conclusion it can be said that the increase in the direct foreign investments in Bulgaria in January compared to a year earlier and the beginning economic recovery of the country give out positive signals to the real estate market. What still has negative effect is the high unemployment rate and peoples insecurity in their income, as well as the global political and natural cataclysms and the Europes struggling in dealing with the debt crisis.

Share
Borovets Gardens 2 - the second phase of the popular complex
Feel at home in Borovets! Buy your own vacation apartment in one of the best rated complexes in this top mountain resort. Progressing construction with planned completion in December 2020 for the new winter season. A wide range of available apartments at attractive prices, suitable for rental income.
See More
Vitosha View - an exclusive residential development in Sofia
Vitosha View is a gated complex at the foothills of Vitosha Mountain. It offers urban environment combined with the home atmosphere and the greenery of a beautiful garden. Vitosha View enjoys an attractive location and is perfect for investment in the Bulgarian capital.
See More
Follow us