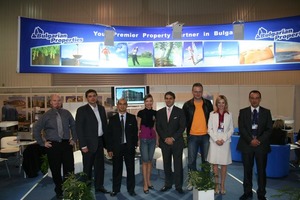 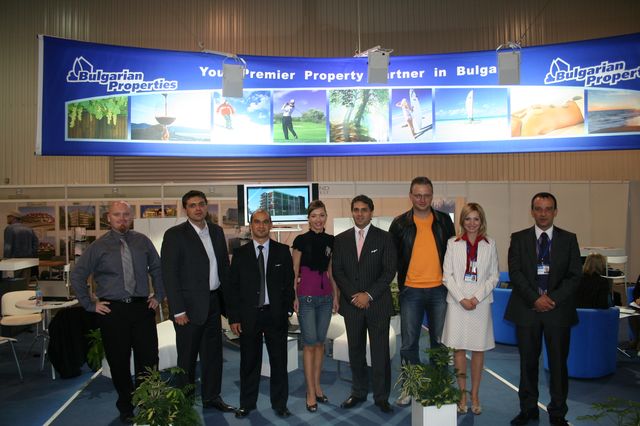 As the main sponsor of CEPIF the BulgarianProperties`s stand helped for the presentation of the company as one of the biggest, best structured and most professional exhibitors, with the most impressive property portfolio. Our top-offers for off-plan and already completed developments and properties have been presented on the stand of the company.


We are happy to say there has been a great interest towards the products and services of BulgarianProperties which resulted in many reservations and property sales on the exhibition itself. We met new potential partners from abroad with whom we will start cooperations in order to provide even better services.

CEPIF is Central & Eastern Europes largest real estate event, attracting 3056 participants from 29 countries in May 2006. It is an event for professionals operating, or with interests, in the CEE market. Concentrated solely on Central & Eastern Europe, it is the ideal place for companies and cities to showcase their strengths, high-light their achievements, reveal their plans and raise their profiles. Investors from across the world come to CEPIF to look for opportunities and partners in Central & Eastern Europe. CEPIF 2007 is the 4th edition. This year the event was visited by around 15000 attendees and over 250 exhibitors.
Tweet
Share
Properties in the Bulgarian Beach Resorts!
Check our selection of properties on the Bulgarian Black Sea Coast! Attractive prices starting from just 15,000 Euros for a furnished studio! Regular flights to Burgas and Varna international airports. Perfect for frequent visits, summer holidays and more.
See More
Rural Houses in Bulgaria
A real peace of heaven in the Bulgarian countryside! Your own holiday home in a magic world hidden from the stress and noise of the urban life we are all getting tired of. Let's take off for a journey back in time!
See More
Follow us