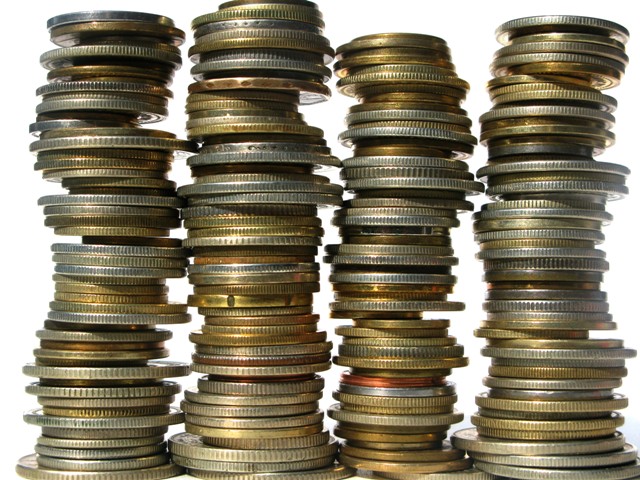 It is not that the global economic crisis has not affected Bulgaria. But in a time when it is reigning in Europe Bulgarias economy remains stable and secure. There are many facts to back up that statement and we are going to provide some of them. According to experts the Bulgarian currency is stable and so is the banking sector; the financial wealth of the Bulgarian households though slowing down reached 8 percent in the last quarter of 2008.

Recently, experts from the Bulgarian National Bank announced that the Bulgarian Lev (BGN) is the most stable currency in Eastern Europe due to the Bulgarian economy being the most flexible and competitive in the region.

A Citibank analysis reads that the currency board is solidly based to weather adverse shocks, with substantial buffers built up in the fiscal reserve account (around 15.0% of GDP) and large foreign reserves. There is strong national ownership of the currency board, which, coupled with the solid backing of all potential stakeholders (the EU and the IMF in particular), provides a robust anchor.

In connection to the steadiness of the currency board in the country the head of Bulgarias Financial Supervision Commission Apostol Apostolov stated that the currency board mechanism, which pegs the lev to the euro, will help Bulgaria overcome the financial and economic hardships.

To put it in a nutshell, experts both on national and international level claim that the currency board in Bulgaria is going to be the safeguard that will protect the country and will help it overcome the economic crisis.

Bulgaria's banking system has considerable reserves to fall back on in times of trouble and experts believe that Bulgaria's banks will remain more stable than the banks in other countries in Central and Eastern Europe in 2009, despite the fact that they will probably show a slower growth than in previous years. INGs Chief Economist for Emerging Markets Charles Robertson said that the financial sector in Bulgaria has not been so badly hit and that there are not so many countries in the world which can say that their banking sector posted a record large profit in 2008.

The Governor of the Bulgarian National Bank (BNB) Ivan Iskrov stated at a forum dedicated to the crisis that the banking system in Bulgaria is in a better condition than that of Germany or France. According to him the statement that when the banks increase the interest rates under loans then they have problems is very simplified and unilateral. Ivan Iskrov added that the banks in Bulgaria are well capitalized with numerous buffers to deal with the situation.

The Financial Wealth of Bulgarian Households

Almost 90 percent of the savings of the households are in bank deposits or in cash. This is normal as in the conditions of a global crisis the households prefer to invest their wealth in more secure and highly-liquid forms of savings. Compared to other Europeans Bulgarians invest less in shares, mutual schemes and pension and life insurance products. In connection to that economists explain that it is exactly the conservatism of the Bulgarian that would limit the losses of the households.

The banks continue to offer high interest rates under deposits with the aim of attracting financial resources from the local depositors. The increasing nominal profitability combined with the reducing inflation pressure is an incentive for the households to increase their bank savings.

Bulgaria offers one of the best taxation laws in Europe to stimulate economic activities, foreign business and property investment. The country is now part of the EU and all EU citizens benefit from special taxation treatment. They are taxed as local persons and can take advantage of the attractive taxation in Bulgaria.

It cannot be said that the global crunch bypassed Bulgaria but it can be said that its effect in the country is not as strong as in some other European countries. The Bulgarian government is also undertaking measures to limit further the effect of the crisis in the country by implementing a 5.6 billion leva investment program that will control the unemployment rate and sustain the countrys economic growth.

The banking system is strong, the unemployment rate is not rising with an alarming pace and according to economic analyses Bulgarian households are stable enough to stand the crisis. This was supported by the statement of the European Commissioner for Economic and Monetary Affairs Joaquín Almunia who said that in contrast to many European countries fighting with the global crisis Bulgaria is an island of stability.

According to Global Property Guide Bulgaria ranks fourth in the 2008 global property price increase ranking. Bulgaria is one of the few countries with increase in the prices of real estate in 2008. The price growth in Bulgaria is 2.25% which is corrected with the inflation while its nominal value is 11.72%. As British newspaper The Independent pointed out last week Bulgaria is still a property destination with reasonable prices making it a good and relatively safe place to invest.

Share
Properties in Bansko
Buy your own property in the top ski resort of Bansko! An all-year-round resort suitable for winter and summer tourism with the best prices in Europe! Prices starting from as low as 10,000 Euros!
See More
Rural Houses in Bulgaria
A real peace of heaven in the Bulgarian countryside! Your own holiday home in a magic world hidden from the stress and noise of the urban life we are all getting tired of. Let's take off for a journey back in time!
See More
Follow us