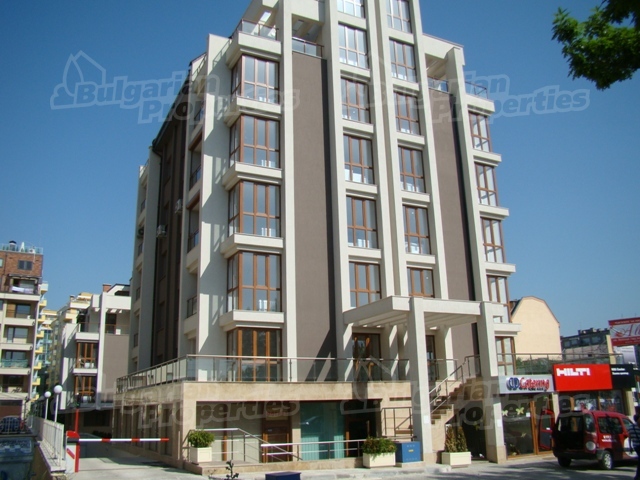 The first quarter of 2010 was relatively successful for the real estate market in Bulgaria as the average activity on the market was about 40% higher compared to the same period in 2009  the most difficult period on the property market in Bulgaria. Property sales in January and February 2010 remained the same as those in the second half of 2009.

March brought higher activity on the market and the number of deals reached a record high since the beginning of the crisis and a growth of 50% compared to the average monthly levels in the last 10 months. The more dynamic market in March was mainly connected to properties in regions around the country some of which had registered almost no deals in the last few months. The activity on the market of city properties in Sofia and Varna remains unchanged compared to the last six months and property prices based on actual concluded deals remain stable.

The concluded deals are still mainly with luxurious properties or with very cheap properties, as the main requirement of the buyers is the bargain price. This trend started in 2009 and still continues.

If we have to describe the current situation on the market in one sentence it would sound like this: Buyers are returning to the market, there is interest on their side, the number of concluded deals is increasing but all this is true for properties offered at attractive prices.

II. CHARACTERISTICS OF THE PROPERTY MARKET IN THE DIFFERENT MARKET SEGMENTS

1. City properties in Sofia and Varna

In the city property segment and mostly in Sofia we witness a calmer market and an overcoming of the initial shock from the crisis. Its a fact that the decrease in property prices in Sofia is much smaller compared to that in most parts of Bulgaria  a 23% decrease in 2009 compared to 2008 for Sofia on the background of an average price decrease of 36% for the country according to BULGARIAN PROPERTIES data from actual concluded deals. In the first quarter of 2010 property prices in Sofia and Varna based on actual concluded deals remain unchanged compared to the last quarter of 2009. 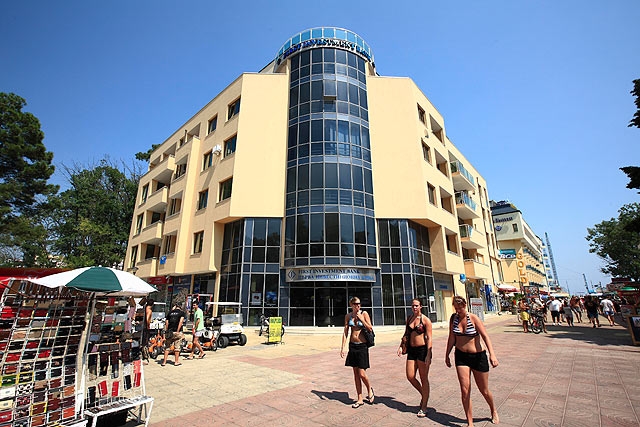 1.1. Sales of residential properties in Sofia

In the last year or so the residential property market in Sofia keeps relatively stable prices as property prices didnt fall significantly and many of the buyers are still waiting for better prices. As this volume of deals, which balances the market in the last year, is very small for the capital there might be a second wave of decrease in property prices in Sofia, especially for properties with bad location, bad environment, Soviet-type properties and properties in need of overall repair works. These apartments could be sold only at bargain prices. 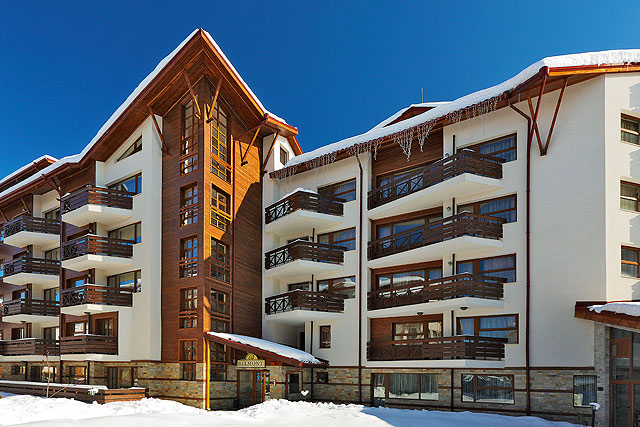 1.3 Sales of residential properties in Varna

Prices of city properties in Varna remain stable and the interest towards them  relatively low. The average offer price per square meter in Varna is about 900 Euro making the properties there more expensive than the buyers expect and the market there continues to be not very active.

Due to the slow market lessors are often willing to rent their properties out for a shorter period (1-3 months). Foreign and Bulgarian clients are already looking for holiday homes to rent for the summer season in the Golden Sands resort and in the top central area of Varna.

As we have noted many times before it was the holiday home segment that the crisis hit the most  with the biggest price decrease (sometimes as high as 50%) and significantly less demand. The fate of the already built but unsold properties is to be decided this or the next year as most probably they will be sold at prices that are much lower than their cost price and their owners/developers will face significant losses.

This is also backed up by the trend that started in the beginning of this year when builders and sellers of holiday homes in Bulgarias seaside and ski resorts started lowering the offer prices significantly.

Although prices of holiday homes are now quite attractive candidate buyers are very demanding and have a long list of requirements  a very lucrative price (300-500 Euro/sq.m.), good location, good quality, good property management and maintenance of the building, possibilities for renting of the property and generating an income from the investment.

There are no off-plan sales as there are no potential buyers even for properties offered at extremely low prices. We have reasons to believe that there will be no sales in this segment in the next few years.

A number of builders have halted their projects in the initial stage due to the lack of financing and oversaturation of the market. Even a greater number of projects with an allocated plot and a building permit have been halted. More and more such projects are offered for sale on the market but there are no potential investors as well due to the gloomy perspectives for the new construction segment.

2.1. Holiday properties in the area of Varna

Since the beginning of the year sellers have been decreasing prices of holiday properties in the resorts of Byala, Kavarna, Golden Sands and other resorts around Varna. Property prices in these destinations start from 360 Euro/sq.m. for fully finished apartments.

Since the beginning of 2010 we are witnessing a return of the buyers interest in the Bulgarian Black Sea resorts  mainly in expensive and elite properties at prices from 80,000 to 130,000 Euro or in very cheap properties between 25,000  30,000 Euro. The main buyers are Russians and from Russian speaking countries. There is some activity on the property market in Bourgas as well  the interest there is mainly from Bulgarian buyers as there are deals both for sale and rent of residential and trading areas in the city.

We had a relatively successful winter season regarding property sales in Bansko with a threefold increase in the number of realized deals compared to the first quarter of 2009. The average price of the sold properties in Bansko in the period January-March 2010 is the same as that in the second half of 2009  650 Euro/sq.m. and the average price is 40,000 Euro. The offer prices of Bansko apartments start from 500 Euro/sq.m.

The main buyers of Bansko apartments are Russians, but there are also Brits, Bulgarians and Greeks. Greek buyers were quite active in January but then completely retreated and are not expected to return soon due to the total collapse of the Greek economy.

Even during the high season the property market in the ski resorts of Borovets and Pamporovo did not show any development and prices there are offer prices and not prices of actual concluded deals.

While in 2009 the deals with rural properties were evenly distributed around the country, in the first couple of months of 2010 there are clear preferences on the part of buyers towards certain regions and towards cheap properties (up to 10,000 Euro). Here is the data of BULGARIAN PROPERTIES for the regions in which there are deals in the first three months of 2010:

Average prices* of sold rural properties as per region and percent of decrease compared to 2009:

At present in the villages around Sofia there is no demand for houses, there are deals mainly with plots of land. In the villages around Bourgas, Plovdiv, Veliko Tarnovo, Yambol and Kardzhali the deals are too few to make statistics. The biggest number of deals are concluded in the area of Stara Zagora, where prices fell only in the beginning of this year with 37% compared to 2009 and 2008 (there was no decrease in property prices in this region in 2009 compared to 2008).

4. Decrease in the offer prices of properties

The decrease in the asking prices of properties became more obvious in the beginning of this year as there were most offers with decreased prices in the period 20.01.2010  10.02.2010. Their number was higher than that of the new offers which BULGARIAN PROPERTIES publishes every week. At present the number of discounted offers makes up about 60% of that of the new offers published every week. This is what continues to provoke the interest of the buyers who follow the market and notice every bargain offer.

The average decrease in the asking prices of properties around the country is 25% since the beginning of the crisis, as in the last two months offer prices have decreased by 5%.

Decrease in the asking prices of apartments in Sofia as per quarters as of April 1st 2010:

The greatest drop in the asking prices of properties is to be found in the residential quarters where prices were some of the highest in the capital and where the supply is biggest. In most quarters the decrease is similar to the average level for Sofia while in quarters like Ivan Vazov, Iztok and Yavorov the drop in the offer prices is lower.

The dominating buyers on the property market since the beginning of the year are Bulgarians and Russians. While in January it was the Greeks that were most active, in February and March they were not present on the Bulgarian property market.

Bulgarians are the buyers in 20% of the deals realized by BULGARIAN PROPERTIES. They bought mainly apartments in Sofia, Bourgas, Varna and also in Bansko, as well as rural houses at bargain prices around the country.

The Russian buyers make up the biggest share of foreign buyers in the first 3 months of 2010  20%. Generally, they buy apartments in our ski and seaside resorts.

This year the British make up 15% of the foreign buyers as their interest is mainly focused on rural properties at low prices.

The other foreign buyers are of various nationalities. This year there are representatives from many countries present on the Bulgarian property market  from the neighboring countries but also from faraway destinations like Canada, Australia, the USA, etc., as they are mainly interested in cheap bargain properties.


Share
Beach Villas on the Bulgarian Black Sea Coast
Searching for your own place in the sun?
Explore our selection of lovely houses and villas situated in the beach resorts and in the villages nearby! Prices with no competition in Europe!
See More
Properties in the Bulgarian Beach Resorts!
Check our selection of properties on the Bulgarian Black Sea Coast! Attractive prices starting from just 15,000 Euros for a furnished studio! Regular flights to Burgas and Varna international airports. Perfect for frequent visits, summer holidays and more.
See More
Follow us