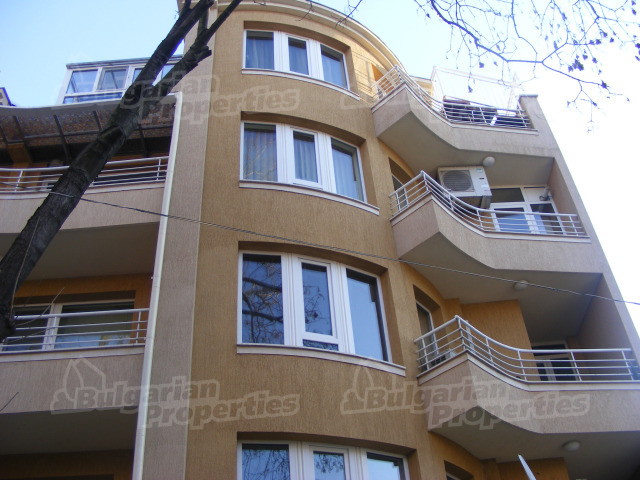 1. Increase in the supply of all property types
Since the beginning of the year the supply has been extremely diverse. Every day dozens of apartments in Sofia, Varna, Bourgas, Plovdiv and Stara Zagora appear on the market for sale and rent. The same is also true for office and commercial properties  never has there been such variety of quality offices and shops for sale and rent at attractive prices in top locations. A number of attractive holiday homes and rural properties are also put on the market. However, a great part of the sellers still want high prices for their properties hoping a buyer to appear and in most cases they are left disappointed and their offers remain on the market for a long time.

2. The number of the viewings has increased since the beginning of the year
There is a fourfold increase in the number of the viewings from the beginning of January till the end of March 2009. This shows that there is great interest among the potential buyers and tenants to purchase or rent a property. The deals are less compared to the same period last year as the buyers make their decisions slower and wait for the best offer; the realized deals are mainly with well-off buyers who do not depend on financing from banks. Another group of clients for which we organize viewings are just looking at the moment which is completely justifiable and predictable when the buyer dictates the market and there is a great choice of offers, as is the situation at the moment. The number of Bulgarian buyers organizing viewings is increasing as is their interest towards rural and holiday properties.

3. For the first time since October 2008 the downturning trend of concluded deals on a month-to-month basis takes a positive direction (rental deals are not included here). In March 2009 the deals were more compared to February 2009, as they are back to the levels from January 2009. 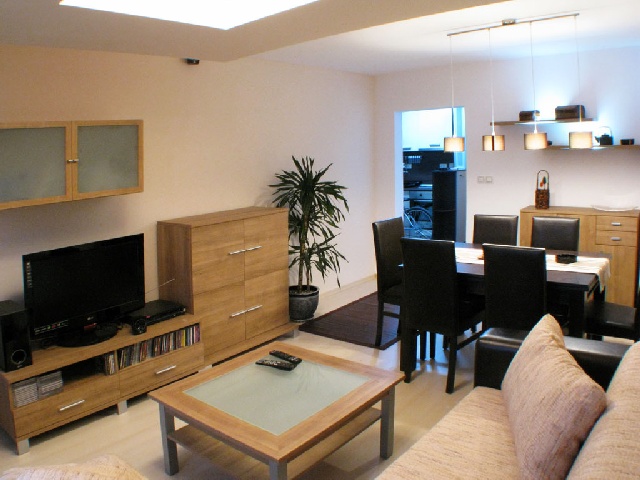 This is a positive signal but is not a cause for great optimism and euphoria. The different market segments are not developing with the same pace and there are great differences in the number of concluded deals if analyzed at ten-day periods which puts the participants on the market under constant stress.

4. The concluded deals are at prices similar to the average prices in 2008. However, now these prices buy much more attractive, spacious and quality properties. This means that there is an actual decrease in property prices as the point of intersection between supply and demand is to be found in the actually concluded deals.

For example, in the first quarter of 2008 a 90-square-meter one-bedroom apartment in the Sofia quarter of Lozenets was bought for about 100,000 EUR (as this is calculated on the basis of actual prices of concluded deals). In 2009 the same apartment costs 80,000 EUR - 20% less. However, in 2009 one can already buy a 100-square-meter two-bedroom apartment in the sought-after Dragalevtsi quarter in Sofia for 100,000 EUR and there are deals at this price exactly because now buyers with cash  who are the main participants on the market at the moment  can buy a better and bigger property at a price at which last year they would have bough something not that good. 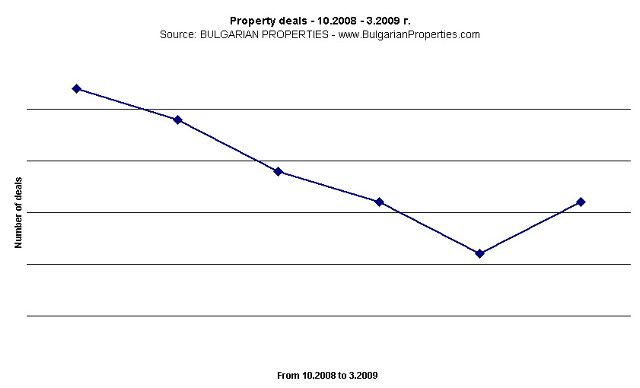 Since the beginning of the year most of the deals concluded in Sofia were made with discounts of between 10-20%.

If we look at the holiday property market the same trend can also be seen in the ski resort of Bansko. Last year buyers paid 60,000 EUR for an off-plan one-bed apartment of 50 sq.m. while this year many of them are tempted to give a little more  for example 70,000 EUR but for a finished two-bedroom apartment with an area of 90 sq.m.

The common thing about all types of properties and buyers is that the lucrative and attractive offers are reserved very fast. This shows that there is demand and it just has to find the point of intersection with the supply at a suitable price and at the moment this point is reached after a discount of between 10-20%.

II. ANALYSIS OF THE REAL ESTATE MARKET IN THE DIFFERENT SEGMENTS

1. Sales and rents of properties in Sofia and Varna

The residential property market in Sofia started the new year with quite a lot of deals which were put off for 2009 after which in February the number of sales decreased by 50% compared to the previous month and in March the sales were back to the levels in January 2009. Property deals in Sofia are focused in the following quarters: Dragalevtsi, Lozenets, Mladost, Vitosha and the wide center area. The average price of the concluded deals is not very different from that in 2008  about 90,000 EUR (with average price of 96,200 EUR in 2008). This is due to the fact that buyers with ready cash take advantage of the lower property prices and buy bigger and more prestige properties. There is also demand for apartments between 30,000 and 50,000 EUR but because buyers of such properties usually dont have ready cash and count on bank financing the deals in this price segment are still rare.

While property demand in Sofia holds good levels and the clients are quite bold in their choices and decisions the number of deals in Varna has been low since the beginning of the year. The buyers interested in Varna are more indecisive and the concluded deals are considerably lower than those in 2008. In 2008 the average price in Varna was higher than that in Sofia  107,500 EUR while in the first 3 months of 2009 the average price of the concluded deals in Varna is 70,000 EUR. 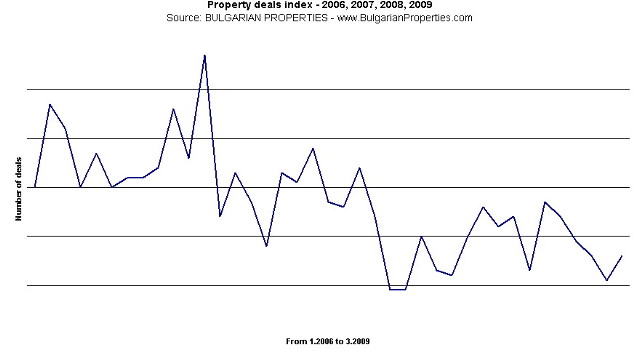 The average prices of rented residential properties are as follows:

In Sofia the offices in A-class buildings are rented out at lower prices compared to 2008. Now the prices offered are between 11 and 17 EUR/sq.m. as this is a decrease of about 15%. But despite the price decrease the demand for high-class offices in the last few months is low.

Offices in buildings of a lower class are offered between 7 and 10 EUR/sq.m. as their prices are similar to those in 2008. This office type is preferred by renters  they are usually situated in new buildings in busy areas around the city. The main part of the deals concluded in 2009 is with this type of offices.

The rental prices of high-class offices in Varna are similar to those in Sofia - 10-15 even up to 18 EUR/sq.m. as here there is also a decrease in the demand in the last few months. The offices of lower class offer prices between 5 and 10 EUR/sq.m. However, on the background of the considerably increased supply levels the demand is quite sluggish and the prices of offers have not yet reached the levels that are reasonable for the current economic situation.

What is typical both for Varna and Sofia in the last 3 months is the increasing number of office offers which are put both for sale and rent. There is a good chance companies looking to change their offices for something better and more representative at the same price to find good bargains.

The holiday home market in 2009 is quite interesting and dynamic. Its a fact that the number of deals has decreased compared to the beginning of 2008 but the dynamics is a result of the flexibility of the developers and property owners regarding the offers and prices. There are very interesting offers in this segment and the concluded deals are quite lucrative. For example, in Bansko there are offers of superbly finished and furnished apartments at a price of 600 EUR/sq.m.

This year buyers have been avoiding off-plan deals, as 75% of the concluded holiday home deals are with already finished and even furnished apartments.

What is interesting is that the average price of the deals concluded in this segment in 2009 is not very different from that in 2008  61,000 EUR in the mountain resorts and 80,000 EUR in the sea resorts but we have to note here that now these prices buy more attractive properties in developments of higher quality which also make a better investment.

In February the properties in the ski resorts were more popular while in March there is an increase in the demand in the seaside resorts due to the approaching summer season.

Since the beginning of 2009 the average prices of rural properties are as follows:

It is exactly this falling of prices which will make the buyers more active as there is definitely interest in this type of properties as Bulgarian buyers are also ready to buy a rural property.

The interest of potential buyers of rural properties continues to be focused on houses around Sofia, Plovdiv, Stara Zagora and the other big cities around the country, as well as on properties close to the seaside (Varna and Bourgas) and in the mountain areas (Veliko Tarnovo, etc). Foreign buyers continue to be interested in properties around Vidin, Elhovo and Montana and lately in the region around Pleven where the prices are very attractive.

30% of the companys deals on the foreign market are made with British buyers  these are mainly deals with low-priced rural properties. The other 70% of the foreign clients are of different nationalities: Russian, Greek, Dutch, German, Turkish, Polish, Romanian, Norwegian, etc. The interest of the Russian clients is evenly distributed between Bansko and the seaside resorts as in the last month they have become more active.

Bulgarians have focused their interest on the cities of Sofia and Varna  both for buying property and for renting it. In Varna it is the rental deals that prevail while in Sofia it is the sales. Moreover, Bulgarians are becoming more active on the holiday home and rural property markets as now there are great bargains in these segments. 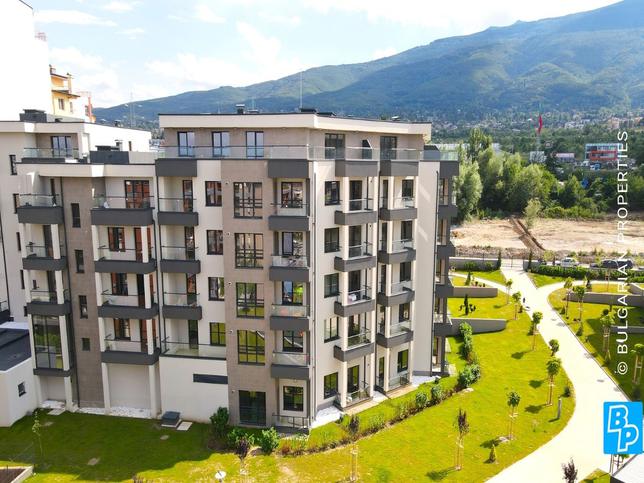 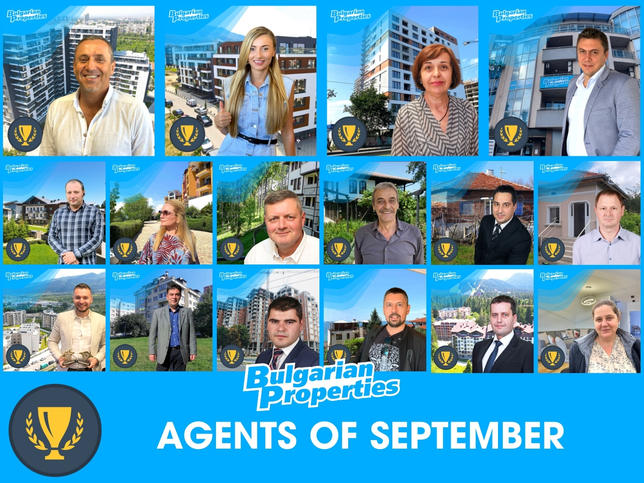 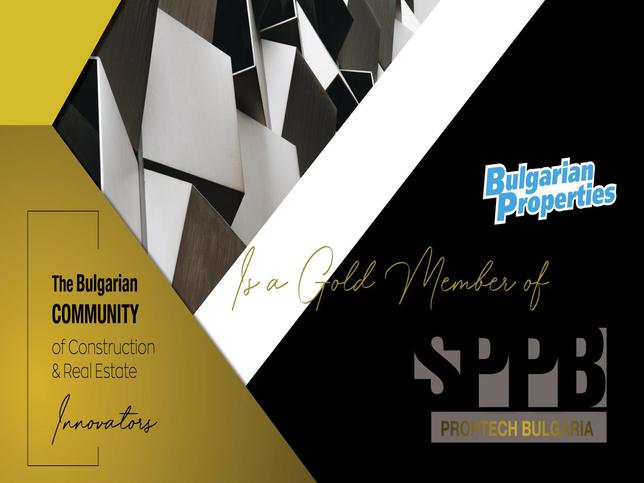 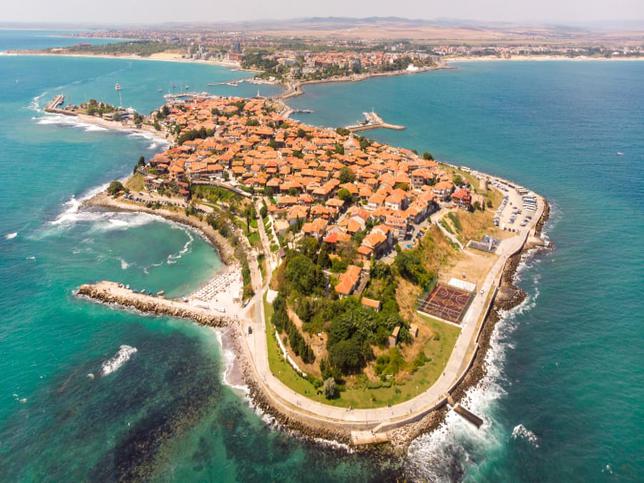