13.03.2007 Along the Black Sea Coast  the next investment opportunities 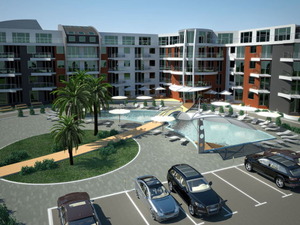 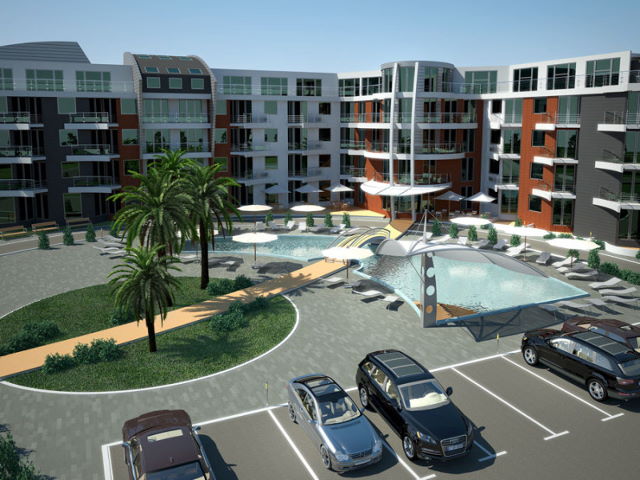 With development heading towards completion in the main resort areas of Golden Sands and Sunny Beach over the next year or two, its time to look further afield for the next investment opportunities on the Black Sea coast. Logically, and geographically, there are just three places to go - the central coastal strip between Bourgas and Varna, the rugged headlands, cliffs and coves north of Varna or the hidden bays and beaches to the south. There is already a lot going on in each of these regions and each demands its own analysis. So, we will look at the central and northern regions separately but, for now, lets go to Bourgas, the starting point for a trip down the southern Black Sea coast to explore the up and coming resort areas and some of the less well-known towns and villages. The first main turning to the left off the E87 takes us to Chernomorets - little more than a seaside village now but developing quickly and well worth a visit. Nestled in an inlet between the Akra and Talaskra capes, the rocky coastline provides many secluded spots for sunbathing, swimming and fishing. We should also note that this is an area favoured by the rich and famous seeking their privacy and relaxation away from the more commercialised resorts. As an example, consider the private mansion recently put on to the market. After Chernomorets - and just 34 km south of Bourgas - we come to the slender rocky peninsula that is Sozopol, already a preferred destination for the discerning tourist. During the summer season Sozopol hosts many visitors exploring the history and culture of the Old town, which is similar to its more widely-known counterpart, Nesebar, but much less commercialised. Again, there is a significant level of development currently underway in the area but prices are still considerably lower than in the main resort areas to the north. Arguably the best beach on the south coast is to be found at Djuni, commonly referred to as Dunes, an up-market hotel and resort village complex just a few kilometres south of Sozopol. Private villas are the main form of development in this small but exclusive area. Beyond Dunes, nature takes over as the coast road passes by the Arkoutino swamp, a 62 hectare protected area of floating water lilies, irises and liana vines. And then we come to the Ropotamo River nature reserve, where licensed operators run river cruises into the heart of a virgin forest landscape as wild and beautiful as any that you might find anywhere in the world. For the next step on our journey, we take in the 15 kilometres or so of stunning coastline that links Primorsko, Kiten and Lozenets. There is little to distinguish any one of these three villages from the others. Each boasts beautiful scenery, majestic rocky outcrops and small sheltered bays of fine golden sand. Until just a few years ago, each was a sleepy coastal hideaway frequented mainly by fishermen and, during July and August, by local tourists visiting one of the many camping sites dotted along the shore-line. Now, though, the camp-sites are being replaced by holiday homes, small hotels and apartment complexes and the villages are fast becoming highly popular holiday destinations. Perhaps the best example of todays development strategy is to be found in Lozenets, one of the fastest growing resort areas which, importantly, guards its non-commercial status, its natural environment and its ecology with great care. As an example, consider the new subtle but stylish development at Emberli The planning and development strategy applied at Lozenets comes from both the local municipality and the regional centre at Tsarevo, some 10 kilometres further south. Here, too, there is considerable development taking place which is transforming the former administrative town into another important south-coast resort. As in Lozenets, though, development is tightly controlled and the key strategy is to create a holiday destination without the crowds, the clamour and the pressures of the bigger, more established resorts. From Tsarevo, the E87 heads inland, while the coast road branches off and becomes narrower as we head down to Varvara, Ahtopol, Sinemorets and, finally, to Resovo on the Turkish border. Apart from the restoration of Varvara as a model holiday town and the private villas of many Bulgarian artists, musicians, politicians and business executives, which span the cliff-tops at Sinemorets, the most notable feature of this area is the interlaced string of magnificent and picturesque bays blessed with fine, clean sand, crystal clear waters and a warm Mediterranean climate. All of this most southerly stretch of coast is completely undeveloped at present. Be assured, though, that it will not be like this for long. Land plots are already selling at a premium and, provided that they meet the strict criteria governing development in the area, planning applications are being submitted and approved. The message is clear and simple. If you are looking for a beach holiday home, in an unspoiled, uncrowded location, away from the commercial resorts  then you should look to the South. This is where todays wise investors are now putting their money.
Tweet
Share
Vitosha View - an exclusive residential development in Sofia
Vitosha View is a gated complex at the foothills of Vitosha Mountain. It offers urban environment combined with the home atmosphere and the greenery of a beautiful garden. Vitosha View enjoys an attractive location and is perfect for investment in the Bulgarian capital.
See More
Belle Epoque Beach Residence
French style beachfront residence in the popular beach resort of Lozenets on the Southern Black Sea coast. The complex is completely finished and fully operational. Check out the last available apartments for sale.
See More
Follow us