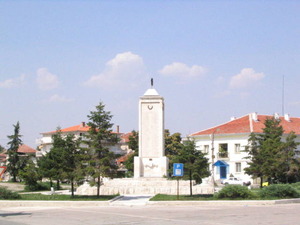 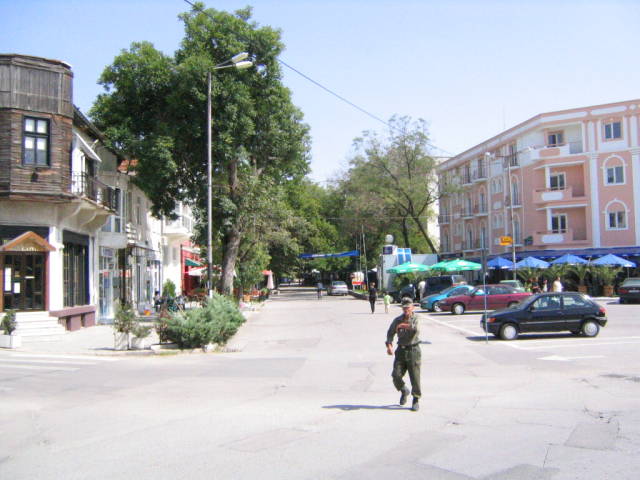 The town of Svilengrad is situated in the southern part of Bulgaria, close to the border with Turkey and Greece. It is an administrative centre of Svilengrad municipality which consists of 24 settlements: the town of Svilengrad and 23 villages. The municipality lies on the slopes of Sakar and Rodopi mountains and in Thracian lowlands. The climate is mild, Mediterranean. There is a great variety of vegetation and potentialities to grow different sorts of cereals and crops. The Maritsa River, which runs through the territory, plays an important role in the development of the municipality and the town. The picturesque countryside, mild climate, rich vegetation and water basin as well as some lovely state cottages play a great role in the development of mountain, rural and hunting tourism.

Svilengrad originated in the XV century near the ruins of the Thracian-Roman settlement of Burdenis. Till 1913 it was famous for its numerous shops and small inns. During the Inter Allied Powers War the town was burnt out. After its reconstruction a lot of Bulgarians from adjoining villages settled here. The refugees (Bulgarians) from Odrin, Lozengrad, Asia Minor, Eastern and Western Thrace, Thessalonike came to the places of the exiled Greek and Turkish people. At that time the population was engaged with agriculture, cattle-farming and silkworm-breeding. This tradition determines the present economic face of the town as well. The textile industry is the most developed one and the word svila which means silk was derived from that branch. Before that it was called Mustafa Pasha after the name of the Great Vizier Mustafa beg. The ancient stone bridge over the river Maritsa is also connected with this name . This bridge, the symbol of the town, was built around 1510 in the place of a wide ford which was crossed by the help of kaikchii  boatmen.

In connection with the trans-border cooperation with Turkey and Greece you can find here communication and information centres for all services. There is a business centre, a lot of banks, tourist agencies and market areas. You can find attractive places for your stay and meals ( a lot of hotels and restaurants), places for entertainment (discoteques, bars, casinos, computer clubs, etc.)

The border crossings Kapitan Andreevo - Kapakule and Novo selo  Ormenion are of significant importance for the region as entrances and exits to and from the country. They have mainly transitional functions at the moment but in the near future they might have a strong impact on the economics of the region after modernising and developing.


The existing duty free zone Svilengrad is of vital importance for the municipality. It has been developed from a zone with mere commercial aspects into an industrial zone. In this respect the old orchard near Svilengrad which can be renewed is suitable for developing this business (production, processing and trade).

Tourism is a comparatively new branch of the municipality economics. Its intensive development is the reason for building a lot of new hotels. About 40 small hotels have been built recently.