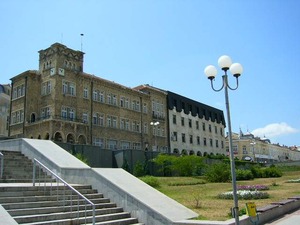 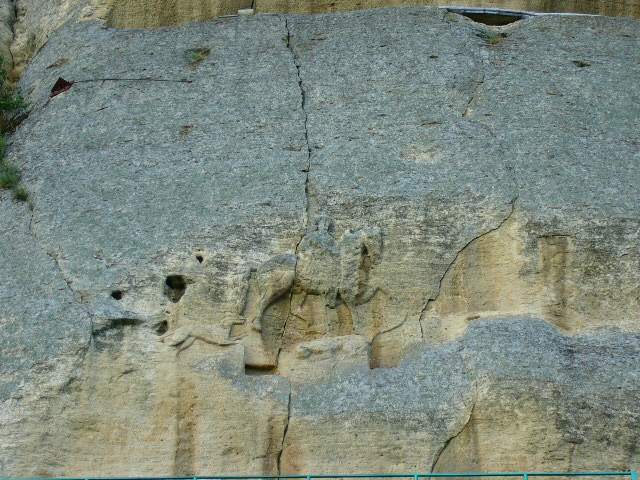 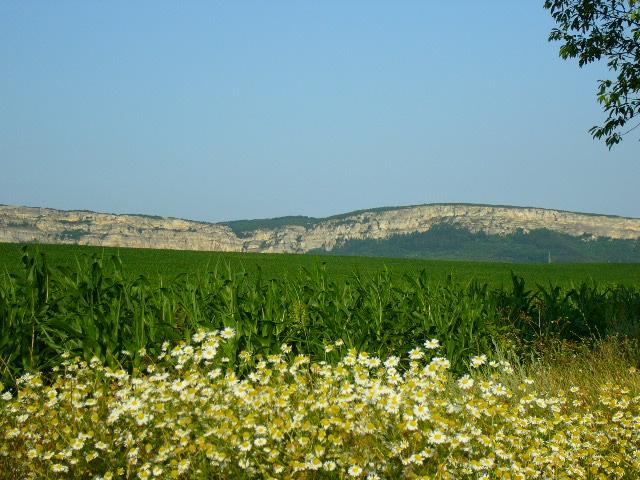 The town of Shumen  a fine blend of history and modernity

Lying right in the heart of a region, soaked with history and located on the crossroads of important trade routes, close to all major transport facilities, which are bound to foster a brisk local development, the town of Shumen is a fine blend of history and modernity. The latter combined with various nature and excellent conditions for active tourism make the region a place suitable for a holiday, permanent living and business.

The wealth of open-air archeological monuments dating from 4000 B.C. to the 15th century give reasons for researchers to call Madara the Bulgarian Troy. The most remarkable monument in the preserve is the unique rock bas-relief Madara Rider.

Unique Europewide, it is a sample of old Bulgarian art and symbolizes the power and greatness of the Bulgarian state. The Madara Rider is recognized by UNESCO as a World Heritage.

In the historical sciences Madara is also well-known as a religious center. Found here are sanctuaries, Christian churches, chapels. During the 14th century, in the rocks of the plateau, the biggest Bulgarian rock monastery was created with over 150 chambers. Today Madarà is one of the most visited tourist sites in the country.

Apart from being of great interest to the historians, the Madara Plateau appears fascinating even to an unprofessional eye  for its beauty, plenty of routes for climbing and tourism.

In the city there are several professional cultural institutions  a dramàtic theatre, philharmonics, a large library, several cultural centers, art galleries and a rich historical museum with contemporary exhibitions. The museums are complementary ranging from memorial house-museums and an archeological museum to the open-air museum Shumen fortress, rising on top of the Shumensko Plateau.

The theatre is located on a pedestrian alley, which in the summer is a favorite place for a short coffee break in one of the numerous open-air cafes, nestling between the shady trees along the main street.

One of the museum-houses dating back from the Bulgarian Revival  a period which was significantly forged by local artists and innovators. More cultural places of interest include the Drama and Puppet Theatre Vassil Drumev (the first one to be opened after the Liberation), the Public Philharmonic Orchestra, the Historical Museum, the Public Library Stilian Chilingirov, the Complex Founders of Bulgaria, the Youth Centre. The second biggest mosque on the Balkan Peninsula  a symbol of the rich pattern of cultures, coexisting on the territory of the region.

Since its founding, 3200 years ago, the region has been inhabited by Thracians, Romans, Byzantines, Ottomans, and Bulgarians. Their temples and traditions now merge into a colorful intriguing mixture. Two of the national sanctuaries the ancient capitals Pliska and Preslaw - are also located here.

Capital of the first Bulgarian state established by Chan Asparouh. Relics from monumental architectural objects are situated on an area of 23 km².

In the archaeological museum, conditions of life of the villages, the materials and the spiritual culture from the period VII  X centuries are shown.

Capital of the Bulgarian state from 893 to 972. In the archaelogical museum are masterpieces of the Bulgarian Golden age: Preslavian golden treasure, the ceramic icon St. Teodor, a golden stamp collection, authentic written monuments from IX  XI centuries.

Share
Euphoria Club Hotel & Resort - your paradise in Borovets!
Fully furnished studios, 1- or 2- bedroom apartments in a unique complex in Borovets. All-year-round complex with all needed facilities for your comfortable stay - lobby bar, reception, bar and restaurant, outdoor and indoor pool, SPA center, underground parking and many more. Choose your holiday home here! No buyer's commission! Suitable for rental income.
See More
Beach Villas on the Bulgarian Black Sea Coast
Searching for your own place in the sun?
Explore our selection of lovely houses and villas situated in the beach resorts and in the villages nearby! Prices with no competition in Europe!
See More
Properties in the Bulgarian Beach Resorts!
Check our selection of properties on the Bulgarian Black Sea Coast! Attractive prices starting from just 15,000 Euros for a furnished studio! Regular flights to Burgas and Varna international airports. Perfect for frequent visits, summer holidays and more.
See More
Follow us