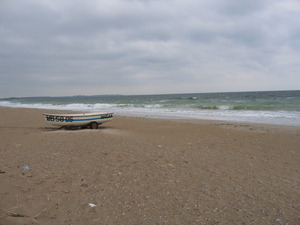 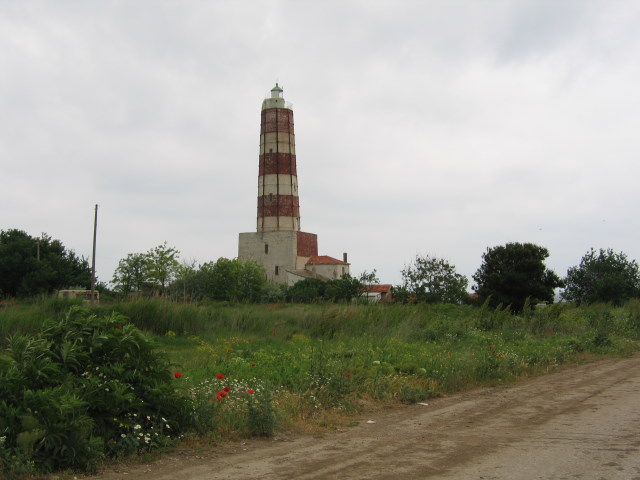 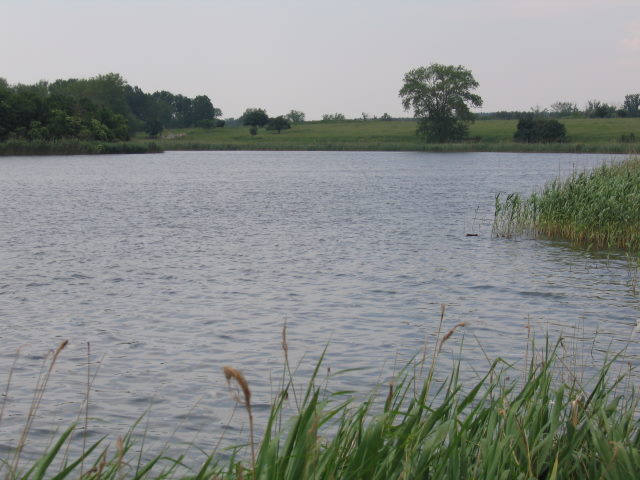 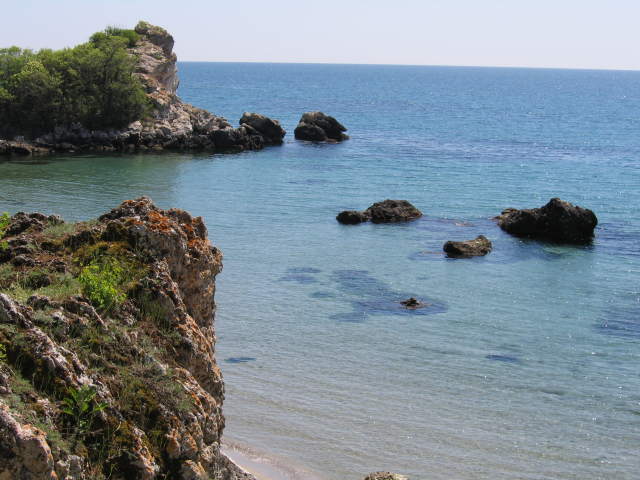 Shabla is situated in the northern part of the Black Sea coast and is famous for its clean and beautiful beaches. Its population 4,451 people.The city is only 24 km away from the Bulgarian-Romanian border and 66 km away from the country's third largest city, Varna and 536 km north-west of Sofia. It was officially proclaimed a city in 1969.

Shabla used to be an ancient Thracian settlement, then a Greek colony and later on the Roman town of Karia with a harbour was built in the vicinity of cape Shabla. In early Byzantine time, trade and crafts underwent brisk development. In later times the town fell into decay and only the fishing settlement was left. Apart from fishing and the crafts related to the sea, the town is also known for its agricultural production.

The archaeological excavations on the cape of Shabla are the most interesting sights for the visitors to the town. The foundations of an ancient Roman fortress are clearly visible: and although it was tiny in size, it was an important trading centre and a connection to the other harbours on the Black Sea coast. Three kilometers away from the town is the lake of Shabla where more than 100 000 wild geese nest; at the same time it is a wonderful place for fishing and recreation. The beach here is clean and pleasant for recreation. There is an old communal cultural centre, a museum collection and a small art gallery in the town. On 24th May each year a grand festival of folklore is held with songs, dancing and craft exhibitions.

Besides the Lake of Shabla, there is the Ezerets reservoir close to the town. At the fishing area of Krapets, (16km north east of the town) there is a camping site. The Durankulak Moor is further northwards and is famous for being a reserve for a number of marsh birds; some of them are registered in the Red Book of the species in Bulgaria. There is a camping site too. Quite near the town is the yachting club where the annual yacht-regatta along the Black Sea coast starts.

The town of Shabla is easily accessible by car or bus, as a first-class motorway from Varna to the Bulgarian-Romanian border passes through it.

The resort of Rusalka was established in 1968 in the famous Taouk Bay - the Bay of the birds together with the Mediterranean Club. This is a typical birds colony in a pretty rocky area near the sea. It is 14 km east of the town of Kavarna, 59 km north-east of Varna, 529 km north-east of Sofia and 1km away from the small village called St. Nikola. Several small bays offer different beaches - sand, pebbles, bigger stones and rocks. The underwater world is interesting due to the unique relief of the rocks. It is very popular with divers. There is a small bay with healing mud, yachting facilities, and an open theatre. The village of Kamen Bryag (Stone Shore) is in the vicinity of the resort and there are interesting rock formations, and wonderful rocky bays with a number of caves and reefs. This is a favorite spot for students, and independent tourists in search of privacy.

The cape stretches 2 km out to sea and consists of 60-70m-high limestone cliffs, the inaccessibility of which was the main reason for the construction of an ancient fortress named Tirisis there. The fortress was successively used by Tracians, Romans, Byzantines and Bulgarians. According to legends, the fortress was guarding the treasures of Lyzimah, successor of Alexander the Great. Today there are many remains of those ancient settlements, which can be seen in a small museum. One can also read about the legend telling the story of several Bulgarian girls who chose to jump from the high cape into the sea, rather than be captured and converted to Islam by the Turks.

The Kaliakra cape was declared a protected area in 1941. It is one of the few places where the rare species of monk seals ( found only in the northern part of the Bulgarian coast), were seen not long ago. A few decades ago, about 130 of these rare animals were counted in the area. Back in 1980, the protected area was expanded again and today it reaches 687 ha.

The Kaliakra Cape can be reached by car. There are also regular buses from Kavarna, and Balchik organized by tour agencies.

Kaliakra is a beautiful cape close to the Romanian border. Usually, it is the final stop of foreign tourists looking for pretty sights and interesting places to the north of Varna. Close to Kaliakra (12 km.) one can visit the town of Kavarna, which lies 60 km away from Varna.

Join us on a journey back to nature!
See More
Beach Villas on the Bulgarian Black Sea Coast
Searching for your own place in the sun?
Explore our selection of lovely houses and villas situated in the beach resorts and in the villages nearby! Prices with no competition in Europe!
See More
Follow us