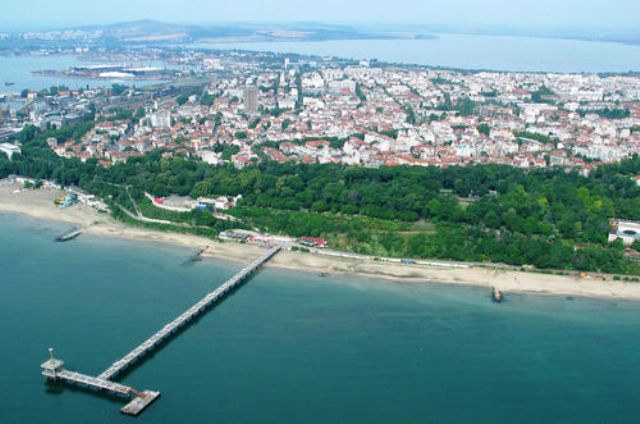 Russian company "Mostovik" will invest BGN 100 million (EUR 51.08 million) in the construction of a state of art oceanarium in Burgas. The project envisages construction of an aquarium with the Black Sea, Mediterranean and oceanic species, a dolphinarium, an aqua park, a SPA center, a tropical forest and an entertainment center.

The oceanarium will be located in the northeastern part of the "Lake" park by the sea, which is currently not in use. The facility should be built under a concession and the future investor will construct and maintain it, according to the project. The citys municipality held second public meeting of the committee on selection of concessionaire for construction.

"Mostovik-Burgas" joint venture was the only candidate for the grand project. According to the submitted offer the Russian company proposed to pay BGN 660,000 when signing of the concession contract and then commits itself to submit to the municipal budget 1% of the revenue from the project. The construction of the oceanarium is planned to start in October 2013 and to be completed in six years.

The investor presented its model for the new oceanarium. According to the computer graphics, the facility will be huge and will look like a model of the ocean.

The terrain designed for the modern aqua complex is sufficient to combine park with landscaping and adequate opportunity to build a combination of buildings, said officials from the municipality. It is located near the area that 30 years ago was designated as a dolphinarium. Officials said that the implementation of the project will contribute to the increase of tourists in the city. Its implementation will create new jobs.

View all our properties for sale and rent in Burgas

The virtual tours are taken personally by our team and are with guaranteed authenticity. We show you every detail of the property, just like being live in there!
See More
Vitosha View - an exclusive residential development in Sofia
Vitosha View is a gated complex at the foothills of Vitosha Mountain. It offers urban environment combined with the home atmosphere and the greenery of a beautiful garden. Vitosha View enjoys an attractive location and is perfect for investment in the Bulgarian capital.
See More
Follow us