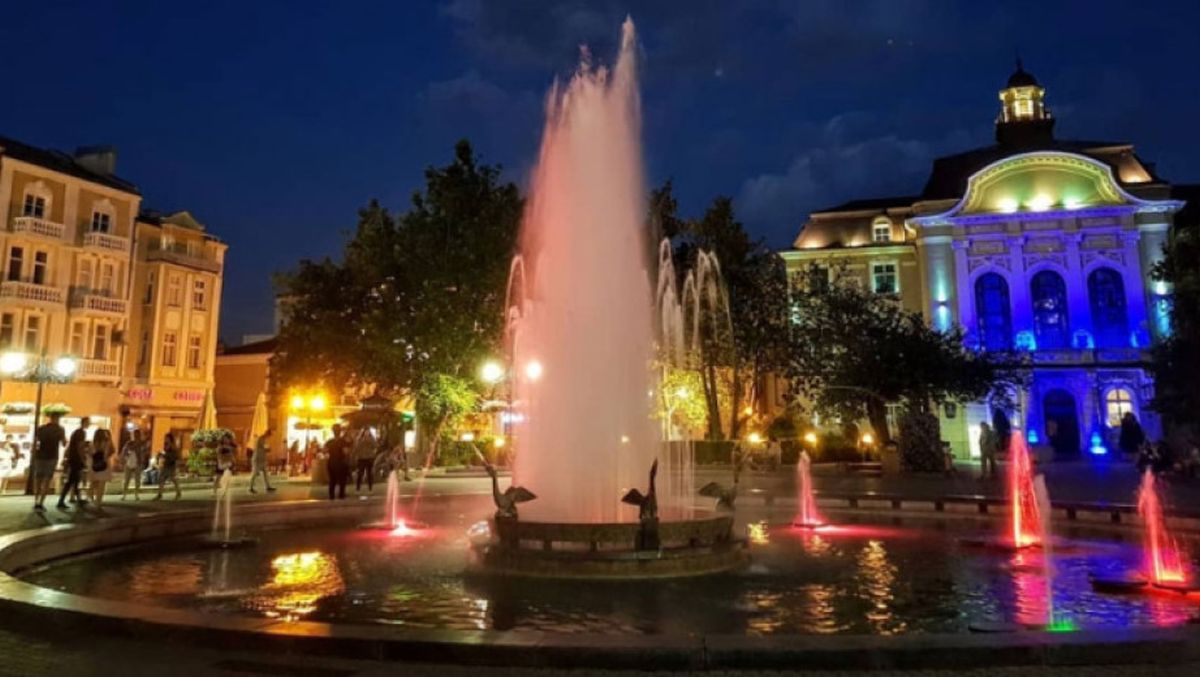 Victor Yankov: I hope that in 5 years people will still remember what happened in Plovdiv in 2019

In the past six months, since Plovdiv became European Capital of Culture, this Bulgarian city appeared on the European map with small, slow, yet steady steps, without blowing its own horns. Since the beginning of 2019 we managed to send key messages and enter the big European dialogue. The key to success is when the focus is on the cities, but the nationalities. This trend exists in all Europe, Victor Yankov who is in charge of the international relations of Plovdiv 2019 Foundation told Radio Bulgaria.

However, the results of the latest media survey show that Plovdiv is less recognizable than the Italian town of Matera which was selected together with Plovdiv to become 2019 European Capital of Culture back in 2015. In Victor Yankovs view, however, Plovdiv is a good example of how marketing helped this city attract various types of tourists. Currently, Bulgarias second-largest city is popularized thanks to its cultural identity and programme, rather than the all-inclusive tourist packages offered by the local hotels. Victor Yankov contends that the process of the so-called gentrification of the city is a very positive trend. This is a process of changing the character of a neighborhood through the influx of more affluent residents and business. The district area of creative industries Kapana situated in the heart of the ancient and eternal city is a good example.

With regard to the attitude of the local residents towards the tourists Victor Yankov commented that it is rather positive and that the famous Bulgarian hospitability attracts more tourists. In July life in Plovdiv continues at full speed and offers a series of interesting meetings and events to the fans of cultural diversity. The city hosts an international conference of the Francophone students whose previous editions were held in Budapest and Bucharest. 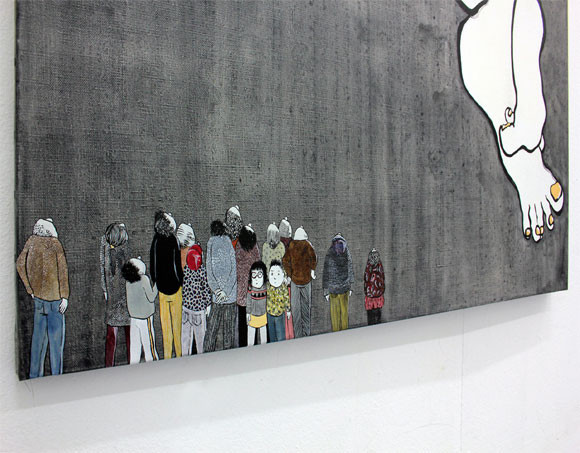 Besides, two world-famous graffiti artists Ella Besnainou and Loic Niwafrom Saint-Etienne (France) will leave their mark in the yard of the oldest school in Plovdiv named after the Holy Brothers Cyril and Methodius.

They are working on a graffiti image which covers an area of 5,000 square meters and is themed Together. The event is part of the festival of the Francophone students from Central and Eastern Europe held in Plovdiv under the motto Creative Together. Thus, in the course of 5 days (between July 1 and 5) a total of 100 students from 16 nationalities will be visiting Plovdiv. They get to know each others cultures.

The residents and the guests of Plovdiv can see the exhibition ABCs of Polish Design which will be on display until the end of this month. The exhibition presents the historical transformation of Poland in the past 100 years through 100 household objects, Victor Yankov explained. Most of them are sentimentally connected with their owners: alarm clocks, a ventilator, the Polish version of the popular Bulgarian bicycle Balkan and toys and some of them date back to 1918. 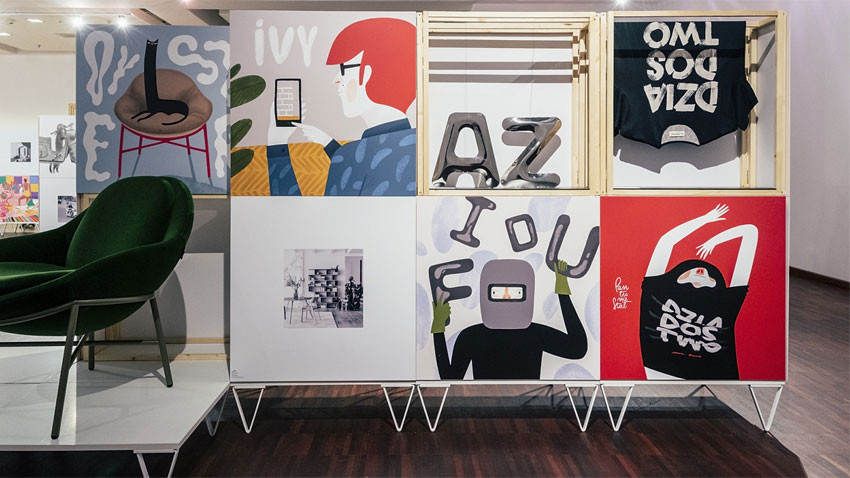 The summer programme of Plovdiv 2019 Foundation managed to gather nationalities from all parts of the globe, Victor Yankov pointed out and added that this was something we could hardly imagine 10 years ago. He voiced hopes that in 5 years people will still remember what happened in the city of the seven hills in 2019.

View our properties in Plovdiv region for sale and rent

Share
Belle Epoque Beach Residence
French style beachfront residence in the popular beach resort of Lozenets on the Southern Black Sea coast. The complex is completely finished and fully operational. There is a special offer for Summer'2019  guaranteed rental of 5% annually.
See More
Borovets Gardens 2 - the second phase of the popular complex
Feel at home in Borovets! Buy your own vacation apartment in one of the best rated complexes in this top mountain resort. Progressing construction with planned completion in December 2020 for the new winter season. A wide range of available apartments at attractive prices, suitable for rental income.
See More
Follow us 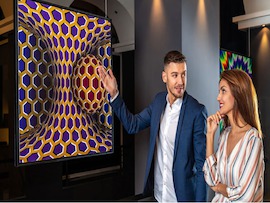 Regional news
Museum of Illusions has opened in Sofia

The Museum of Illusions in Sofia is part of a European group of museums founded in... 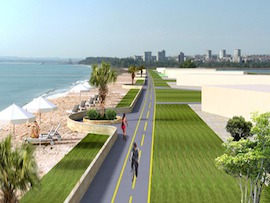 The future seaside garden of the resort of Lozenets will be connected with the Black Sea town of Tsarevo. This is what the mayor of Tsarevo municipality Georgi Lapchev told the Bulgarian National Radio. These were our long-term plans which we have already started to implement as a whole, he explained.

The cycling lane is expected to be extended from Tsarevo to Arapya in 2020, and c... 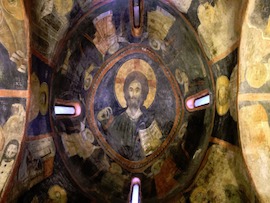 The 760th anniversary of the creation of the famous pre-Renaissance murals in the Boyana Church and 40 years since its inclusion in the UNESCO World Heritage List is marked this year. On this occasion, the National Museum of History and its "Boyana Church" section are holding an international conference dedicated to this iconic monument. The Boyana Church of St. Nicholas and St. Pant... 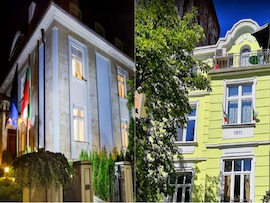 A total of 660 stories of noble Bulgarian families of industrialists, bankers, merchants, politicians and intellectuals and their homes have been collected by Mariana Melnishka in two volumes entitled Houses tell stories and Houses keep telling stories. Opening their covers, readers feel like entering a time machine, as the original chronicle takes them on an architectural walk across Bulgaria...