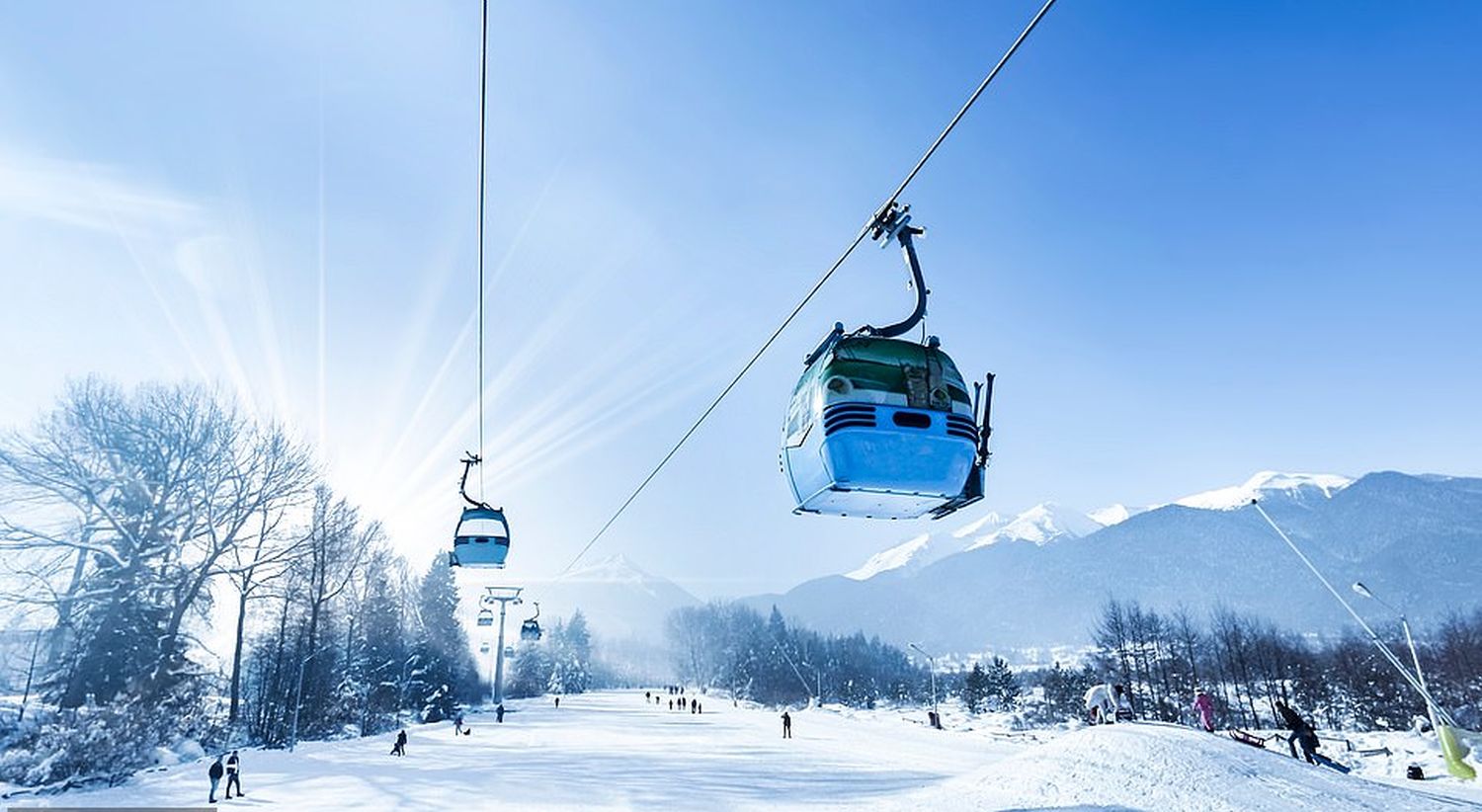 It beat the Italian resort of Bardonecchia, which is named as the second-best place for a pound-stretching ski holiday.

However, Italy is the cheapest country overall, boasting four resorts in the best value top five in this year's findings.

Bansko in Bulgaria, pictured, is the cheapest place in Europe to go skiing this winter, a new report by Post Office Travel Money has revealed

The ranking was revealed in the annual Post Office Travel Money Family Ski Resort report, which is produced with Crystal Ski Holidays.

To compile the list, researchers compared the cost of six days' ski and boot hire, lift passes and ski school plus lunch and drinks for two adults and two children for the same number of days to give a realistic view of what it will cost a family of four on a one week holiday.

The report found that prices have dropped by 0.3 per cent since last season in Bansko making it the best value resort by far of the 25 European ski resorts surveyed. 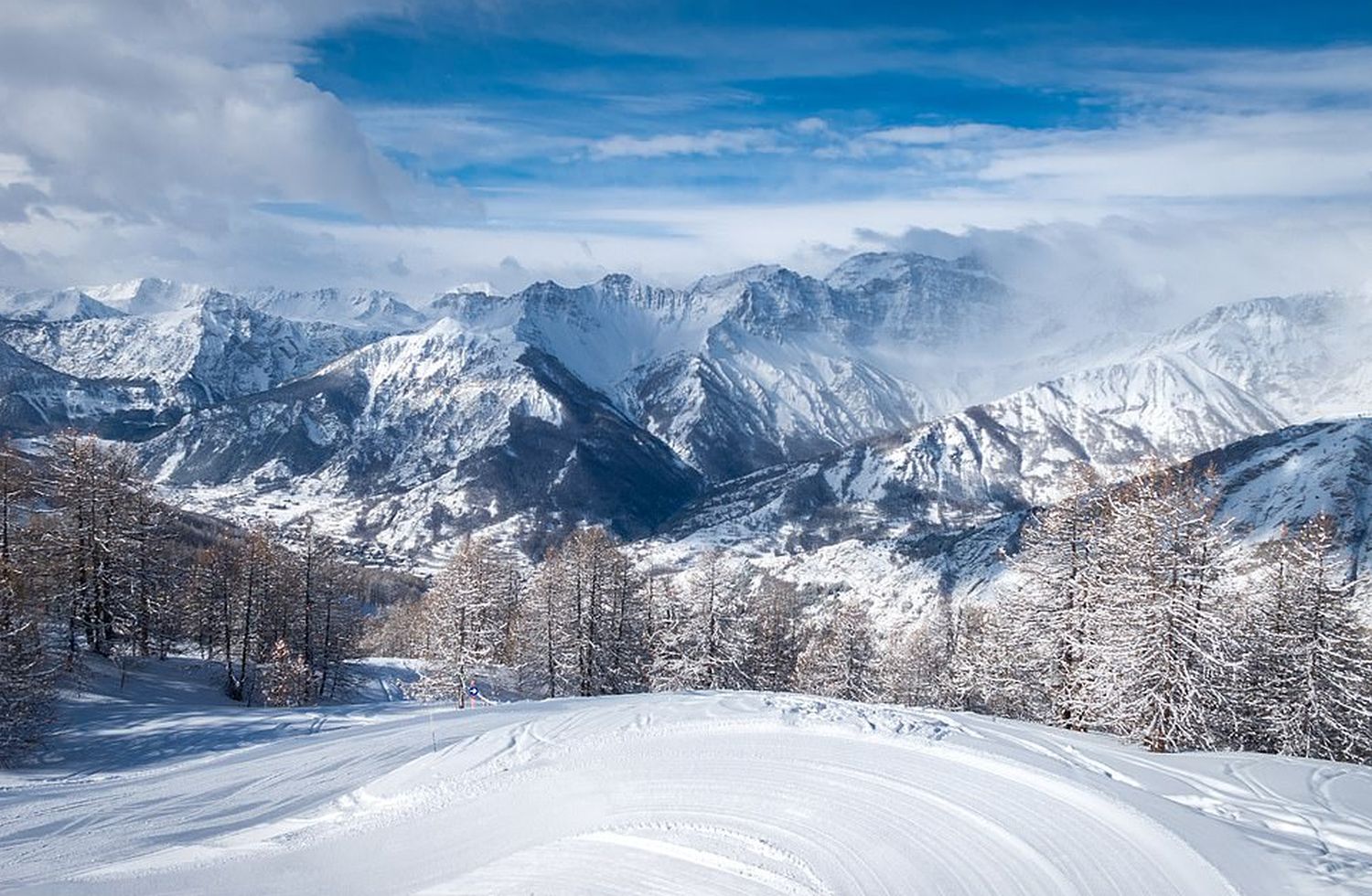 The Italian resort of Bardonecchia, pictured, is named as the second cheapest place to enjoy a getaway on the slopes. Italy is the cheapest country overall, boasting four resorts in the best value top five

A one week's ski holiday for a family of four costs £1,530 in Bansko, in comparison to £1,622 in Bardonecchia - which saw a 9.8 per cent rise placing it in second position.

Bardonecchia is one of four Italian resorts that dominate the top spots in the Family Ski Resort Report.

By contrast, none of the seven French resorts surveyed have made it into the leading 10 resorts.

Tigne, surveyed for the first time, was most expensive of the seven new additions at £2,547, while Morzine (£2,089) was highest-placed in 11th position and benefited from a four per cent price drop.

It was one of five other resorts surveyed this year where prices have fallen: Ruka (Finland), Les Deux Alpes (France), Saas Fee (Switzerland), Cervinia (Italy) and Bansko (Bulgaria).

Although there have been year-on-year price rises in 10 resorts, only two saw percentage increases in double digits.

Prices have risen by 11 per cent in Grindelwald (£2,773, 23rd place), while Kranjska Gora (£1,830), previously rated cheapest in the 2016 Family Ski Resort Report, has fallen to sixth place this season after registering the biggest increase of 11.8 per cent.

This is because tuition costs in the Slovenian resort have been very low in the past but have risen from £355 last year to £527 after ski school hours were extended from two to three hours.

The most expensive ski resorts proved to be Kitzbühel and Saas Fee, with prices close to twice as high as in Bansko

Nick Boden, head of Post Office Travel Money, said: 'While Bansko offers unbeatable value overall for families on a tight budget, resorts in the Italian Alps are a great choice for a pound-stretching ski holiday. With few exceptions, we found that Italian ski resorts were cheaper than in Austria, France or Switzerland.

'It is also worth noting that some ski essentials are cheaper in Italian resorts than in Bansko. For example, a week's family ski lift pass costs less in Bardonecchia, Sestriere and Claviere, while ski and boot hire is cheaper in Passo Tonale. It all depends on what you need to pay out for.'

He added: 'Families planning to take a ski holiday are most likely to do so in the school holidays at Christmas or half term so now is the time when they will be choosing where to ski. With price falls in some resorts and limited increases in others, it will pay to do some homework before booking to find the best value and it is also worth considering whether to switch to cheaper options in Italy and Eastern Europe. Another money-saving option could be to avoid half term and plan an Easter break instead.'

Check out our top properties in Bansko ski resort