From 2000 to 2008, Bulgaria had a house price boom, with residential property prices surging around 300%. The bubble burst at the end of 2008. The housing market started to recover in 2014 and house prices have been rising since. 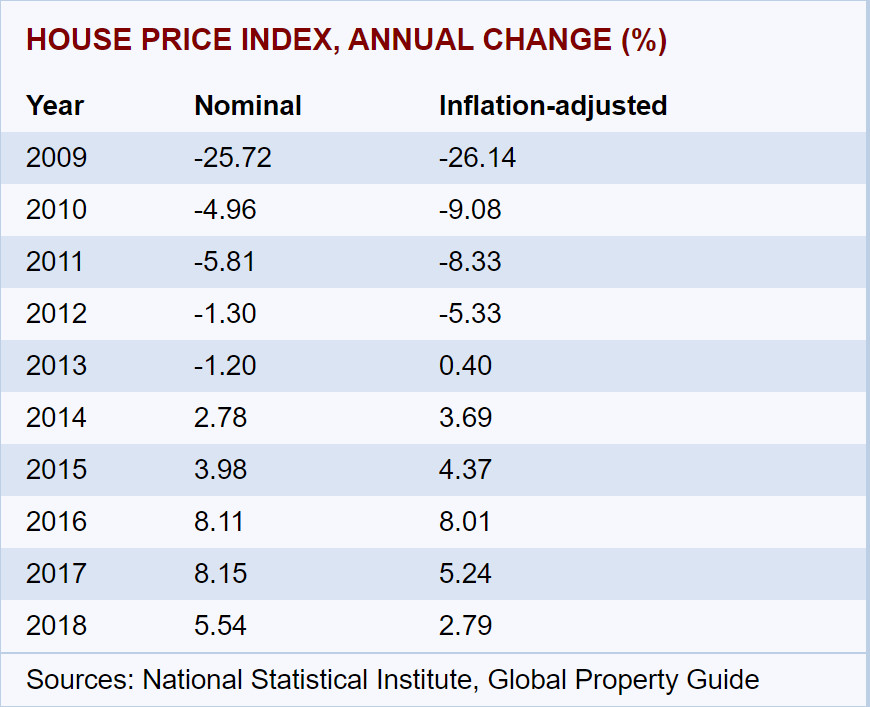 Demand for properties in the major cities continues to grow, and supply is increasingly limited by low levels of new construction.

The shortage in the supply of completed projects continued during the [first half of 2019]. As a result, 60% of the residential units under construction were pre-sold, said Colliers International.

European Union citizens can purchase properties in Bulgaria, including land. Before January 2012 foreigners could purchase land only in the name of a legal entity and were not allowed to own a property.

Most sought-after locations in Sofia

Sofia, Bulgarias capital city, remains one of the most preferred locations in the country. In H1 2019, the average sales price ranged from 145,000 to 180,000 for two-bedroom apartments and from 210,000 to 250,000 for three-bedroom apartments, according Colliers International. Prices of houses start at 450,000.

Sofias Southern districts are currently experiencing strong interest from both locals and foreign buyers. In Lozenets and the city center, demand remains high despite that fact that these locations have the highest property prices in the country, ranging from 1,500 to 2,000 per sq. m. Strelbishte and Gotse Delchev are also preferred neighbourhoods with property prices between 1,100 and 1,400 per sq. m.

The Krastova Vada and Hladilnika districts, particularly along the Cherni Vrah Boulevard and around the Paradise Center shopping mall, are also popular because of their amenities, trade centres, improved infrastructure, proximity to Vitosha Mountain and the future opening of metro stations. The average residential property price in Kraskova Vada currently stand at about 1,200 per sq. m.

In Sofia, there were 5,641 property sales in Q1 2019, up slightly from a year earlier, according to the Registry Agency.

The other two big ski resorts in the country, Pamporovo and Borovets, also recorded strong increases in sales volumes of at least 10% in 2018 from a year earlier.

This shows that the ski resort property market in Bulgaria is already active all-year-round, and during the summer months there is a particularly high demand for property to buy, said Polina Stoykova, the Executive Director of Bulgarian Properties.

The main reasons for the increasing attractiveness of the properties in the ski resorts are the attractive prices on one hand, which are the best in Europe, and on the other hand - the improving infrastructure, the easy and fast access from the big cities, the accumulated experience in the management and maintenance of the complexes and above all - the ski resorts in Bulgaria have turned into all-year-round resorts, Stoykova added.

Only about 40% of property buyers in Bansko are Bulgarians and the rest are foreigners. This is in contrast to Borovets and Pamporovo where almost all buyers are Bulgarians who live in Sofia and other major cities.

Investors are looking for investments that provide capital gains and rental returns. Holiday homes in ski resorts are now considered attractive as rental income investments. Most properties are purchased for cash.

For BGN-denominated loans, in July 2019:

For Euro-denominated loans, in July 2019:

Bulgarias mortgage market is now showing signs of improvement, after several years of decline. In July 2019, there were about BGN353 million (180.5 million) new housing loans drawn, up almost 32% from the same period last year. More than 94% of the new housing loans are BGN-denominated loans, with IRF of up to 1 year.

Total outstanding housing loans increased strongly by 11.8% to BGN 11.13 billion (5.7 billion) in Q2 2019 from the same period last year, according to the Bulgarian National Bank.

The mortgage market experienced massive expansion during the boom years from just 0.38% of GDP in 2000.

Sofia has moderate to good gross rental yields - i.e., the rental return on a property if fully rented out, before all expenses. Yields in the centre were around 6% in 2018, almost unchanged from a year earlier, based on recent Global Property Guide research. Yields a little further out are similar.

Doctors Garden, Ivan Vazov, Iztok and Lozenets are among the most sought after addresses in the centre. Embassies, museums and universities are located here. These areas also have many parks and green spaces, making them popular with expats.

In the southern part of Sofia in Vitosha Mountain (or in the vicinity) are prestigious suburban neighborhoods like Boyana and Dragalevtsi. Though new developments being built here are increasing the stock of rental apartments, we find better yields here on the very smallest apartments, with yields stretching up to 6.4%.

The Global Property Guide was not able to provide yields in Bulgarias beach and ski areas, because rents in these areas are highly seasonal.

Transaction costs in Bulgaria are moderate, and more or less evenly split between buyer and seller.

In H1 2019, the average monthly rent ranged from 950 to 1,200 for two-bedroom apartments in Sofia and from 1,300 to 1,600 for three-bedroom apartments, according Colliers International. Rents for houses start at 2,000 per month. 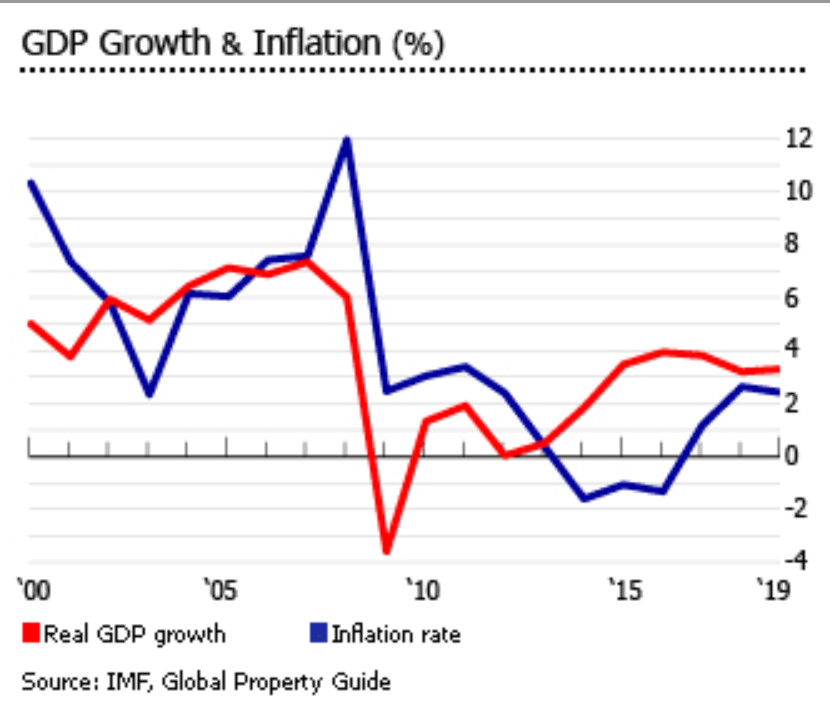 The original publication is available here

Check out our properties in rural countryside

Share
Beach Villas on the Bulgarian Black Sea Coast
Searching for your own place in the sun?
Explore our selection of lovely houses and villas situated in the beach resorts and in the villages nearby! Prices with no competition in Europe!
See More
Belle Epoque Beach Residence
French style beachfront residence in the popular beach resort of Lozenets on the Southern Black Sea coast. The complex is completely finished and fully operational. Check out the last available apartments for sale.
See More
Follow us