Properties and real estate in Bansko for sale and rent

The town of Bansko is situated in Southwestern Bulgaria, at the foothills of one of the most beautiful Bulgarian mountains - Pirin, which is a national reserve, included in the World Natural Heritage list. Bansko is a ski-resort of national significance, much visited also in summer as a starting point for excursions in the mountain.

Bansko is more than just a ski and snowboard playground. The town and surrounding forests are also a centre for trekking, tourism, nature and over 100 cultural and historic monuments. The resort heartily welcomes the winter and summer tourist in equal measure. In recent years, the town has gained international popularity after the start of the annual Bansko Jazz Festival and consequently the annual Bansko pop-star concert featuring top pop stars. The nearby village of Banya, located only 5 km from the town, is known for its 27 thermal mineral springs.

Bansko's architectural heritage is best seen in master builder, woodcarver and painter Velin Ognyanov's work. He rebuilt the Sirleshtova House in the late 18th century and the Velyanova House around the turn of the 19th century.

From Bansko one can go to many interesting places. To Melnik and Rojen Monastery, to Sofia, Plovdiv and Bachkovski Monastery, to Sandanski and Velingrad, to Rila mountain (40 minutes by car) Borovets (20 minutes by helicopter) for a day skiing in another resort and Rila Monastery.

According to BULGARIAN PROPERTIES 2009 market analysis prices of properties in Bansko fell by an average of 40% on an annual basis. According to the companys data at present asking prices in Bansko start from about 500 EUR/sq.m. making the holiday homes in Bansko affordable to everyone.

For sale
2-Bedroom House With Panoramic Views Bansko Cosy home with a fireplace and mountain views We are offering for sale an excellent house in Razlog. The property has a garage, fireplace and opens to magnificent views of the forest and mountains. The distribution of the total area of 105 sq.m. is functional and comfortable. Available are: First floor  Living room
€ 84 950
105.00 m2 (809€/m2)
Type of property: Houses 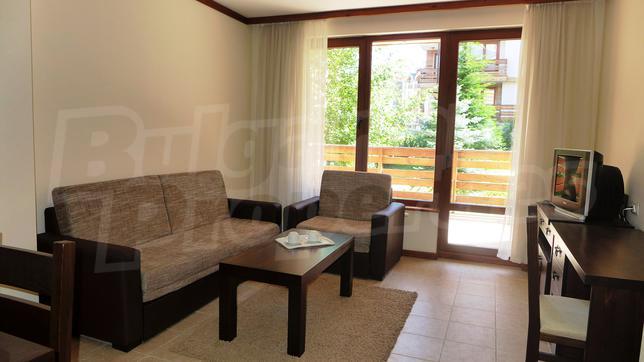 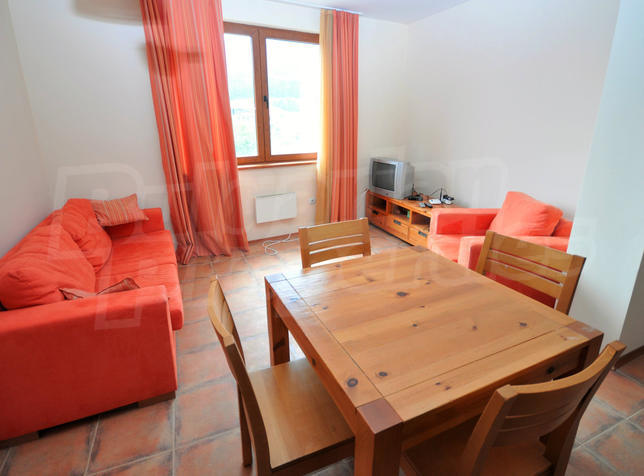 For sale
SOLE AGENT
Large 2 Bedroom Apartment in Murphys Lodge  Bansko Bansko Fully furnished apartment within easy walking distance to ski lift and restaurants Panoramic two-bedroom apartment in Murphys Lodge Complex, a 10-minute walk from the Gondola lift and a few steps from the shopping street with bars and restaurants, opposite the 5* Lion Hotel with access to its SPA cener. There is ski equipment and bicycles for rent available on
€ 32 500
90.00 m2 (361€/m2)
Type of property: 2-bedroom apartments 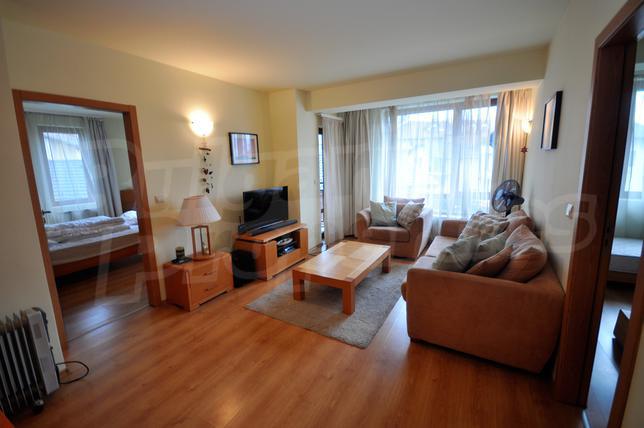 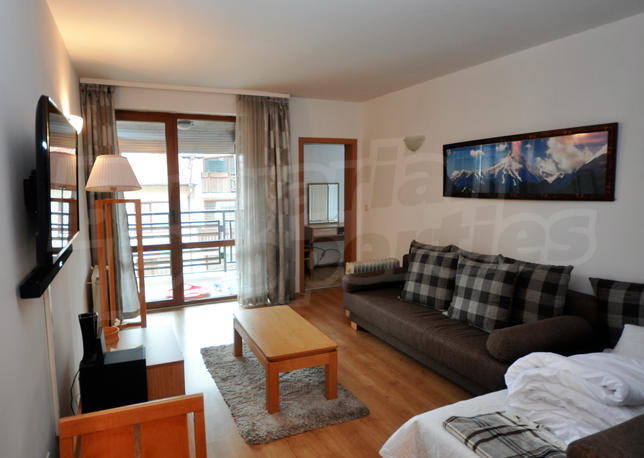 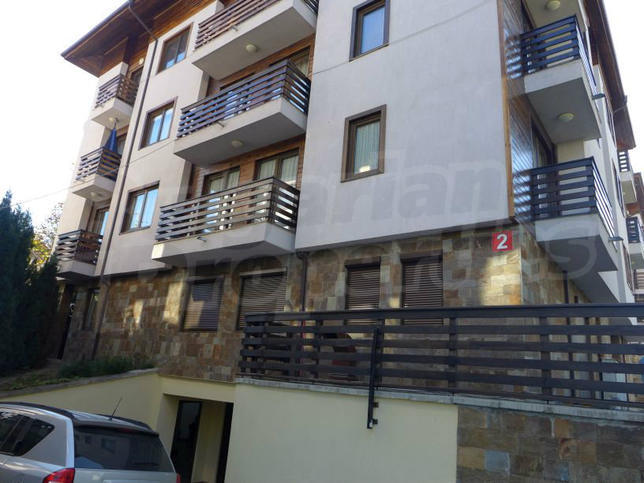 For sale
Reserved
Furnished 1-bedroom Аpartment in Bansko Bansko Well-maintained home in a quiet area of a ski resort Fully furnished 1-bedroom apartment in a well-maintained residential building with solid construction, located in the central part of the city. Nearby are all daily amenities - shops, cafes, restaurants, schools and more. The apartment is facing south and is located on the 1st
on request
60.32 m2 (401€/m2)
Type of property: 1-bedroom apartments 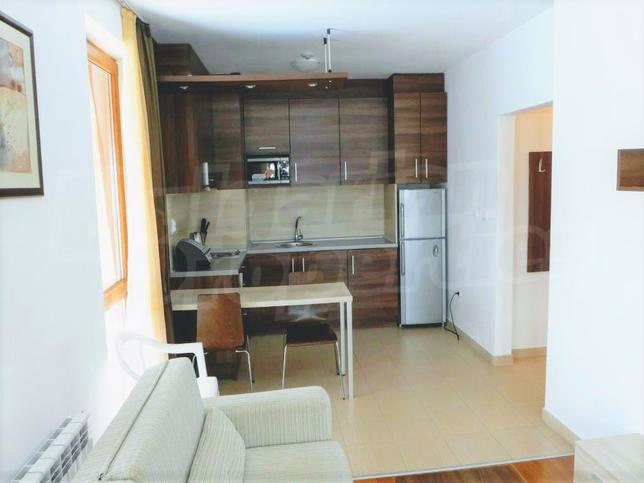 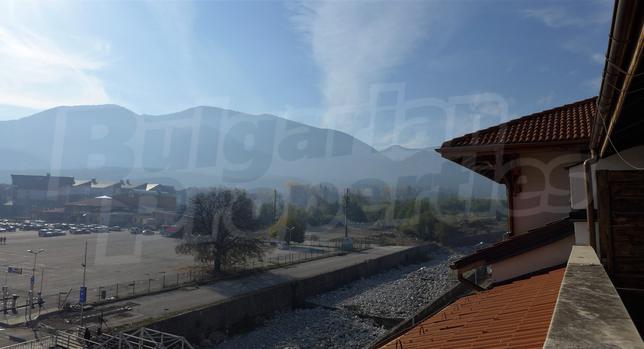 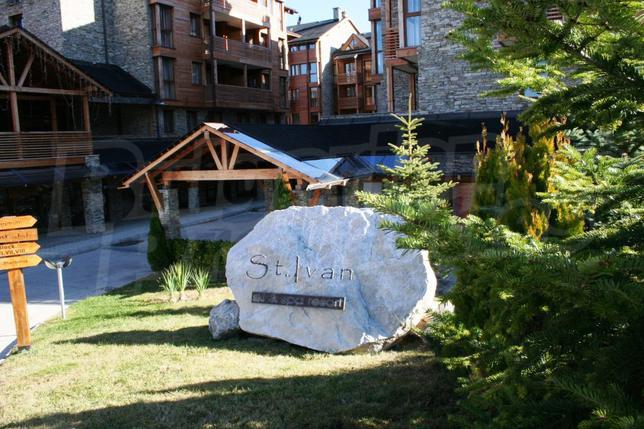 For sale
St.Ivan Ski & Spa - Bansko Bansko , St.Ivan Ski & Spa Resort One bedroom west facing apartment in complex with owners association Fully furnished one bedroom apartment in a gated St. Ivan Ski & Spa, at the foot of Pirin Mountain in the southern part of Bansko resort, east of the ski slopes. The complex consists of eight blocks of apartments and a hotel. The high and terraced location of the complex offers
€ 27 500
56.70 m2 (485€/m2)
Type of property: Apartments (various types) 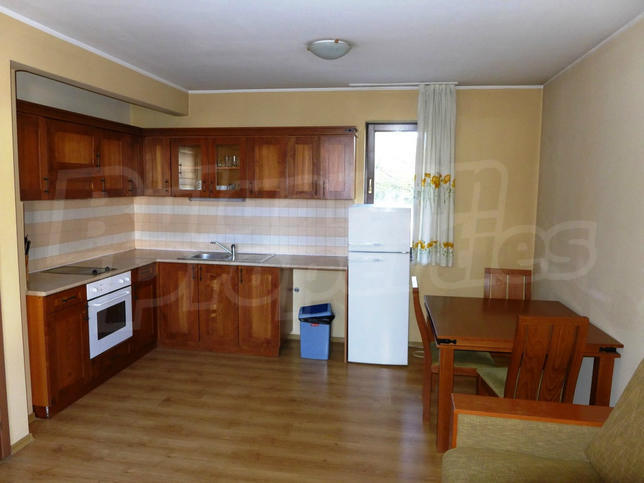 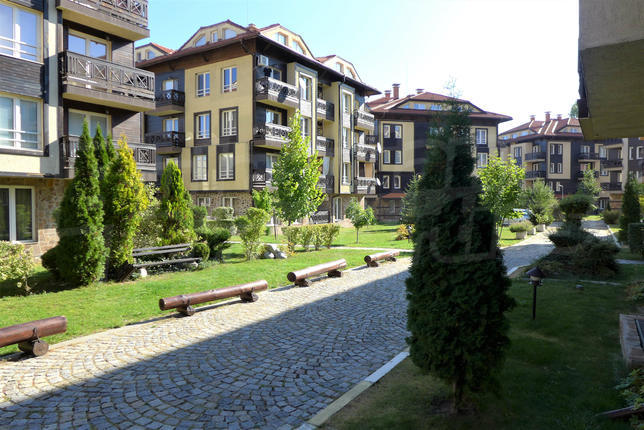 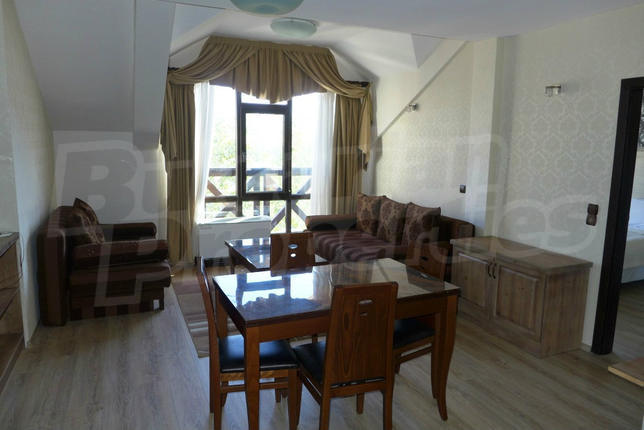 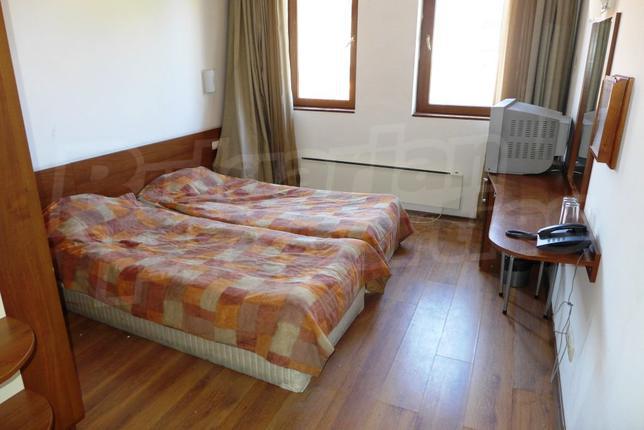 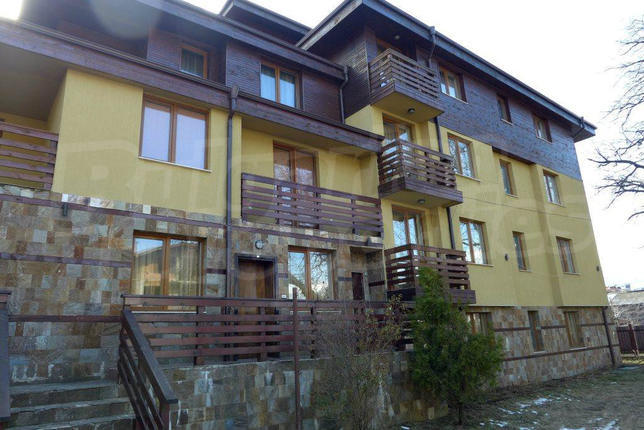 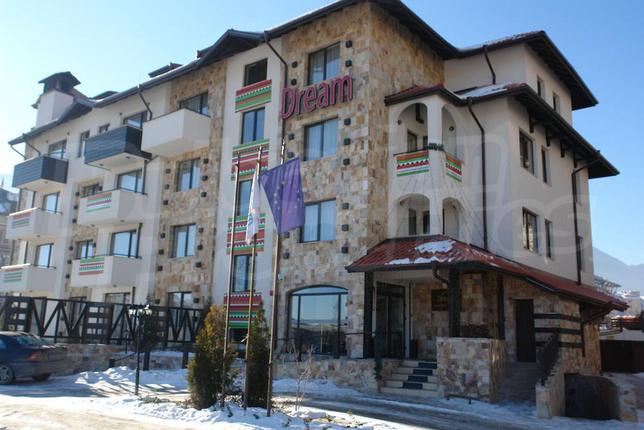 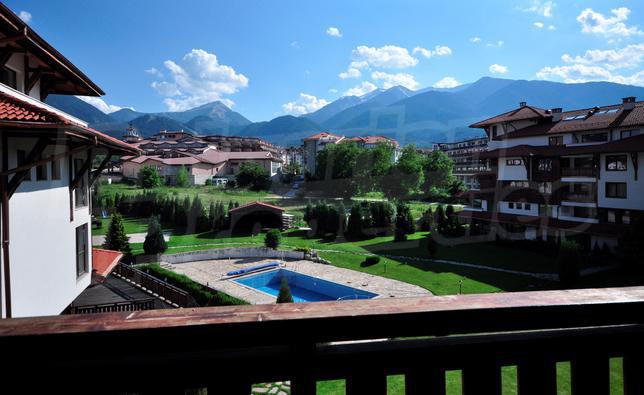 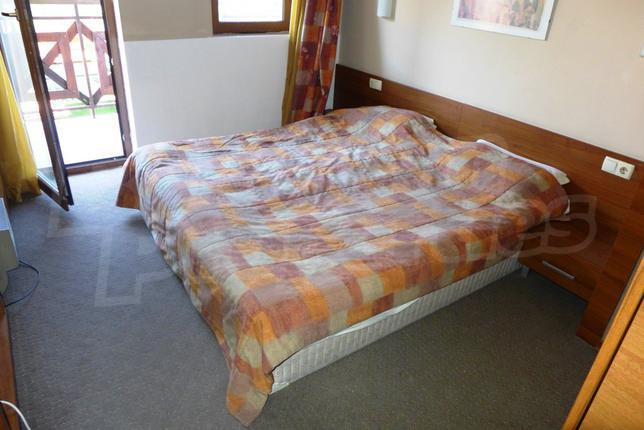 For sale
Fully furnished studio in a low maintenance complex in Bansko Bansko Holiday property in Banderitsa complex Furnished studio located in Banderitsa complex in the picturesque town of Bansko. The complex is built in the center of Bansko, offering excellent conditions for year-round recreation. It features very convenient location, 5 minutes walk from the Old town and 900 meters from the
€ 17 500
24.50 m2 (714€/m2)
Type of property: Studios 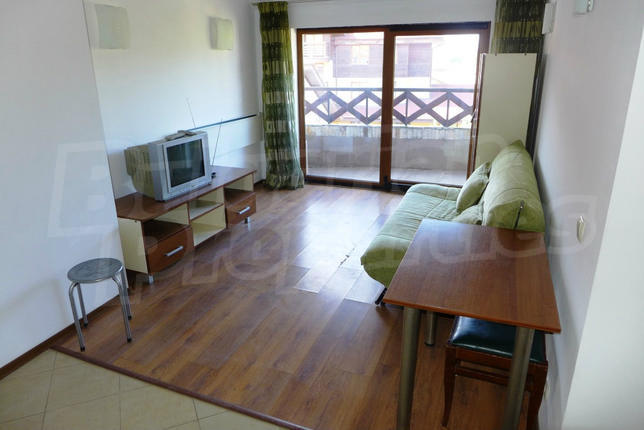 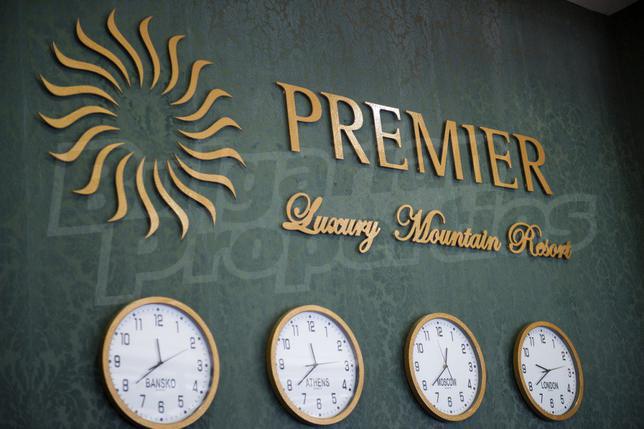