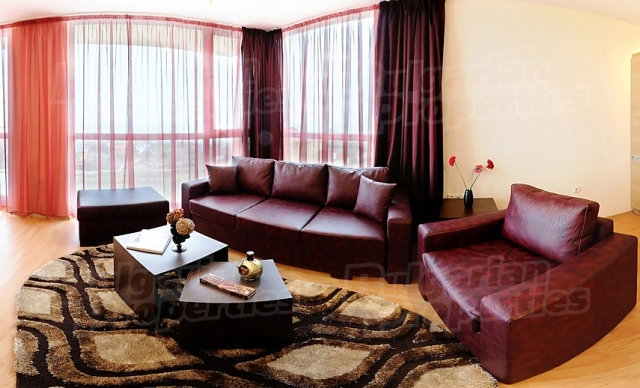 1. Price statistics according to NSI data

On 22.07.2011 the Bulgarian National Statistical Institute (NSI) announced its data for 2Q 2011 for the prices of apartments in the regional cities around the country. Statistics shows that the decrease in the prices continues but now it is still slowing down as in most cities it is about 5%. This is also what the data of BULGARIAN PROPERITIES show which we announced in the beginning of July in our 2Q 2011 market analysis. 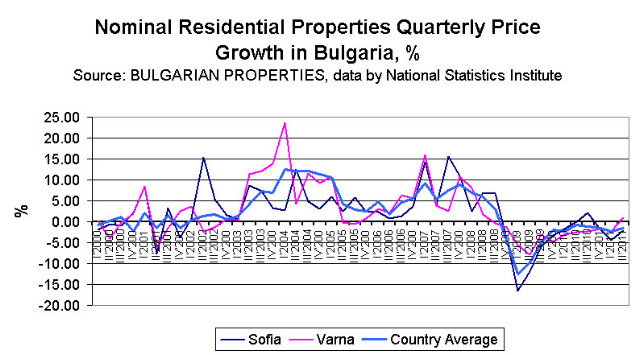 The data for apartment prices in the big cities around the country is as follows:

Nominal and real change of prices compared to the previous quarter:

Nominal and real change of prices compared to the same quarter of the previous year:

The decrease in prices compared to the previous quarter is between 1 and 5% as the biggest price drops are registered in Veliko Tarnovo, Vidin, Gabrovo, Plovdiv, Stara Zagora and Yambol. The drops year-on-year are bigger (between 5 and 15%) as the market entered a phase of price stabilization in the second half of 2010.

2. According to the Registry Agency the number of property deals in Bulgaria has increased

The number of realized deals with properties in Bulgaria has increased by 38% in the first half of 2011 compared to the same period in 2010.

According to the recently published data of the Bulgarian Registry Agency for the sales of properties in 1Q and 2Q of 2011 for the first time since the beginning of the crisis the number of concluded property deals is increasing. BULGARIAN PROPERTIES announced similar data in our analysis of the last quarter as we interpret the increase in the number of sales as the first positive signal for the beginning of recovery of the real estate market. That is also what we expected and forecasted for 2011  the number of sales to start increasing at relatively stable prices. 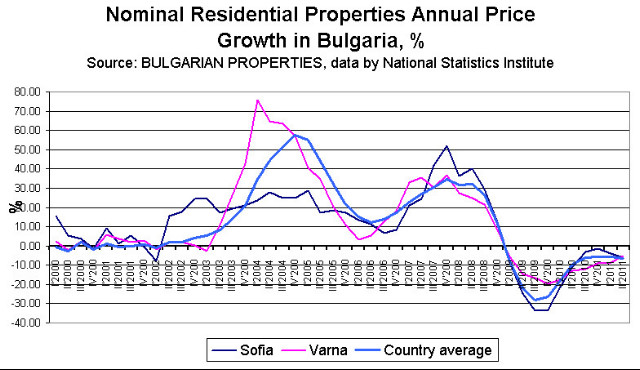 According to the data of the Registry Agency the number of realized property deals has increased by 48% in the 2Q 2011 compared to a year earlier, as in the 1Q 2011 the annual increase in the number of deals was twice as less  23% which means the last quarter was the most successful for the Bulgarian property market since the beginning of the crisis. There is a record growth in the number of sale in the 2Q 2011 compared to the 1Q 2011  the volume of deals has rocketed by 92%.

The biggest increase in the number of realized sales is to be found in Northwestern Bulgaria in the regions of Vidin, Montana, Lovech, etc, around Dimitrovgrad and in Northeastern Bulgaria. This is mainly due to the great number of agricultural land deals. The main buyers are farmers, investment funds and individual investors. 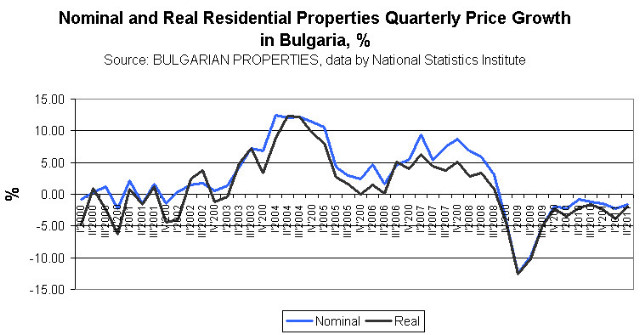 The virtual tours are taken personally by our team and are with guaranteed authenticity. We show you every detail of the property, just like being live in there!
See More
Borovets Gardens 2 - the second phase of the popular complex
Feel at home in Borovets! Buy your own vacation apartment in one of the best rated complexes in this top mountain resort. Progressing construction with planned completion in December 2020 for the new winter season. A wide range of available apartments at attractive prices, suitable for rental income.
See More
Follow us