26.07.2012 First growth of apartment prices in Bulgaria since the beginning of the crisis 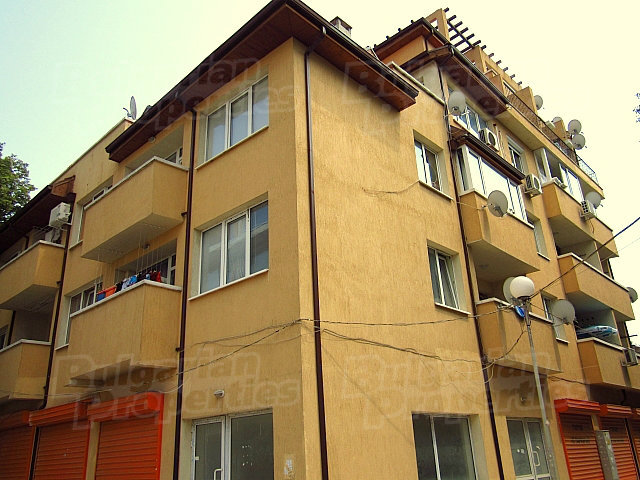 The newest data of the National Statistics Institute (NSI) about the apartments in the big cities in Bulgaria in the second quarter of 2012 shows that for the first time since the beginning of the crisis there was a small positive price growth of 0.2% on a quarterly basis.

This confirms the recently released analysis of BULGARIAN PROPERTIES for the second quarter of 2012, according to which the property prices in Bulgaria have remained stable over the past few months and the process of stabilization of the Bulgarian property market, which started in the second half of 2011, continues. The latest NSI data also confirms our forecast from December 2010 with a slight delay due to the deepening of the Eurozone crisis during the second half of 2011.

Good news is that even the highest quarterly price drops are within 5% and prices in half of the biggest cities in Bulgaria have grown over the past quarter with between 0.5% and 3%.

On an annual basis (compared to 2Q 2011) prices of apartments have decreased by an average of -2.6%. The real drop in average apartment prices after inflation (calculated with the Harmonized Index of Consumer Prices HICP) is -0.11% compared to the previous quarter and -4.36% year-on-year (compared to the same quarter in 2011). 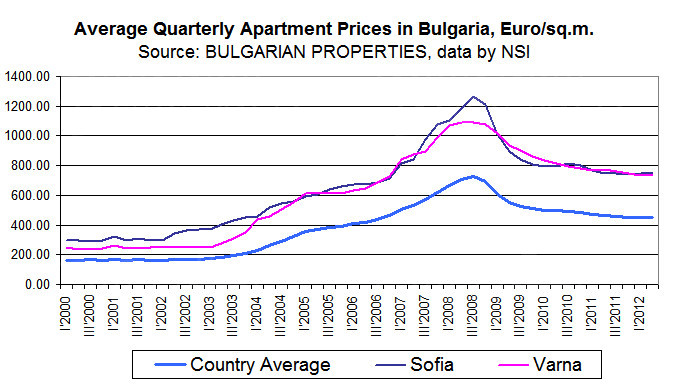 According to NSI data the average price of an apartment in Bulgarias regional cities in the second quarter of 2012 is 453 Euro per sq.m. (about 1 Euro more compared to the previous quarter) and prices in the capital Sofia are still the highest among the big cities. The prices at which apartments in the big cities were sold in the second three months of 2012 are as follows: 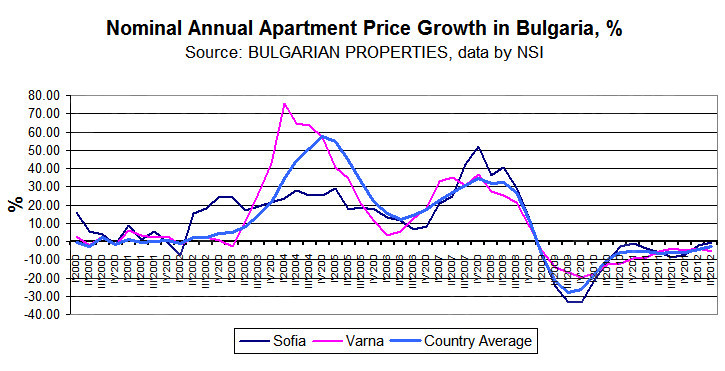 The detailed data for of the changes in apartment prices in the big cities around the country in 2Q 2012 is as follows:

Nominal and real change of prices compared to the previous quarter:

Share
Properties in the Bulgarian Beach Resorts!
Check our selection of properties on the Bulgarian Black Sea Coast! Attractive prices starting from just 15,000 Euros for a furnished studio! Regular flights to Burgas and Varna international airports. Perfect for frequent visits, summer holidays and more.
See More
Vitosha View - an exclusive residential development in Sofia
Vitosha View is a gated complex at the foothills of Vitosha Mountain. It offers urban environment combined with the home atmosphere and the greenery of a beautiful garden. Vitosha View enjoys an attractive location and is perfect for investment in the Bulgarian capital.
See More
Follow us