03.02.2012 Annual analysis of the Bulgarian real estate market: optimism and more deals on the background of a continuing property price drop 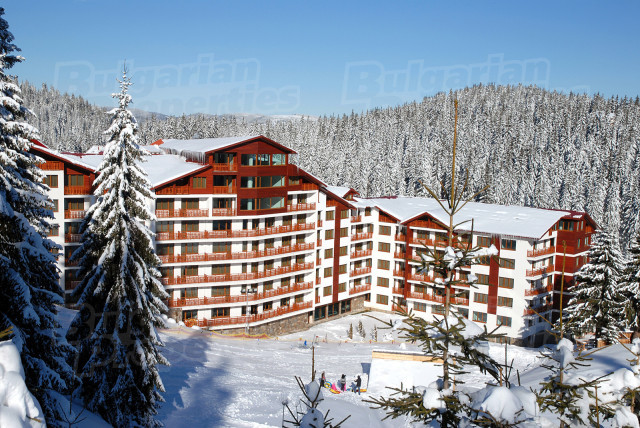 The economic recovery and the economic growth that started at the end of 2010 brought optimism and helped the Bulgarian real estate market make the first tentative steps towards a recovery from the crisis in the first half of 2011. This was backed up by the slowdown of the price decrease, the increase in the number of property deals and the lower interest rates under mortgage loans.

According to data of BULGARIAN PROPERTIES the property price drop based on actual concluded deals continued well into 2011 and this drop was an average of 8% year-on-year. To compare, the average property price drop the company reported in 2010 was 8.3% and in 2009  36%.

2011 in numbers:
 8% average decrease of prices of residential properties* in the country compared to 2010
 15% increase in the number of concluded deals with properties around the country compared to 2010
 10% decrease of prices of Sofia apartments. The most sought after apartments are those up to 50,000 Euro
 Decrease in the prices and number of sales in the resort of Bansko
 6% decrease in the average prices of sold apartments in Sunny Beach and a 20% increase in the number of sales
 Prices of rural houses returned to their 2005 levels, but now there are 90% less deals
 Russian buyers continue to be the most active foreign property buyers
*residential properties include properties in the big cities, holiday homes and rural houses

The property market in the capital Sofia was very dynamic in the first half of 2011 when the number of sales increased for the first time since the beginning of the crisis. This local market was the first to react to the positive trends at the beginning of the year and started the trend of an increase in the number of deals around the country. Regretfully, this trend was not stable and the signals of a deepening crisis in Europe and the negative trends and news during the summer of 2011 had a negative impact on buyers of Sofia properties. From the end of the summer the activity in the segment decreased and the number of deals returned to their 2010 levels.

According to BULGARIAN PROPERTIES data for 2011 the average prices of concluded deals as per quarters are as follows:

There is interest mainly in cheap apartments and prices of properties bought in the last few months rarely exceed 50,000 Euro. The change in the demand leads to a change in the mix of bought properties and this leads to a higher price drop than the actual decrease, which is about 10%.

About 20% of the sales in Sofia are with properties in gated developments  mainly apartments whose price is over 70,000 Euro. About 25% of the deals are with newly-built apartments in the residential quarters along Bulgaria Boulevard  Borovo, Buxton, Manastirski Livadi. There is also increased interest in apartments in more unpopular residential quarters like Krasna Polyana, Ovcha Kupel, etc. in the western part of Sofia.

With index value of Sofia apartments of 100 in November 2008 in December 2011 it is already 57.16 which shows a decrease of over 40% in the listing prices compared to their highest value exactly 3 years ago, as the same drop is also registered based on actual concluded deals. The average asking price of apartments in Sofia in 2011 is 923 EUR/sq.m. as the asking prices fell under the psychological barrier of 1,000 EUR/sq.m. as early as January. According to the data from the BULGARIAN PROPERTIES site (www.BulgarianProperties.com) in December the average asking price of apartments in Sofia is 854 EUR/sq.m.

THE OTHER BIG CITIES

The interest in properties in the other big cities around the country was relatively stable in 2011 but the trend for demand of cheap apartments was also present, which led to a continuing price drop. According to BULGARIAN PROPERTIES data the average prices of sold apartments in some of the big cities are as follows:

NSI data about apartment prices in the big cities in 2011 is as follows:

It is clear that the price drop trend continues in these cities as well, but compared to previous years it has slowed down. The lowest price drop is registered in Bourgas  2.2% and the biggest is in Veliko Tarnovo  10.8%. For Varna and Plovdiv the decrease is about 6%.

As for luxury properties, according to agency LUXIMOTI there arent many deals, but prices of elite properties remain stable. As there is almost no construction of new properties and developments in the elite segment the supply of such properties will be limited in the next few years and they will stand out from the other properties by becoming more and more elite.

In 2011 most deals in the beach property segment were concluded along the Black Seas southern coast and mainly in the area of the resort of Sunny Beach.

What is interesting is that property prices in the neighboring resort of Sveti Vlas remain relatively high even during the crisis. Prices there have not dropped to under 1,000 EUR/sq.m. in the last 3 years and at present they are higher than even those in Sofia and Varna. This makes Sveti Vlas a resort with stable property prices and possibilities for investing in quality real estate. It is also one of the few resorts with well developed infrastructure.

In general, it is Russian clients who are most interesting in buying beach properties as they have a choice of very attractive offers  finished and furnished beach apartments that are ready to live in at prices up to 40,000 Euro.

2011 was not a very successful year for ski holiday properties and for properties in Bansko in particular, it being the largest and most developed market for such properties. After the slow winter season prices of apartments in Bansko fell, as in 2011 they lost 25% of their value and now there is a wide choice of truly bargain apartments on the market.

In general, it can be said about holiday homes that since the beginning of the crisis prices of apartments in the resorts have dropped by 50% and the markets in Sunny Beach and Bansko are similar in terms of demand and prices, but at the moment the Russian buyers (who are the main players on the Bulgarian holiday home market) are not as interested in Bansko.

After stabilization in the interest in rural properties and an increase in deals in 2010, in 2011 their levels remain the same and there is even a slight decrease in the number of deals. Meanwhile, the interest was focused on more expensive rural houses which are ready to live in. This also led to an increase in the average prices of concluded deals compared to 2010 in most regions, and in the regions of Varna and Veliko Tarnovo in particular.

Prices in the area of Bourgas and Stara Zagora remain similar to those in 2010 and in some areas like Plovdiv, Yambol, Kardzhali and Pleven there is a drop in rural property prices. There was very little interest in villages in northwestern Bulgaria  lower than even in the slow 2009, as in 2011 there was no interest from the traditional buyers  the British.

2. Fluctuation of average prices of rural properties through the years:

BUYERS AS PER NATIONALITY

In 2011 Bulgarian buyers bought properties mainly in Sofia, but also in Varna, Bourgas, Plovdiv, Stara Zagora, Sunny Beach, etc. It can be concluded that the interest of Bulgarian buyers is focused mainly on the bigger cities; their motive for buying properties is personal use.

According to the data of BULGARIAN PROPERTIES the largest group of foreign property buyers in 2011 was once again that of the Russians who now make up 40% of all foreign buyers. Their share has been increasing in the last couple of years and at present Russian buyers are the ones having the biggest influence on the Bulgarian real estate market  mostly in the beach holiday home sector.

The British continue to be present on the market mostly as sellers. What is interesting is that in 2011 the group of foreign buyers shrank and it was European buyers who were the most active: from Austria, Belgium, Germany, France, Greece, Italy, Luxemburg, Sweden, Portugal, the Netherlands, Ukraine; however, there were also buyers from the USA, South Africa, Australia, etc.

Last year foreign buyers were also quite active on the rental market, as clients from Greece, Turkey, Romania, Cyprus, Ireland, Slovakia, etc. rented apartments, mostly in the big cities around the country.


Share
Properties in Bansko
Buy your own property in the top ski resort of Bansko! An all-year-round resort suitable for winter and summer tourism with the best prices in Europe! Prices starting from as low as 10,000 Euros!
See More
Belle Epoque Beach Residence
French style beachfront residence in the popular beach resort of Lozenets on the Southern Black Sea coast. The complex is completely finished and fully operational. Check out the last available apartments for sale.
See More
Follow us