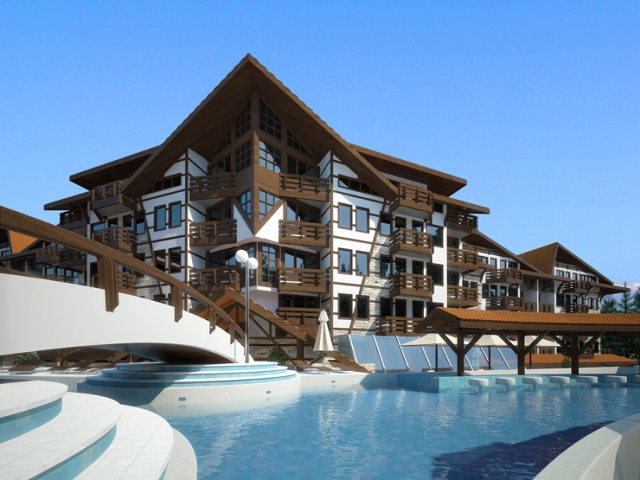 The interest towards properties in Bulgaria has been higher and higher since 2002 when the property boom started. This trend continued in 2006 as well with highest interest towards apartments in the ski and beach resorts and in the capital Sofia.

The political stability and the economic growth of the country plus the expected price increases after its accession into the EU have been the main driving forces for this major interest for property investments in the country over the past few years. Of course, there are many other factors to attract property buyers - the huge variety of astonishing scenery, the climate, the unspoiled nature and ancient culture, and much more.

The decision for admission of Bulgaria into the EU in January 2007 was eagerly expected by lots of buyers who were not willing to risk and wanted to make a safe investment. So, when this decision was announced in September 2006, many of them rushed into buying properties, which made the market very dynamic during the last months of the year. Together with the traditional property buyers  the British and the Irish, many people from various other nationalities have now become interested in property investments in Bulgaria. This has made the Bulgarian property market multinational and multicultural with buyers from all around the world.

Figures from 2006/2007 show that the most expensive properties traded on the market are in the resort areas of Sunny Beach, Varna, Bansko, Pamporovo and Borovets as well as the capital Sofia.


The average prices of newly built one bedroom apartments in the beach resorts are as follows:
There has been an increasing interest towards smaller beach resorts, which are traditionally extremely popular among Bulgarians. Most of these resorts are situated on the Southern Black Sea coast and benefit from longer summer season and nicer weather. For example, a one-bedroom apartment situated 3-4 minutes from the beach in the quickly developing beach resort of Lozenets can be bought for only 42,000 Euros (29,400 GBP; 55,500 USD). This is about 30 % less than a similar apartment in the big beach resorts like Sunny Beach.


Here is a list with locations and average prices starting from the highest and going to the lowest prices on the market:

The fast growing interest towards agricultural and development land for investment should also be mentioned  it will become the hit in 2007. The prices of the agricultural plots are still very tempting  starting from as low as 0.2 Euros per sq.m (0.14 GBP; 0.26 USD)! They are expected to appreciate a lot over the next 3-5 years and are suitable for mid-term of long-term investment.

This year will be strong and dynamic for the Bulgarian property market with people from various countries mostly in Europe but also from around the world buying properties in this country. The good news is that there is still something for everyone here  property investors, holiday makers, tourists and people who want to change their lifestyles and move to a new place!
Tweet
Share
Vitosha View - an exclusive residential development in Sofia
Vitosha View is a gated complex at the foothills of Vitosha Mountain. It offers urban environment combined with the home atmosphere and the greenery of a beautiful garden. Vitosha View enjoys an attractive location and is perfect for investment in the Bulgarian capital.
See More
Belle Epoque Beach Residence
French style beachfront residence in the popular beach resort of Lozenets on the Southern Black Sea coast. The complex is completely finished and fully operational. Check out the last available apartments for sale.
See More
Follow us