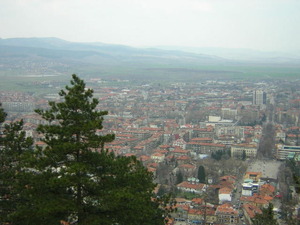 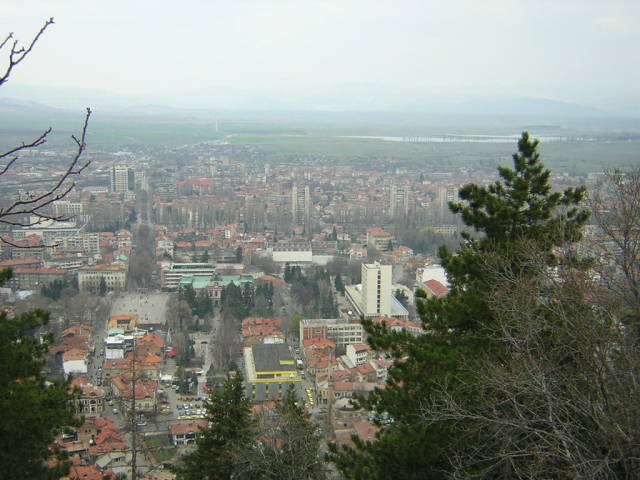 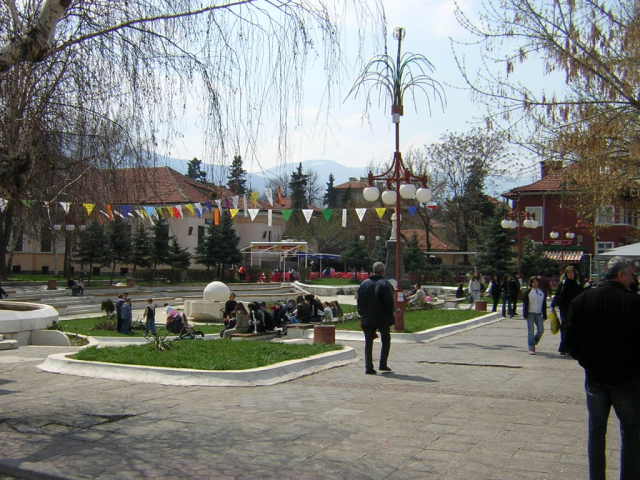 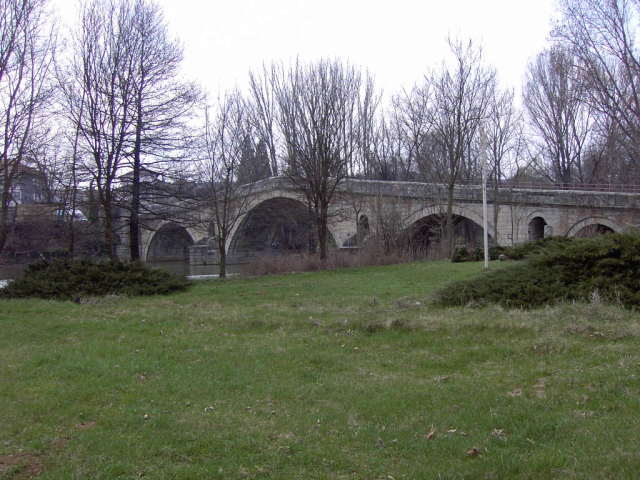 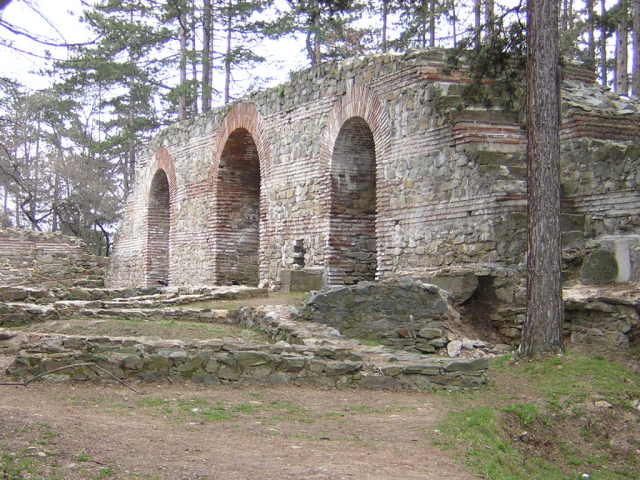 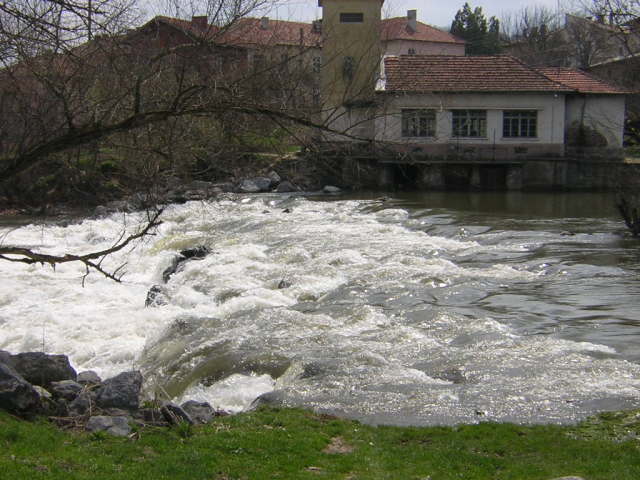 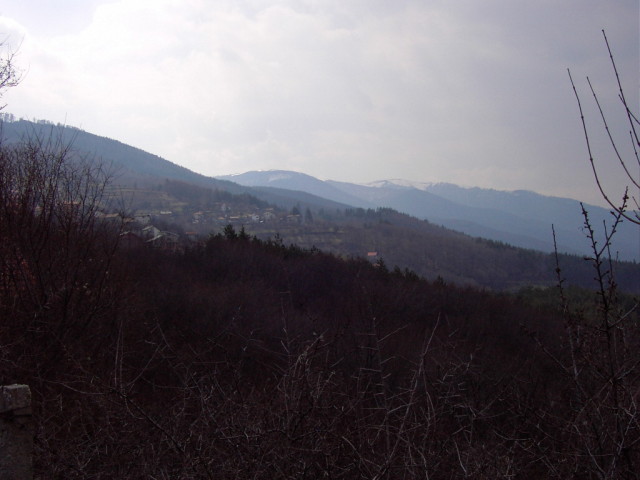 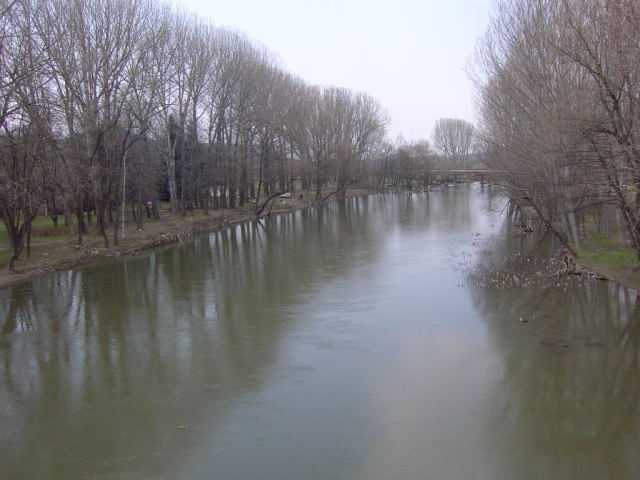 The town of Kyustendil is situated in the most Western part of Bulgaria, in the fertile valley of Kyustendil, on both sides of Banska River. It lies at the most Northern slopes of the Osogovo Mountain, 525 meters above the sea level and has population of 56 500 inhabitants. The town is situated 90 km southwest of Sofia, 70 km northwest of Blagoevgrad, and 22 km northeast of the border point with Macedonia. Kyustendil and its surrounding areas are well known as the orchard of Bulgaria, where mostly cherries, plums, apples and etc. are grown. It is a spa resort of national significance and a regional centre.

Kyustendil is connected with the other parts of the country by bus and railway transport. There is regular bus line with the capital Sofia, as well as with all neighboring towns Pernik, Dupnitsa, Blagoevgrad and etc. The town is a main stop on the line Sofia  Kyustendil  Gyueshevo.

The climate in Kyustendil is traditionally continental with Mediterranean influence. The mild weather is largely due to the beneficial effect of the mountains that surround the plain from the north, east and west. The average annual temperature is 11 C.

The mineral waters of the numerous fountains (natural springs and wells) have an almost uniform chemical composition, temperature(71-73C) and sulphide content. The waters are clear, colorless, with a pleasant taste and a slight smell of hydrogen sulphide. The curative properties of Kyustendil's mineral waters have been known since ancient times. The favourable climate, the curative peat from Baikal, the mineral waters and the possibilities of specific fruit-diet therapy attract many Bulgarian and foreign visitors to Kyustendil.

Kyustendil is one of the most ancient towns in Bulgaria. The mineral springs of the region attracted the Thracian tribes, which in 5 th-4 th century B.C. founded here a settlement. During the 1 century the Romans turned it into an important fortress, trade venue, and renowned spa resort. They called it Pautalia. In 4 th century the fortress Hissarlaka was built. In 1019 in the Charter of the Byzantine emperor Vasilii II the town was mentioned by the name Velbajd. It was integrated to the Bulgarian State during the time of king Kaloian (1197  1207). Later in 16 th century the town was renamed as Kyustendil, by the name of the fudal ruler Konstantin Dragash. In the middle of the 15 th century the Turks began to colonize the town. During the Renaissance it rapidly developed and grew. Its inhabitants took active part in the ecclesiastical and national struggles.

Kyustendil was liberated on the 29 of January 1878. After the liberation some of the crafts related to the Turkish markets declined, but tobacco production developed, as well as spa resort activity.

This is a medieval 100 m long bridge built over Struma River. The architecture of the bridge is a mixture of ancient, medieval and Renaissance elements, which are locally reproduced. There is a granite plate with an inscription in Turkish built in the southern part of the eastern parapet. This inscription says that the bridge was built in 1470. The name of the bridge is connected to the legends concerning its building. Today the bridge is a cultural monument of national significance.

The fortress was built at the end of 4th and the beginning of 5th century and was later readjusted during the 6th century. It was in use during the time of the First and Second Bulgarian State to be demolished in 15th century by the Turks.

The Fortress has a shape of an irregular polygon. It is 117 m by 175 m in size and its overall territory is 2.12 hectares. The fortress is protected by 14 towers. Within its fortified area are situated several public and residential buildings. The main gate is on the eastern wall.
The Acropolis of the ancient Pautalia and medieval Velbuzhd is one of the most significant fortresses on the territory of Bulgaria.

Kyustendil is the outgoing point to the beautiful Ossogovo Mountain with many sights of interests. At 13 km to the southeast of the town in Nevestino village is located Kadin (Nevestin) bridge over Struma River. 10 km north of the town is situated the village of Shishkovtzi. There is a rich collection of pictures of Vladimir Dimitrov Maistora. 39 km to the north is situated the historic Zemen Monastery, which frescoes are the most interesting monument from XIV century.
Along 22 km distance from the town of Zemen to the village of Rajdavitza, the Struma River has created a marvelous and picturesque gorge, called Zemenski gorge. It is a miniature copy of the Iskar gorge.

The small town of Rila, named after Rila Mountain is situated about 80km far away from Sofia city, 10km from Kocherinovo and 23km from the town of Doupnica. It is famous with the vicinity of Stob village and the nature phenomena  Stobs pyramids, the world known Rila Monastery.

Join us on a journey back to nature!
See More
Properties in the Bulgarian Beach Resorts!
Check our selection of properties on the Bulgarian Black Sea Coast! Attractive prices starting from just 15,000 Euros for a furnished studio! Regular flights to Burgas and Varna international airports. Perfect for frequent visits, summer holidays and more.
See More
Follow us