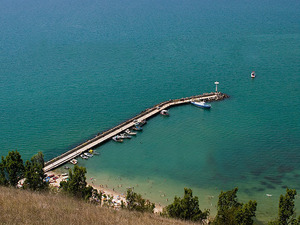 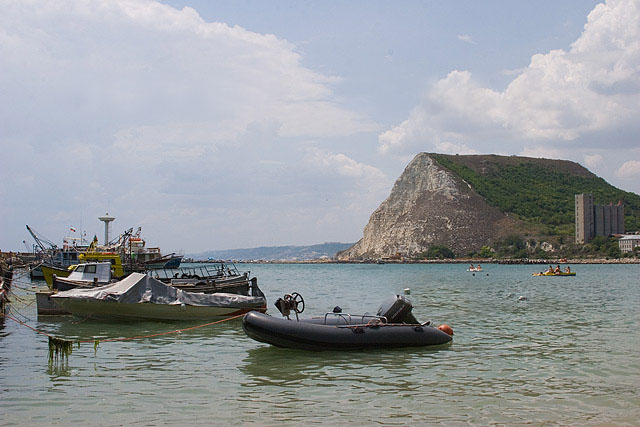 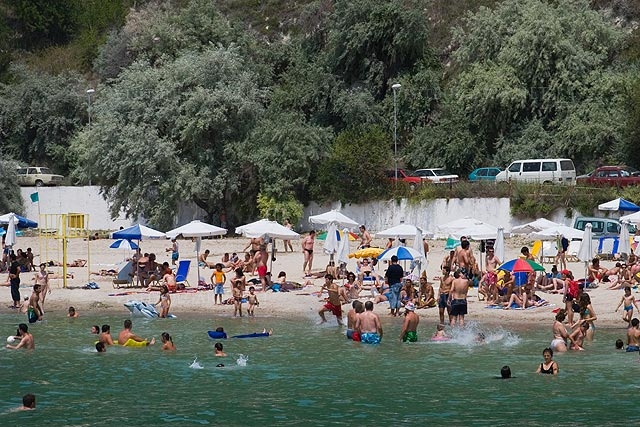 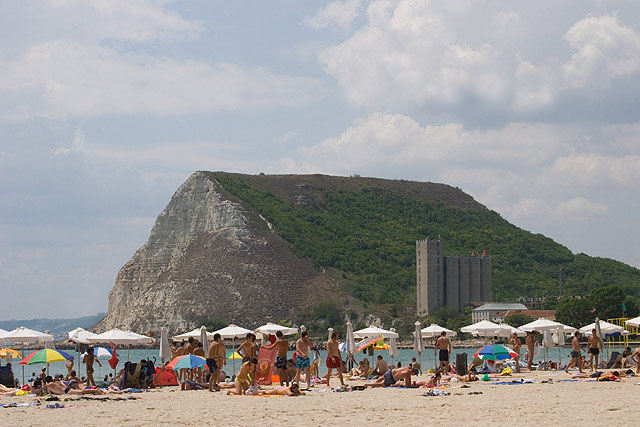 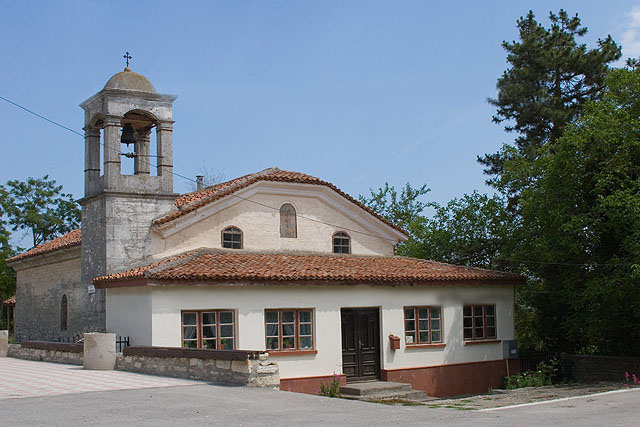 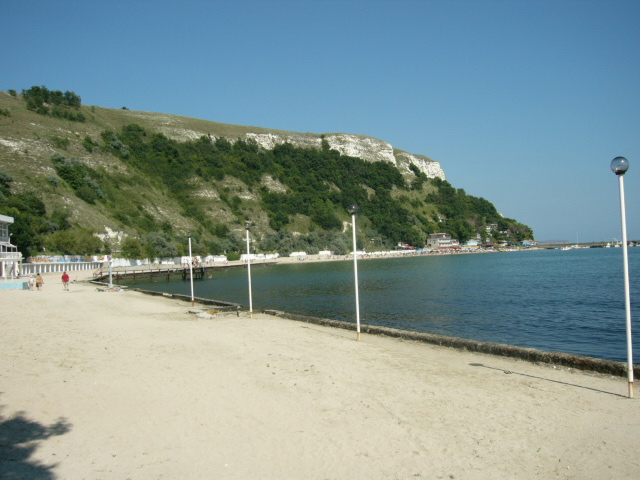 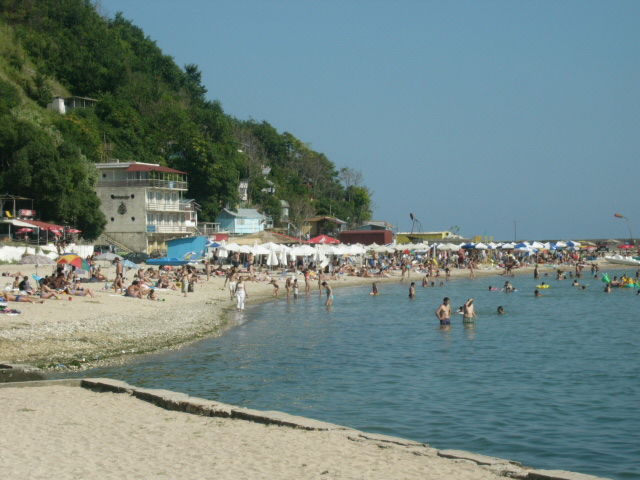 Kavarna - a place of rich history which has preserved its virginity and the charm of its unique nature and in the meantime - a developing centre of golf tourism.

Kavarna is very different from the pearls of the Bulgarian Black Sea coast  the resort complexes Golden Sands and Sunny Beach. The business invasion and the search for hotels, restaurants, places of entertainment, casinos, cafes, the usurpation of beaches, the visible devaluation of architecture and the blatant disregard for town-development order and harmony have turned these resorts into anything else, but not into Bulgarian resorts. These resorts have lost their characteristic features, their tranquility, the charm of one-time atmosphere in complexes. If you do not want to encounter the same environment, the same hotels and attractions as in a number of other resorts in Europe and around the world, the place where you can feel the atmosphere of the Bulgarian nature is the region of Kavarna.

Resort complex "Rusalka" /"Mermaid"/ was built on the north of the Cape of Kaliakra, near the "Birds' Bay". A spacious artificial beach was created on the coast of the town of Kavarna and the total area of the beaches in the Municipality of Kavarna amounts to 74 000 sq.m. There are excellent resources for it to develop as a specific resort centre - it is kilometers away from large industrial pollutants, it has a wonderful micro-climate and thermal mineral spas - a precondition for all-the-year-round operation as a repose and treatment centre. Nearby there are also sites of enormous historical and ecological value - Cape Kaliakra, the areas Yaylata, Bolata, Cape Chirakman. This is a precondition for the stimulation of profiled tourism.

Today's town of Kavarna was built on the site of an ancient Thracian and Hellenic town - Bizone. During the times of the First and Second Bulgarian Kingdoms it was called Karvuna. It grew bigger and became a county centre of the county of Kavuna during the Second Bulgarian Kingdom in 14 century. In the burial mound of Chirakman(300 meters away from Kavarna apartments complex) today there can be seen remains of Roman times and the Middle Ages. The oldest traces of life were discovered in the caves on the slopes. The Thracians of the Geti tribe founded a town here, and in 5 century B.C. it was inhabited by Greek colonists. In 15 c. the town was moved to its current location. On 20 June this year it started the first stage of the archaeological expedition "Kavarna 2005" during which scuba-divers are going to study for 10 days the sunken residential area of the Roman town of Bizone (I c B.C.) in front of breakwater 2 in the Bay of Kavarna.

Cape Kaliakra is located at 12 km on the east from the town of Kavarna and 60 km on the north-east from the city of Varna. It consists of limestone and conglomerates and is strewn with lots of caves. The rocks are a protected territory and a sea-bird sanctuary. The coast is steep, with vertical cliffs going 70 metres down to the sea. The name of the area has been changed several times through the centuries - Tetrasiada, Akre and Kaliakra and was mentioned in the seafarers' maps in 14 -15 c. It means "beautiful cape" because of the red colour of the rocks. According to a local legend, the blood of the defendants of the fortress, built there in 4 c. B.C., soaked into the rocks and they turned red. This fortress later became a Roman, then a Byzantine, and since 7 c. - a Bulgarian possession. There is a legend that during the Turkish yoke, after the fortress was captured by the Turkish invaders, 40 brave Bulgarian girls plaited their hair together and jumped off the steep cliffs in order to avoid adopting Mohammedanism. Remains of ancient towns can still be seen today. A part of their material culture is exhibited in a small archaeological museum in one of the caves here, which is the only in-cave museum in Bulgaria.

On the territory of the county of Dobrich, where the town of Kavarna is located, there are good conditions for hunting tourism. There are four hunting reserves in the municipalities of Dobrich, Balchik, General Toshevo and Tervel. Most of their tourist infrastructure is in good condition, as the best one is of the hunting reserve of Dobrich since it was completely overhauled in 1996. A significant amount of mineral spas, as well as deposits of healing mud are located on the territory of the region. There are also several protected by law "wet areas" - the lakes Durankulashko and Shablensko. Along with a number of rare flora species, there come to spend the winter about 90% of the world's population of the red-breasted goose (Branta ruficollis). As regards infrastructure the region has a well-developed road network with a good terrain inclusion and construction. Long straight sections of insignificant vertical deviations have been built which harmonize with the surrounding landscape.

In combination with its beautiful nature and interesting historical sights, the region around Kavarna is becoming an attractive tourist site for golf-lovers. This is due to the construction of two new golf courses which has already commenced. One of them is situated right between the town of Balchik and the town of Kavarna, on a plateau overlooking the sea. The second one will be situated along the coastline, near the sea, below the villages of Bozhurets and Topola, 3 km away from Kavarna. Gary Player - the most successful golf player of all times, the only person in the world who has won "British Open" in three different decades, says: "Bulgaria is going to have the best golf course in the world", and he answered the question: "How do you find Bulgaria? You are visiting our country for the first time. What is the impression it made on you?", in this way: "You have a very beautiful country, with excellent nature. I have read a lot about your country but it is the first time I am visiting it. I have traveled over 15 million miles around the world during my 50-year career of a golf-player. I like Bulgaria. Now, when we are going to build two golf courses in Balchik and Kavarna, I am going to come more often and I am going to learn more about your country. The main criteria which determine the site on which a golf course is to be built are the beautiful nature, the soil and rainfall."

In recent years Kavarna has started to become a place where a lot of concerts of popular Bulgarian and world-known bands are organized. In May there was a concert of Nazareth, and on 3 June the tourist season in the Municipality of Kavarna was officially opened with a big concert of the heavy metal band Saxon. Ronnie James Dio, the famous vocalist of the legendary "Rainbow" and "Black Sabbath", will be visiting Kavarna on 7 July.2005. On 21 July.2005 in Kavarna are singing the most famous rock dinosaurs "Deep Purple". The news has been officially confirmed in the band's internet page www.deep-purple.com After them the rock legend Scorpions are going to visit the town in August 2005.


View all our properties for sale and rent in/near Kavarna