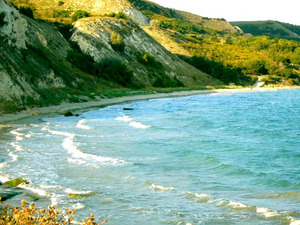 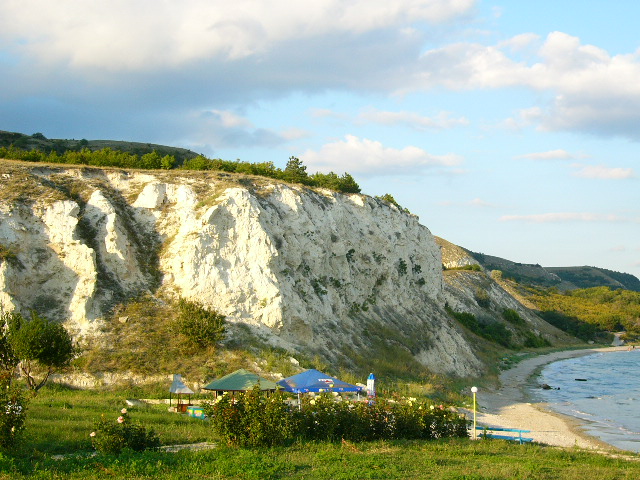 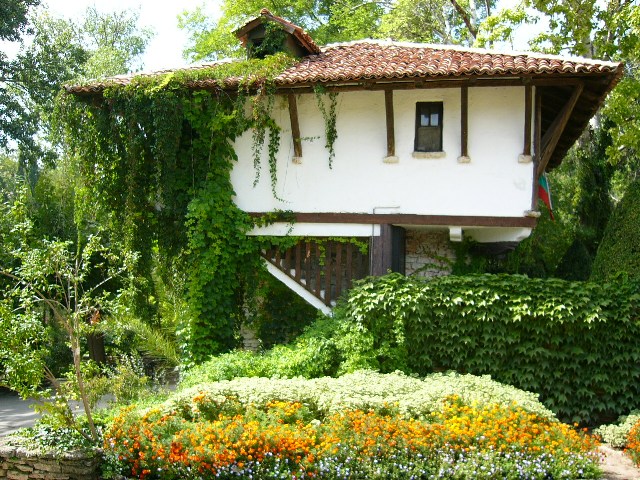 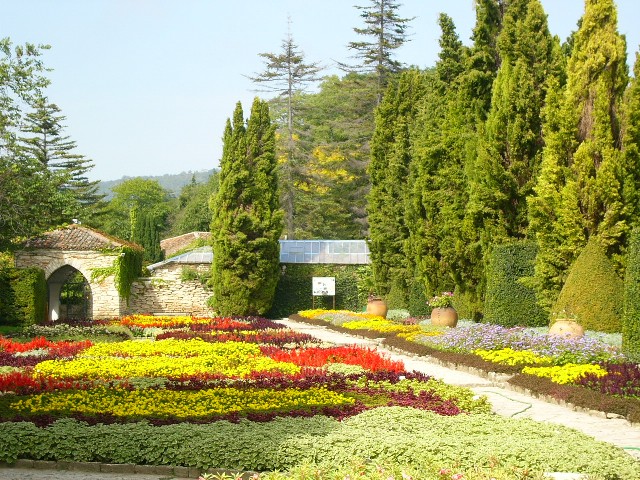 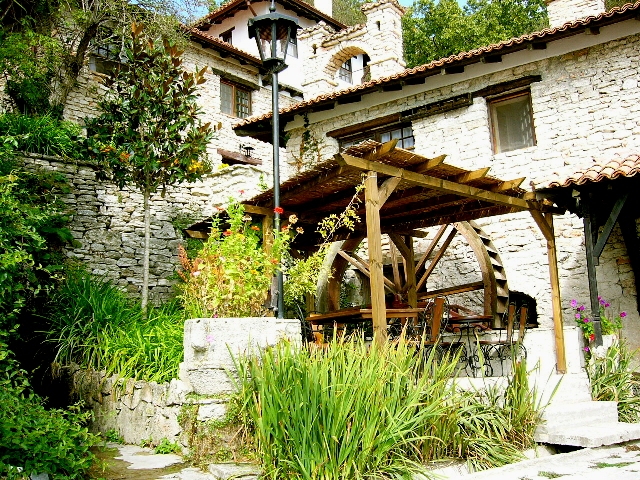 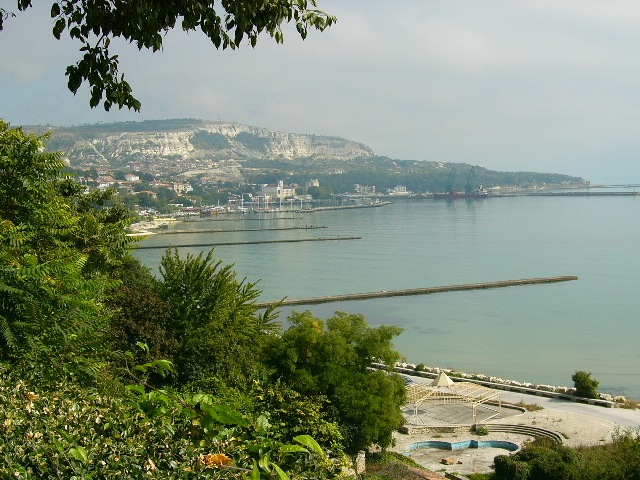 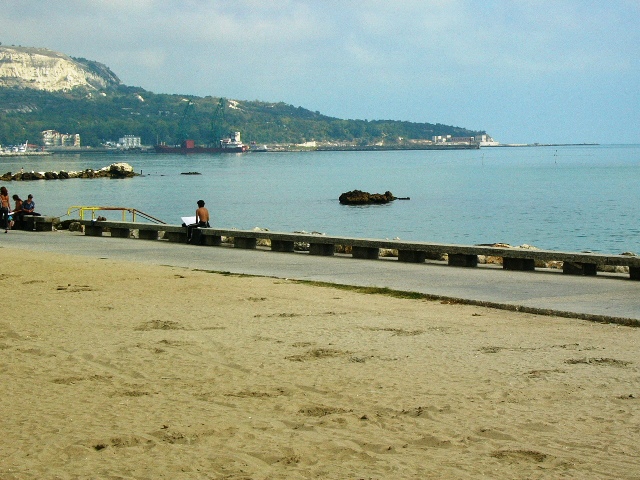 A town and seaside resort, situated terrace-like on a small bay on the Black Sea, 31 km North of Varna, 37 km south-east of Dobrich and 500 km East from Sofia. Third in significance Bulgarian port after Varna and Bourgas, used for medium-size passenger and trade vessels. Population of 13 500.

It springs to life towards the end of the 6th century B.C. as the ancient Greek colony Crunoi (later Dionysopolis) in place of a Chalcolithic (4th-3rd millennium B.C.) and a Thracian (1st millennium B.C.) settlement.

The exceptional view of the town from the sea impressed the great Ovid who exclaimed: "O white stone town, I salute thee for thy inimitable beauty!". The Milesian colonists believed that the goddess of beauty, Aphrodite, was born there out of the sea foam. The spouting karst springs gave the town its first name Krunoi (meaning spring or source in Old Greek). The next name was Dionysopolis. During the Middle Ages the town was named after the local feudal lord, Balik In Roman times it has the statute of a municipius. Later on it was included in the territory of Bulgaria. In 13th - 14th century it moved to Dzhina Bair, a natural fortification. It was ruled by the Boyar Balik, and so it was called Balchik. After the Crimean War (1853 - 1856) the town flourished and grew into a big corn-trading centre. After the Balkan War in 1913 it was included in the territories of Romania. Struck by the natural beauty of the place Queen Maria built a palace and a botanical garden, a chapel and a villa complex for the Romanian aristocrats.

The town turned into a luxurious resort at that time.
After 1940 Balchik was again included in Bulgarian territory.
The town has many historic and natural attractions, narrow beach strips, hotels, camping grounds.

Apart from the palace, the palace complex and the botanical garden - the biggest and most diverse in the Balkans, the town is attractive to tourists with its ancient atmosphere that has been preserved for centuries now. It is interesting to walk along and observe the Tatar Quarter with the pebbled streets and the houses made of stone and adobe.

The old palace - built in 1924-1931 by the request of the Romanian queen Maria. The authors of the construction design are Italian architects.

The local museum is housed there as well. The coastal alley, 4 km long, is a nice place to stroll, so are the harbour and the small streets around. There is a small ethnographic museum and a beautiful old church called St. Nikola Church (1866). The Revival complex with the old school in the town is quite well preserved. Apart from the big restaurants in the palace, in the hotels and downtown, there are a number of small private restau rants, coastal stalls offering seafood, pizzas, spaghetti and other kinds of European cuisine. The grocer's shops are a good opportunity for practical tourists who cook for themselves.

There is regular bus transport from/ to Sofia, Dob rich, Varna and Albena. Apart from buses, there are numerous taxis and private mini-buses, boats and water transport to other beach resorts on the Black Sea.

The area of Touzlata is located 4 km east of the town and is well known for its curing mud. A spa-centre was built t here beside the two lakes, formed by old landslides. The lake bottom is covered with black hydrogen sulphide peloid It receives patients suffering from joint disorders. A large recreational complex, a lot of villas, bungalows and a camping site are built here. There is a mineral spring with water temperature of 31°C. Near Balchik are the two big camping sites - Sandrino Camping and Belia Bryag Camping. They offer various opportunities for rest and water sports, clubs, bars, numerous bungalows for tourists having no camping equipment, small restaurants and stalls for sea and continental food.

15 kilometres south-west of Balchik is the village of Obrochishte with a well-preserved fortress dating back to the early Ottoman rule.

Apart from the main stream of the tourists visiting Bulgaria and by all means not very known to the world, Balchik was preserved until today in its own multicultural authenticity. In this small town and in the region are living peacefully people whose ancestors are (in order of settling) ancient Greeks, Bulgarians, Turks, Tatars, Romanians.

View our property offers in the area of Balchik

Book a holiday or reserve a hotel room in Balchik

Share
Central Park - your New York in Sofia!
Homes for sale in one of the largest new construction developments in Sofia!

A unique gated complex recreating the style and atmosphere of New York's Central Park. Modern buildings, space, greenery and breathtaking views! A future icon of the Bulgarian capital that will bring a new standard for quality of life. Choose your home now - big choice and attractive prices!
See More
Properties with video
Only on our website you will find a variety of properties in Bulgaria with videos. Don't waste time, view them online - on your phone, laptop or tablet, at a convenient time and without the need for an inspection trip and personal visit. Welcome for video viewings with BULGARIAN PROPERTIES!
See More
Beach residence with a pool and panoramic sea views in Sveti Vlas
Enjoy life in your sea residence! Buy this 4-bed holiday home with a private pool and breathtaking panoramic views of the entire bay of Nessebar! Enjoy breathtaking sunrises and romantic sunsets in your own sea house and let your dreams come true.
See More
Follow us