The town of Haskovo is located 225 km and 75 km to the south-east of Sofia and Plovdiv, respectively. Roads, connecting the Mediterranean with Thracia and the Rhodopes, have been built along the rivers since ancient times. Many monuments from the Thracian epoch, the Greek antiquity, the Roman times, the Middle ages and the Renaissance are preserved in the region.

Remains from Thracian settlements have been found dating back to 1000 BC. Acropolises, sanctuaries, rock drawings and megalithic and monolithic monuments such as tombs, dolmens, and cromlechs serve as relics of the Thracian culture. Strong fortress walls, towers and ramparts from the times of the Roman Empire and the Middle ages can be seen on each mountain peak in the region. They were part of the fortification system of the Roman Empire and later the Byzantine Empire, and served to defend the roads to the capital Constantinopol. Magnificent architectural structures from the Bulgarian Renaissance period have also been retained in the region. The city of Haskovo was founded 1000 years ago. However, there is evidence of a settlement here from the Neolithic period 7,000 years ago.

The time is ideal for striking a property bargain.

What rural properties are for sale in the area of Haskovo?
1-storey house with garden and summer kitchen between Stara Zagora and Haskovo

House 8 km from the river Maritsa

You have property for sale near Haskovo? 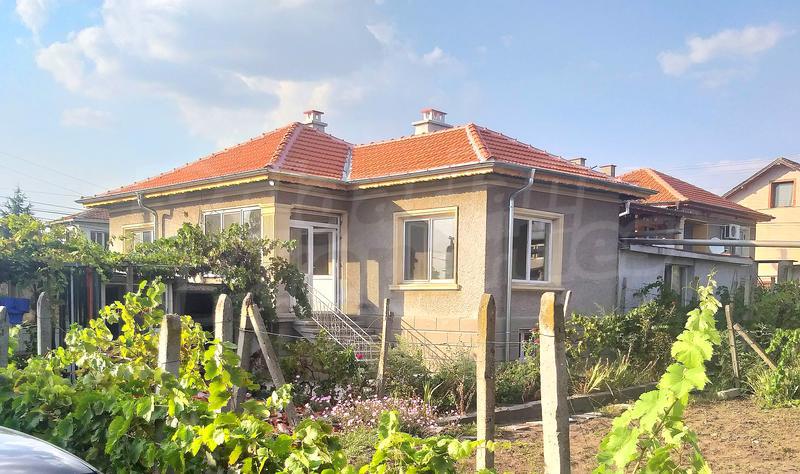 For sale
1-storey house with garden and summer kitchen between Stara Zagora and Haskovo Near Haskovo House with new roof and replaced windows in well-developed village We present to your attention a house with a new roof and replaced windows with summer kitchen, garden of 620 sq.m. and parking spaces, located on an asphalt road at the beginning of a well-developed village 18 km from Dimitrovgrad, between Stara Zagora (35 km ) and the regional
€ 28 110
Area: 184 m2  Garden: 620 m2
Type of property: House

For sale -4%
House 8 km from the river Maritsa Near Haskovo House with large garden in Merichleri We offer a house with a wonderful location - 8 km. from the banks of the Maritsa River, near the mineral springs of Merichleri. The settlement provides good conditions for permanent living, as well as for rest and relaxation. The house has a living area of ​​200
€ 12 300€ 11 800
Area: 200 m2  Garden: 850 m2
Type of property: House 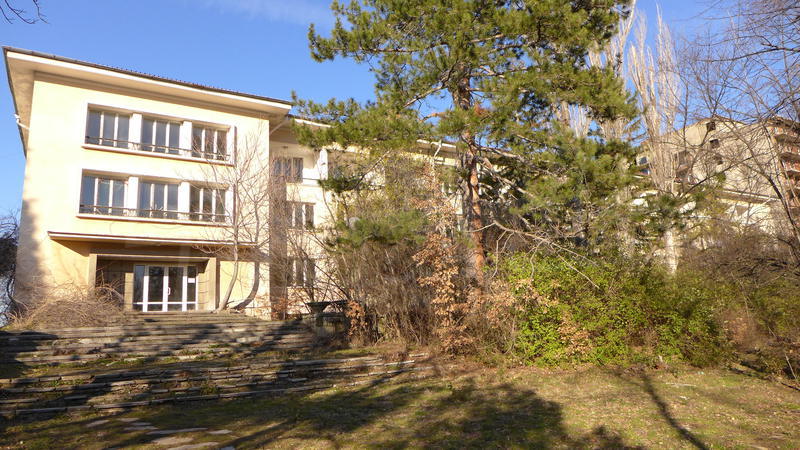 For sale
Spa hotel in Haskovo Mineralni Bani Near Haskovo , Sveti Duh Fortress Spa complex for renovation with mineral water in beautiful park next to medieval fortress Holiday complex for renovation with mineral water - an excellent option for investment in the development of spa tourism. Toplika Spa Hotel is located in the northern part of Mineralni Bani resort, surrounded by a beautiful park, next to the medieval fortress "Holy
€ 900 000
Area: 3 969 m2  Garden: 9 062 m2
Type of property: Hotel

For sale
Spa hotel Zdravets in the center of Haskovo Mineralni Bani Near Haskovo Excellent option for investment in the development of spa tourism Our new offer includes a SPA hotel at shell stage with a project and a mineral water pipeline in the popular spa resort Mineralni Bani, 18 km from the district city of Haskovo, 11 km from the international road E-80, which connects Western and Central Europe with the Middle East,
€ 2 220 000
Area: 6 991 m2  Garden: 4 795 m2
Type of property: Hotel 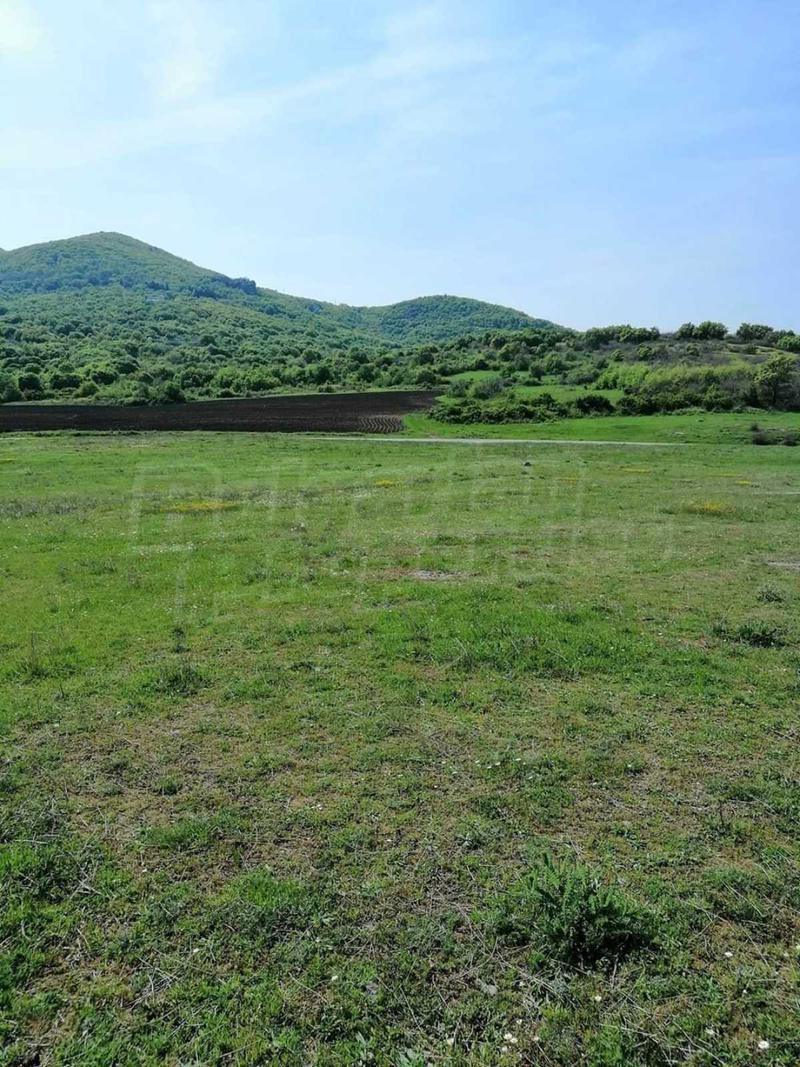 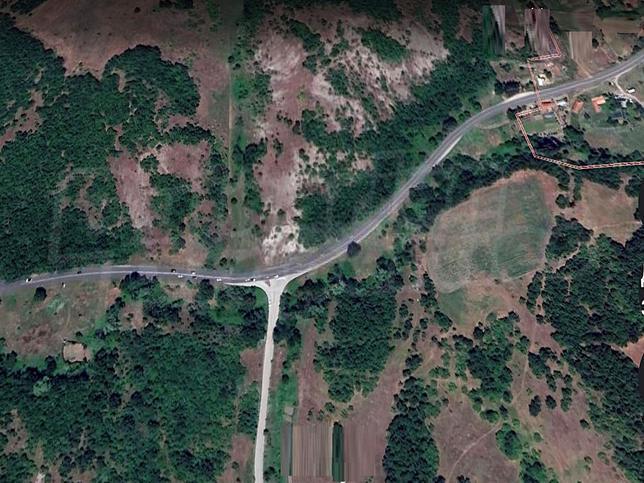 For sale
Investment land on international road in the direction of Kardzhali-Haskovo Near Haskovo Large plot of land for the construction of roadside complex, gas station, motel-restaurant, industrial needs We offer for sale a large regulated plot of land with an area of ​​4722 sq.m. and a face of 116 m to the international road E-85, I-5 (Ruse - Makaza) in the direction of Kardzhali - Haskovo. The plot is located 500 m west, before the village of Kozlets. The
€ 118 050
4 722.00 m2 (25 €/m2)
Type of property: Investment land 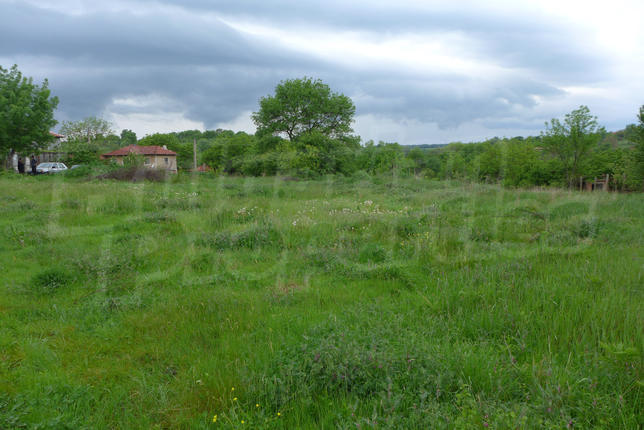 For sale
Development land for private house with quiet location in Haskovo district Near Haskovo Spacious undeveloped land in picturesque nature Are you looking for a quiet and picturesque plot of land in Haskovo region where to build your new home? We have an attractive offer for a large development land of 2150 sq.m. for a private house with beautiful view of the greenery and Svetlina village. The region offers
€ 3 499
2 150.00 m2 (2 €/m2)
Type of property: Development land