Properties and real estate in Vidin for sale and rent

Vidin is one of the oldest towns along the Bulgarian Danube bank. It appeared as the Roman fortress of Bononia on the foundations of a Thracian settlement. It is located 199 km the northwest from Sofia, 102 km northwest from Montana, 52 km north from Belogradchik and 30 km south-east from the border town of Bregovo.

Built centuries ago, Baba Vida Fortress is the area's hottest tourist attraction. The building is well preserved and contains amazing architecture. Many artifacts from the medieval times can be found within the fortress. One other fortress, Kaleto Fortress, is equally impressive and not to be missed. The cultural history is reflected in the numerous archeological monuments, architectural fragments, sculptures, bronze and clay items that are kept in the museums.

As it is set on major international roads and cross-points the Bulgarian and the Romanian Governments decided to build a bridge in Vidin over the river, to connect both countries and roads. The construction already started. Soon Vidin will become one of the main points on the European road. The construction of the new bridge is financed with fund by the European Union.

It is a great time to strike a bargain deal. 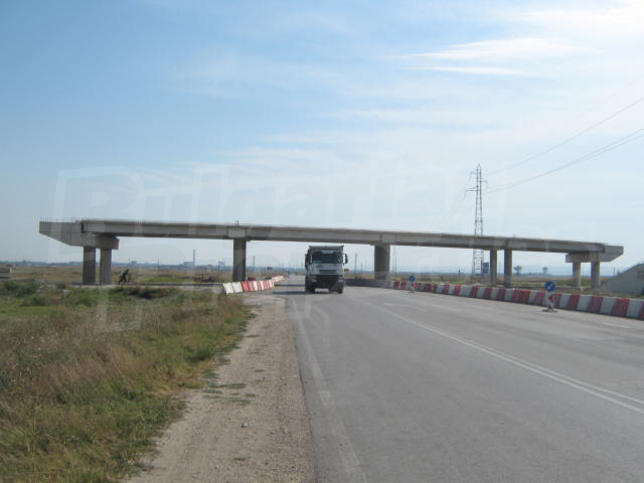 For sale
Huge plot, ideal for commercial development Vidin , Western Industrial zone Attractive agricultural land for industrial purposes This impressive and huge plot of land is located near the international road E-79, which leads to the Danube Bridge II (now under construction). The plot is only 2 km away from the new Freight Station, which is almost completed and is in close proximity to the intersection of the
€ 354 500
7090.00 m2 (50€/m2)
Type of property: Investment land 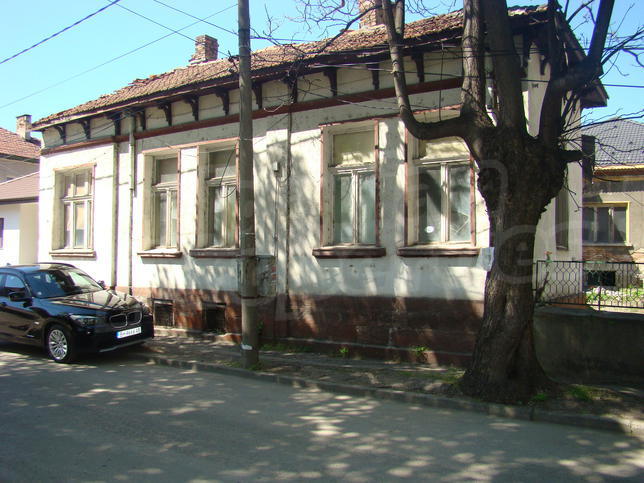 For sale
House in Vidin Vidin , Quarter Center For sale - house We offer you this house with a total area of 99 m2. It was constructed in 1958. Walls with wallpaper, wooden floors and wooden window frames are available in the property. The property is connected to electricity, communal water supply, water and communal sewage system. Some of
€ 20 000
99.00 m2 (202€/m2)
Type of property: House 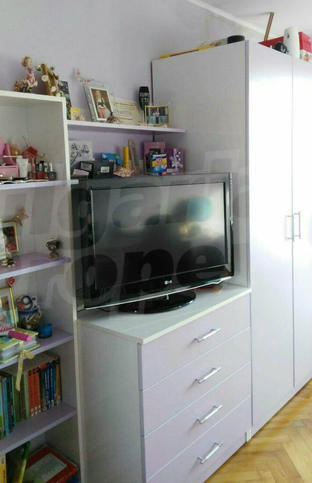 For sale
3-bedroom apartment with furniture in Pliska district Vidin , Quarter Pliska Spacious warm apartment near school, kindergarten, Lidl supermarket Ready to move in, warm apartment with 3 bedrooms in Pliska quarter in Vidin. In the area you will find shops, cafe, school, kindergarten, Lidl supermarket, regular transport (train / bus station 2 km away). The apartment is set on the 5/5 floor in a panel building (1980),
€ 24 615
78.00 m2 (315€/m2)
Type of property: 3-bedroom apartment 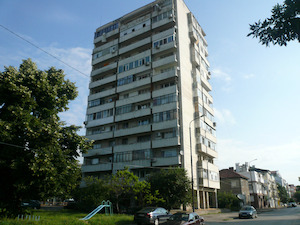 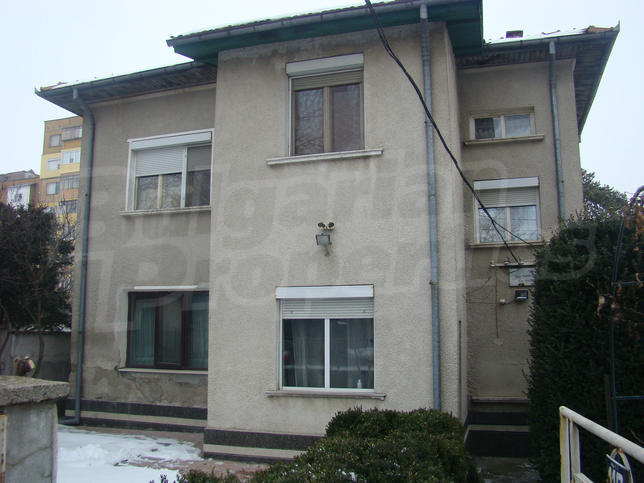 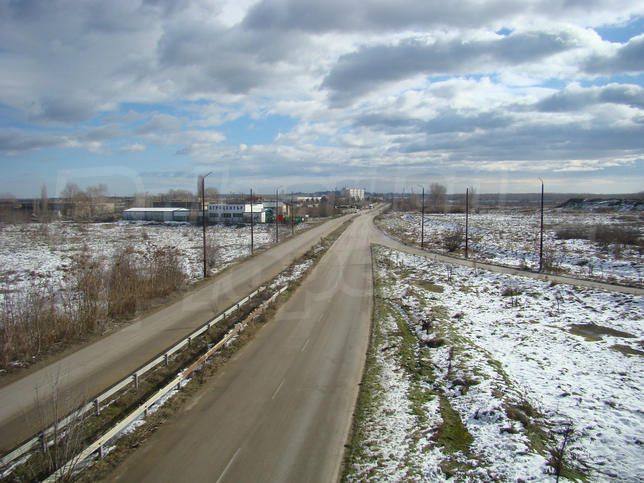 For sale
Investment land on asphalt road in Northern Industrial Zone Vidin , Quarter Promishlena zona - Sever Spacious plot with easy access to Danube Bridge 2 Today our offer includes a large regulated plot of land (21,552 sq.m.) in the northern industrial zone of Vidin, close to CO-MAT, TIR parking, motel, 300 m from the junction for Danube Bridge 2 (the bridge itself is 5 km from the property), 25 km from Serbia and 100 km from the
€ 431 040
21552.00 m2 (20€/m2)
Type of property: Investment land 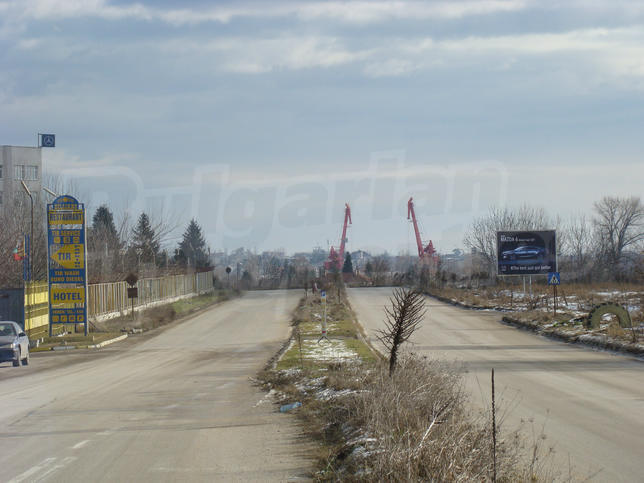 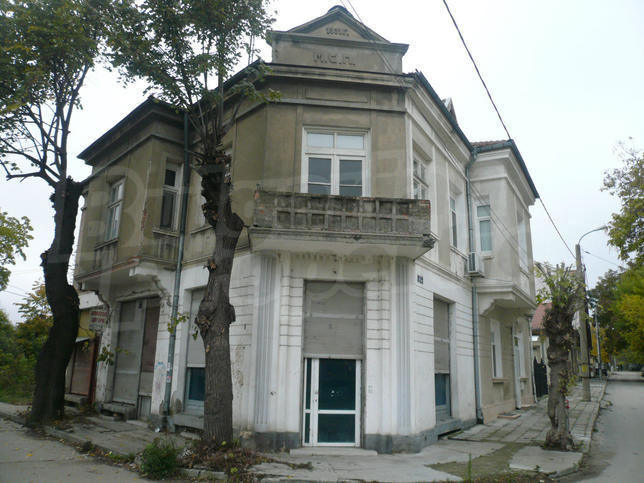 For sale -5%
Floor of a house in preferred quarter of Vidin Vidin , Quarter Kaleto Facing-south property in the district Kaleto near Danube Park First floor of a house located in an authentic old building (1931) in the best part of Vidin - Kaleto quarter near the Danube Park. The property is facing south, with a total area of 98 sq.m. + cellar (20 sq.m.). The living area is distributed between a kitchen, a living room,
€ 20 000€ 19 000
98.00 m2 (193€/m2)
Type of property: Floor of a house

Sergey Pelovski Senior Estate Agent, Sofia
Beach Villas on the Bulgarian Black Sea Coast
Searching for your own place in the sun?
Explore our selection of lovely houses and villas situated in the beach resorts and in the villages nearby! Prices with no competition in Europe!
See More 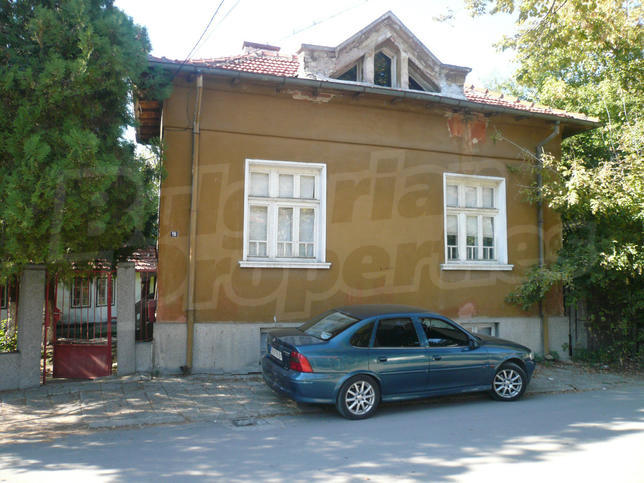 For sale
Detached house with yard in Vidin Vidin , Quarter Center House with solid construction not far from the city center We offer you this house with a total area of 72 m2. It was constructed in 1960. The property has electric heating appliances (fan heater, radiators, etc.). Wooden floors and wooden window frames are available in the property. The property is connected to electricity, water and
€ 50 000
72.00 m2 (694€/m2)
Type of property: House 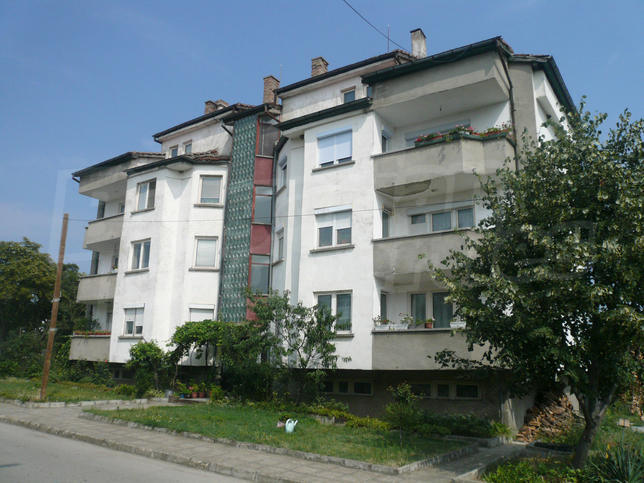 For sale -8%
Furnished 2-level penthouse for large family in Kula town Vidin Comfortable 4-bedroom dwelling with convenient location near the downtown area Spacious and comfortable home for your family - 4-bedroom 2-level penthouse in Kula, set near a school, kindergarten, police station, the municipality. The town is located in northwestern Bulgaria, as it is the third largest settlement in the area after Vidin and Belogradchik.
€ 60 000€ 55 000
180.00 m2 (305€/m2)
Type of property: Two-level penthouse 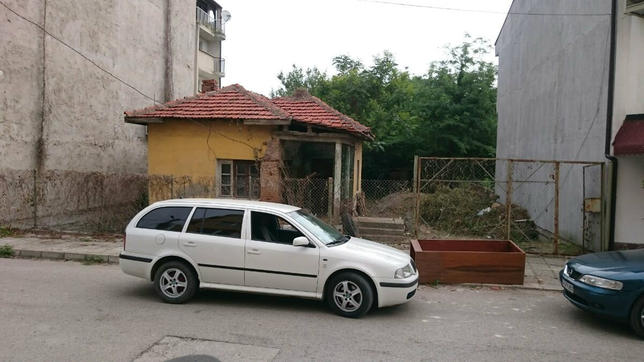 For sale -12%
Development land for residential-commercial building in Vidin Vidin , Quarter Georgi Benkovski Investment land in the district George Benkovski We offer you this development land with a total area of 450 m2. The property is connected to electricity, water and mains drainage. Within a short distance from the property there is a bus stop and a public transport. In the neighborhood you can find a children's playground, a
€ 25 000€ 22 000
450.00 m2 (48€/m2)
Type of property: Development land 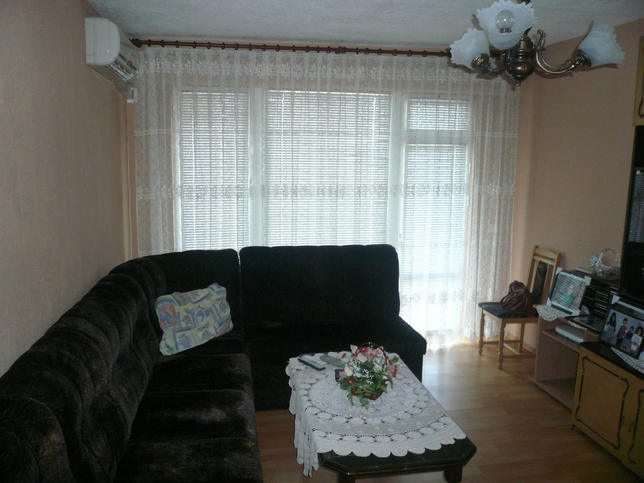 For sale
Completely renovated 1-bedroom apartment in Geo Milev district Vidin , Quarter Geo Milev Warm south-facing apartment with local heating and fitted kitchen Ready to move in one-bedroom apartment near a variety of shops, а supermarket Kaufland, а kindergarten in the district Geo Milev in Vidin. The apartment is facing south and it is located on the eighth floor in panel building (with elevator, 1988). The area of
€ 28 205
63.00 m2 (447€/m2)
Type of property: 1-bedroom apartment 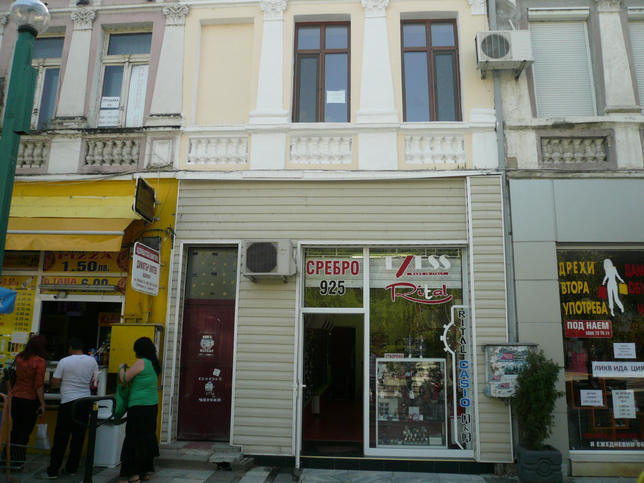 For sale
Shop and office in the center of Vidin Vidin , Quarter Center Business property with potential on busy trade street Attractive business property with prime location on Tyrgovska Str. in the center of Vidin. The property is situated on the busiest trade street, with easy access to a variety of modern amenities, public institutions and services. The building was finished in 1956, of
€ 130 000
160.00 m2 (812€/m2)
Type of property: Shop 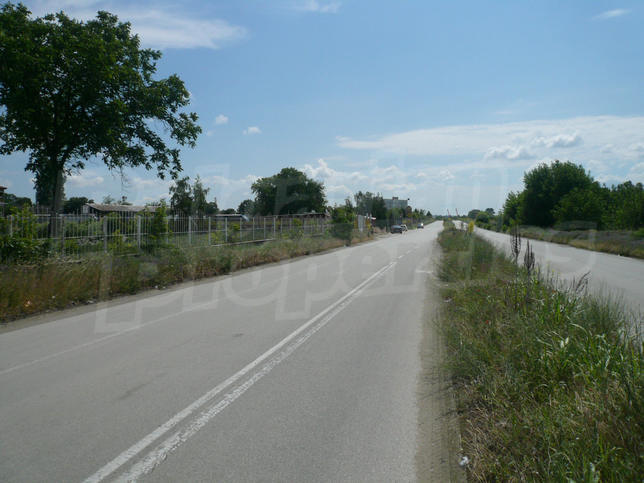 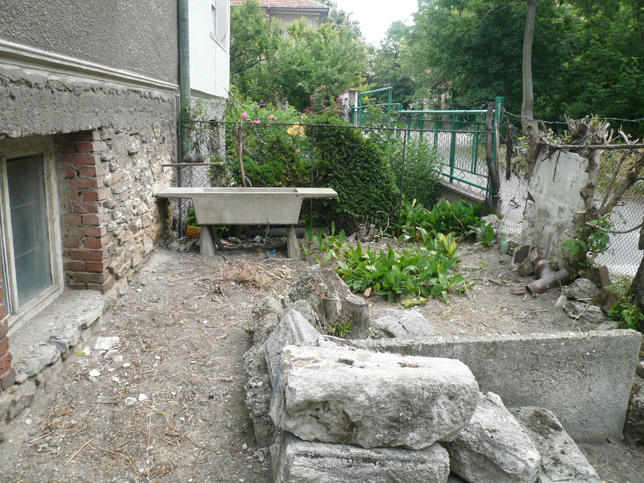 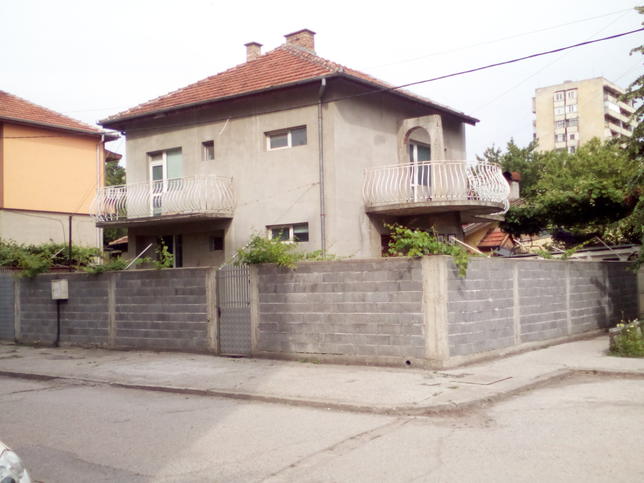 For sale
House in Vidin Vidin , Quarter Himik 2-storey house, 200m from the Danube river We offer to your attention two-storey house with area of 120 sq. m. with a garden, in area Himik of Vidin. The construction year is 2010. Distribution of the house is as follows:  Ground floor - entrance hall, kitchen, living room, dining room, bathroom and toilet  First
€ 80 000
120.00 m2 (666€/m2)
Type of property: House 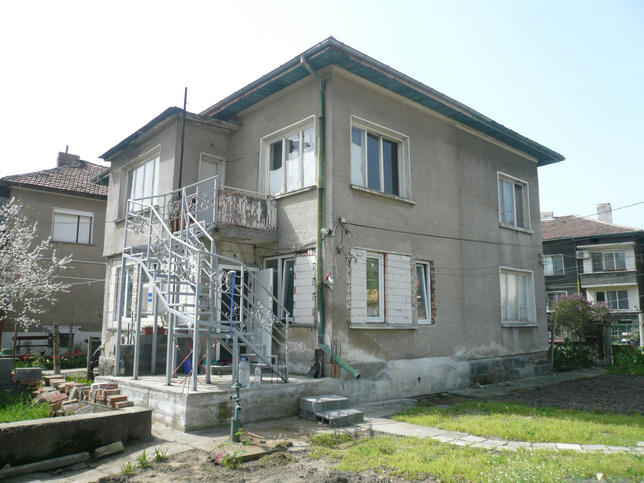 For sale
Semi-detached house with separate entrance and yard in Vidin Vidin , Quarter Akdzhamiya Modernly furnished dwelling with garage in quiet area Semi-detached house in the quarter Akdzhamiya in Vidin. The property is situated in a quiet area of this nice Danube city, close to shops, cafes, school, church, health service, bus stop. The house with an area of ​​120 sq.m. was built in 1980 (bricks-plate),
€ 57 000
120.00 m2 (475€/m2)
Type of property: House 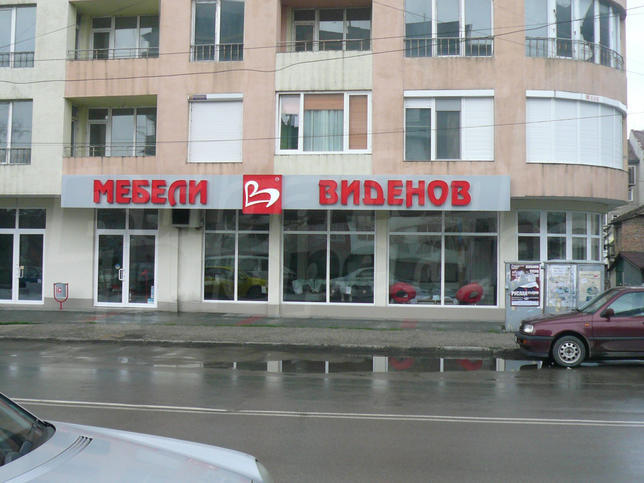 For sale
Functioning shop with serious tenant in Vasil Levski district Vidin , Quarter Vasil Levski Trade premise on busy street with convenient parking lot Shop on two levels (currently the property has serious tenant, with 6% annual return on investment). The property has very convenient location, at one of the most busy streets in Vidin  Shiroka Str. Another advantage is the available parking spaces. The property was built
€ 310 000
603.00 m2 (514€/m2)
Type of property: Shop 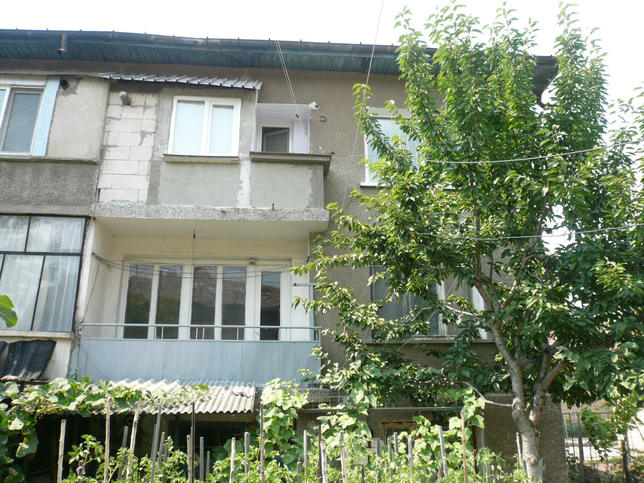 For sale
Floor of a house in Vidin Vidin , Quarter Center For sale - floor of a house We offer you this floor of a house with a total area of 120 m2. It was constructed in 1960. The property is supplied with electric heating appliances (fan heater, radiators, etc.). Linoleum on the floor, wooden floors and wooden window frames are available in the property. The
€ 23 400
120.00 m2 (195€/m2)
Type of property: Floor of a house 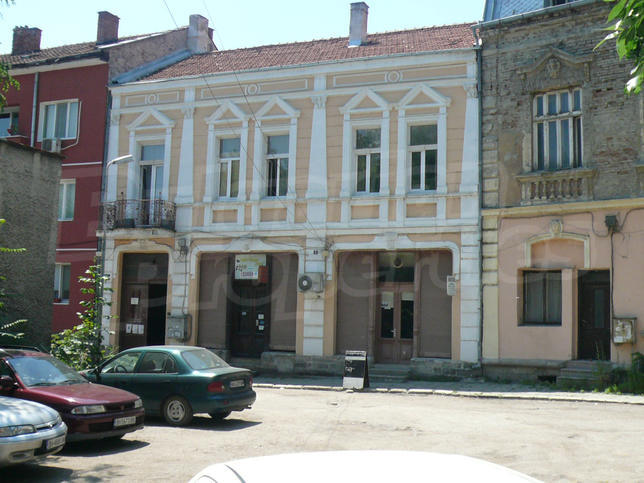