Properties and real estate in Byala (Varna) for sale and rent

Situated on the beautiful Black Sea coast the town of Byala is a small traditional Bulgarian settlement. It is situated 50 km south of Varna and 70 km north of Burgas in a semi-mountainous region in the easternmost branches of Stara Planina.

Byala's economy is based mostly on tourism and agriculture, including viticulture. There are several hotels, camping areas and beaches. There locals are trying to develop village tourism, which is believed to be interesting to foreigners. Nature landmarks outside Byala inslude Karadere, one of Bulgaria's last remaining wild beaches with pristine dunes and freshwater wetlands, and the White Cliffs.

The town of Byala is very well developed and is still developing. There are many new hotels, restaurants, private homes, resorts and other attractions. Byala has the perspective to become one of the most desirable places for vacation and business investments. 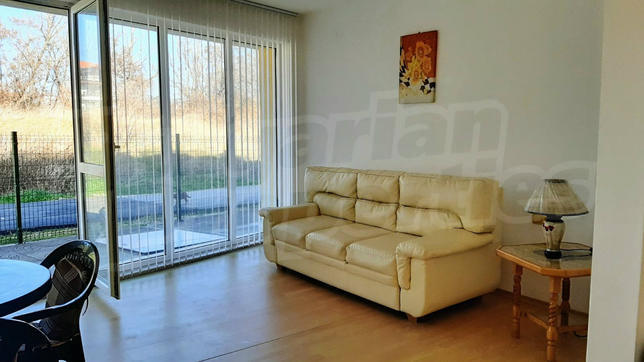 For sale
best bargain
Furnished studio with small yard 150 m to the beach Byala (Varna) Dwelling for holiday use and permanent living in the town of Byala We present to your attention a studio apartment near the beach of Byala (150 m). The apartment (total area of ​​57.4 sq.m., net area - 50 sq.m.) has an entrance hall, large common room and bathroom with WC, as well as small yard. It is fully furnished and ready to
€ 21 000
57.40 m2 (365€/m2)
Type of property: Studio 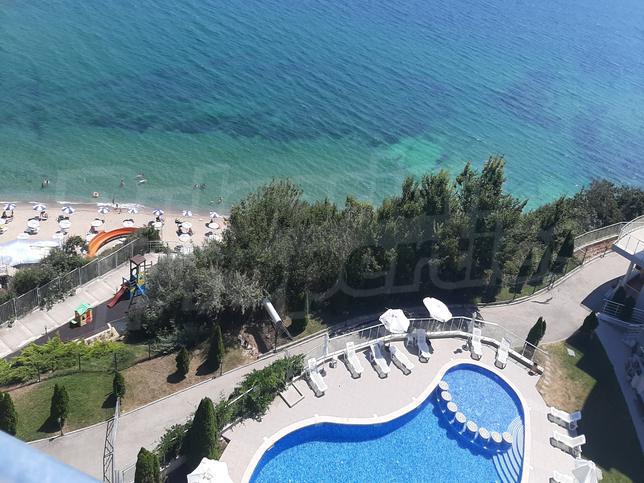 For sale
Luxury WATERFRONT
Apartments on the first line without maintenance fee in the town of Byala Byala (Varna) Excellent apartments in a gated complex in the quiet town of Byala, Varna region Apartments with unique sea views in a complex without maintenance fee! Enjoy your summer vacation in this small paradise on the Bulgarian coast. The complex is designed with state-of-the-art construction technologies, meeting all hygienic, fire-fighting, environmental and other
from € 25 900
63.58 m2 - 302.92 m2 (407€/m2)
Type of property: Apartments (various types) 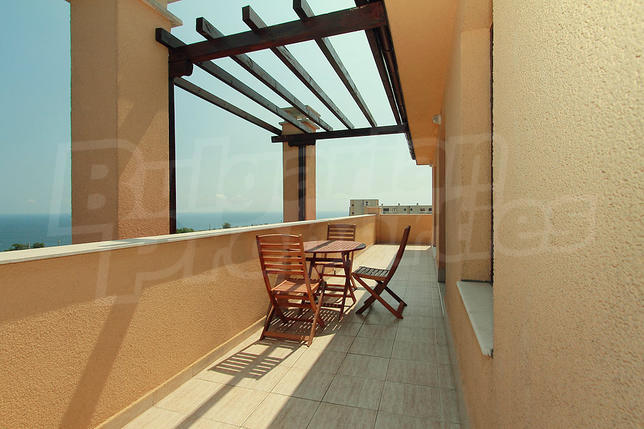 For sale
2-bedroom penthouse with sea view near the center of Byala Byala (Varna) Spacious apartment with large terrace and furniture for year-round living Luxurious, spacious penthouse apartment with unique panorama from every room, set in the seaside town of Byala. The property is located near the center, the municipality, the Triumph complex, shops, children playgrounds, the beach, 50 km to Varna airport and 70 km to Bourgas
€ 75 000
178.05 m2 (421€/m2)
Type of property: 2-bedroom apartment 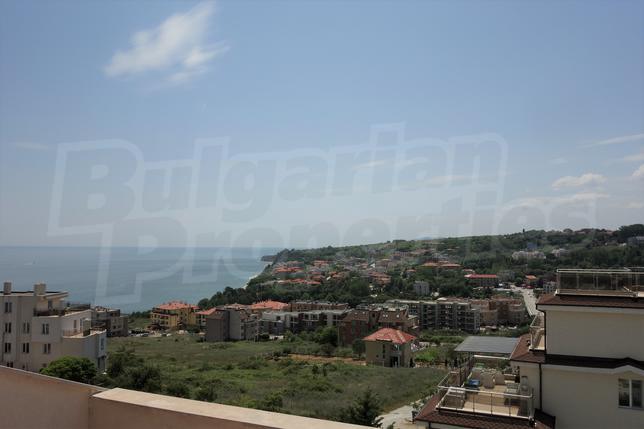 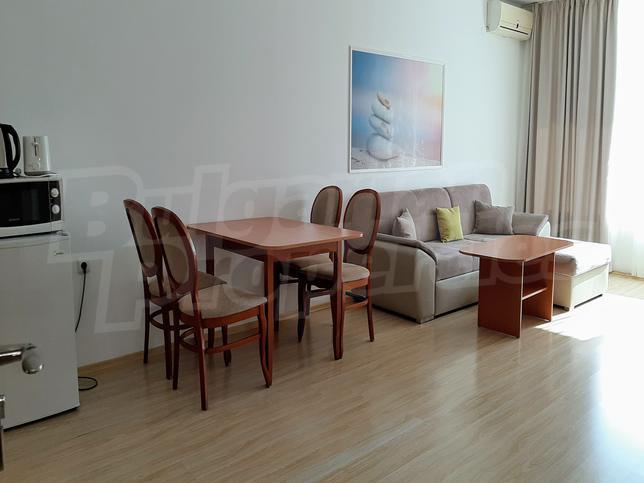 For sale
WATERFRONT
Spacious one bedroom apartment in a complex on the first line in Byala Byala (Varna) , Belite skali Furnished apartment in a gated complex without maintenance fee Excellently furnished apartment on the first line of the sea in a gated complex without maintenance fee in the town of Byala. The owners and guests in the complex can take advantage of restaurant, swimming pools, including children's pool, underground parking lot. The access to
€ 32 000
106.40 m2 (300€/m2)
Type of property: 1-bedroom apartment 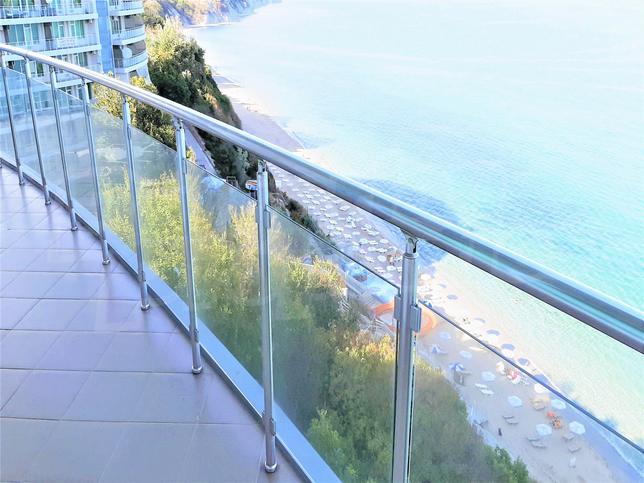 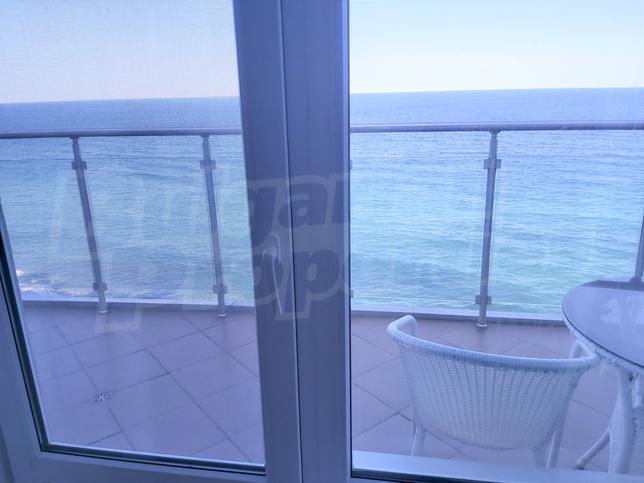 Yuliana Kurteva Estate Agent, Varna
Properties in Bansko
Buy your own property in the top ski resort of Bansko! An all-year-round resort suitable for winter and summer tourism with the best prices in Europe! Prices starting from as low as 10,000 Euros!
See More 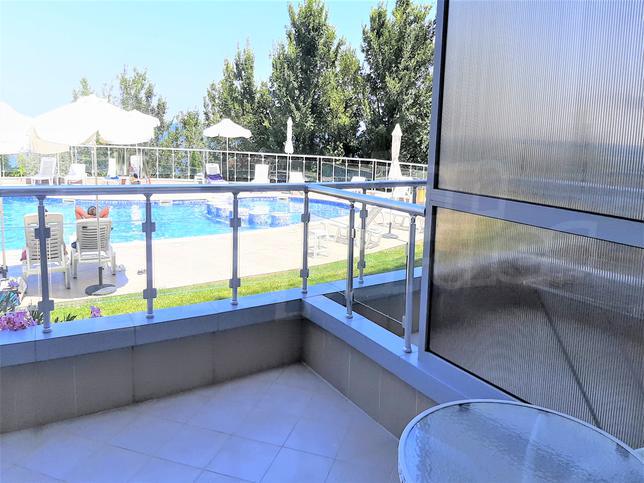 For sale
WATERFRONT
Panoramic studio in gated complex in Byala Byala (Varna) Seafront apartment without maintenance fee Excellent studio on the first line from the sea in the gated complex without maintenance fee in the town of Byala. It is set near restaurants and food store, cafe, pharmacy, St. Athanasius Fortress, fishing port, with direct access to the beach (100 m), which has a restaurant and
€ 28 900
68.58 m2 (421€/m2)
Type of property: Studio 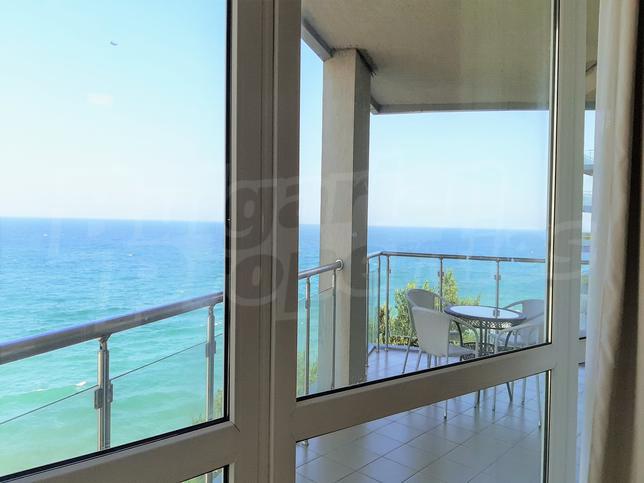 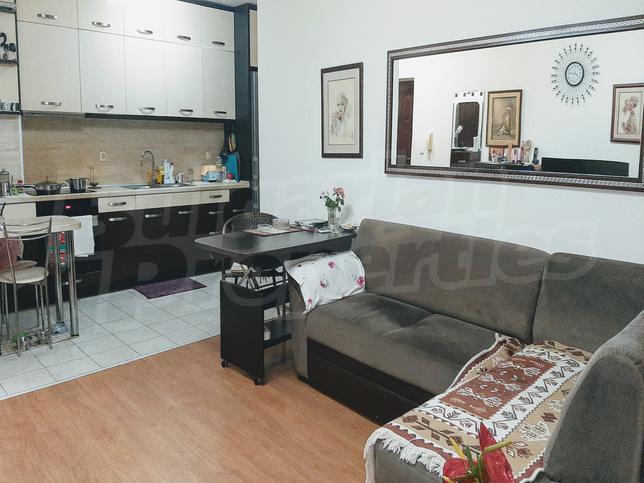 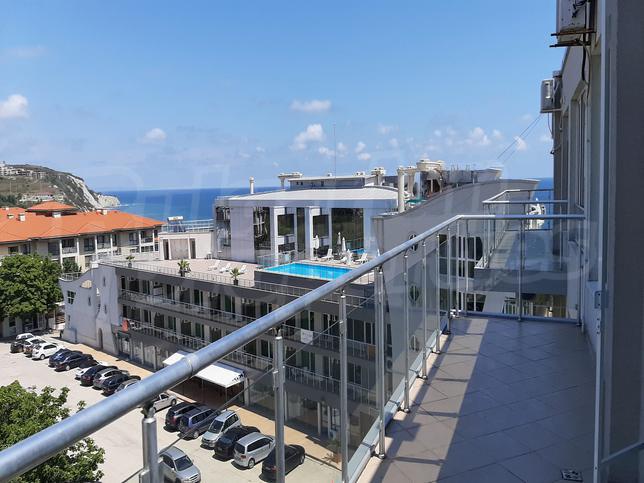 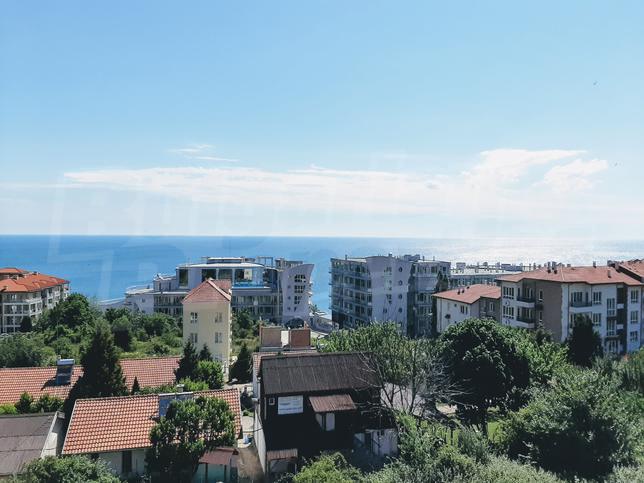 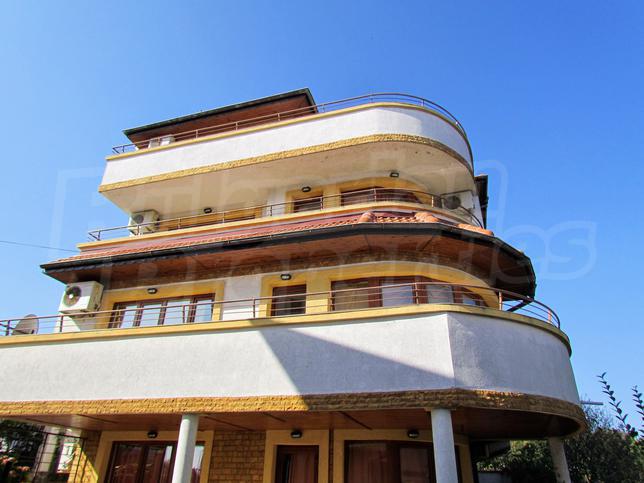 For sale
Luxury
Modern house with 6 bedrooms in the central part of Byala Byala (Varna) Four-storey house with panoramic views 400 m from the beach We present to your attention a new house (2008) with excellent architecture in a quiet and ecologically clean central area of the town of ​​Byala, only 400 m from the beach and 50 km from the sea capital Varna. The spacious four-storey house (363.3 sq.m.) consists
€ 420 000
363.30 m2 (1156€/m2)
Type of property: House 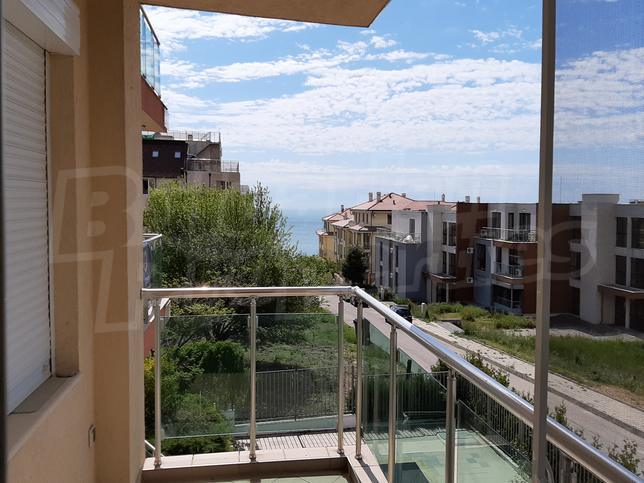 For sale
best bargain
Spacious one-bedroom apartment with a large terrace in the town of Byala Byala (Varna) Excellent home for investment or personal use with southern exposure Spacious one-bedroom apartment, situated in a new building in the town of Byala. The city is located on the Black Sea coast, very quiet and offers its visitors the opportunity for a complete vacation. Communicative location, close to the beach and restaurants in the city. The
€ 27 000
71.00 m2 (380€/m2)
Type of property: 1-bedroom apartment 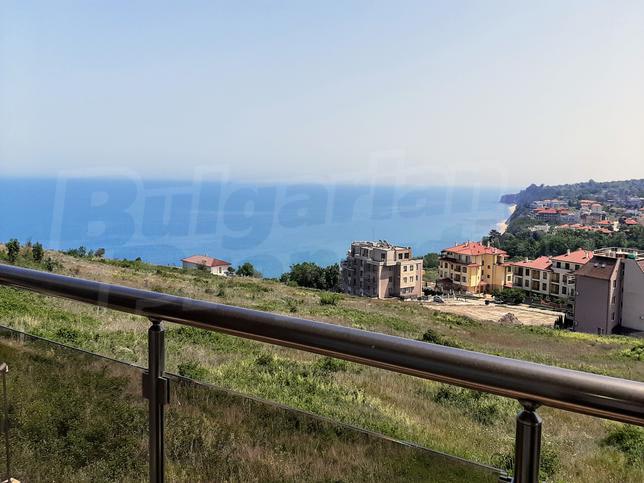 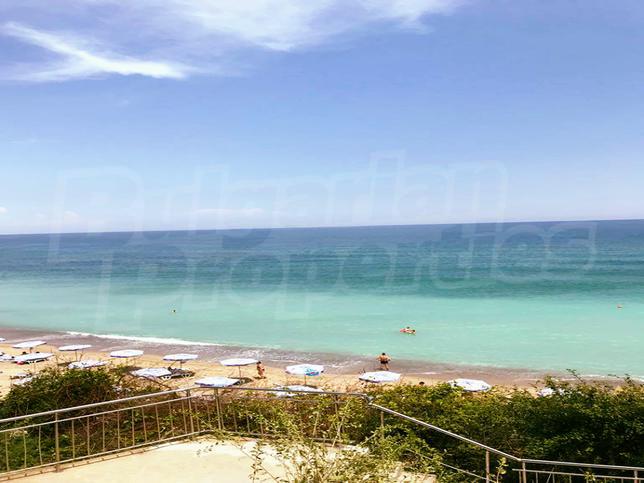 For sale
WATERFRONT
One bedroom apartment with beautiful sea views in Byala Byala (Varna) Fully furnished apartment near the beach and all amenities One-bedroom, furnished apartment with direct sea view, located in a small building on the first line of the sea in the town of Byala, Varna region. The extensive beach is two minutes from the building. The beach stretches to the old fortress on Cape "St. Athanasius". Supermarkets
€ 40 000
55.43 m2 (721€/m2)
Type of property: 1-bedroom apartment 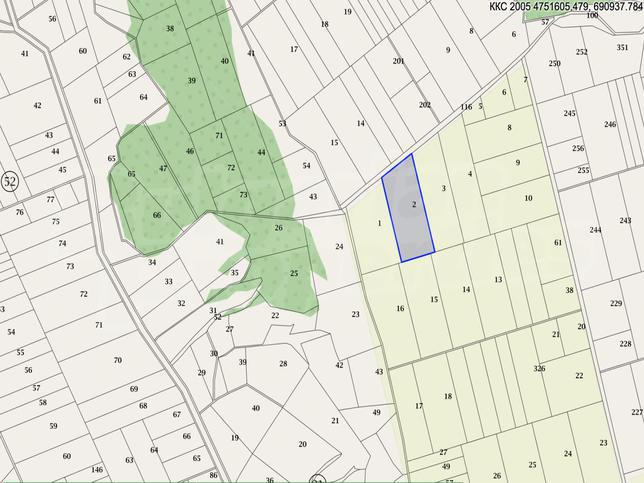 For sale
Agricultural land in Byala (Varna) Byala (Varna) For sale - agricultural land We offer for sale plots located in the land of the town of Byala, region Varna in the Sheibali and Dabrava localities. The plots are currently being cultivated. They are located near an asphalt road, in a picturesque area with beautiful nature and fresh air. Excellent location,
€ 119 978
15997.00 m2 (7€/m2)
Type of property: Agricultural land 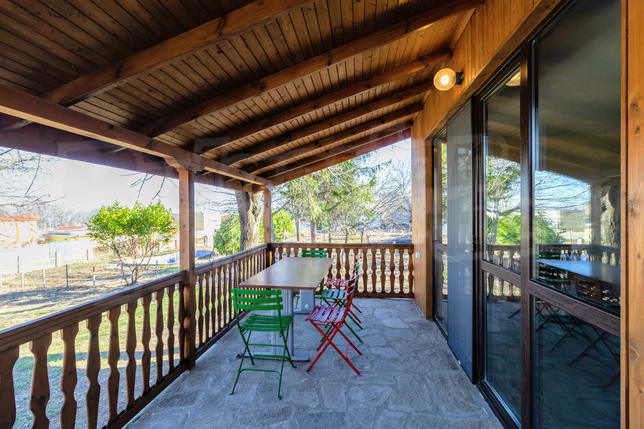 For sale
1-storey house with landscaped yard near the beach of Byala Byala (Varna) , Central Beach Lovely seaside house with veranda, parking spaces, gazebo, barbecue Newly-furnished one-storey house on a quiet and green street 5 minutes from the central beach of Byala. The property is extremely suitable for permanent living or for the lovely vacations of your family. The house (80 sq.m.), facing south / east, has a nice veranda, spacious
€ 80 000
80.00 m2 (1000€/m2)
Type of property: House 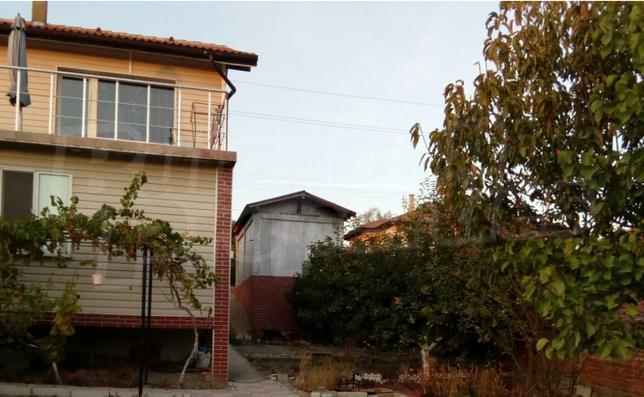