Bulgaria is now proud of yet another record holder in the Guinness Book. A few days ago, Mariyana Pavlova, born in the town of Smolyan in the Rhodope Mountain, officially received her certificate from the Guinness Book of World Records, which recognizes her as the female singer with the lowest voice on the planet. The record was made at the studio of Andy Brooke, a rock musician and recording artist who has worked with a number of popular names on the world pop and rock scene.

Mariyana, the daughter of the famous Rhodope singer Hristina Lyutova, says she has long dreamed of such a distinction and admits:

I was absolutely sure of myself. Singing the lowest note was no problem. Even as a student, in the town choir of Smolyan, I sang in the lowest registers. This continued when I studied at the National School of Folklore Arts in the village of Shiroka Luka and then at the Rhodopa professional folklore ensemble, she recalls.

After the Rhodopa Ensemble in Smolyan, to which she devoted 16 years of her career, Mariyana Pavlova moved to the Bulgarian capital Sofia, where she sang consecutively in several choirs, including Vanya Moneva (then known as the Cosmic Voices), Dragostin Folk National, The Great Bulgarian Voices and in chamber formations - the Slavey Quartet and the Rhodopeia Trio. And our renowned composers Krassimir Kyurkchiyski and Stefan Dragostinov once again reserved the low notes for her.

As early as 19 years ago, Stefan Dragostinov wrote three songs for the Rhodopeia trio, in which I had to sing a D2 note in the great octave which is in a very low register for a woman. This is in the men\'s bass-baritone vocal range. Then, in Manchester, with him I sang a C or what known as a C grande by the musicians. And the note of my Guinness record is my B flat in the counter octavе (2B). 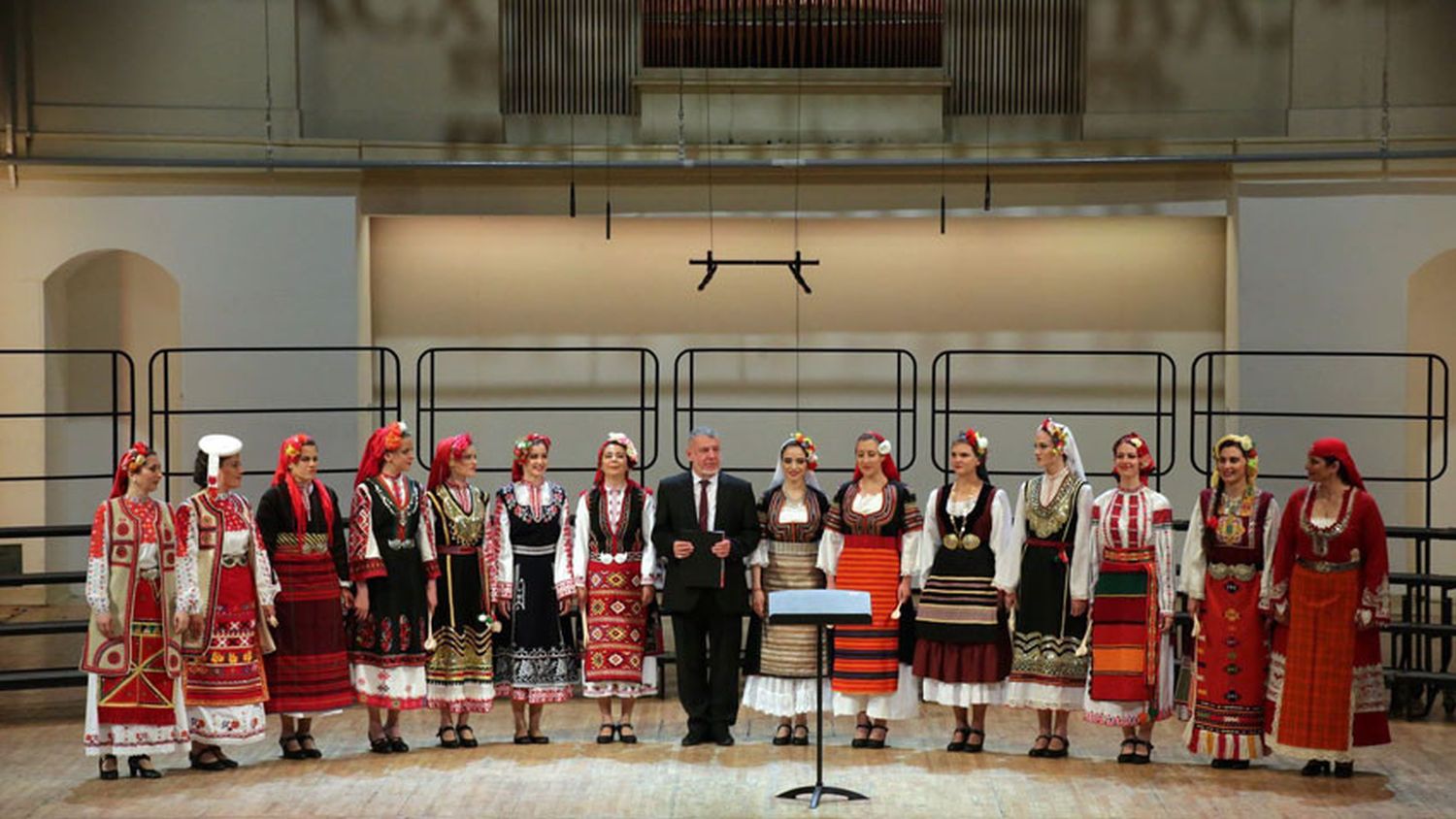 For the listeners of the Bulgarian National Radio, Mariyana Pavlova demonstrated her performance for which she was awarded the Guinness World Record for the Lowest Female Voice.

The celebrated singer now lives in London. Most of her loved ones are there as well. Mariana Pavlova left Bulgaria five and a half years ago, as she says  because she felt bitter about the prevailing attitude towards artists in her own country:

I was also disappointed that Bulgarians with good financial opportunities did not want to invest in high-quality art, Mariyana Pavlova continues. By the time, my brother and his family had settled in the British capital. Then my young daughter left and got married, gave birth to a child, and I have a granddaughter, half Chinese. So to be of help, I moved to London too. However, I did not sever my connection with Bulgaria. I continue to be a part of Dragostin Folk and we tour the Bulgarian and international stages together. I also hold workshops in France, Switzerland and Germany. England is also a country with many opportunities and we feel good. Of course, I miss a lot Bulgaria and especially the Rhodopes. I haven\'t been there for nine years. My heart is in pain. When I go to bed in the evening, I imagine the meadows of Rozhen, also I think about the hymn song of the Rhodope Mountain \"Bela sam, bela, yunache and I hear the sound of bagpipes in my head. Thats how I calm down

The audience in Sofia can see Mariyana Pavlova on October 22nd this year at the concert of the Dragostin folk band at the Lyubomir Pipkov National Music School in Sofia. This will mark the groups 25th anniversary.

Selection of properties in Smolyan district

Share
Belle Epoque Beach Residence
French style beachfront residence in the popular beach resort of Lozenets on the Southern Black Sea coast. The complex is completely finished and fully operational. There is a special offer for Summer'2019  guaranteed rental of 5% annually.
See More
Beach Villas on the Bulgarian Black Sea Coast
Searching for your own place in the sun?
Explore our selection of lovely houses and villas situated in the beach resorts and in the villages nearby! Prices with no competition in Europe!
See More
Follow us