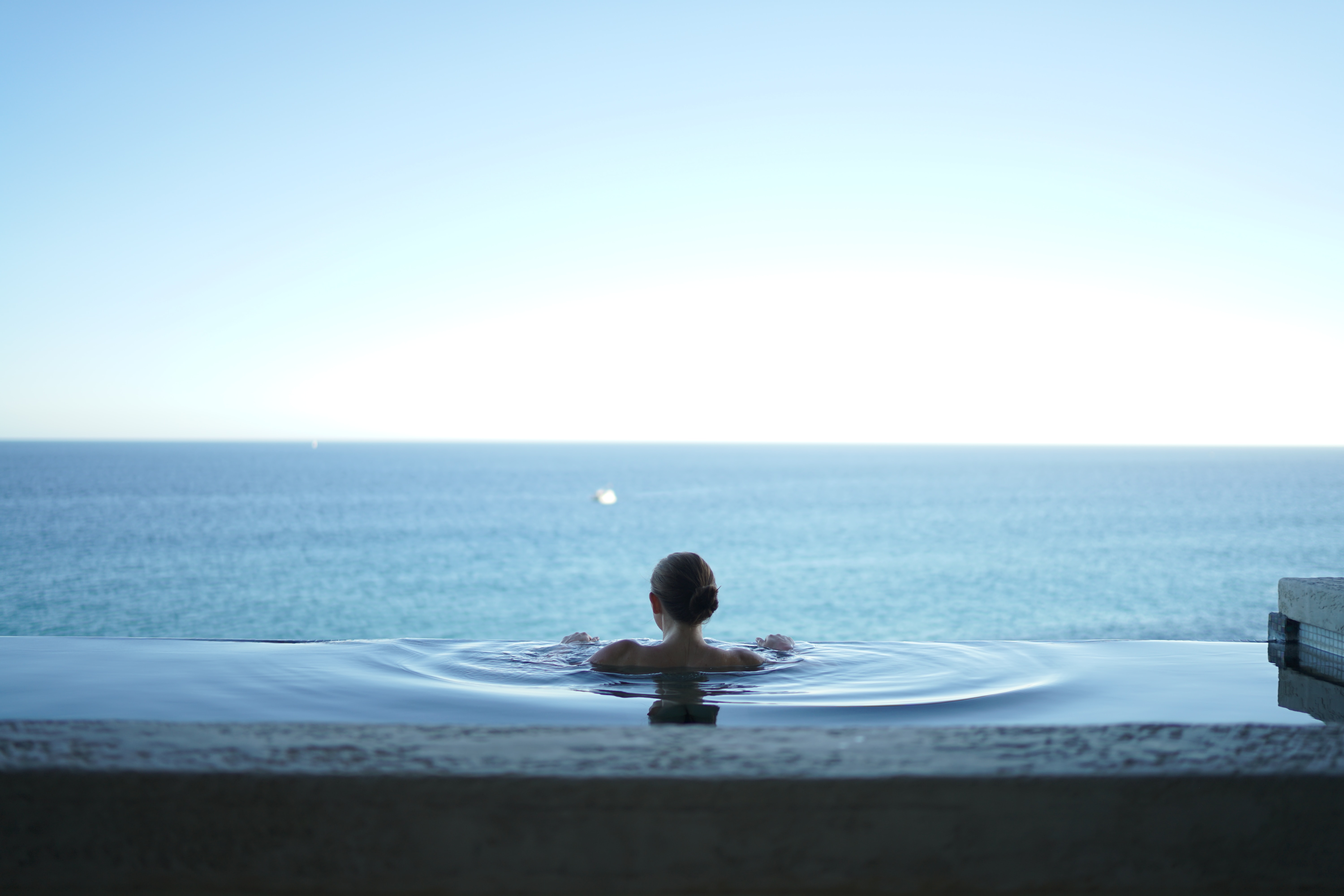 If you're tiring of T-shirts and wide-brimmed hats to beat the summer heat, inspiration may be at hand from a Bulgarian summer tradition  rolling around in the mud.

Every summer thousands of locals and tourists flock to an improvised mud-and-lye "spa" on the edge of an open-air salt factory near the Black Sea city of Burgas.

Apart from its cooling effects, people also believe there are health benefits from spending time in the basins of pinkish lye water at the site.

Lye  a chemical by-product of the salt making process known for its healing properties  is found in the water itself giving it a thick, salty consistency.

For an entry fee of just one euro you can spend as much time as you like floating around in the pools  formed from one large lake  before coating yourself in mud from the water's edge.

Previously the "spa" was only popular with locals but has recently had something of a facelift, including new walkways and platforms.

The salt mine which owns the site says that it pulls in as many as 4,000 visitors a day. German tourist Gerhard Mueller, 70, says he has become a frequent visitor after the mud helped relieve a pain in his right shoulder.

"It's very nice, your skin feels velvety and it gives you an overall nice feeling," 35-year-old Nataliya Yaneva from Burgas says with a smile, her face totally covered with mud.

After the mud dries, people wash it off in the lye basins or opt for a cold plunge in the Black Sea just across the reeds.


Share
Vitosha View - an exclusive residential development in Sofia
Vitosha View is a gated complex at the foothills of Vitosha Mountain. It offers urban environment combined with the home atmosphere and the greenery of a beautiful garden. Vitosha View enjoys an attractive location and is perfect for investment in the Bulgarian capital.
See More
Borovets Gardens 2 - the second phase of the popular complex
Feel at home in Borovets! Buy your own vacation apartment in one of the best rated complexes in this top mountain resort. Progressing construction with planned completion in December 2020 for the new winter season. A wide range of available apartments at attractive prices, suitable for rental income.
See More
Follow us