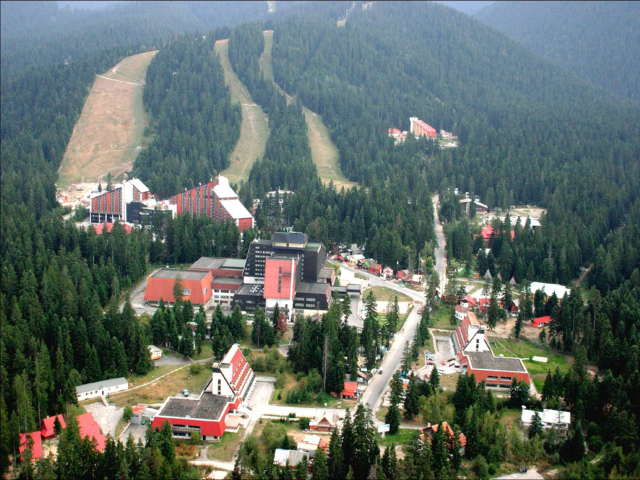 New ski projects are launched in Samokov region, while Super Borovets awaits its start. Hristo Kovachki is the new big investor in the region. Companies close to TIM Ltd also intend to invest in the region.

Samokov and Borovets are quieter, in comparison to Bansko, where new ski, golf and spa projects for hundreds of million BGN are presented every single day. There are no huge billboards, advertising the next luxurious apartment complex and signs Great Deals: Land Plots for Sale. There are no long lines of tracks and piles of construction materials cannot be seen in Samokov. In fact the region looks calmer, compared to Bansko, regarding the investment activity.

However this is soon about to be changed, as things around the Super Borovets started moving last month. The majority part of Rila- Samokov 2004 will most probably be bought by the British investment fund Equest. The movements around Super Borovets project, made other investors force their projects in the region.

Samokov Municipal got serious funding by deals with land plots and is now preparing for reconstruction and construction of new infrastructure. Hristo Kovachki is one of the biggest investors in the region (with several projects for ski zones). Several other companies are also eyeing the site, among which are companies from the TIM group, (mainly for summer tourism).

The municipal administration and local people hope that the Super Borovets project will get the region out of the long stagnation.

In such a big organization, the decisions are being taken slowly, but at least we have guaranteed security, that there will be enough funds and the project will finally start, said Ekaterina Vladadjiiska, member of the municipal council of Samokov. Meanwhile the other investors do not want to wait for the start of the Super Borovets project and are already overlooking their plans towards the region of Samokov.

Considerable funds will be invested in the region by Hristo Kovachki. During the next three years, he plans to construct a park near the town, a four star hotel, ski slopes and rehabilitation centre.

The construction of a park near the town in the Boricho site, south-east of Samokov, is a priority for the present year. Two 1.5 km long slopes, a lift and snow cannons for artificial snow will be constructed in the site.

A villa site and a panorama restaurant will be constructed on the upper station of the lift. Houses for rent and sale will be constructed on the lower station of the lift. Our idea is to enliven the region and transform it into an attractive site for the locals. We want to attract Bulgarian tourists, because Borovets is still an expensive resort for some of them, said Emil Nikolov, consultant in Boriko 2007 company, where Hristo Kovachki holds 75%. According to Nikolov, the amount that will be invested in the project will be over 7 million BGN. We want to finish the infrastructure in the site  slopes and equipment. We do not rely on a fast profit, said he.

Ekaterina Vadadjiiska explained that Samokov municipal intends to construct a ring road, which will connect the new Samokov neighbourhood - Boricho with Samokov and the road to Govedartsi.

The other project of Kovachki will be constructed in the heart of the now existing Borovets  the Martinovi Baraki site. Two 3-4 kilometres long ski slopes are planned to be constructed in the site. The two slopes will start from the Sitnyakovo site and one of them will pass by the forestry building, where numerous hotels and apartments house are now being constructed. The other slope will be close to Martinovi baraki site, where we plan to construct a high quality hotel explained Emil Nikolov. The total investment for the project will reach 18  20 million BGN and if all documents are prepared, the project will start in 2008.

Boriko 2007 also plans to invest in the centre of Samokov. At the moment the site is taken by the towns hospital. The project plans to transform it into a modern rehabilitation centre. However the concept and the total amount of the investment are still not clear.

Hristo Kovachki participates in Boriko 2007 company as a majority owner with his company LM impex. The other 25 % shares are owned by the Samokov municipal, which participates with municipal land plots (estimated on 1, 6 million BGN), where the projects will be constructed. The total capital of the company reaches 6 million BGN, but the investments in the projects will most probably exceed this amount.

The territory plan of the Samokov  Beli Iskar  Borovets is already prepared. It plans the development of three main bodies  Lower Borovets with a capacity of 7000 beds, Beli Iskar with 1600 beds and Borovets with 8400 beds. Over 80 kilometres ski slopes will be also constructed, together with lifts with capacity of 30 -35 people per hour, as well as complete infrastructure of the region. It is still not clear when the construction works will start, but the deal for the majority part of Rila - Samokov company is about to be finalized. Equest announced that they will not only invest in the project, but will also work active, to attract new investments to complete the project which is estimated to cost over 350 million euro.

LM Impex holds 50% in the NADAR 2006 company (the Samokov Municipal is the other shareholder in the company), which invests in the development of the region Mala Tsarkva, Madgare, Govedartsi and Maliovitsa. The plan is to form 4 main tourism bodies  in Mala Tsarkva village, over Govedartsi village, in the Nadaritsa site and in the site between Guletschitsa and Maliovitsa. Over 50 kilometres new ski slopes and hotels with a capacity over 10 000 beds will be constructed. The idea is the infrastructure in this region to be managed by one company, said Nikolov.

At the present moment companies connected with the TIM Company also plan to invest in the region. According to source, close to the company, one of the companies in TIM, own a land plot in close vicinity to Borovets bus station. The company waits for the development of the Super Borovets project, before they start investing in the site.

Share
Properties in the Bulgarian Beach Resorts!
Check our selection of properties on the Bulgarian Black Sea Coast! Attractive prices starting from just 15,000 Euros for a furnished studio! Regular flights to Burgas and Varna international airports. Perfect for frequent visits, summer holidays and more.
See More
Unique residence in Old Town Nessebar
A property you can't find anywhere else in the world! OLD NESSEBAR only exists in Bulgaria and we have a unique residence for sale in this ancient city which is part of UNESCO's list of World Heritage Sites. Find your home in a place of timeless beauty which has survived through centuries and has preserved the wisdom of many cultures and civilizations. Visit this traditional-style new build residence now with a 360-degree virtual tour.
See More
Follow us