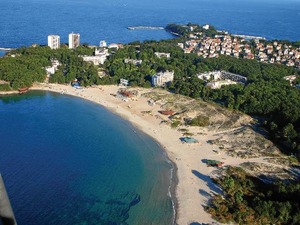 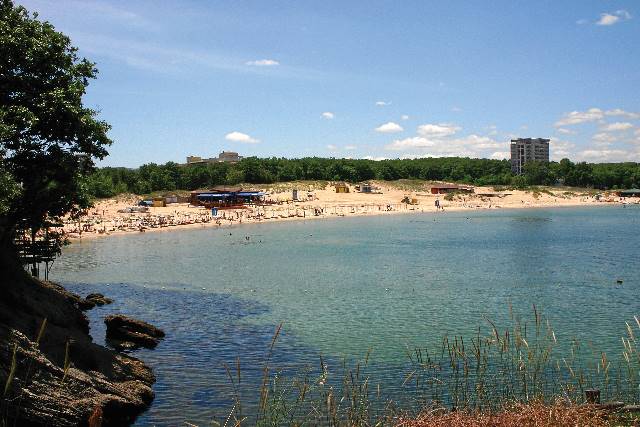 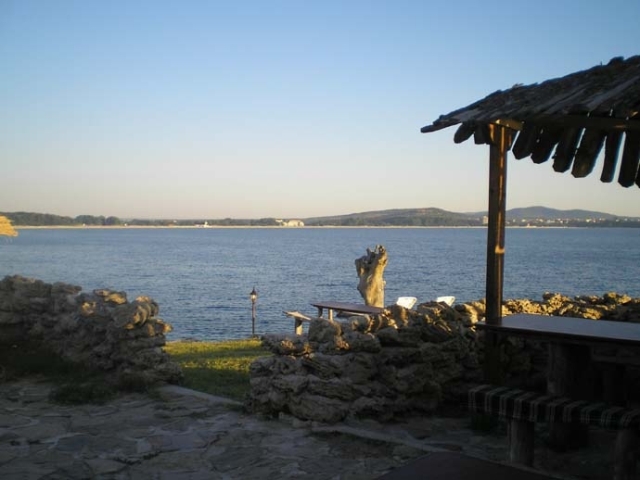 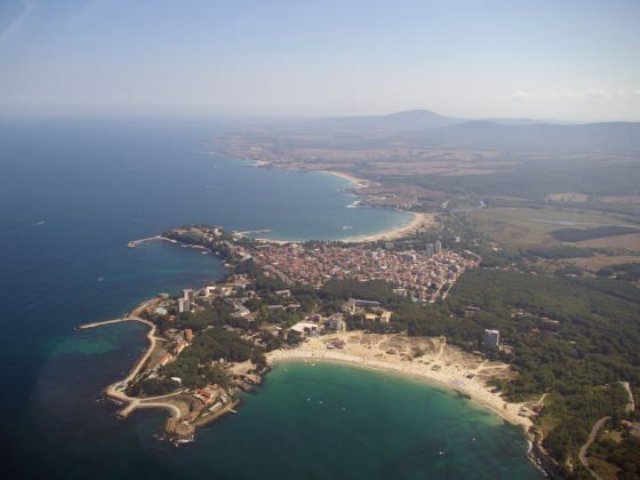 Kiten is one of the most attractive sites on the southern Black sea coast, where the forestry Strandja spurs are reflecting in the crystal clear sea debris. The name of the town is translated as pretty and each newcomer is charmed by its mild climate, intact nature and sea and hospitable locals. As a little gem, Kiten has spread itself along the Black Sea Coast between two municipal centres - Tzarevo 10 km away and Primorsko - 5 km away.

Until the Balkan Wars in 19121913, there was only an unmanned pier used to export wood and charcoal on the site. Kiten was founded in 1931 by 30 families of Bulgarian refugees from Eastern Thrace who resettled there from the newly-founded refugee village of Fazanovo. However, the area has roots from Antiquity, as amphoras from the 6th century BC were found on the south beach (Urdoviza). Kiten was declared a national resort in 1962, and since 1981 it had been administratively a quarter of nearby Primorsko. On 17 June 2005 the former village was proclaimed a separate town in order to more effectively cope with the growing number of tourists, primarily from the Czech Republic, Slovakia, Serbia, Russia and Germany.

The romance is in the picturesque nature and the two cozy beaches: the northern- Atliman and the southern- Karaagach. Between them the sea is jutting a small peninsula, named Urdoviza

The two local beaches are real paradise for holidaymakers. Fine golden sands, warm sun and calm sea offer great opportunity for a perfect holiday away of the bustling big resources. The northern beach is very attractive for its beautiful sand dunes.

Tourist can enjoy the numerous choices of local restaurants and taverns. Almost every hotel has its own inside saloon and a summer garden restaurants. Most of the restaurants offer traditional Bulgarian cuisine, fish and sea delicacies, barbeque grill. Life music or additional attraction is a common service in the restaurants.

Those who want to experience wild night life can make their choice of party in one of the numerous night clubs and discos in the town.

View all our properties for sale and rent in Kiten

Share
Hot properties in Bansko - the best offers are here for you!
Buy your own property in the top ski resort of Bansko! An all-year-round resort suitable for winter and summer tourism with the best prices in Europe!
See More
Properties in the Bulgarian Beach Resorts!
Check our selection of properties on the Bulgarian Black Sea Coast! Attractive prices starting from just 15,000 Euros for a furnished studio! Regular flights to Burgas and Varna international airports. Perfect for frequent visits, summer holidays and more.
See More
Rural Houses in Bulgaria - wonderful in every season!
A real peace of heaven in the Bulgarian countryside! Your own holiday home in a magic world hidden from the stress and the noise of urban life.